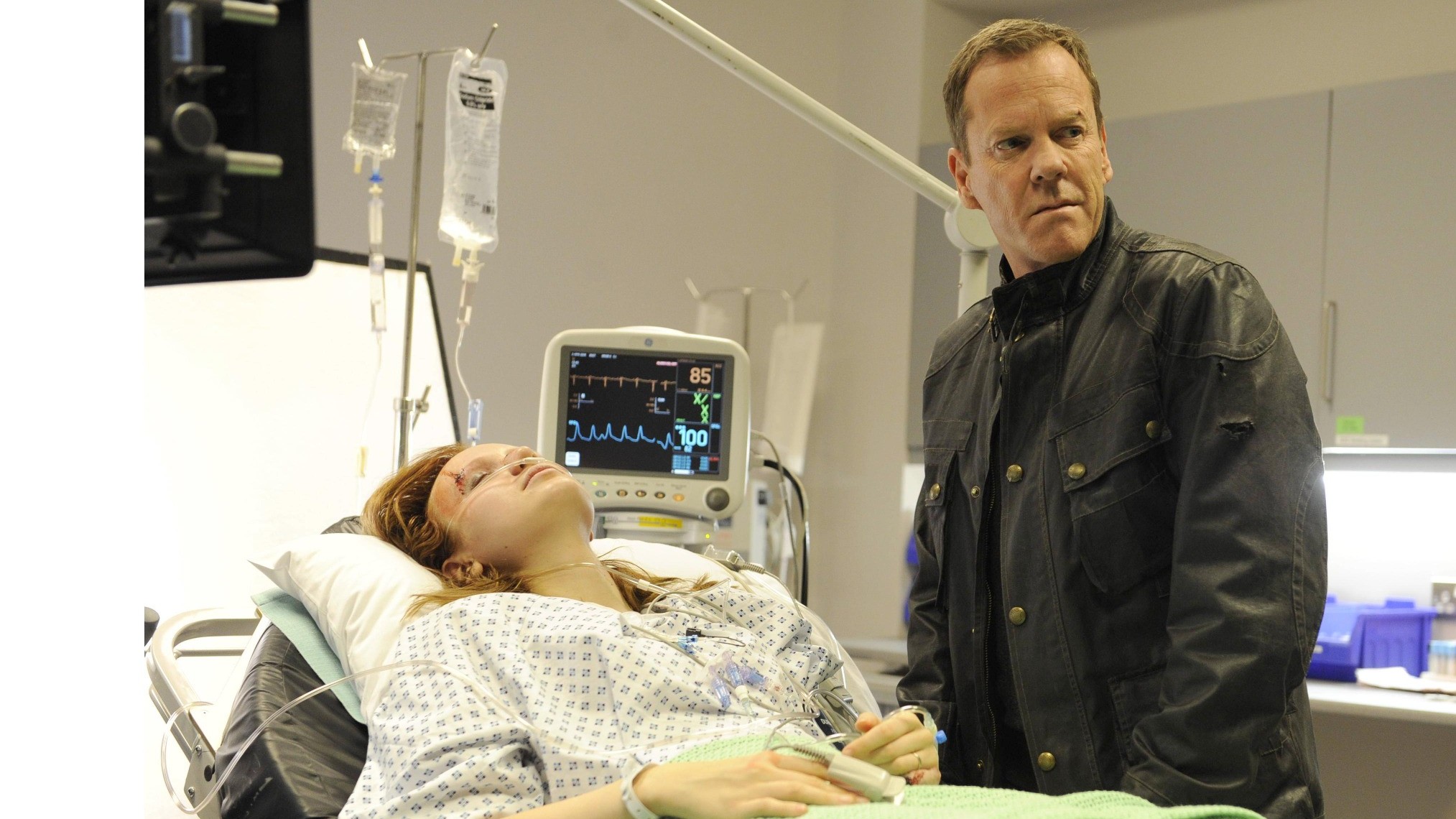 Simone is on the ground, looking really dead. And the daughter of Dead Naveen’s Dead Sister just told the police that the woman who got hit by the bus killed her mom. Which is very sad. But then Chloe, looking at the scene of the bus accident through her camera, notes that Simone may not be dead and then IDs her to Jack and lets him know which hospital they’re taking her to.

Regina George didn’t die either, you know. People survive getting hit by buses. I apologize for jumping to conclusions. Never again will I assume that a bus striking a human head-on would likely kill them. Never again.

So Jack and Lil Bauer the Kate are off. Bauer calls the president because Heller is in his Five, so Heller kicks the worthless Boudreau out of the room to talk. Bauer tells him of the Simone lead, and then also mentions that the prime minister sent in troops and almost jeopardized the mission. As this is happening, the prime minister walks in and the two heads of state have a showdown. A powerful, jowly showdown.

The prime minister comes at the president’s health and the president responds that if his health were an issue, he’d resign. The president wins this argument, because #America. And the prime minister agrees to give Jack all the resources he needs. Without any visual proof, one has to assume the chief of staff is outside, ear to the door, figuring out a way to ship Jack to Sochi in exchange for Maria Sharapova.

After the Revolutionary War ends, we go to the ambulance carrying Not Yet Dead Simone. Then NYD Simone’s phone rings. It’s Murda Margot. One of the paramedics answers NYD Simone’s phone and tells Murda Margot about Simone’s condition and what hospital she’s going to. Murda Margot hangs up and is panicking, because now the police are involved. (She’s barely concerned about her daughter.) She speaks with her son to figure out which of their evil friends is closest to the hospital. Murda Margot looks crazy right now. Because the plan is beginning to unravel. 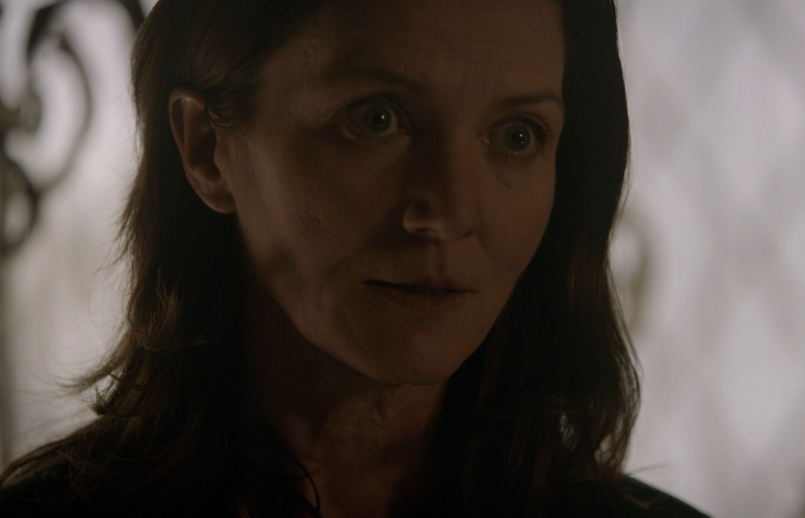 Next we arrive at CIA London to see Bad Bad Benny Bratts get a phone call. 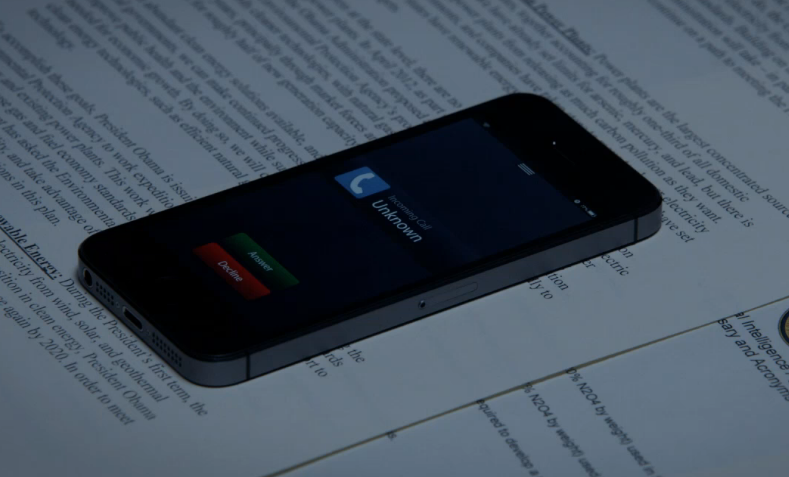 This is the official Bad Bad Benny Bratts sign to look around, appear nefarious, throw on his phone’s evil rumble-pack that somehow turns his real phone into a terror-phone, and then answer said phone. Bratts and the mysterious man have mole talk, and then we learn that one of the analysts is on Bratt’s trail. He doesn’t know it’s Bratts, but knows it’s something. And then we learn Bratts is somehow the source of intel to China, which historically is a bad thing on 24. Also, Bratts definitely framed Lil Bauer the Kate’s husband. This isn’t the same guy I trusted in Miss Congeniality. What a loss. You think you know — 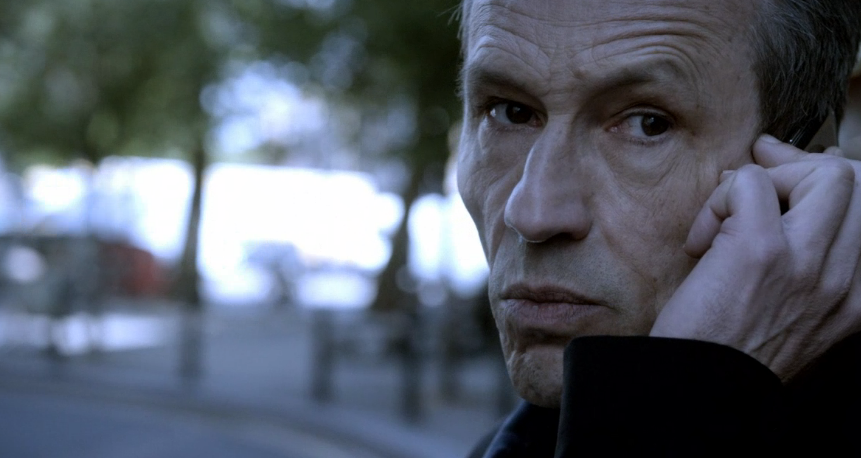 Benny Bratts’s evil connect is Adrian, Chloe’s semi-boyfriend, frequent snake, leader of the first-team All-England Hacker Squad, and occasional helper of Bauer. I can’t stress how bad this is. Granted, I have no idea what’s going on, but it is not good.

Now we go to the hospital and it looks like we’re minutes from stuff really going down. A lot of action is taking place, all in one building. Lil Bauer the Kate questions the little girl, who has an impeccable memory and tells her everything. Kate learns that Simone is actually “Aunt Simone,” and that Simone was urging the family to leave London before the stabbing of the little girl’s mother. 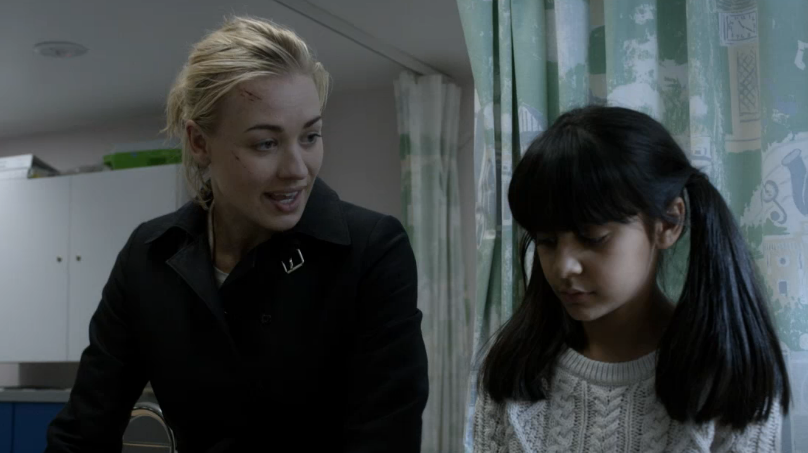 Then it gets super real when the sweet little girls says of Simone “I hope she dies.” Kids these days.

There’s also Margot’s terror-friend in the hospital — with a very well-groomed R&B beard — who is looking for linen smocks and NYD Simone. 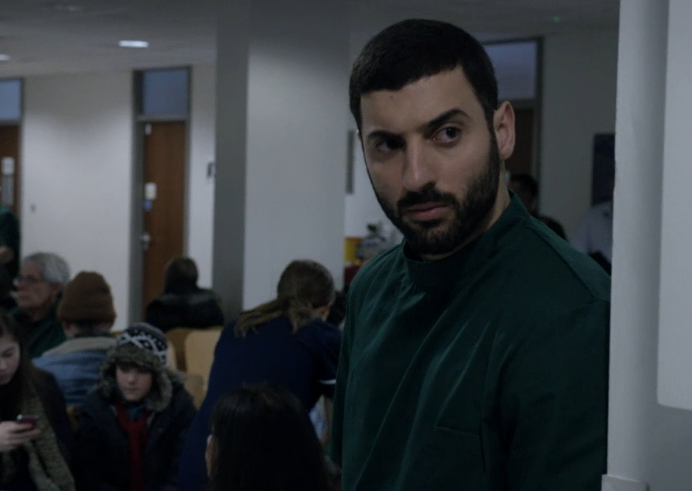 He calls Margot and tells her that Simone tried to warn Dead Naveed’s wife and kid to leave London. And that if the doctors wake her up, she’ll probably snitch. This does not make Murda Margot happy.

“We’ll take care of the rest from here.” 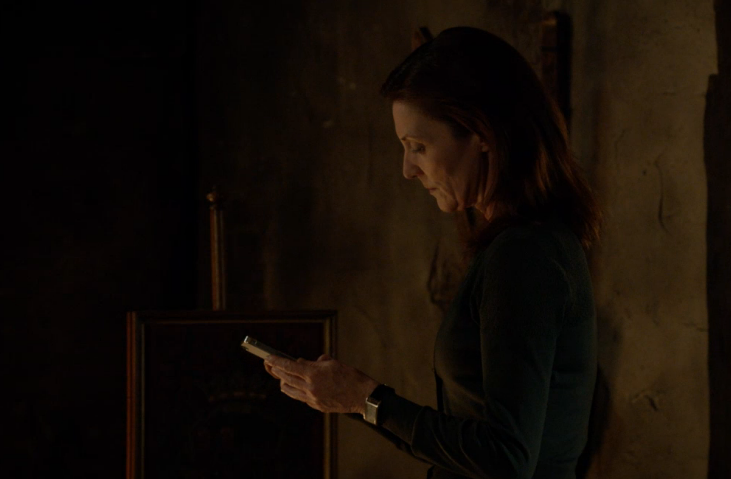 NO NO NO I KNOW WHAT YOU ARE THINKING MARGOT AND NO.

“She’s betrayed me once. I won’t let her do it again.” 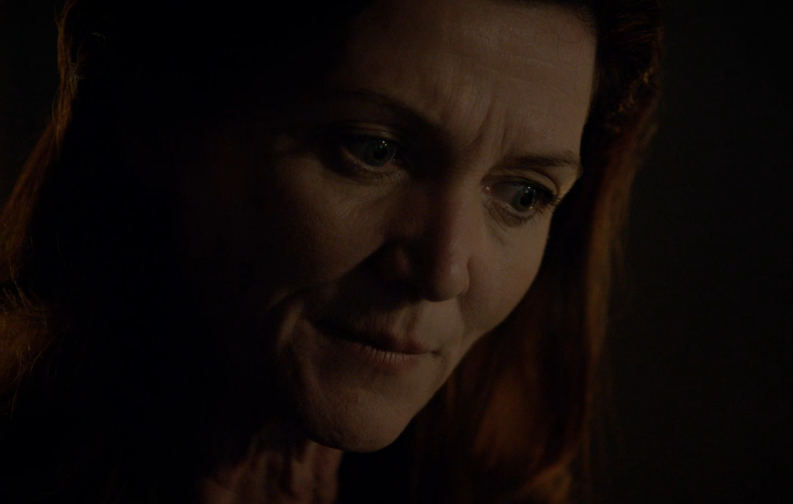 YOU CANNOT BOMB A HOSPITAL, MURDA MARGOT, THERE ARE RULES, EVEN IN TERROR, CHECK THE MANUAL.

“Move the drone within range of the hospital.” 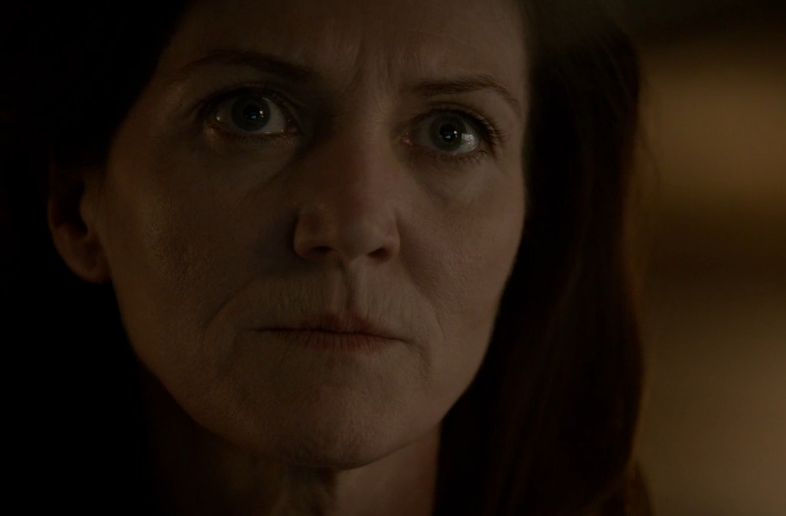 Back to CIA London and a truly terrible thing is about to take place. Benny Bratts is in a bind and he needs to get rid of his smart analyst, who’s only a few games of Minesweeper away from finding out Bratts is a mole. So Benny Bratts calls him into his office and says he needs him to go into the field to pick up an important package. The young man’s face lights up because he’s finally being trusted to go into the field. And he’s appreciative of Benny Bratts, not realizing the address is probably a house with a doorknob covered in nuke glaze. 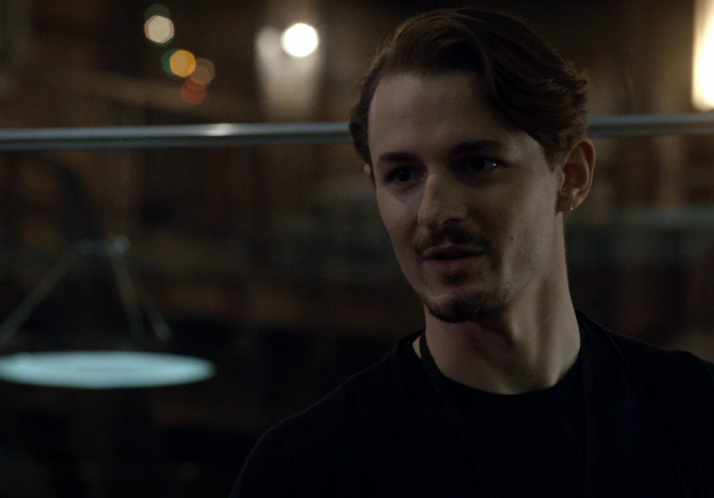 But he’s off. It’s like when you get the car keys for the first time as a teenager. Except in this scenario there’s probably a doorknob covered in nuke glaze.

After a quick scene in which Heller tells his daughter and his basura chief of staff that he’s about to resign, due to the health rumors becoming increasingly public, we go back to the hospital. 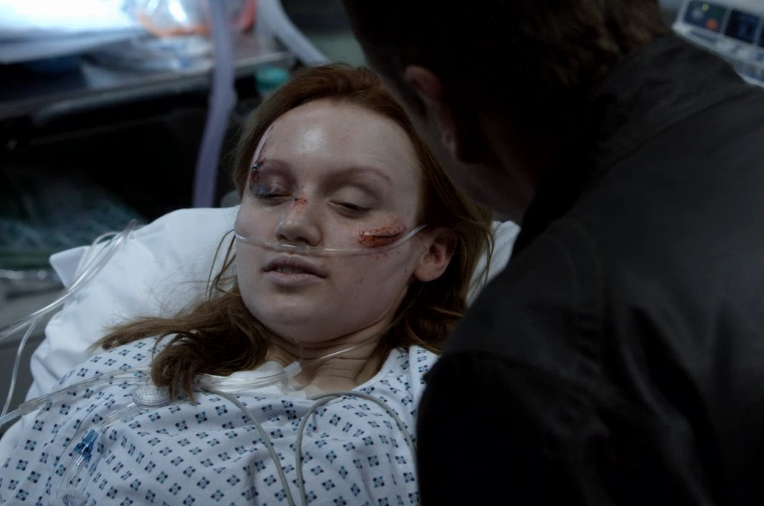 Simone is alive and talking, but is also still Simone. Which means she’s smiling and not being cooperative, even when Jack finds her messed-up finger and presses on it. She’s not helping. Leaving the room with Lil Bauer the Kate, Bauer spots someone. Bauer looks him up and down and realizes something is up. Within seconds, this: 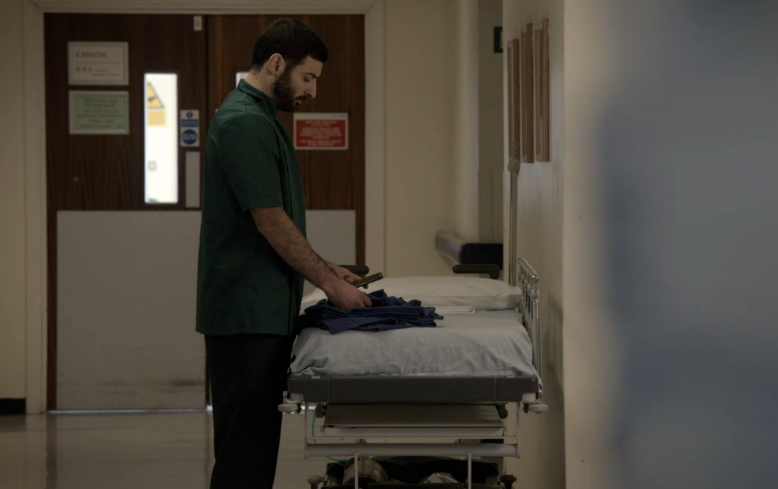 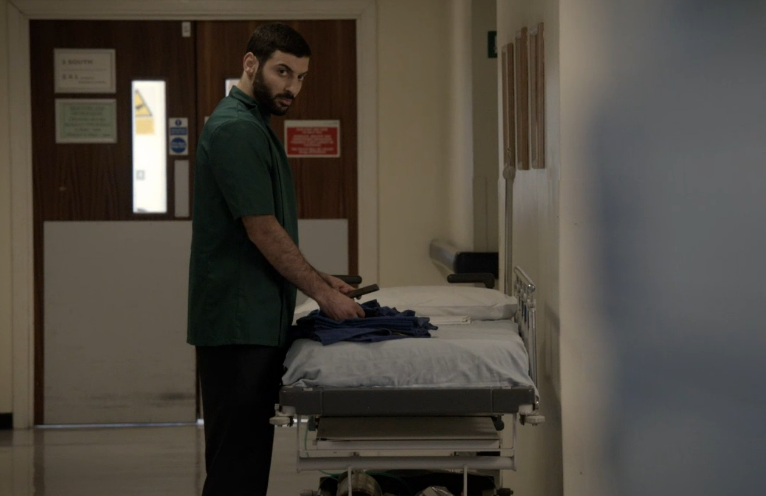 Which turns into this: 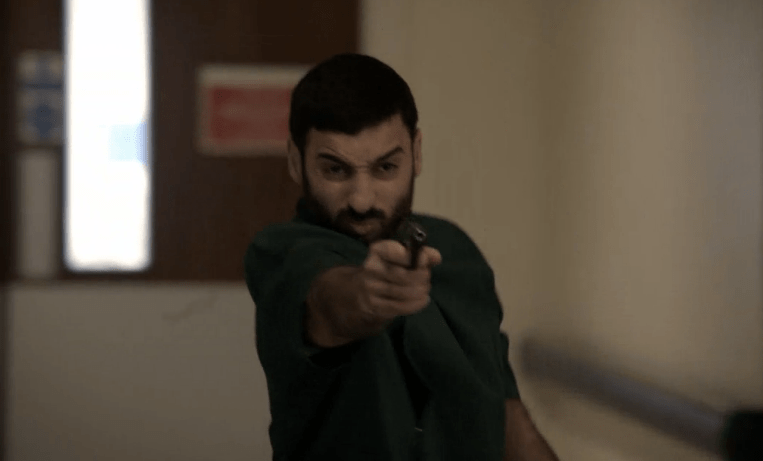 They chase him through the hospital. The police shoot and (obviously) kill him because Bauer needed him alive, and then they find his phone. They get all up in his SMS. 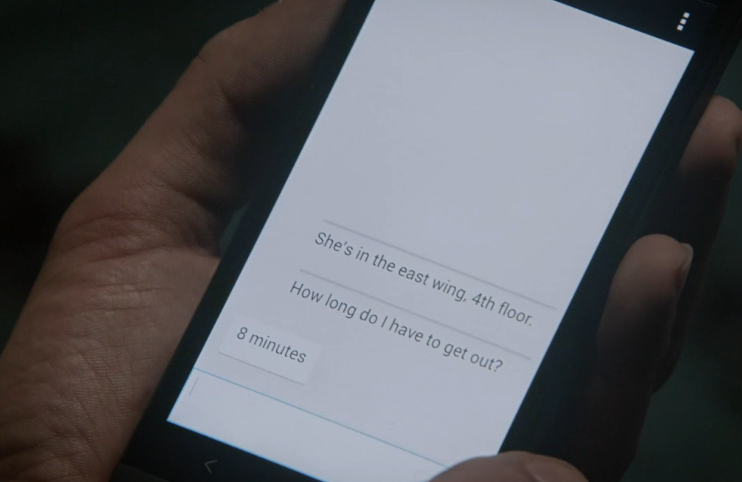 Margot’s bombing the hospital in eight minutes. This, like most things, is very bad. The only good thing, however, is that this show is starring Kiefer Sutherland as Jack Bauer. And this is a man who, when motivated, can get anything done. Like get his material witness out of a hospital right before it’s bombed. 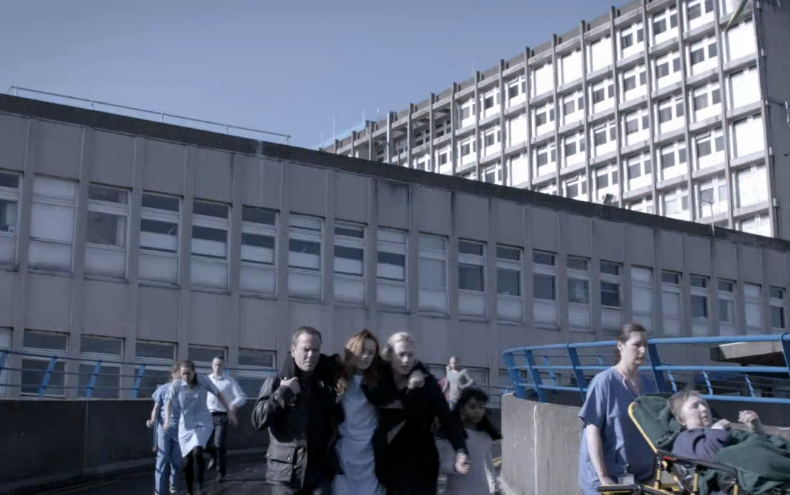 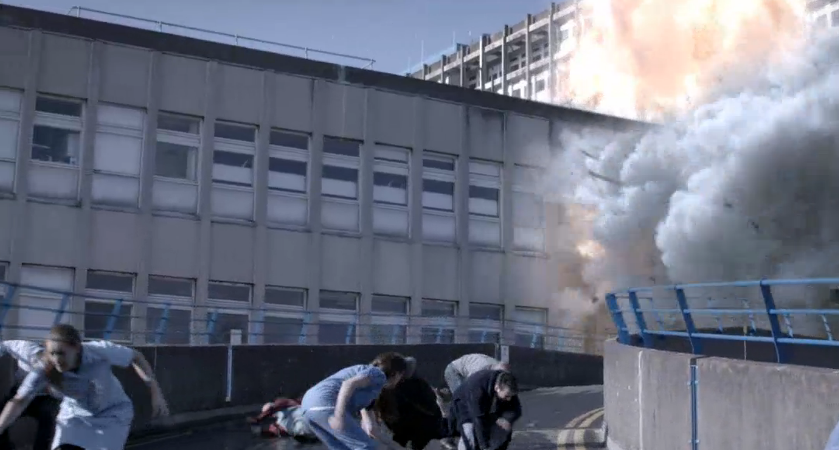 And then hop in a car and evade a missile headed directly toward his car. 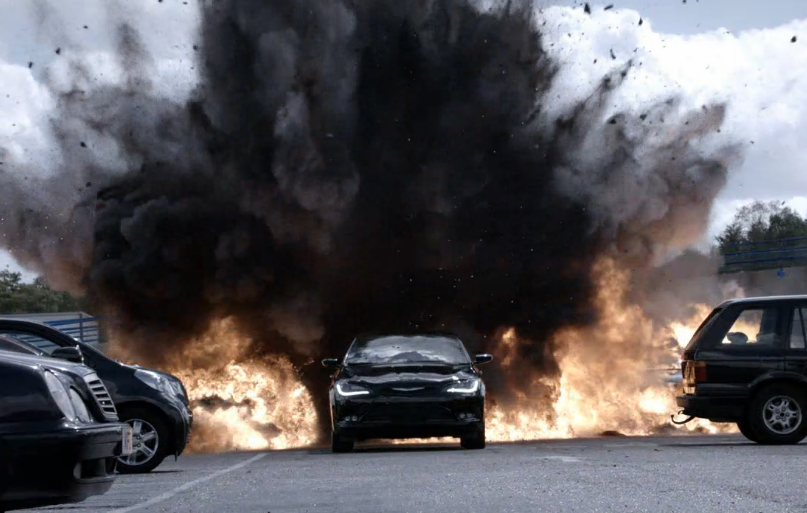 And then drive through the streets of London like Dom Toretto and escape yet another missile. 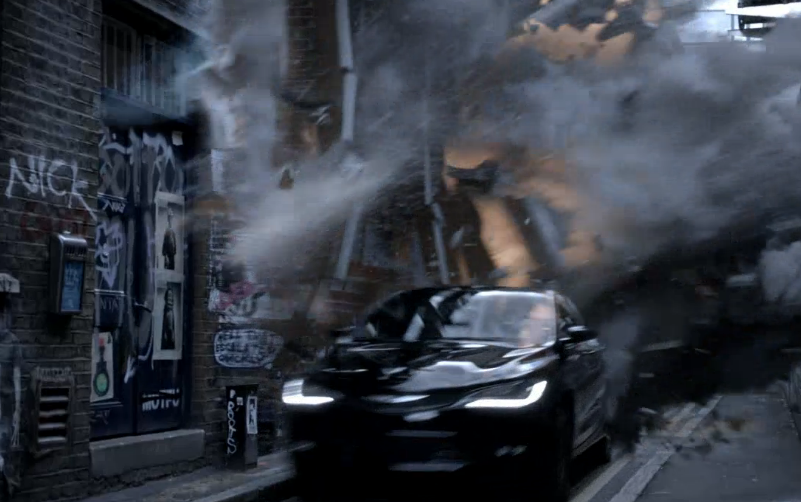 And then, in the height of stress from knowing drone-guided missiles are locked on you, pull the old “brick on the accelerator of the empty-car Statue of Liberty” trick and have Margot’s STUPID SON shoot their last missile within close range at the wrong car. 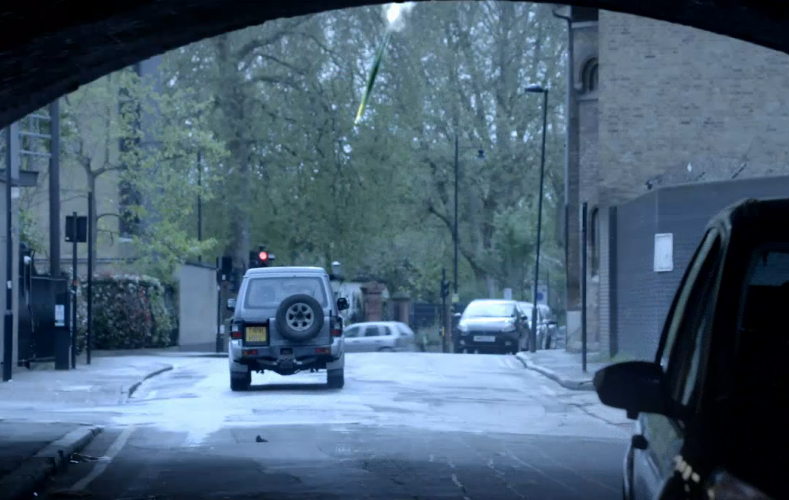 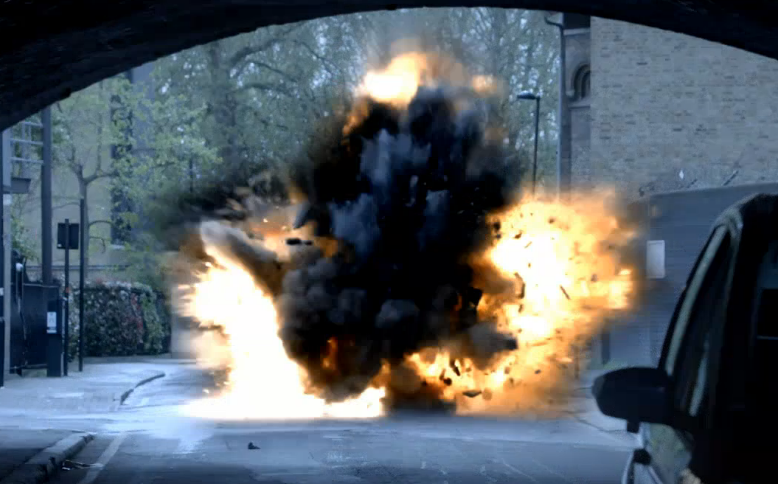 The son celebrates because he’d finally done something good. And then they realize it was empty. Not a good moment in the terror household. I laughed, though. Because they had four shots close to the basket to bomb Simone and performed like Terror Game Playoff Roy Hibbert. Just astoundingly bad. The bad you tell your kids about.

Kudos to Jack Bauer for being more sophisticated than drones. Which is proof that, yes, sometimes the humans can beat the machines.

In a more calmly violent scene, we see Bratts’s analyst show up to the address and promptly get shot. So there’s that. And then we move over to the chief of staff, sneakily outside his private meeting with the Russian deputy minister. (Class: Mammalia. Order: Mustache.) 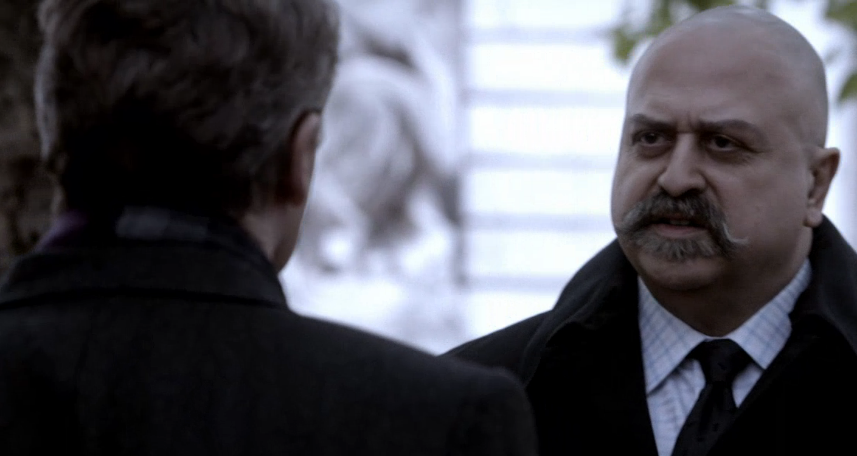 Mustache is a genius. Not only does he know President Heller didn’t sign anything, but he knows about Chief of Mister Get Your Girl Stolen’s jealousy toward Audrey and Jack. And then he reminds Boudreau that forging a president’s signature is treason.

Look at this loser’s face. 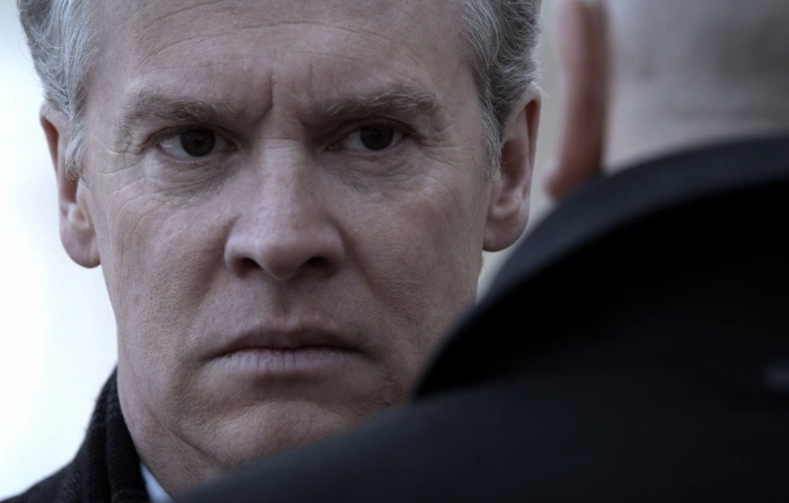 Ever the comedian, Scar Boudreau hits Mustache with “it’s impossible to try and intimidate me,” which I’ve convinced myself is followed by the first, faintest of laugh tracks in the history of 24.

Just to outline how much Boudreau is messing up: Not only did he tell Mustache that Bauer is working under United States presidential orders (was supposed to be a secret), but then agrees to still deliver him to the Russians (which is not allowed). He’s really becoming a top-10 worst 24 character, after Charles Logan and eight Sherry Palmers.

Wrapping up: We see that somehow the analyst didn’t die, which is not good for Benny Bratts, and then witness a phone call between Jack and the president. Heller needs to see Jack. Jack agrees and heads to him. And then the president hangs up and puts on a nice blazer.

AND THEN FACETIMES MARGOT AL-HARAZI. 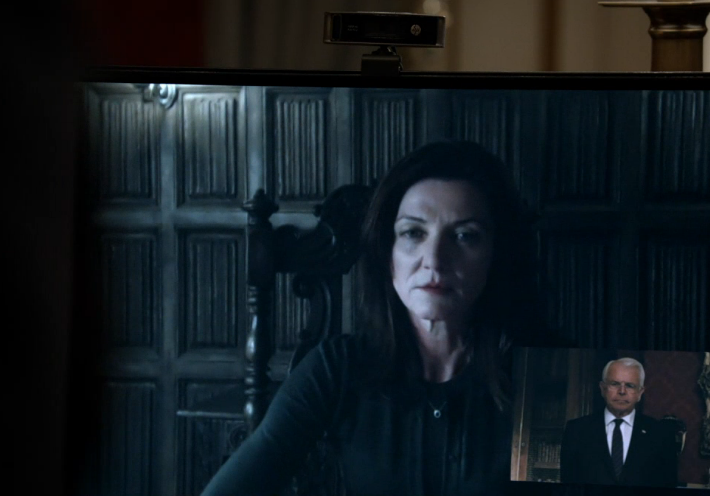 They do the thing where a hero and a villian finally meet and dramatically say each other’s name. And then President Heller essentially tells her he’s ready to give himself up to her, presumably since he was going to resign anyway. She suspects something’s up, but goes along with it, as long as it’s just between the two of them. 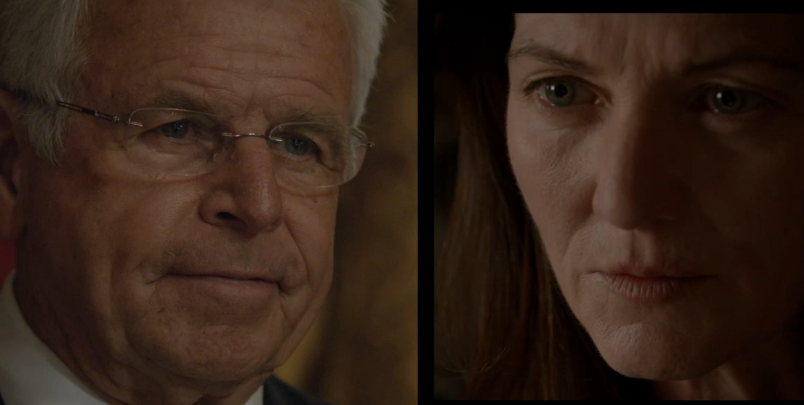 Maybe this isn’t the time, but they’re kinda cute. Maybe Margot just has a crush? Did Heller swipe right? I CAN’T WAIT FOR THEIR FIRST DATE NEXT EPISODE.