The Conclusion of the Summer Mailbag 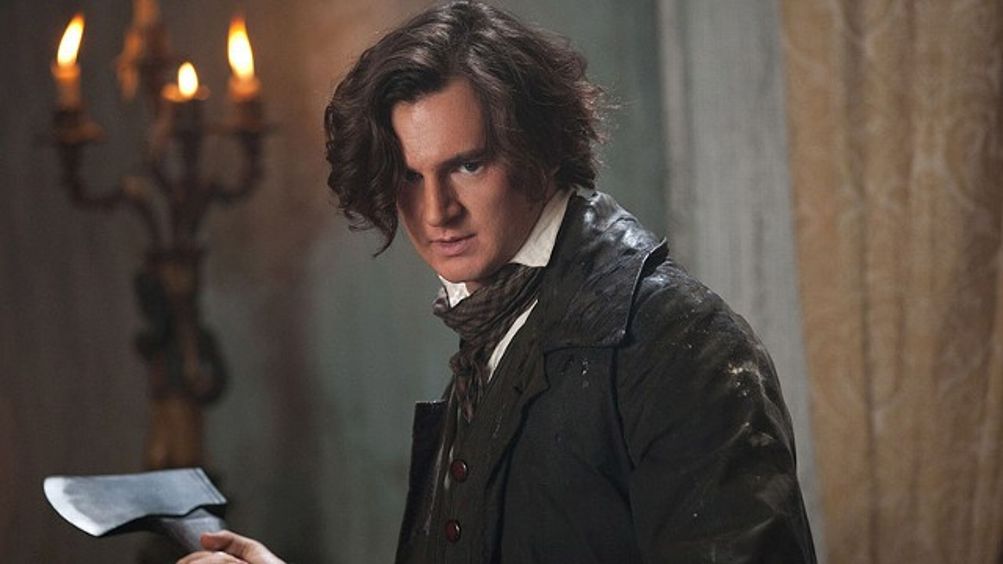 Here is a more or less complete list of the non-franchise, non-sequel, non-prequel, moderate-to-big-budget action films still to come this summer: this week’s Abraham Lincoln: Vampire Hunter; Oliver Stone’s drug opera Savages; John Hillcoat’s LaBeouf-and-bootlegging Western Lawless; and Rian Johnson’s Looper, about time-traveling hit men. Throw in the alien-invasion comedy The Watch if you’d like. And that’s it. Everything else is a sequel (The Dark Knight Rises), a reboot (The Amazing Spider-Man, Total Recall), or both (The Bourne Legacy). We are in a place, blockbuster-wise, where a movie titled Abraham Lincoln: Vampire Hunter qualifies as one of the four or five most original action films to hit screens all summer.

The reasons for this are both fascinating and probably irrelevant to most moviegoers, unless you happen to be unduly fascinated with how declining DVD and rental revenues affect studio bottom lines, or the fact that Russell Crowe can’t quite open movies the way he once did. Suffice it to say the six big studios in Hollywood make fewer films than they used to, and those they do make tend to be less risky, featuring a proven brand, director, star, or — ideally — all three. Savages exists because Oliver Stone deigned to make it for an affordable price, basically. Ditto for Lawless and Looper, both of which come with virtuoso directors, mid-level Hollywood stars, and modest budgets.

Prometheus and the Weirdest Summer Franchise

Snow White and the Huntsman and Kristen Stewart

Men in Black III and the Barely Average Blockbuster Season

Sacha Baron Cohen’s The Dictator: Requiem for a Comedian

Which leaves Abraham Lincoln: Vampire Hunter. Sure, it’s an astonishingly cynical film, the Cowboys & Aliens of the 2012 summer season. But it’s also a welcome anomaly, from its director, the Kazakhstani Timur Bekmambetov (whose deeply psychedelic and unnerving Night Watch is among the highest-grossing films in Russian history), to its dopey untested star, Benjamin Walker (who was ineptly covering Kings of Leon songs around downtown New York as recently as May), to its ridiculous, borderline offensive plot, which at least tries to introduce a new1 mythology to the screen (the Civil War happened because of vampires, basically). It’s not quite Inception. But it’s not The Expendables 2, either.

Why doesn’t this type of film, in which studios throw a bunch of new talent and new ideas at the wall just to see what happens, get made more often? For all of the above reasons, and one more: Movies like Abraham Lincoln: Vampire Hunter depend too much on the humans making them. As Scott Rudin told Grantland Oscarmetrician Mark Harris last year: “Studios are hardwired not to bet on execution, and the terrible thing is, they’re right. Because in terms of execution, most movies disappoint.”

And my lord, does Abraham Lincoln: Vampire Hunter disappoint.2

It’s hard to know what to make of the Seth Grahame-Smith era. Grahame-Smith, who adapted Abraham Lincoln: Vampire Hunter from his 2010 novel of the same name, specializes in public domain horror — he also wrote Pride and Prejudice and Zombies, for all you Jane Austen fans out there, and his other film credit so far is Dark Shadows, Tim Burton’s slack adaptation of the campy ’60s soap opera (Megan Draper’s pals are always auditioning for it on Mad Men). Dark Shadows got most of its laughs from Grahame-Smith’s knowing references to late Summer of Love culture as it might appear to us now, or to an aristocratic vampire who’d been locked in a coffin for the past 200 years — at one point, Johnny Depp’s Barnabas Collins calls Alice Cooper the “ugliest woman I’ve ever seen.” Which is pretty much what Grahame-Smith does, now that he’s not writing paeans to the porn industry: He retrofits the past with big winking jokes about whatever is hilarious and in vogue in the present.

But it turns out to be one thing to gently rewrite an ancient and forgotten daytime television series, and an entirely different thing to just sort of throw some vampires into one of the more painful episodes in all of American history. To put on my Bill O’Reilly fright mask for a second: It’s frankly sinister to assert that slavery, the Civil War, and the Confederate presidency of Jefferson Davis were all the results of a malicious vampire conspiracy, as this movie does. Grahame-Smith’s Abraham Lincoln pretty much belongs to the same paranoid style of storytelling that locates Barack Obama’s place of birth in Kenya; it’s also more than a little insulting to Robert E. Lee, who presumably would resent the insinuation that the only reason he ever won a battle was because he had a horde of invisible vampire soldiers to call upon.

The milk sickness that felled Lincoln’s real-life mother? Vampire bite. Plantations? Food factories. That vaguely disreputable teller at the bank, just minding his own business? Murder that evil vampire. This is pretty much the plot of Abraham Lincoln: Vampire Hunter. After his mother’s death, Lincoln seeks revenge, becoming an ax-twirling (somewhere somebody is already inventing a fetish category for all the scenes in which Walker is by himself, vigorously rotating his blade) scourge of the undead. Lincoln’s political awakening comes hand in hand with his realization that slavery is just another word for room service. And so we are treated to a scene of Walker intoning the Emancipation Proclamation as if it were the climactic speech in Independence Day, while his wife (Mary Elizabeth Winstead, a long way from Scott Pilgrim vs. the World) finds cause to ride the Underground Railroad because hey, that is a thing that existed in the 1860s too.

Which is not to say the film couldn’t have worked. Bekmambetov, whose Hollywood debut was 2008’s Wanted, is sometimes referred to as the Michael Bay or Peter Jackson of Russian cinema, but though he’s been commercially successful, his movies tend to be far stranger: all clouds of bats and dudes vomiting blood and feathery owls morphing into scrawny naked women. Bekmambetov’s wildly successful Russian vampire franchise, 2004’s Night Watch and 2006’s bonkers sequel Day Watch, is presumably what landed him Abraham Lincoln: Vampire Hunter, because that is how Hollywood works — they’ll hire a guy to do a thing for which he’s already used up his best ideas.

Still, the vampires in Abraham Lincoln have fang snouts with teeth like waving insect antennae, which is startlingly new; about halfway through the movie, Bekmambetov basically invents horse-parkour as Walker nimbly pursues a vampire across an equine stampede. When Winstead’s Mary Todd first attempts to kiss the famously tall Lincoln, she removes his stovepipe hat and stands on it, which gives you both an idea of how bafflingly literal the script is and how fanciful some of the scenes Bekmambetov puts together really are.

Roger Ebert, endearingly, loved the film, but even he spends two out of nine paragraphs detailing holes in the script, which is flat-out incoherent: Characters come and go and bleed and then don’t bleed and then bleed again, pretty much at random. Somewhere along the way, Harriet Tubman shows up. Jimmi Simpson’s Joshua Speed, who first employs Lincoln in his Springfield general store, might be a racist or a traitor or a close cousin to Christian Slater — it’s impossible to tell. This ambiguity is not helped by Bekmambetov’s wretched 3-D transfer, which is literally blurry at the edges of the screen, occasionally sepia-toned, and always hideous.3 It’s like watching a movie through the wrong end of a telescope.

Reviews have been mixed to bad so far (Peter Travers, bringing down the hammer!), so who knows what kind of numbers Abraham Lincoln will do this weekend, though early tracking suggests a modest disappointment. This is bittersweet, in the way that practically everything relating to big-budget summer cinema is bittersweet. We will not mourn the Moby Dick: Killer Whale Wrestler or Marlow: Giraffe Tamer films that will not be made in the wake of an Abraham Lincoln failure. And vampire-weary filmgoers might see a glimmer of reprieve — at the very least, it seems unlikely they will let Grahame-Smith, now zero for two with the undead, return to this particular pulsating blood urn.

But we should be rooting for guys like Walker, whose vague but promisingly naturalistic performance in Abraham Lincoln seemed like it belonged to another movie entirely, and demented big-budget crazies like Bekmambetov; movies would be more interesting with these guys around. Or at least, guys like these guys: unknown, untested, unburdened by the expectations that reduce so many movies to a tepid stew of compromise. There are so few chances to see something new, even if that new thing involves hoary vampire tropes and an essentially sanitized retelling of blood-soaked American history. Our hopes are degraded enough. Maybe next time leave slavery alone?

Zach Baron (@xzachbaronx) could probably be accused of taking insufficient joy in the basic presidential-ax-to-vampire-skull premise we’re dealing with here.