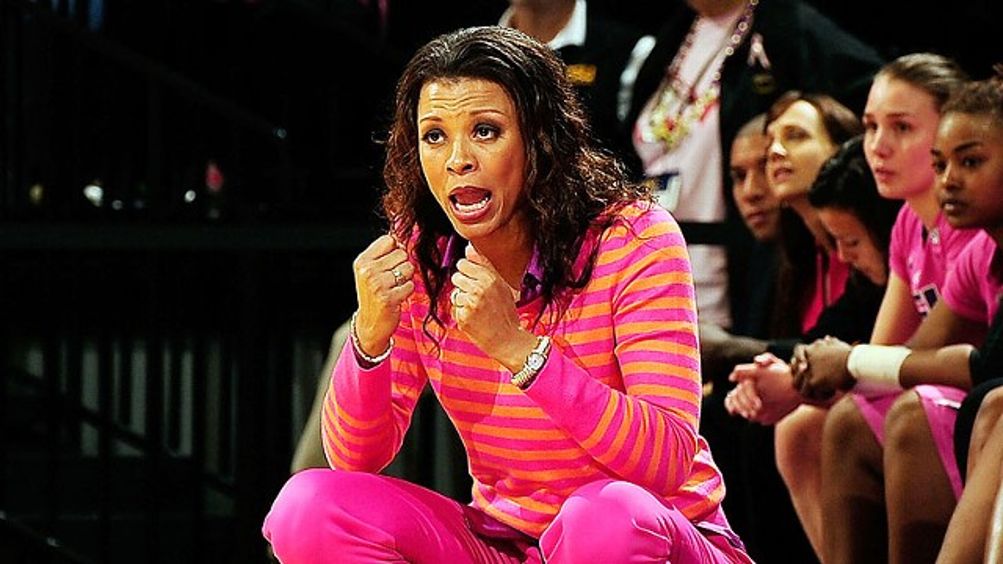 For an event that’s nicknamed the Big Dance, has a round called the Sweet 16, and is annually desperate for a Cinderella story, the NCAA basketball tournament should involve more coaches who look ready to go to a ball. It’s true that we ought to be thankful for the little things: no shiny fabrics, no pocket squares, nothing too outfit-y. But little things are all these guys seem to give. It’s cruel to ask anyone to spend dozens of basketball broadcasts littered with cutaways of men in actuarial colors, men whose haircuts defy either nature or common sense, men who receive more close-ups and more money than their players yet refuse to capitalize on the national attention.

No one wants to see versions of Bruce Pearl, the former Tennessee coach — not on 64 teams, anyway — just a couple of men willing to go all out, as Pearl once did, maybe in sherbet-orange suspenders and blazers and ties. You don’t want someone to put your eyes in a state of sugar shock. You want someone like Bob Knight to appall you with his certifiable slovenliness or John Thompson to soothe you with perfectly tailored, avuncular classiness (his son is coaching Georgetown now, and it’s always too much suit).

Instead, we get someone like Michigan State’s Tom Izzo, who claps and wails and sweats on the sideline like Jimmy Swaggart. He does so in gray and brown businesswear and patterned ties. There’s nothing wrong with it — he seems, finally, to have found a flattering hair color. But you wish he’d find clothes to complement his coachly theatrics. Or we get men like Temple’s Fran Dunphy, who always looks to be in need of a pack of Rolaids. His hair does, too. Two years ago, he famously shaved off his mustache and appeared the way a lot of men who shaved their mustaches do: like a skinned animal. He hasn’t looked back since.

Rick Pitino would appear to be a proper answer to the question of what to do. He’s 60 now, but his hair still has the shape and volume of one of Frankie Valli’s Four Seasons. If you believe in that hair, it’s only because he does. Watching the tournament from home, you realize, year after year, that almost no one else has his kind of certainty and confidence or star power. During Louisville games, the broadcasters like to cut to him because he looks important. Pitino knows he’s Rick Pitino, and that knowledge gives him the confidence to storm the sidelines in ivory and in lemony yellow. He’s worn an indigo number whose pinstripes could provide murder-scene chalk outlines.

I don’t know that Pitino’s Pitino-ness would make me want to play for him, but it certainly makes me glad he’s good enough at his job to stay on TV for a lot of the tournament. My guess is that some coaches look at Pitino and think, All that flash, all those colors? They’re too much, they’re too mobby. These guys are more at home in the warm-up jackets and sweats they wear to press conferences than the suits they wear to games. They might say, “What Pitino’s doing is great for him, but I’m not the point, basketball is.” That’s how you wind up with the literalism of Marquette’s Buzz Williams, whose hair is as long as most Ramones songs.

Shaved heads and baldness so predominate that you sense that the men with hair have it defensively. Tom Crean of Indiana is an if-you-got-it-flaunt-it coach. There’s something moneyed about him. He looks comfortable in his suits, even the ones that don’t fit. But that hair of his — usually a matte chestnut, frequently parted up the middle — can only be described as boastful. It’s long for the sake of being long. It’s long in a way that’s not entirely embarrassing on a man in his latish 40s who’s not also playing bass in a Dire Straits cover band. But it’s also long in a way that’s worn not for style but for men like Buzz Williams. It’s saying, “Doesn’t all this hair look good on me?” It’s singing, “Nyah, nyah, nyah-nyah nyah.”

On one level what we’re talking about is a generational shift, in which a young coach in his early-to-mid-40s can look to the past for inspiration. Some of them have looked and seen Pat Riley. Last week, when the swept-back-and-gelled hair of Wichita State’s Gregg Marshall faced a salt-and-pepper version of the same in Pitt’s Jamie Dixon, it was like watching a Riley-on-Riley posedown. There is something Bidenesque about Dixon, who’s handsome, has made the admirable move of letting himself go gray, and often appears to have shrunk in his suits as if their maker were Lewis Carroll. The charm of both him and Marshall — who’s been wearing his receding Riley with frameless glasses that have yellow metal arms — is that they’re going for something that’s classic and recognizable. The downside is that neither has the panache that Riley used to carry off his business-serpent look. No one coaching anything in this country has that. Still, it’s heartening to see two men evoke an icon. Even if it’s by accident, they’re tapping into something that, despite being dated in a way (Wall Street was almost 26 years ago), feels legitimately youthful. If they’re turning back the clock in looking to Riley, they’re at least doing so with a lack of illusion.

Setting aside his legend at Duke, Mike Krzyzewski still has the hair of certain Legos. Neither the length nor the color appears to have changed in decades, which gives him a kind of dolorous boyishness. It’s the most important hair in professional sports, for what it says both about the primacy of youth and the obsessive maintenance of its patina. He could change it no more than Anna Wintour could open up her curtaining bob. They’d both be very different-looking people. But Wintour could justify doing so as a matter of fashion. Coach K would be tinkering with the myth of an institution and its notorious sense of majestic immortality. He’s not so much Wintour as he is a meticulously groomed Samson. 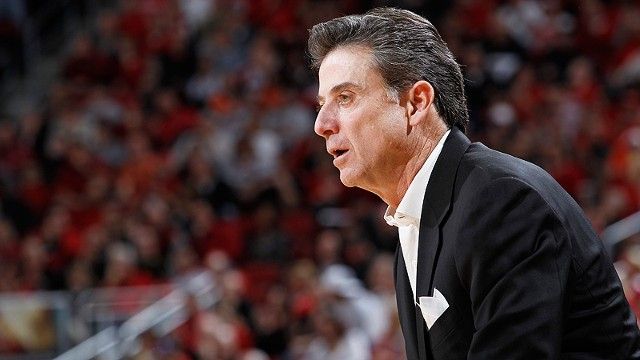 For a break from all this pomp, preservation, and flavorlessness, you need only switch over to the ladies’ tournament, where female coaches have made remarkable progress putting the past behind them. The short, seemingly self-styled haircuts, the blazers and open blouses, the chains worn over turtlenecks, the pantsuits: Their fashion smog has begun to dissipate. The stranglehold that legends like Sue Gunter and Kay Yow and Pat Summitt have had on the game is loosening. Now Nikki Caldwell’s empire waists, pencil skirts, and cigarette pants channel anyone she wants when she coaches LSU — Michelle Obama, Oprah Winfrey, anybody on Real Housewives of Atlanta — occasionally at the same time. For Caldwell to call attention to herself, to her body, for her to incorporate sexiness into a sport that historically — and perhaps necessarily — has shunned it feels like a casual rebuke of the professional inattention to good style that allowed the pioneer coaches, like Yow and Summitt, to prosper.

The other day Notre Dame’s Muffet McGraw wore a black turtleneck and tied around it a red scarf with polka dots. In the real world, McGraw could simply have just parked the minivan and run in for a Peppermint Java Chip Frappuccino in Suburban, Someplace. In the world of college coaching, that scarf was a casual revelation: there only because she wanted it to be. Sometimes McGraw misses — maybe you’ve seen her in jungle prints and big Diane Keaton belts. But her miniskirts and heels (Caldwell’s, too) are signs of unself-conscious progress. Their forebears dressed down so they didn’t have to. The men aren’t dressing for cultural evolution. They’re dressing for refunds and deductions. We call it March Madness, but most nights it might as well be Tax Day.