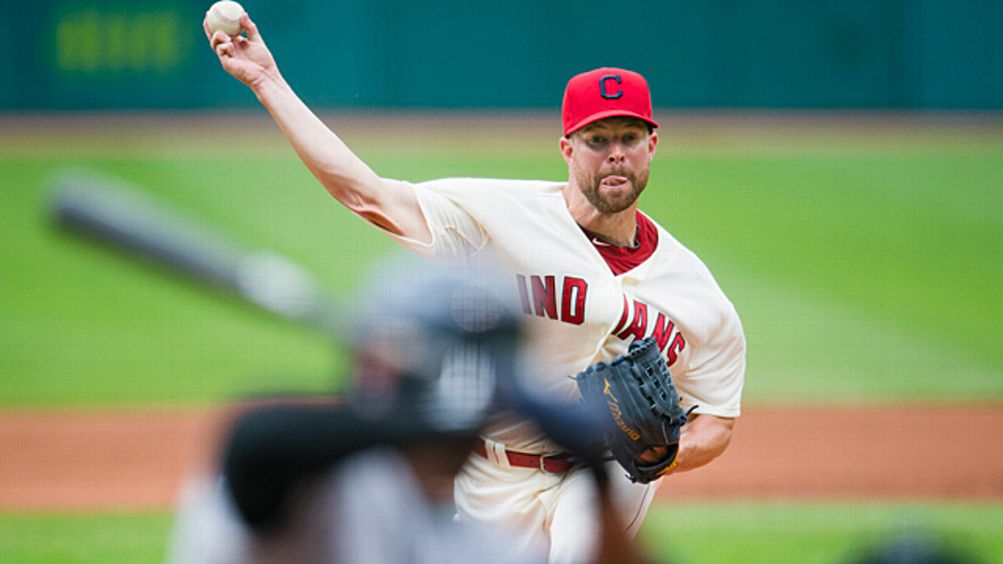 If you’re going to have a crucial series in July — and the way you know it’s a crucial series is that both teams tear up the English language trying to find new ways to say it’s not, and generally they fail miserably — you have to find some way to hype it past the bromide-a-thon that invariably breaks out. Moreover, if you’re going to have a crucial series between genuine, old-school Rust Belt baseball franchises like the Cleveland Indians and the Detroit Tigers — who, between them, have more than two centuries of history — you have to reach back into history yourself. So, along about the third hour of Monday night’s extended exercises in Cleveland, which finally ended with the Tigers winning, 4-2, in the 10th inning, and thereby taking three out of four in their series with the Indians, I started to muse about what really would have livened things up for a weekend of baseball between the Cobbs and the Lajoies.

Instead of Throwback Day, when they make those poor players suit up in the old baggy uniforms so they all sweat more than Victor Mature did in Demetrius and the Gladiators, I reckoned they should make every team play a series in which they adopt one of those nicknames from out of the dim times before modern marketing made commodities out of everything from the right-field wall to the right fielder. Why, just with these two teams this weekend, we could have had the Detroit Tigers, who have always been the Detroit Tigers, playing the Cleveland Molly Maguires, or the Cleveland Forest Citys, or the Cleveland Blues, who merged with the St. Louis Maroons in 1885 and made purple, I guess. Someone explain to me how this isn’t a marketing masterstroke here. There are about 50 years’ worth of obscure MLB team swag on which nobody has made a buck yet. Whatever happened to my America, anyway?

My idea gets even better when you realize the Indians franchise was once named after a group that the oligarchy of another age called a terrorist organization. They did three years in the early 1900s as the Cleveland Molly Maguires. And considering that I once saw a notice on the center-field message board at old Tiger Stadium that bid welcome to something called The Eugene V. Debs Memorial Marching Kazoo Band, I think a Labor Day series between these two would be something to see. Imagine the sports anchors having to explain what the Molly Maguires were. Imagine the tsunami of terrible punditry that would ensue.

“And now, will you please rise and join Ronan Tynan in the singing of The Internationale … “

And do I have to mention that these two teams will play what is likely to be another crucial series in Detroit on the weekend before Labor Day? As Butch Cassidy put it, I got vision, and the rest of the world wears bifocals.

This tragically lost opportunity for mercenary profit ended Monday night, when the two teams produced a splendidly taut game despite a lot of it being conducted in the midst of some signifying rain. Detroit starter Max Scherzer — and tell me that isn’t a Cleveland Blue of a name — pitched well enough to have improved his record to 14-0, but left in the seventh inning with the game tied at 2. Both bullpens were stout until the 10th, when Cleveland’s Matt Albers walked Miguel Cabrera and Prince Fielder in succession, and then Victor Martinez raked a double so deep into center field that both Cabrera and Fielder, neither of whom has ever been compared to Usain Bolt, managed to come around and score in a tableau that looked, at its end, very much like the sausage races so popular in Milwaukee these days. That was enough for the Tigers, who left town leading the American League’s Central Division by more than they did when they arrived and, more important, establishing themselves as what they clearly are — the best team in the American League, and three and a half games better than the Cleveland Indians.

“That was a heck of a game,” Detroit manager Jim Leyland said. “That was two really good teams going all out, and this is just the beginning. Trust me. They’re not going to be going anywhere, and I don’t think we’re going anywhere, either. I’m not concerned about the standings. That’s just not a factor right now.”

Of course, the weekend was preceded by an endless chorus of how little this series really mattered, and about how early in the season it was to be talking about must-wins, and about how you really do have to play them one game at a time in this long season in this game we call baseball. Most of these bromides, of course, are older than the two franchises that employ the people who spouted them. Nevertheless, it was a big series for a number of reasons. The Tigers have a top of the batting order that would terrify most ordinary pitching staffs, but they haven’t really played up to their potential, and the young and speedy Indians came into the weekend only a game and a half behind Detroit, despite having dropped two bad losses to Kansas City at the end of a road trip earlier last week. No matter how grimly Cleveland manager Terry Francona insisted that one game was no bigger than the others, a catastrophic collapse over this weekend might very well have deflated his ball club for a substantial portion of the season.

And, anyway, the walking refutation of this bonanza of banality was Sunday’s game, and Francona came fairly close to admitting it. The Indians had been routed in the first two contests and had finished blowing a 6-1 lead that day when Torii Hunter tied the game with a three-run home run off of Vinnie Pestano. (Hunter had a great weekend in the middle of an outrageous July, in which he’s hitting .375. On Saturday, he came within a single of hitting for the cycle.) In the first two games, Detroit simply wore out Francona’s pitching staff. On Friday, the Tigers rocked putative Cleveland ace Justin Masterson for six runs and seven hits in 4⅔ innings. Masterson, a sinkerball specialist, could neither keep the ball down nor find a corner. To his credit, Masterson came up smiling, blaming the performance partly on having shaven his semblance of a beard earlier that day.

“Last outing, I had a little bit of a beard going,” he said. “My head was a little lighter this time. I’ll have to remember the next time I shave.”

There were no tonsorial alibis available Saturday. Carlos Carrasco started for Cleveland and left in tatters. In the third inning, Cabrera, Fielder, and Martinez hit three consecutive pitches for two home runs and a double. Jhonny Peralta then took a couple of pitches before knocking in Martinez to give the Tigers a 4-0 lead. Hunter kept knocking the ball around and nearly hit for his cycle, and it was 9-1 before Nick Swisher was able to park one out near the bushes in center field. It was a vivid display of how powerful the top of the Detroit lineup really is, and the top of the Detroit lineup extends down to Peralta in the sixth spot. They may have trouble in a close game against a good bullpen, largely because, as was demonstrated in the 10th inning Monday night, that same clutch of hitters has the approximate speed and cornering ability of the Exxon Valdez. However, more often than not, they can arrange that a game not be a close one sometime along the fourth inning or so.

Which is why it didn’t seem unreasonable to wonder in the home half of the eighth on Sunday whether Cleveland’s season hung not a little in the balance. They had been squashed twice at home, and they had given up a five-run lead, wasted a terrific 10-strikeout start by Corey Kluber in the bargain, and it seemed very possible that they would go into Monday night’s game a very solid four and a half games behind Detroit. “That team over there,” Francona admitted, “they’re never out of it. That would have been a tough one right there. But that’s the thing about this team. We keep playing.”

The marvelously monikered Al Alburquerque — whose ancestors obviously began the evolutionary strain that ended up with Bugs Bunny — came on to pitch for Detroit, and Cleveland left fielder Michael Brantley capped off a marvelous afternoon by taking Alburquerque halfway to Santa Fe — I’m sorry, officer, but the joke was just lying there on the sidewalk — for two runs and an 8-6 lead. The Indians put up another run with a sacrifice fly, and then everybody repaired to the clubhouse to explain, again, how everything that happened this weekend wasn’t really that big a deal.

“Baseball’s a long season, and we got a lot of baseball to play,” said Brantley, performing what may have been a double salchow cliché and nailing the landing. “It’s going to be fun this year.” Brantley, it turns out, is a living example of a baseball bromide that may even be older than the clubhouse cliché and the Cleveland Molly Maguires. In 2008, he was part of the deal that pried CC Sabathia out of Cleveland. He was truly the Wretched of the Earth.

“I,” said Michael Brantley proudly, “was the player to be named later.”