Passing Around the Blame in Dallas 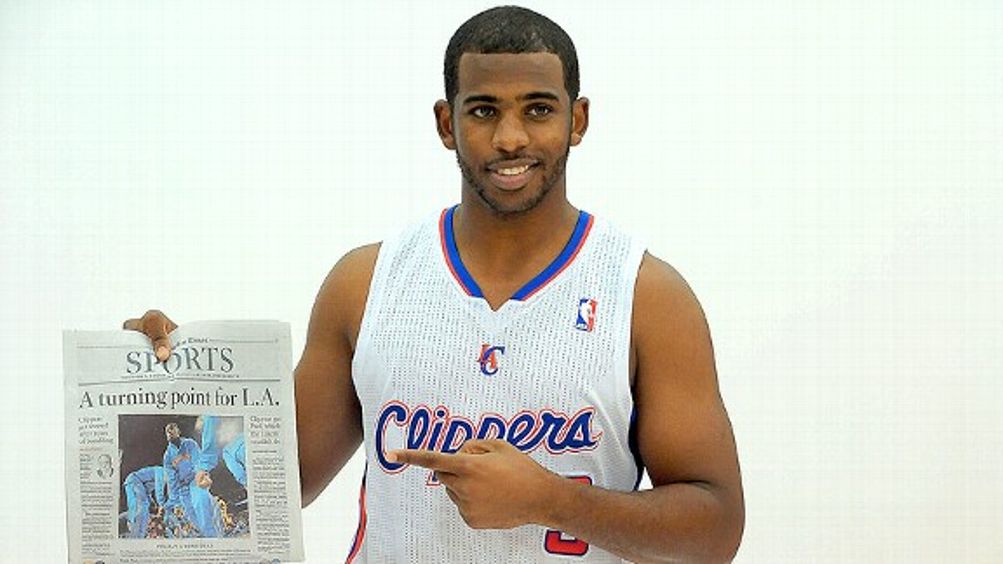 Day 8: The Chris Paul NBA Hostage Crisis Continues ♦ Day 9: The Might of Dwight ♦ Day 10: The Black Sheep Little Brother’s Revenge ♦ Day 11: The Day After the Day the Market Crashed

What Ever Happened to the Triangle Offense?

“The Triangle offense has been, pretty much irrefutably, the single most dominant offensive attack (in any major sport) of the past 20 years. Since 1991, teams running the Triangle have won 11 of the 20 possible NBA titles. Obviously, that statistic is a little disingenuous: Those 11 championships involve only one head coach and are distributed between two dynastic teams (both of whom had greater talent than virtually anyone they faced). If you install Michael Jordan or Kobe Bryant into any offense, you’ll win 60 games. The Triangle was not the reason the Bulls won six titles and the Lakers won five. But the Triangle was what both teams used exclusively. It wasn’t the explanation for their success, but it was central to their operation. It was a component of their dominance. Which is why it’s so strange that — today — not one team in the NBA uses the Triangle. It’s a dead offense.”

More on the Triangle offense: Rafe Bartholomew on the last remaining coach of the Triangle

Concussions in the NHL: Waiting for Science

“Bettman and the NHL cannot wait for science. They can’t hide behind science, using it as their shield. They must move, and move quickly, out of Stage 2 to Stage 3. No amount of well-modulated, reasonable- and responsible-sounding words change the fact that a hit to the head, whether by elbow, shoulder, or fist, is an attempt to injure that needs to result in expulsion or suspension. No amount of hopefulness and crossed fingers will change the fact that the NHL, like the NFL, must begin to imagine and introduce more ‘head-smart’ ways to play. Bettman needs to be Bettman. We look back on those people 50 years ago who defended tobacco and asbestos and think, How could they be so stupid? Bettman and the NHL cannot wait for this generation of players to get old just so they can know for sure.”

The Rise of the NBA Nerd

“Durant isn’t alone. In their tandem press conferences, LeBron James and Dwyane Wade, of the Miami Heat, alternate impeccably tailored suits with cardigans over shirts and ties. They wear gingham and plaid and velvet, bow ties and sweater vests, suspenders, and thick black glasses they don’t need. Their colors conflict. Their patterns clash. Clothes that once stood as an open invitation to bullies looking for something to hang on the back of a bathroom door are what James now wears to rap alongside Lil Wayne. Clothes that once signified whiteness, squareness, suburbanness, sissyness, in the minds of some NBA players no longer do.

“If you happen to be someone who looks at Durant, James, or Amar’e Stoudemire’s Foot Locker commercials — in which he stalks along a perilously lit basketball court wearing a letterman’s cardigan, a skinny tie, and giant black glasses (his are prescription) — and wonders how the NBA got this way, how it turned into Happy Days, you’re really wondering the same thing about the rest of mainstream black culture. When did everything turn upside down? Who relaxed the rules? Is it really safe to look like Carlton Banks?

“It certainly appears that way.”

Molly looks at Miley’s pot problem, the Royal Christmas, Jen’s pregnancy and the rest of this week’s tabloids.

“So then, let’s assume that the Colts will want to draft the best quarterback prospect of his generation and avoid blocking him with the best quarterback from the last one. We can also be pretty sure that Peyton Manning will have input into where he goes next. Why? The Colts owe Peyton Manning a $28 million option bonus that comes due before the 2012 league year, and if they were to pay him the bonus and then trade him, Manning’s cap hold would be an untenable $38.8 million. If the Colts want to receive some sort of return for Manning, they will need to restructure his contract to avoid paying that bonus, and as part of those negotiations Manning will undoubtedly get some say over where he can be traded. If not, the Colts would have to cut Manning, and Peyton would get to play wherever he chooses. Either way, Peyton Manning is not going to end up somewhere he isn’t willing to play.

“With that in mind, we can begin handicapping the Peyton Manning trade market. Someone is going to end up with the best quarterback in NFL history, and we can narrow that destination down to one of eight teams that are likely in the running. Let’s start by eliminating the 23 teams that aren’t going to be involved in a Manning trade this offseason, Guess Who style.”

“We’re prepared for Dwight Howard to leave. Whether in the next few days or at the trading deadline or after the season. We’d rather him stay, because he’s a stunning athlete with a beaming grin, and also because we drafted him, which for outdated reasons means something to us. He’s never swiped a board for anyone else. The mind-boggling alley-oops have always been ours. The humiliating swats, property of Orlando. But we’re emotionally prepared for him to leave. For one thing, we’ve been through this before with an even scarier big man who was part of a better Magic team. If training frontcourt talent is our role, we’re at peace with that. If the Magic’s niche is to draft physically unique big men with the first overall pick, train them for a few years until they possess a semblance of a back-to-the-basket game, and then ship them to a big city to win championships, so be it. And Orlando and its residents, being the good sports we are, will even get those big men some NBA Finals experience without letting them actually win a championship. We want them to still be hungry when they hop on a plane toward their cosmopolitan destiny.”

“One of my top five opening lines in a novel belongs to Samuel Beckett’s darkly comic dagger-turn of a debut, Murphy: ‘The sun shone, having no alternative, on the nothing new.’ Don’t that just sum about 78.4 percent of it up? It certainly does if the ‘it’ in question was the game I watched Tuesday night. The fluorescent sun did indeed pour down on Williams Arena for Minnesota (10-1) and Central Michigan (4-4) — warm-up threads were donned, layup drills run, and 40 minutes of going up and down an oddly raised wood surface with some maroon-painted polyurethane lines around were enacted. Fouls were called, bottles of water consumed. Then an overbearingly loud horn sounded and a Big Ten team’s schedule was duly padded in an easy win against a middling mid-major. Padded for what purpose, you ask? Good question. None, really. Because the Minnesota Gophers season is over.”

“It’s hard to be a person who enjoys reality television. Not only do you have to struggle with the stigma of being the kind of piggy media-vacuum that sucks up big tumbleweeds of TV-watching every day, but you must at some point acknowledge your involvement in creating celebrities out of people who are (or — more likely perhaps — presented as) often scuzzy, vapid, or just downright horrible. You may worry, during some idle hour after watching what you swear will be your last episode of Jersey Shore, if you are responsible for making Snooki (and I should make the distinction between Snooki and Nicole Polizzi, the character on Jersey Shore versus the person none of us know: As with all reality show cast members, there exists the possibility that, like Jessica Rabbit, they aren’t bad, but just drawn that way). You may feel, down to the dark and most honest root of your confused soul, as though you never really cared about Snooki, but in fact you cared enough to train your eyes on her for several seasons. You familiarized yourself with her vernacular and recognized her unflattering likeness on South Park. You had a tent and occupied Jersey Shore in an accidental cultural movement; if you had been alone in your passive interest, it wouldn’t have mattered, but you were one of so many people that, for about a year, you could see the footprint of the show from space, and its halo of hair gel, and its Obey T-shirt.”

How Chris Paul Fits in the Clippers Offense

“Last week, when it looked like Chris Paul was going to the Los Angeles Lakers, we looked at what Paul would look like in Forum Blue and Gold. This time, after waiting until the trade was made official, we will explore how Paul might mesh with his new team, the Los Angeles Clippers. Probably the first thought that ran through most basketball fans’ minds when they learned of the deal was ‘Lob City,’ and while that will be fun to watch, alley-oops don’t win championships. Instead, we’ll look at some of the other ways Paul can make an impact on the Clippers and we’ll try to determine if this team can be a contender.”