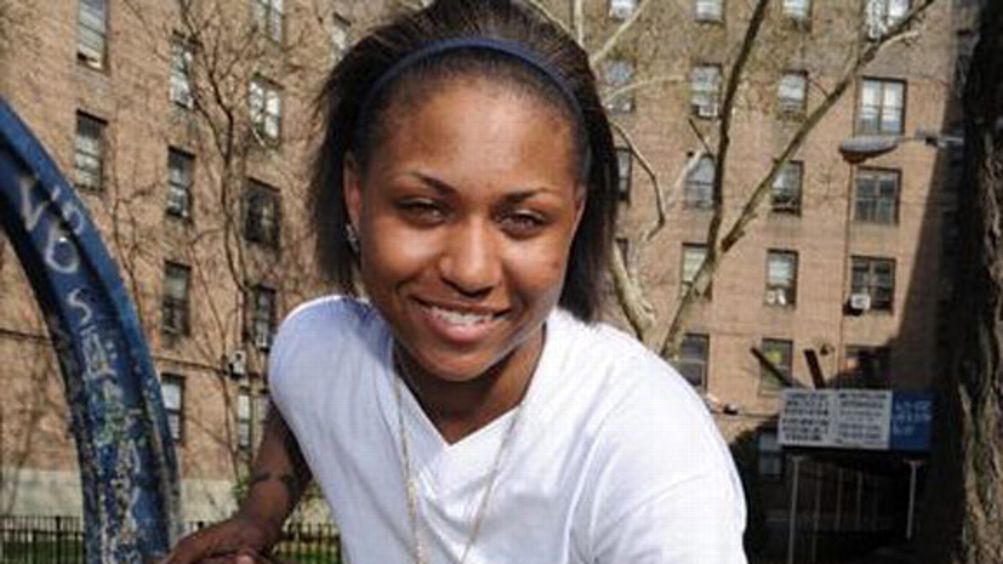 The Murder of Tayshana Murphy

“Taylonn Murphy will wait for a phone call he will never receive because of what caused the flurry of phone activity. ‘I still wait for my phone to ring and her to say, ‘Pops, come pick me up from the gym,” Taylonn said. A family mourns, a basketball team is struggling to regroup, and a community is struggling to understand a senseless death because of what caused all the phone activity on that already cursed day.”

“On October 16, my father and I drove north from my parents’ home in Racine to attend Game 6 of the NLCS — Brewers versus Cardinals. It was my first-ever playoff game, and I felt like an ancient wrong was being redeemed. In 1982, the Brewers appeared in their only World Series, against these same Cards. I was 6, and it was my first season of serious fandom. Someone gave my dad two tickets to Game 5, a Sunday-afternoon game, and my dad, with whom I’d attended many games that season … took my mother. I was baffled. Did she even like baseball? It was unclear. My dad and I had been going all season long, she’d stayed home, and I saw no reason why I’d get demoted now. I consoled myself with the idea that, since it was a rare day game, I’d get to watch the whole thing on TV.

“Twenty-nine years later, minus one day, my time had finally come, and against the same despised Cards. Brewer fans still bear a grudge against St. Louis for ruining our lone shot at glory — our only World Series appearance in 42 years — and since the teams became divisional rivals in 1994 (through the machinations of Allan Huber Selig, on whom more later) there’s often been a corresponding bitterness on the field. It’s a rivalry born of intense identification: two medium-sized Midwestern industrial towns, one on a great lake, the other a wide river, impassioned and wise about baseball, with stadiums named after the lager empires that have partly sheltered their towns from the worst ravages of manufacturing’s collapse. The only thing missing was a few more Milwaukee victories — the Cards have won 11 World Series, the Brewers none — and this seemed to be the year. But when it’s never your year, it’s never your year.”

“For the owners, nothing has changed — it’s strictly business. For the players, something has changed — it’s almost entirely personal. You can’t find a middle ground between those two worlds. You just can’t. Maybe it’s the opposite of how definitively The Godfather: Part II ended — with Michael Corleone sitting outside by himself, lost in thought, alone in every sense, a ruthless businessman with no personal connection to anything — but even so, that deafening silence sounds the same.”

The Tragedy in Happy Valley

Grantland’s coverage of the ongoing situation at Penn State.

“But this isn’t just about fame and discontent and what remains of our visions of the good life. It’s about how a rapper might approach an enduring problem of art: how to convey depth without seeming melodramatic, how to triumph in a way that isn’t wholly alienating. The unusual tone of Take Care was announced this summer with the release of the unofficial lead single ‘Marvins Room,’ a troublingly bare dramatization of Drake drunk-dialing after a late-night bender. She has moved on, and she seems content in her new situation. But the boy can’t help it. Over wispy synths and a troubled heartbeat, he serenades her — ‘I’m just saying, you could do better’ — but also spitefully recounts the number of times he’s had sex this week. It’s far more chilling to hear someone calmly sing, ‘Fuck that n—-‘ than to hear them say it. The details are too vivid, the desperation too bare. If every song is its own seduction, then we are left wishing we could have hung up on this intercepted call. On one end, she asks repeatedly: Are you drunk right now? On the other end — not ours — a steadily unspooling man switches back and forth from singing to rapping, pleading throughout, slurring his feelings.”

Photo Essay: The Men Who Camped Out for Twilight

“Last week, in anticipation of tonight’s premiere of The Twilight Saga: Breaking Dawn — Part 1, fans of the franchise erected a tent city outside of Los Angeles’ Nokia Theatre, just across the street from Grantland HQ. Who would give up a week’s worth of work or school, sleep, and indoor plumbing just to watch a few pale actors walk a red carpet? Yesterday, armed with a camera and a tape recorder, we decided to find out. Unfortunately, Twilight stars Peter Facinelli and Jackson Rathbone were visiting at the same time, so many of the female fans were preoccupied. Luckily, there were plenty of men around to answer our questions.”

“When I think back on my freshman year at THE Ohio State University, I can do nothing but smile. I had many ups and few downs during that 13-month time period. I felt like all my childhood dreams had been surpassed and I was riding a wave only a few get a chance to ride.

“During my junior year in high school, I researched the idea of attempting to graduate early, because I thought my talent would allow me to succeed at the collegiate level, even at a younger age. Due to a lack of English credits I wasn’t able to complete the task. In hindsight, my not being able to forgo the remainder of my high school career was a great move by the Lord, because what took place in my senior year helped position me to succeed in Columbus.”

“The reasons we love sports have generally stayed the same despite the evolving media landscape, but the way we consume sports has changed drastically. Consuming sports has become a jumble of trying to sort thru raw information, weighing cultural resonance, and overspeculating historical relevance. As much as we are trying to ‘preserve the sanctity of the game,’ the way we consume it works against the ways that we have traditionally glorified elements of sports. It is important to note that live sporting events still have a real-time appeal that separate them from other realms of entertainment. However, maybe the Internet user in us is watching live because we want to be part of a notable meme that is worth sharing and commenting on rapidly.

“Despite the world’s most popular athletes being ‘marginalized’ into memes, especially in the eyes of mass markets, the follow-ability and accessibility of athletes has deepened our relationship with the game, and has probably made it more fun to be a sports fan. I’m just not entirely sure how to tell the difference between a great athlete and a great meme anymore.”

“I knew he was good. As a 14-year-old sophomore, David dominated the cocky senior who starred for our archrival and who was supposed to be the conference’s best player. In pickup games around our one-stoplight town of Boiling Springs, no one, usually no two, players could stop him. Only his older brother Vallie came close, his brotherly gift of goading forcing David into an occasional bad shot. I had seen him dunk the ball from a standing start — doing it despite being just 6-foot-3 and with hands so small he couldn’t palm the ball. Yes, I knew he was good, already better than any of us would ever be, ever could be, but it wasn’t until David played a late-night pickup game at our town’s small college that I had my Road to Damascus or, I should say, Road to the Final Four moment.”