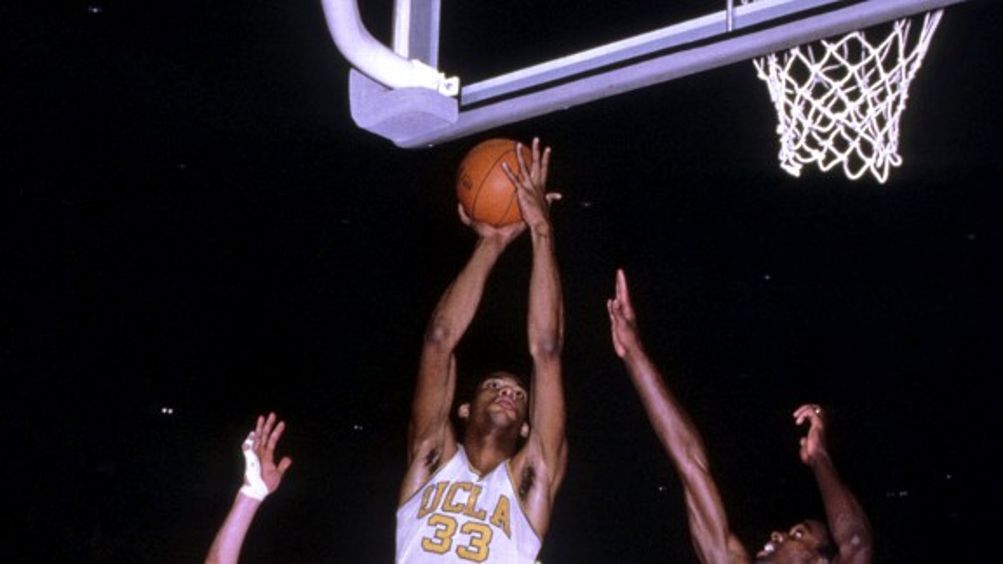 “I’m not going to argue that the difference between college basketball and pro basketball is exactly like the difference between enrolling in college and working a real job. That would be an exaggeration. I’m tempted to try, because it would make the introduction to this column much easier. But I don’t believe those things are exactly the same, and I’m not going to pretend otherwise. However, I do believe they have (at least) two things in common, and these two things are imperative. I think that — in both scenarios — the collegiate experience amplifies how important life feels, which means the emotional memory matters more than the technical details. I also think a big part of fondly remembering college — and, by extension, the sensation of loving college basketball — is related to the notion of selective nostalgia: In both instances, you spend a lot of time half-remembering noteworthy people you only knew in passing, and the hazy impermanence of those relationships somehow makes them more retrospectively satisfying.

“[This is a complicated way of justifying my composition of a list.]

The Beginning of the End for the NCAA

“The NCAA is floundering now, proposing a cheap pay-for-play scheme while denying it is doing so, and hoping to buy a little more time against the looming inevitable. Eventually, one night, they’ll throw up the ball at an NCAA tournament game and none of the players will jump. Or, a judge will rule on one or another of the lawsuits. Let’s look at the history of one of the plaintiffs.

“In 1963, Bill Russell went to Jackson, Mississippi, and, in the face of the worst America had to offer, conducted integrated basketball clinics. In his way he helped redeem the distance between this country’s promise and this country’s reality. Bill Russell’s been threatened by experts, boys, and now he’s suing you. If I were you, I wouldn’t screw with Bill Russell.”

“Welcome to Grantland’s inaugural Preseason All-America extravaganza! Part one of this series will highlight the First and Second teams. Part two, which will run later this week, will include the Third team, the All-Freshman team, and some prognostications on postseason awards.

“To help flesh out a fuller picture of each player, we’ve brought in our friends from DraftExpress.com, who will talk about each player’s NBA prospects.

“No need for more throat-clearing. Let’s get right into it.”

An Economic Breakdown of the NBA Lockout

Why the Players Will Cave ♦ Two Economists Explain the NBA Lockout

Two looks at what the hell all this lockout jargon actually means.

“At age 50, Eddie Murphy is making a comeback of sorts by co-starring in Ben Stiller’s new action comedy, Tower Heist. The consensus seems to be, “Fairly entertaining movie, but more importantly, Eddie is Eddie again.” You know, the Eddie we loved (and in my case, revered), not the dude from the kids’ movies. He even consented to a few interviews this time around, including a candid one in Rolling Stone that should have resonated more than it did. Let’s dive into Eddie’s IMDb page and figure out what happened to his career, why it happened, when things turned … and why we have so much trouble remembering it quite the right way.”

“Sometime during the early morning of October 22, around the moment when the first reports started appearing on the Internet, Mario Balotelli ceased to exist. The headlines that caused his sudden dematerialization were, for the most part, surprisingly restrained, especially for the British press. You could even call them tasteful. “Mario Balotelli rescued by fire brigade after setting his house alight with fireworks,” the Mirror murmured. “Mario Balotelli’s house set on fire as he shoots fireworks from window,” the Guardian agreed. Maybe the copy editors were struggling just to fit in all the facts — none of them even alluded to the best detail of all, which was that the fireworks that ignited Balotelli’s mansion had been launched from the bathroom window. Or maybe the basic outline was weird enough that not even the tabloids needed to dress it up.

“Either way, by the time the story had been digested by the international soccer public — meaning about 30 seconds after it first landed on Twitter — Balotelli was gone. He hadn’t died or skipped town, nothing as dramatic as that. Instead, Mario Balotelli, troubled but talented young striker for Manchester City, had been replaced by MARIO BALOTELLI!!, lurid media construct and certified sports lunatic.”

“Around the halfway point of WWE’s Greatest Rivalries: Bret Hart vs. Shawn Michaels, Jim Ross says, ‘We’ve just seen some clips of things between you two guys that … became very personal.’ Released in late October, the DVD recounts the two iconic wrestlers’ late-1990s feud. Ross’ quote comes just after a segment that details how the Bret Hart-Shawn Michaels relationship turned sour. This is a no-holds-barred dual interview — that’s how it’s billed, anyway — but nonetheless Ross had to choose his words carefully.

“They were discussing the WWF in 1997. For months, Bret and Shawn had traded personal and pointed barbs. Bret had recently been reborn as an anti-American baddie, his turn built on a feeling that the WWF had become too crass and bawdy in its storylines. When rebellious cads like ‘Stone Cold’ Steve Austin began to win over the U.S. audience, Bret turned on the fans. He needled American viewers by preaching the good-hearted virtues of his fellow Canadians, and Canadian fans (for whatever reason) went along with the shtick and lauded Bret whenever he returned home. It wasn’t long before Bret shifted his attention to old foe Shawn Michaels, who replaced Austin as the fan favorite despite a shocking level of bawdiness in his interview style. Bret and Shawn went back and forth on the air, with Bret saying Shawn wasn’t fit to be champion, calling him a disgrace, calling him trash. Shawn countered by saying Bret was old and out of touch.

“It was compelling television, not just because it was fresh but also because it felt like Bret and Shawn really meant the awful things they said about each other (they did) and truly didn’t like each other (by then, they didn’t).

“In the DVD, Ross continues: ‘I think a lot of people couldn’t separate fact from fiction in the Attitude Era.’

“Kim Kardashian is a professional athlete. We know this because she just PLAYED US ALL. Now, I may have been cynical enough to know that this was not a ‘real’ wedding, but I believed they’d stick it out for a contractually obligated year or two. At least through a couple of faux-pregnancy scares. They didn’t even wait for the split rumors to calm down to a dull roar before rolling out this latest plot twist. Now come weeks of denials, conspiracy theories (Danilo was Kim’s first choice! Kris heard from TMZ! Everyone was in on it the whole time!).

“Let’s look at the real monster: Kris Kardashian. One moment of actual gravitas in the Kardashians’ E! show came during the ‘should Kim pose for Playboy?’ plotline, when Kris all but ripped Kim’s clothes off for the cameras. No, just kidding, Kim is an adult and makes her own decisions (OR DOES SHE?). But the episode played up Kim’s discomfort with being photographed naked for a national magazine, as well as Kris’s horrifying insistence that mother knew best, and the idea that what all twentysomething girls from L.A. want is to be on the cover of Playboy. The character of the ‘momager’ has really caught on in the past decade as a kind of horrific Lady Macbeth who uses her daughter as a conduit for her own ambitions. Because of cultural stereotypes that all moms are ‘good’ and the fact that most kids are of course predisposed to listen to mom, the momager seems particularly evil. Like a thought experiment conducted in the setting of a family. Other stereotypes about women that say they are more empathetic and emotionally attuned make this seem especially cruel and heartless. Exploiting the parent-child bond to further your own financial aims conveys total lack of regard for your child’s emotional well-being.”

Our NFL guy takes stock of where each team stands in the conference outlook halfway through the season.

“This past weekend, as the Broncos faced the Detroit Lions, I was dispatched to Denver — the epicenter of Tim Tebowmania — to take the pulse of the Tebow faithful. What I learned is that people want something to believe in, and in Denver, Tim Tebow is that something.

“I talked to cabdrivers, Broncos fans, Lions fans, homeless folks, bartenders, waitresses, and one dude dressed like a jester. I found that the people of Denver have faith in Tim Tebow. They have faith in his abilities as a quarterback. And they have Jell-O shots. Lots and lots of Jell-O shots.

“Here’s a look at what I found in Colorado on Sunday, when I went to investigate this frenzy over the most popular professional athlete whose performance can best be summed up in one word — ‘pedestrian.'”