Why the Kentucky Wildcats Will Win the National Championship 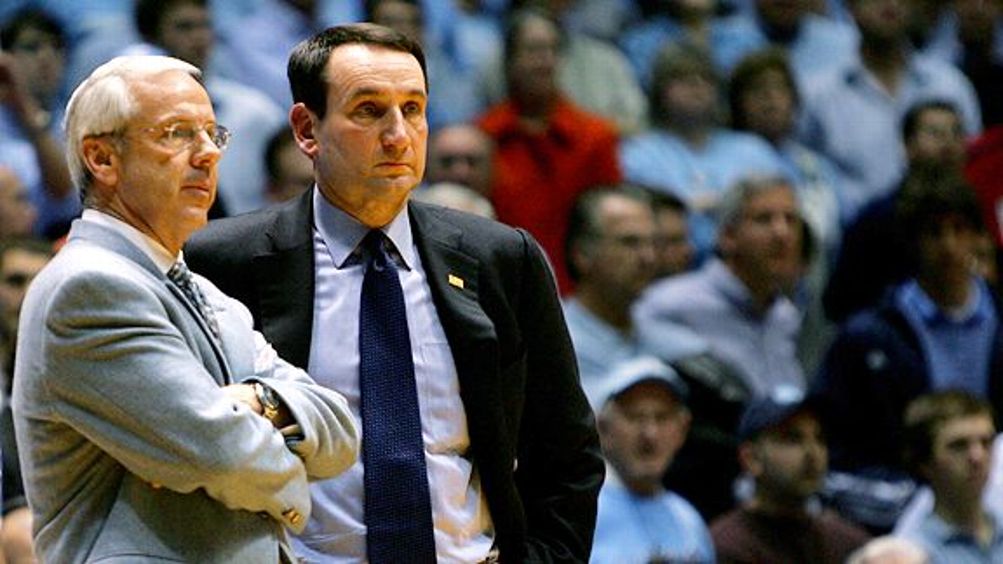 Grantland begins its college basketball coverage by looking at why one of these five national-title favorites will win it all.

Grantland’s editor-in-chief proactively lists off the losses in his NBA life (and also gives his Week 7 picks).

By Alex Pappademas and Colson Whitehead

“Not long ago, a TV network found out that there was a surprisingly large audience for a show about soulless, shambling, emaciated parodies of humanity who want to eat our brains. Congrats on that full-season order, Whitney! In unrelated news: People also like shows about zombies! The second season of AMC’s gory graphic-novel adaptation Walking Dead premiered last night, with a new creative team at the helm (writers Glen Mazarra and Robert Kirkman, who created the comic) and about 75 percent more tension-ratcheting child endangerment. Walking Dead was obviously just supposed to pair nicely with Sunday-afternoon reruns of movies based on Stephen King books and keep AMC’s Sunday-night quality-drama block warm until Matthew Weiner got around to making more Mad Men. Instead, it’s become the network’s biggest hit, and the most visible sign yet that zombies, once a niche phenomenon beloved by effects-makeup nerds and dudes in Cannibal Corpse T-shirts, are America’s Next Top Abomination. (Watch your throne, vampires!)

“Novelist Colson Whitehead is a 2002 MacArthur “genius” award winner and the author of six books. His most recent novel, Zone One, is a grimly hilarious and sneakily profound novel set in lower Manhattan a few years after the zombie apocalypse. We asked him to shoot the breeze (in the head! It’s the only way to be sure!) with Alex Pappademas about the ongoing zombification of pop culture.”

“In the terrific boxing documentary When We Were Kings, George Plimpton recounts the story of Muhammad Ali’s commencement speech to the graduates of Harvard University. ‘Give us a poem!’ one student shouted. Ali surveyed the quieting crowd and said: ‘Me, we.’

“‘It stands for something more than the poem itself,’ Plimpton said.

“It stands, in fact, for everything that’s wrong with personal pronoun usage in modern sports.

“We really need to find a better rebounder.

“I can’t believe we won that game in the bottom of the ninth.

“How do you think we’re going to do on Sunday?

“Here’s the deal: If you don’t play for, or you are not an employee of, the team in question, ‘we’ is not the pronoun you’re looking for.

The X Factor Preview: In Defense of TV Singing Competitions

“How cynical and lazy we have become! How complacent! We have lionized a bland corporate beauty who, even when she’s trying (and she tries), cannot make you feel a thing about anything. Why has Beyoncé’s greatness become an assumption? A ubiquitous assumption, at that? Why, when Barack needed someone to sing at his inauguration, did he default to an artist who, in 50 years, when the Ant Overlords dissect our ‘culture,’ will be dismissed as an example of how to effectively market blandness, perfect hair, and enticing thighs to the masses? Why have we just accepted Beyoncé as something good, something to be admired, something worth celebrating? Has she ever made anyone cry? Does she raise goose bumps? Or do we just appreciate her, the same way we appreciate the terra cotta soldiers or El Greco? Yes, it’s impressive one person can do that, but when all is said and done, all you have is a bunch of pretty shit jammed together in one space. Over the past 10 years, I have had dozens of conversations about the Queen B with people who are much smarter than me. I have yet to meet anyone who has any strong opinion about her. Sure, a lot of people say they love Beyoncé but only out of a sense of duty, almost as if admitting to not liking Beyoncé would cast them as soulless neophytes who, by extension, also hate Barack Obama, Aretha Franklin, Ma Rainey, and Muhammad Ali.

“I don’t buy into any of that. I refuse to accept Sasha Fierce. I watch singing competitions because I believe that life can be better than Beyoncé.”

“Talese had been hired away in the fall of 1965 after nine years with the New York Times. The Esquire of that era was at the height of its cultural relevance, sophisticated and searching, on the leading edge of both journalism and design under the legendary editor Harold Hayes, who had made it perhaps the most respected, most debated magazine of the tumultuous decade. In his first (and only) year under contract for Esquire, Talese wrote three cover stories. The first, ‘Frank Sinatra Has a Cold,’ has been called the most influential magazine story ever, standing as a hallmark of what was called the New Journalism, Talese’s audacious triumph of applying novelistic methods to nonfiction writing. Two months after the Sinatra piece, in the July 1966 issue, Talese profiled Joe DiMaggio in ‘The Silent Season of a Hero,’ generally considered among the finest sports magazine pieces ever.”

“The iPhone 4S has arrived, and with it, the promise of a new and better world, one where all our questions could be answered by Siri with a single press of a button. Although it was initially billed as a mere digital assistant tasked with the mundane duties of reading aloud texts or managing your calendar, it quickly became apparent the cyber-genie living inside your shiny new phone was much more than that, a know-it-all/confessor/oracle waiting patiently to be summoned to solve all your problems, a portable obelisk in front of which your simian brain could take a violent evolutionary leap. So after our relationship grew at a frankly unhealthy pace, and we put her through some initial getting-to-know you chit-chat (‘Do you love me, Siri?’ ‘I respect you.’ ‘What’s the meaning of life, Siri?’ ‘That’s easy, it’s a philosophical question concerning the purpose and significance of life or existence in general’), we decided to go next level. And so we pressed the beckoning, gently glowing microphone button, took a deep breath, and beseeched Siri to help us make sense of the most important, most philosophically challenging line of inquiry confronting us at this moment in history. That’s right: We asked her to help us work through the epic collapse, and subsequent total meltdown, of the 2011 Boston Red Sox.”

This Week on Jersey Shore

David Jacoby tallies up the scores on the finale in Firenze and gives six ways to fix Jersey Shore.

Jonah Keri: Why the Rangers Will Win ♦ Rany Jazayerli: Why the Cardinals Will Win

By Jonah Keri and Rani Jazayerli

Grantland’s baseball duo makes the cases for who will win the World Series.

By Michael Davies and Roger Bennett

“Basketball fans who are at a loss, we feel your pain. The first two weeks of your schedule have been canceled. The entire season is in doubt. Even worse: The WNBA doesn’t tip off until next spring.

“Fan nature abhors a vacuum. May we be so bold as to suggest a partial solution? As a public service, we offer this guide matching the parallel universes of the NBA and the English Premier League, team by team. May your new soccer love be as close to the real thing as Methadone or Splenda.”