What Have We Learned From the NFL?

Visiting the Other Team in the Georgetown Brawl 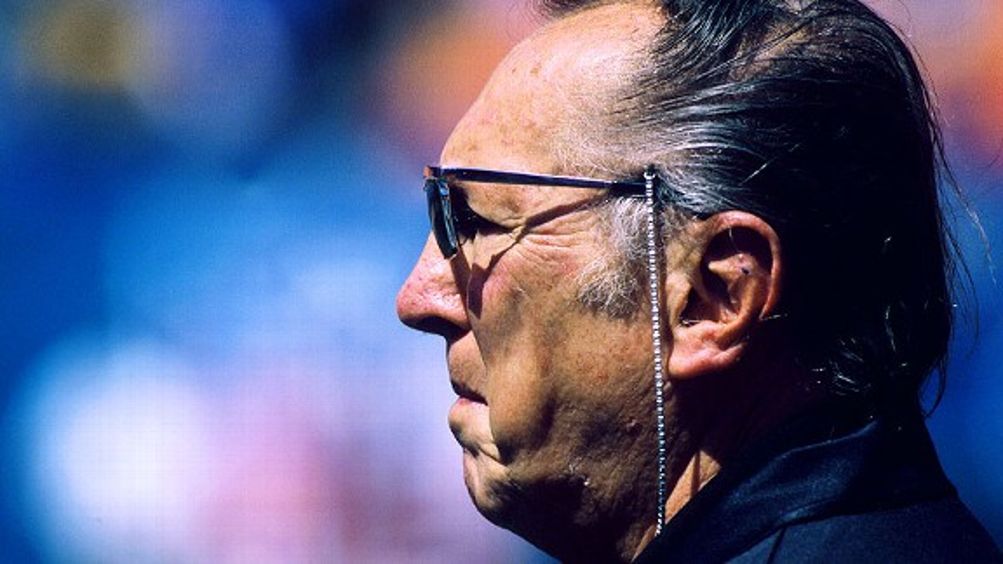 Three writers look at the lasting impact of Raiders owner Al Davis in the world of professional football.

“When I was a young boy growing up, I had a dream like every kid. I never could imagine that what I was doing in the front yard would land me at Ohio State, the NFL, or in the UFL. I can remember using my toys as football players and playing games on my bedroom floor. I can remember playing team football with friends from around the neighborhood and emulating players we had seen on television. I remember watching guys like Earnest Byner, Thurman Thomas, Emmitt Smith, and Deion Sanders. I also remember getting on my knees and playing carpet football in my mother’s living room with my brothers when I couldn’t go outside. Lord knows she would have whupped us if she ever found out. Sorry, Moms.”

Why the NFL Needs Tim Tebow

“I’m not a God-fearing man, nor am I someone who responds particularly well to messianic figures who charge through their work with a manly sense of purpose, as if all of life were an Old Spice commercial in which irony had shriveled up and died. Having split my childhood between hip-hop and the neurotic narrators of modern novels, I prefer my athletes to be loud, hell-bent, and ‘interesting,’ whatever that might mean. As such, if I were to build my ideal Frankenstein’s quarterback, I would take the GZA in 1999 and graft on Vick’s legs, Levin’s morose attachment to duty, and Jeff George’s left arm and tortured entitlement.

“And yet, I find myself rooting for Tim Tebow, who never talks about anything that is interesting to me, who travels to the Pacific to circumcise babies, who does not make cameos in rap videos, and who, without blinking, eyes up the zeitgeist, smiles, and says a prayer for its soul.”

Avoiding the Lockout and the Red Sox, and the Week 6 Picks

“If it’s all right with you, I would like to make it through this week’s NFL Picks column without mentioning …

“A. The indefensible NBA lockout. You should never miss games (and paychecks) without a really good reason. In 2004-05, hockey had a good reason: They had a blue-collar sport with white-collar costs, leaving them a business model that was unsustainable. The NBA has a totally sustainable business model — it just needs to be tweaked. What’s happening right now isn’t ‘tweaking.’ It’s like fixing up your family room by swinging a wrecking ball through it.

“B. Two weeks (and counting) of canceled NBA games. And as we’re finding out, nobody except die-hard NBA junkies care. Everyone else? They’re more than happy to keep watching pro and college football through the holidays, deal with their fantasy teams, gamble on games, eat up the dozens of talking-head shows, read the hundreds of football-related blogs/columns and figure out who’s making the playoffs and BCS Championship Series. But seriously, keep up the ‘tree falling in the NFL forest’ routine and keep losing all your momentum with casual fans after one of the five best seasons in NBA history, Everyone Involved In This Indefensibly Dumb Lockout.

“C. The agents, who escaped this debacle relatively unscathed because just about every person covering the NBA counts at least two or three agents among their best sources — sorry, it’s true — and also, it’s easier to vilify the visible lockout characters (David Stern, Billy Hunter, Derek Fisher, etc.) over the ones who helped block any real progress from happening because some of them cared as much about protecting the ceiling of their next 25 years of commissions as they did about preventing their current players from missing paychecks.”

By Chris Jones and Jonah Keri

“Grantland’s favorite Canadians, Jonah Keri and Chris Jones, return to The Triangle to discuss the Boston Red Sox. More specifically, Keri and Jones discuss the Boston Globe‘s bombshell story on the club. Over e-mail, they debated anonymous sources, journalism, and Boston baseball. Take it away, Canadians …”

“After waiting for what has felt like an eternity, the most unnecessary, absurd, and laughable day of the year in sports has finally arrived and I couldn’t be more excited about it. Based on that last sentence, most of you are probably confused as to why I’m excited about the WNBA draft or why the WNBA is holding its draft on a Friday in October. Well, this might come as a bit of a surprise, but I’m actually not referring to the WNBA at all. No, I’m talking about today being the first day of official practice for college basketball teams, which means tonight is when many teams around the country take part in a little something called Midnight Madness.”

“On television, women are allowed to be good wives or new girls. They can break hearts or fix them, be criminals or cops. But for the most part the one thing they can’t be on television is a mess. And not a cutesy, unable-to-decide-between-handsome-boyfriend-and-dream-job, panic-eating and klutz-falling cue-the-Fray-on-the-soundtrack sort of mess, either. I’m talking an honest-to-goodness shitshow — a complicated, complex character who manages to be both brutally effective and titanically troubled. Think Andy Sipowicz, Tony Soprano, George Costanza; charismatic, memorable men allowed to be more than one thing at any given time, and most of them terrible. After only two hours of screen time, it might be time to add Carrie Mathison to the list.

“To be clear, the protagonist of Showtime’s new Homeland, as played by Claire Danes, is extremely good at her job. Too good, perhaps. As a CIA counterintelligence officer, Carrie is as comfortable behind the wheel of a jeep in Baghdad as she is behind a conference room table in Langley. She’s brittle and single-minded, so driven to prevent another 9/11 she’ll seemingly sacrifice any life, including her own, in the process. She defies authority and wears an engagement ring so her one-night stands won’t get any long-term ideas. Her refrigerator is empty, save for a solitary pack of rancid yogurt. Her aspirin bottle, though, is full of antipsychotic pills — a no-no at her clearance level — that she gets on the sly from her soccer-mom sister. Carrie thinks nothing of whore’s bathing it before a top-secret debriefing or throwing herself at Saul (an excellent Mandy Patinkin), her bearded mentor, when he uncovers the extra-legal lengths she’s willing to go to in order prove herself right. She’s a walking weapon of mass self-destruction.”

Bake Shop: How to Pick an NHL Team

“Yay hockey! There are a couple of ways to approach this, depending on what it is you’re looking for.

“The team: Indiana is practically equidistant from a handful of franchises: the Chicago Blackhawks, Detroit Red Wings, St. Louis Blues, Nashville Predators, and Columbus Blue Jackets surround the city of Indianapolis like spokes on a wheel. I’d rank them in that order, or just gravitate toward whichever one has the best local representation (so you have buddies at the sports bar) or best TV coverage (which seems to depend on where exactly in Indiana you’re from).

“The risk: After years spent cultivating basketball rivalries, trying to cheer for a geographically nearby team could just feel all sorts of wrong. As someone who grew up halfway between New York and Philly, I know how that goes.

“The reward: You could go to some games live, which is the best way to experience hockey, or at least see most of the broadcasts on your regional sports network, whatever it may be. You’ll ‘stay Midwestern.’ Time zones will be less of an issue. If you pick a team like St. Louis, you can mostly preserve any regional rivalry NBA hatred you may have.”