The Year in Sports 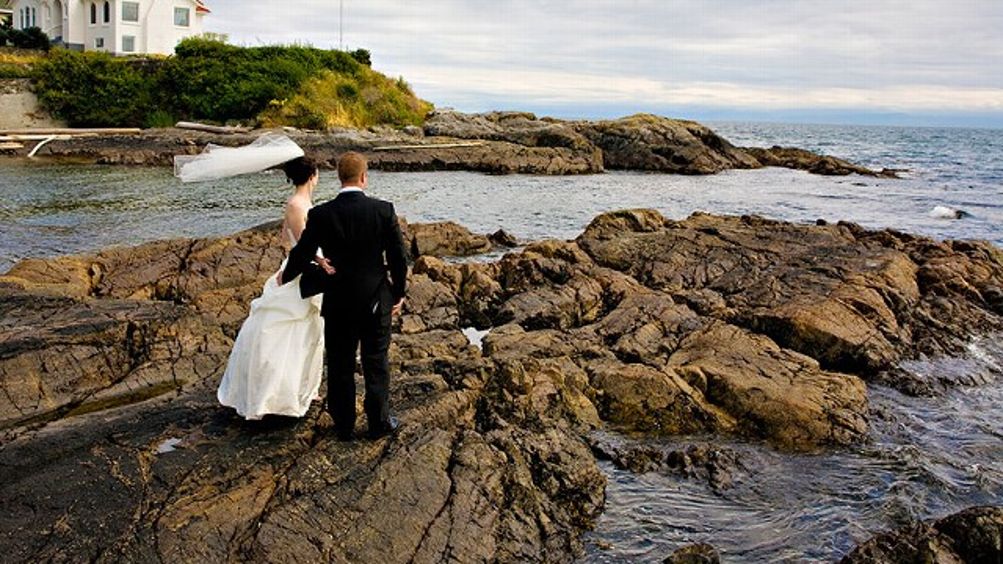 In the mid-1940s, a young New York City woman named Gertrude “Scotty” Mackenzie decided, in the words of the Lewiston Daily Sun, “to try her hand at making a living somewhere in the wide open spaces.” After contemplating going to Arizona, she hit upon a solution that was at once closer to home and light-years away: Maine.

“I realized that the thought of Arizona had not once entered my head since the day we arrived at Goose Rocks,” she later would write in the straightforwardly titled My Love Affair With the State of Maine, her 1955 memoir about the experience of opening up a general store with a girlfriend in Kennebunkport. “Maine had me hook, line, and sinker.”

If you’ve ever been up to the great northeastern state, it’s easy to know why she might have felt that way. From the jagged coastal vistas to the embarrassment of right-off-the-boat lobster, from the northern woods to the “Downeasters,” Maine has always been a place that mixes maritime or lumberyard ruggedness with New England charm. Fishermen coexist with the Bush family; survivalists and artists both thrive. (To say nothing of best-selling horror novelists.) It’s a place where, as many well-meaning travelers have found out the hard way, driving directions to other points within the state often begin and end with an “Ayuh, you’re not gonna get there from here.”

Such a blend of old-timeyness, quirk, and threadbare simplicity is alluring to the many writers and artists that have made the state their home, but, more important, it is utter catnip to WASPs. They can sail in the summer and ski in the winter; they can own spartan cottages festooned with moose heads and their great-grandmother’s old furniture; they can cluck at the materialism of a place like the Hamptons. It’s hilarious to hear two well-to-do Maine summer residents try to one-down one another about whose place is shabbier and thus more authentic: “Oh, our house is just tiny! The kids share a bedroom!” “Well, you’ll have to come over to our house — Ed hits his head on all the doorways, and there’s no hot water after 10 in the morning. It’s a dream. We come here from Manhattan whenever we can.”

Which is certainly part of the reason why, in the seasonable month of August, there were nearly a dozen couples with major ties to the Pine Tree State: They grew up there, went to college there, summered there, were wed there, or some combination thereof. (This duo, who met at a wetland soil identification workshop at a Maine state park, basically satisfy all of the above.)

In fact, so strong was the marital pull for these princes of Maine, these kings of New England, that even one of their elected representatives got in on the act. Senator Susan Collins, who has been one of Maine’s senators since 1997, married a lobbyist (horrors!) in her way-up-north hometown of Caribou, where her mother was once mayor, and which can make for a longer drive from Portland than New York City might. (Caribou is part of a county that was involved in the 1838 “Pork and Beans War” and that periodically attempts to separate from the rest of the state. Those Mainers sure are fiercely independent — that is, until it’s time to get hitched.

One thing that can be frustrating about reading some of the wedding-related content in the Times is the occasional instance of complete tone-deafness. Take, as just one example, this featured couple, who met while working at the Frick Collection in New York but demur that their house of employment is a place of “power, money, social tradition: nothing that we are.” And yet their wedding is described as having “an eclectic mix of New York and Los Angeles museum folk, Parisian friends and Western artists gathered at the Rainbow Ranch near Big Sky, Mont.” Yep, no power, money, or social tradition evident there! None whatsoever.

And then there’s this: According to the Times, a “small but growing number” of couples are “opting to downsize” their weddings.

What does this mean, exactly? Well, according to one of the article’s anecdotes, it means … having a ceremony in a Mormon temple in New York City followed by a party of 150 guests in the New Canaan backyard of family friends. Oh. (It should be noted that the total cost of $6,000 “did not include a second party [the groom’s] family gave near their Utah home in July, which included a chili cook-off and square dancing.” Double oh.) Barbara Ehrenreich is name-dropped in this article, natch.

That piece ran on the front page of August 12’s “Sunday Styles” section. Meanwhile, way back on page 11 was a much shorter article about Wish Upon a Wedding, an organization that “provides free weddings for couples in which one partner is terminally ill.” One such couple was Angela Sclafani and Michael Olexa, who found out he had colon cancer just months after the two had started dating.

“We were moving along in our relationship, and I might have asked her to move in with me,” said Mr. Olexa, recalling the period right before March 2008, when he was about to start chemotherapy. But with the cancer, he instead asked her, “Are you going to stay or are you going to go?” he recalled. “And she looked at me like I had three heads. She said, ‘Why would I leave?’ ”

Mr. Olexa was not the first person to ask if his illness had dimmed Ms. Sclafani’s love for him, nor was he the last. (Ms. Sclafani said she was baffled every time someone raised the issue.)

With medical bills mounting and Olexa’s condition deteriorating, the pair didn’t think they’d be able to go through with their dream of getting married. But after finding out about Wish Upon a Wedding, they successfully applied to the organization, and early this month they were wed in front of 30 friends and family members — “Ms. Sclafani, who is taking her husband’s name, periodically dabb[ing] at the tears that ran down [his] cheeks.” The next day, he was rushed to the hospital, where he died a little over a week later.

“When we got the second opinion, they give you the life expectancy,” Sclafani told the Times in the Vows piece. “It wasn’t a good one, anywhere from two to five years, and I didn’t care,” she said.

“The only thing that ever crossed my mind was what can we do to help him get better or to continue his life as long as we possibly can. I was in love. I still am in love. And I was brought up that if you love someone, you love them for everything that they come with.”

Her words did a better job at getting to the whole point of marriage than most of the thousands of pieces I’ve read on or about the subject. They were heartbreaking, tear-jerking, and almost unfathomably selfless. They were what life and love should be all about. I just wish they could have made the front page.

This month’s SOCIETY SCORECARD — whose design and implementation, I want to note, is all thanks to Friend of Grantland Alex Morrison — had three deserving medalists. Sorry, I’m still kind of in Olympics mode. The bronze winners included a “maternal descendant of William Brewster, a passenger on the Mayflower,” while the silver medalists had their wedding officiated by Ruth Bader Ginsburg.

In other news from the summer wedding circuit …

Quite possibly my favorite wedding-related story of the month was the one about New York senator Charles Schumer and his, er, enthusiastic encouragement of love in the workplace:

“What’s the holdup?” the senator asks couples who are dillydallying on an engagement. “Did you get a ring yet?” Other could-be-marrieds receive a simple instruction: “Get moving!”

“He would just keep saying, ‘Let’s go already,’ ” recalled Sean Sweeney, a top Democratic strategist who began dating the woman who would become his wife when they were on Mr. Schumer’s staff in 1999. When he proposed, the senator reacted “like a sportscaster,” Mr. Sweeney said. “‘Goooooal!'”

“Forget Master of the Senate,” Times staffer Michael M. Grynbaum writes. “This is the Yenta of the Senate.” And like any good meddlesome elder, Schumer’s nosiness does not end at the altar. Once his staffers have been married off, the baby bugging begins. (“He just stared down at her midsection and said, ‘Well?’ ” is an actual sentence in the article.)

This reminds me of something so classic I saw on Facebook earlier today, when a friend of mine posted a photo of her and her husband’s new dog. “Aww. So adorable. Practice kid? :)” commented one person. “Is this a trial run before babies come? Xx” asked another. That’s right: Charles Schumer is THAT GUY in your Facebook feed.

On the other hand, the senator — described as a “fabulous wedding guest” who knows how to cut a rug — also cops to requesting Jefferson Starship and “It’s Raining Men.” He explains why he “loves” the latter’s message: “It’s going to rain men, so you’re going to find somebody nice.”

In other words, he sounds pretty much just like my mom.