The Brash Style in American Tennis 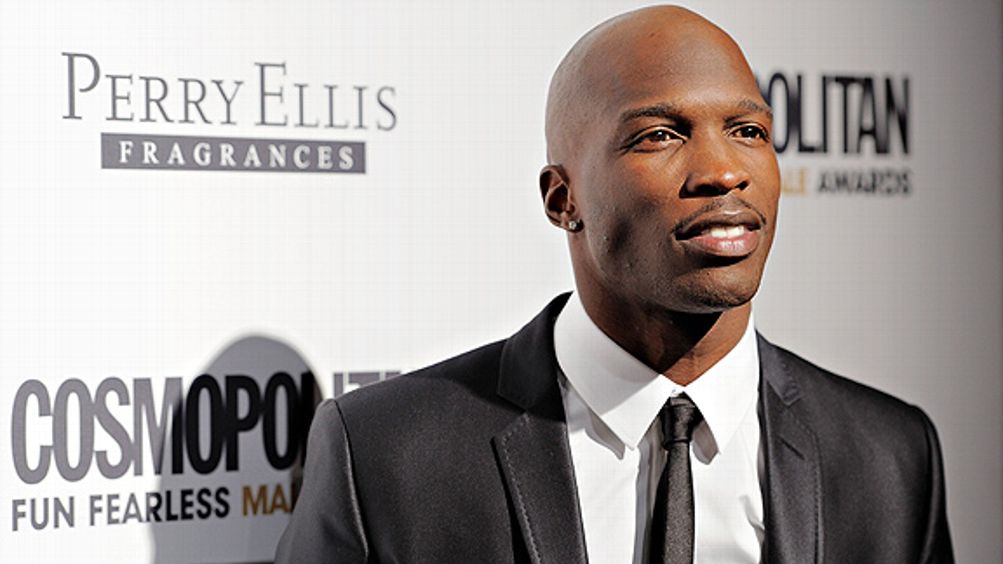 Is Chad Ochocinco a star? He thinks so, which is why one’s tempted to say “no.” He pretends not to care. But he’s gone to New England to play for Bill Belichick: He totally cares. The move is mutually beneficial. GQ recently tagged Boston America’s worst-dressed city. Ochocinco is just about the NFL’s best-dressed man. Who can say whether this will usher in an era of men wearing a Red Sox shirt in their actual size, of bankers and doctors and cops carousing in white pants, of honest-to-god smoothness?

Ochocinco has style, but style isn’t contagious. Fashion is. (Buying a pair of $300 jeans doesn’t mean they’ll tailor or accessorize themselves.) That’s not profound — but, in terms of identity, it’s worth noting, when thinking about what a city wears versus how a football player conducts himself, that self-awareness is priceless. Boston knows who it is. Ochocinco really doesn’t. This is as much an opportunity for New England to make him over as it is for him to make over New England. He’s approached the hunt for attention with dogged flagrance. Now he’s on a team that, despite having a very famous quarterback in Tom Brady, has been coached into a formidable, deferential platoon. The Patriots have star athletes, not celebrities. From the standpoint of extraversion, this might be the last team in the NFL where you’d expect to find a man who in the past 18 months has appeared in four different reality-television shows.

Ochocinco’s least persuasive bids for fame have been extracurricular: the women, the reality shows, the reality shows with him and a bunch of women. He’s a teddy bear. He’s a diva. He’s a dog. On Dancing with the Stars he was all three. His partner in egotism was also his former teammate, Terrell Owens, who served as a kind of mentor/older brother. Together, they were like the industrial-strength fans who whip Beyoncé’s hair: reliable, gale-force drama.

With both Ochocinco and Owens, the question is always: “Who am I this time?” Once, for a show on Spike, the answer was “each other.” Everything with these two is a stunt, including, it would seem, friendship. So thank god for the Patriots, the only move that makes any sense for Ochocinco’s wide receiving. Ostensibly, it gets him away from T.O.

Not that the separation will affect the flamboyant nature of Ochocinco’s personality. It’s the opposite of Brady’s, and not in a way that’s immediately complementary. He’s cocky where Brady is humble and flamboyant where Brady is modest. Brady is a leader, where, if DWTS indicates anything, Ochocinco doesn’t follow easily. Brady doesn’t have style. He has Gisele. And he hasn’t exploited his relationship the way 8-5 has. Ochocinco is the kind of sports star who’s just so happy to have access to designer clothes that he wears them all at the same time. Last year, he starred in The Ultimate Catch (if VH1 has a show-naming department, it needs to clean house), and when the whole series came down to him and two women, he wore, at some point, a khaki jacket, a white shirt with a paisley print, a cravat with chunky pink stripes, and a tie bar. It fit, and he looked outrageously comfortable. The thing about arrogance is that it’s hard to argue with. Ochocinco has styled himself for impenetrability.

Occasionally, he drifts onto VH1’s Basketball Wives, a reality show starring his stunning fiancée Evelyn Lozada. The show is secretly about women bold enough to sign a prenup and the men foolish enough to ask them to. It requires Ochocinco to both play himself down and play dumb. So in the biggest understatement on television this summer, he’s is identified as “Chad, Evelyn’s “fiancé.”

In one episode, Evelyn sees Chad lunching outside with “another female” and becomes “livid pissed,” which, one hates to say, sounds like a new energy drink for a certain kind of woman. When Chad drops by, things don’t look promising: Evelyn is wearing jungle-cat spots and is sitting on jungle-animal striped sheets, all seemingly courtesy of IKEA’s Savanna collection. Chad is in white pants and a Gatorade-lime shirt. When he leans over for a kiss, Evelyn doesn’t appear to know whether to scratch or sip. What ensues is strange, since what Evelyn wants is what anyone’s fiancée would: Leave those hos alone. Yet Chad reacts as if she’s asking him to give her all his money. Hey, wait a minute!

The fun of Basketball Wives — inasmuch as a show about what promiscuous ATMs black men are can be called “fun” — is not simply that it had to expand its athletic parameters. (The producers pulled this off without even changing the name, as if, at heart, all professional athletes — all famous black ones — are ballers, as though we all know that Ochocinco has an NFL name but an NBA ego.) The fun is that, in an exchange like that, Lozada and Ochocinco achieve loosely staged repartee. A mediocre student of the screenwriter Robert Towne could have written the same scene.

The idea of Brady trying something similar with Gisele is unlikely, popular as it would be. When he’s thrown his last football, perhaps, but not now. Part of the reason you can’t see many active professional athletes going down this road is because, on camera, many professional athletes turn into sequoia. Ochocinco is a Christmas tree. None of what he’s up to on TV is to be believed. But the idea of him as a dude on a soap opera is comical. On Basketball Wives, he doesn’t enter his scenes dressed as the Bengal he once was — although Evelyn’s sheets do suggest she was marking her territory. (If there’s a next season for these two, the bedroom will be all Betsy Ross.) Ochocinco is just some dude named Chad. This is a long way of saying that, together, Lozada and Ochocinco don’t seem real. They seem like two people in a Hennessy ad or a Sunshine Anderson video.

Ochocinco doesn’t care about these ladies. Look at his clothes. What can a woman do with a man in paisley and stripes? It looks good, but how do you dress for it? It’s a man thinking of a date as chess and saying to a woman, “Check.” Where now does she move her king? (We’ve been calling her “Evelyn Woe” where I live.)

The Patriots would seem to be more of the same, an exercise in self-gratification: The hottest chick called me; how long ’til I’m bored? Before the season officially begins and Ochocinco fills the shoes of his own talent, there’s still time to wonder what New England was thinking. Will it just get the attitudinal equivalent of paisley and stripes? Will he suddenly lose his conceptual grip on the definitions of partnership, teamwork, and marriage?

It’s been only a few weeks (and in three preseason games his dropped-pass numbers are worrying), but so far Ochocinco seems more eager to accessorize with this new team than with poor, justifiably paranoid Evelyn. He told the press at Patriots training camp that he wanted to move in with a local stranger while he looked for a more permanent place to live. Another stunt. And yet it was tempting to have him fill out a roommate application, even though doing so would be like personally pushing a knife into Evelyn’s heart. Then he tweeted to Roger Goodell and Mason Foster that Foster’s hit on him, during a preseason rout of the Buccaneers, was so good that he’d pay Foster’s $20,000 fine. It should be noted that on television he hasn’t paid any woman such a backhanded compliment or such a hefty fine. Which is to say that Ochocinco has come to New England to refine the conundrum he’s become: He’ll stand out by blending in.