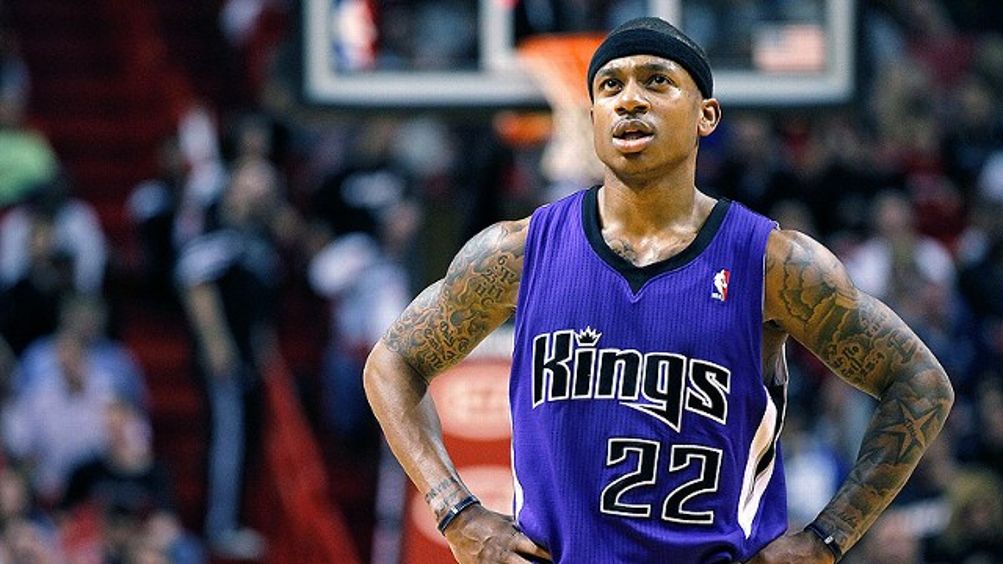 Now that we’ve reached the second half of the NBA season, we’re finally seeing some stability in the Rookie Rankings. Of this week’s top 10, seven also made the list before the All-Star break. (Although, that number is somewhat deceptive because three players from the previous top 10 have been moved to the injured list; they have missed more than 50 percent of their games since the last list.) The NBA teams must be relieved that their rookies are not falling victim to the rookie wall. Despite the breakneck schedule of this condensed season, expect to see strong performances from these rookies through the next few months. Now, on to the rankings.

Last June before the draft, I compared Kyrie Irving’s game to Derrick Rose’s, noting that he favored his left hand 62.9 percent of the time when isolating at the top of the key. In that same post, I wrote:

If Irving wants to become a Derrick Rose-type threat in isolation situations, he is going to have to develop a comfort level with both hands. One of the things that makes Derrick Rose so dangerous is … he is a threat to go either way … If these struggles [for Irving] going right continue in the pros, defenses will start to force Irving right, taking him away from his area of strength …

My biggest concern was that defenses would attack his left hand, forcing him to put the ball on the floor and go right — similar to how defenses have begun to guard Jeremy Lin. But Irving is still very successful from the top of the key. According to data from Synergy Sports, Irving is posting a points per possession (PPP) of 1.333 in “top isolations,” among the top 2 percent of all NBA players. Most notably, defenses have not been able to stop Irving from his preferred move: He has landed in this top 2 percent while still going left 63.6 percent of the time. In fact, when Irving attacks the basket from the left side, he is posting the best PPP among all NBA players, scoring 1.467 points per possession:

Irving tends to finish with his right hand when he drives left out of an isolation. This may not be the most fundamentally sound way to finish, but Irving throws off the defense by using his right hand on the left side. Additionally, Irving deftly uses the the basket as a pick when he takes the ball to the right side of the hoop, thus preventing the defense from altering his shot.

We already know that Ricky Rubio is a fantastic passer with a knack for getting his teammates involved, and the numbers confirm it. According to Synergy, Rubio creates 1.35 points per possession off his assists, among the top 3 percent of the league. He excels particularly in the half court: 41.4 percent of his assists result in 3-point shots:

When Rubio attacks the lane, he is constantly looking for an open teammate, always aware of where the help defense is coming from. Usually the defense collapses in on Rubio, with the helper coming from behind the 3-point line. He recognizes this quickly and gets the ball to his open teammate.

If I’ve made one mistake, it’s that I haven’t recognized the play of Isaiah Thomas before. Thomas excels with the pick-and-roll, a play he runs 23.9 percent of the time. He posts a PPP of 0.9222 in pick-and-roll situations, among the top 13 percent in the league. Thomas has been successful because he can knock down a jumper as he comes off a screen, shooting 42.9 percent and posting a PPP of 1.034, again placing him in the top 13 percent. If he drives all the way to the basket off a ball screen, he posts a PPP of 1.438, putting him in the top 3:

Thomas skillfully adjusts his play based on what the defense throws at him. If he is given any space, he pulls up and knocks down a jumper. If a big comes over to help, Thomas can get around him and drive to the basket. This good decision-making is matched by an impressive hesitation dribble (as seen in the final clip above), all of which make Thomas very effective off ball screens.

Klay Thompson is a fantastic shooter, knocking down 54.1 percent of his spot-up jumpers and posting a PPP of 1.403, which places him in the top 1 percent of all NBA players. But Thompson’s problem is that he can’t create his own shot and he struggles when defenders play him closely. In isolation situations, Thompson is in the bottom 10 percent of the league with a PPP of 0.444, he shoots just 22.7 percent, and he turns it over 18.5 percent of the time.

Now that Thompson is exposed as a catch-and-shoot specialist, defenses will extend on him, keeping him far away from the basket. He needs to adjust his game and learn to get to the rim from the isolation. As of now, he frequently can’t get by his man, resulting in ill-advised jumpers or turnovers. And when he is able to get past the defender, Thompson makes poor decisions about whether he should pick up his dribble or drive all the way to the rim. He needs to make the defense respect his dribble penetration by adding a midrange jumper and a floater to his game. If he does that, he’ll be very hard to defend.

Even though he is 6-foot-11, Enes Kanter only posts a 0.542 PPP when he posts up, which puts him in the bottom 13 percent. Where Kanter does excel, though, is on offensive rebounds. Here he is in the top half of the NBA with a PPP of 1.088 on putback attempts while shooting 54.7 percent; offensive rebounds account for 31.9 percent of his possessions. Despite how raw he is offensively, Kanter already has the necessary fundamentals on the boards:

He locates the ball as it goes up, understands where it will come off the rim, and gets to the right spot to secure the basketball. Then he keeps the ball high and goes right back up before the defense can recover. This is particularly impressive in a young player like Kanter because he is relatively undersized.

Brooks is undoubtedly one of the best isolation scorers. He is in the top 8 percent of the league with a PPP of 0.991 in these plays, and he makes 46.5 percent of his shots. However, he has yet to find his rhythm in catch-and-shoot situations. He is shooting just 34.1 percent overall and 31.6 percent in catch-and-shoots when defended. His main problem is shot selection. Nearly half (46.3 percent) of Brooks’s catch-and-shoot jumpers are considered guarded, according to Synergy Sports. Instead of contested catch-and-shoot jumpers, why not throw a pump fake? Or why not create an isolation — in which he excels — by catching the ball, facing up, and then attacking the rim? Once Brooks gets a better understanding of his strengths and weaknesses, he will turn into a much more efficient offensive player.

As a rookie on a team featuring Tim Duncan, Kawhi Leonard should not expect many set plays designed for him. Thus, he needs to become a master at moving without the ball to create opportunities for himself — which is exactly what Leonard has done. He posts a PPP of 1.387 when cutting to the rim, placing him in the top 13 percent of all NBA players. When he cuts while his teammate posts up, Leonard has the highest PPP in the league, scoring 1.727 points per possession, which means he scores almost every time, and converting 88.9 percent of these opportunities. Leonard has a great feel for exploiting the defense, adroitly recognizing when his defender turns his head and when to cut off of his defender’s back. He is a great complement to Duncan’s post game.

Though Kemba Walker may shoot too often, he is in fact a good, confident shooter. Jumpers make up 80.4 percent of Walker’s shot attempts, with 61 percent of those coming off the dribble. Confidence is not the only reason he shoots so much, though; he is a very poor finisher by the rim. According to Synergy, Walker has scored 48 points on 54 shot attempts around the rim, actually scoring on well under half, placing him in the bottom 12 percent of all NBA players. Walker’s bigger problem by the basket is that he hardly draws fouls. On his shot attempts around the rim, he has gotten to the free throw line just 4.6 percent of the time. To be an efficient player, he needs to be able to pose a threat and finish at the rim.

Kenneth Faried has proven his reputation as a tremendous effort guy. He plays very impressive defense in the post, holding players to a PPP of 0.5888, which places him among the top 10 percent of all defenders. He uses his size (he’s 6-foot-8) and strength to his advantage, and he does it without fouling. Faried has committed fouls in post-up situations just 5.9 percent of the time, a very low number for a rookie defender as aggressive and strong as Faried. This combination of strength and finesse is something you don’t often see in bigs, especially rookies. He has the potential to turn into one of the best post defenders in the NBA.