The Reign of Tyler, The Creator: November in Humblebrag 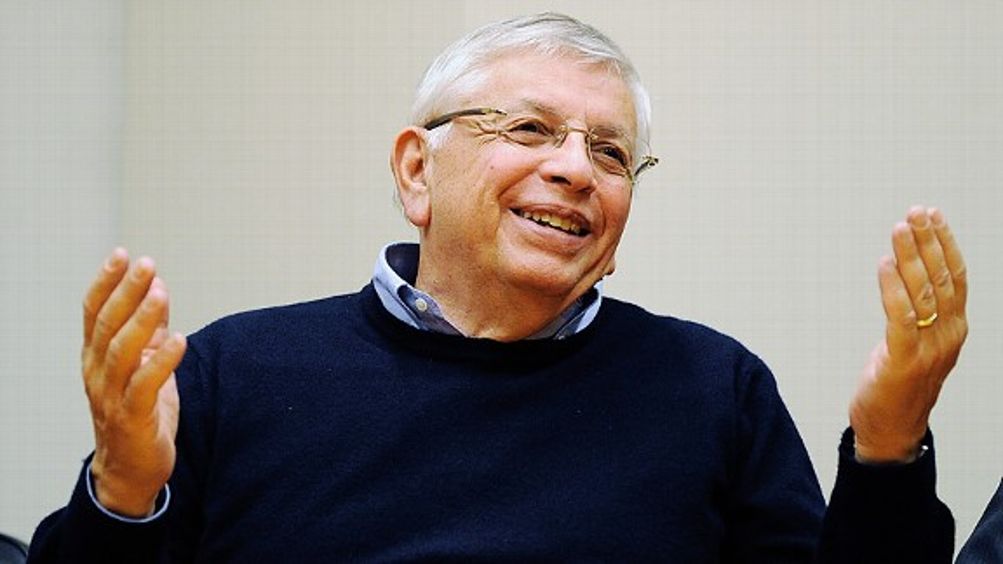 You take me more seriously than sometimes I take myself,” David Stern said during the lockout, and he’s been saying the same thing, or at least acting it out, for 25 years. It’s the key to his whole persona. Stern is the tyrant-as-entertainer, the mob boss who winks while he’s calling in the hit. He’s always kidding when he seems serious, but he’s always deadly serious when he’s kidding. Having decided that one of his tasks is to chaperone a skittish (white) public through an intimidating (black) sports league, he’s cast himself simultaneously as the cop who keeps you safe and the clown who reminds you that really, it’s only a movie.

For a long time, the two pillars of David Stern’s commissionership were his air of absolute authority and the sense of easy whimsy with which he inhabited it. Other sports commissioners were functionaries or bureaucrats: Paul Tagliabue was a responsible steward more than a dynamic leader, Bud Selig was a slack-haired joke. But when Stern took the stage to his annual chorus of boos at the NBA draft, he radiated the amused self-confidence of someone who knows he’s invincible. That’s OK, it’s only a game, his smile seemed to say, and everyone knows no one fucks with me. His perspective was always larger than yours, which meant he could afford to be patient with you — even if you hated him, you just couldn’t see the whole picture. It also meant that if he decided to kneecap you,1 you might never understand his reasons, but either way you weren’t getting up.

In 1994, during an earlier round of collective bargaining, Stern famously called himself “Easy Dave.” For all the achievements on which his legacy supposedly rests — instituting the salary cap, expanding the league’s global reach, and so on — it’s the creation of the Easy Dave persona that’s really Stern’s signature accomplishment. Easy Dave could be a buddy from Wednesday-night poker; he could also be a breezily nicknamed crime lord who’s launched a fleet of corpses into the East River.2 Compared to football and baseball, which embody unhumorous American virtues like family and militarism and Kevin Costner, the NBA has always been about show business, and Easy Dave was above all a master of show business, a wry emcee whose union-busting was part of the act. Where other commissioners pushed paper and signed contracts, Stern transformed himself into another item on the NBA’s varied menu of entertainment, a sort of dry hybrid of Vince McMahon and Kenesaw Mountain Landis.

Like all born entertainers, Stern has always had an instinct for giving the public what it wants. In the past 15 years or so, the NBA has been haunted by a specter, one that began to coalesce around the advent of Allen Iverson before fully emerging in the wake of the Palace brawl. The specter is, to put it simply, the Red State Fan. To put it a little less simply, the specter is “the guy who boasts about preferring college basketball to the NBA without examining the reasons why,” or “the suburban dad who wants to take his kids to a game but can’t because Stephen Jackson might go on a rampage and kill them.” There’s a very distinct form of punitive desire that tends to well up in sports fans who see young men living lavishly on their nickel, and it’s not always related to race.3 As the lockout showed, though, it’s practically impossible to separate race from the tangle of fan/player and player/management relations in the NBA. Stern, who is almost certainly not personally bothered by hip-hop, gave the Red State Fan what he wanted by handing down a lot of petty decrees that — whatever the intention — came off as an attempt to make the NBA more palatable to white fans. There was the dress code in 2005, the automatic suspensions for taking two steps forward during a fight, the infamous Iverson-tattoo airbrushing, last season’s ejections for “excessive complaining,” and on and on, all culminating with the mildly amazing 2010 rule that headbands shall not — must not! — be worn upside-down.

The Easy Dave persona took some of the sting out of this, since there was obviously nothing behind it but canny pandering. Step right up! Stern seemed to be shouting. Zach Randolph will not eat your family! What’s more, the player-humiliation era happened to coincide with some of the most exciting and profitable NBA seasons in recent memory, so from a league-management standpoint, it might even look like a tactical success.

The problem is that you can’t run a sports league on the premise that the players are the fans’ natural enemies without undermining the compact that holds the sports league together in the first place. We’re supposed to like watching these guys play. The moment Stern started pushing coded cultural messages about making NBA players look and act like the world’s last Bear Stearns interns, the league’s wires got crossed in a very ugly way. It’s hard to reduce all the overlapping messages of the NBA’s self-presentation over the past few years to one line, but if you tried, it would look something like: “Carmelo Anthony is spectacular! Buy a ticket and we’ll put him in his place.”

David Stern didn’t create American social realities, he only tried to exploit them. But because he did, two things happened. (1) Stern’s persona curdled into something far more paternalistic and unlikable, “perspective” suddenly turning into condescension and “authority” turning into arrogance; (2) the conditions that made this lockout so much more damaging and acrimonious than anyone expected fell into place. The most widely reported scene from the negotiations — Dwyane Wade effectively telling Stern to get his finger out of his face — was the worst possible thing that could happen to the Easy Dave character. It revealed the limit of Stern’s power. It killed any sense that he was still in sync with basketball as a mechanism for delivering entertainment. And it showed the extent to which he’d alienated the players by, essentially, siding with soft cultural bigotry against them.

And so, with the lockout finished, Stern finds himself in a strange place. He won the negotiations. But he looks like he lost. He’s less relevant and more vulnerable than at any previous point in his reign. The Easy Dave of dry quips and unchallenged power has been replaced by a nastier and more bitter figure, one who no longer seems like a perfect fit for the NBA’s mood. The old twinkle has been replaced by a bleary impatience. Among wide swathes of the audience, the attempt to caricature the players as greedy thugs fell totally flat during this lockout. For the first time, he’s lost the crowd. They’re not just booing him, they don’t believe in him. Well, crowds can be won back, and he works for the owners, anyway. But it’s hard to escape the sense that right now David Stern is a ringmaster who nearly burned down his own circus and can’t understand why we don’t want him to go on with the show.