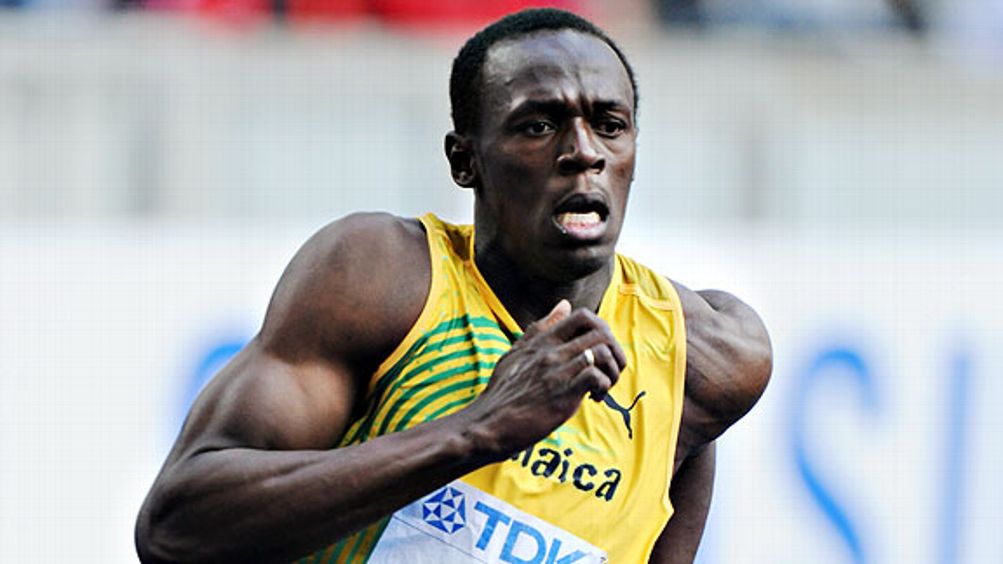 Presented in no particular order (except for Robert Mays’ oral history of Friday Night Lights), here’s a look at the best of Grantland from the past week.

“Gone too soon. Appreciated too little. Treasured by those who followed it. That was Friday Night Lights. So with clear eyes (and full tape recorders), we present the complete oral history of the defining network drama of the past 10 years.”

“Considering the unadulterated simplicity of his vocation and the historic magnitude of his dominance, it’s easy to argue that [Usain] Bolt has been the world’s greatest athlete of the past five years. And yet there’s an even easier argument to make than that one: Within the next 10 years, Bolt’s achievements as a sprinter will be completely annihilated.”

Director’s Cut: Bringing It All Back Home

The Grantland Director’s Cut series looks back at classic works of sports journalism and gives the writers, athletes, and other figures involved in making the articles an opportunity to reflect on their work and recall some deleted scenes. For the first edition, Michael MacCambridge looks at Tony Kornheiser’s 1980 profile of Nolan Ryan for Inside Sports magazine.

“I suspect Breaking Bad will be the least remembered of [The Sopranos, The Wire, Mad Men, or Breaking Bad] and will probably be the least influential over time. Yet there’s one profound difference between this series and the other three, and it has to do with its handling of morality: Breaking Bad is the only one built on the uncomfortable premise that there’s an irrefutable difference between what’s right and what’s wrong, and it’s the only one where the characters have real control over how they choose to live.”

“So, here we go &#133 This list of the 25 worst players in the league accounts for playing time, expectations, and salary. It focuses on the 2010 season without forgetting about those who sucked in 2008 and 2009; in other words, C.C. Brown, you can’t hide in Detroit.”

The Legacy of Yao:Part 1 and Part 2

Examining the career of a once-in-a-generation player.

“The Harry Potter movies represent the U.K.’s most successful experiment with socialism since health care — and now it’s over. But because those holiday homes in Cornwall aren’t going to pay for themselves, we’re here to suggest the paycheck parts these extremely serious thespians ought to target in order to keep the pounds pouring in — and keep those offers for Merchant Ivory movies going straight to voicemail.”

“Getting cuckolded by Angelina Jolie is a perfect storm of female insecurities; Jolie is younger, more beautiful. She has an Oscar, even if she hasn’t done anything since Girl Interrupted that proves she deserved it. [Jennifer] Aniston has millions of dollars, a hugely successful acting career, and great comedic timing. But she is also Jennifer Aniston, the losing point in the world’s most famous love triangle, and therefore subject to constant public humiliation about her dating prospects.”

The Sports Book Hall of Fame

Every week, Grantland’s staff watches all 200 million videos on YouTube and picks their favorites.

“Full Disclosure: We don’t know what we’re doing. One might have assumed that with the embarrassing amount of time we’ve spent on the Grantland Reality TV Fantasy League we would have at least come up with a plan to, you know, end the season and declare a winner. Well, we didn’t. Until now. OK, fine &#8212 we still haven’t.”

“Two different worlds. Francona and Epstein. They are characters out of a kind of baseball version of Upstairs-Downstairs the old PBS series about class and expectation. One is Ivy League. The other is Summer League. One grew up dreaming of baseball. The other played it, raised in a house with a father who made a living at it in the major leagues.”