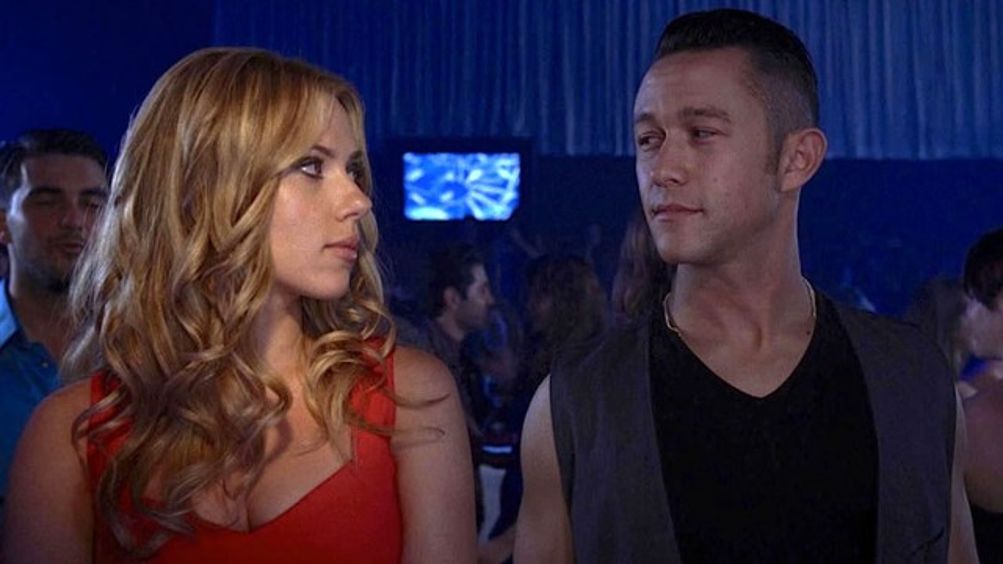 I f you’re not having enough sex or if the sex you’re having isn’t enough for your partner, come to the Sundance Film Festival, where everybody from Julianne Moore to Kristen Bell has tips for how to make better love to a woman. This has always been a good place for people — usually young white boys — looking to lose their virginity. But this year is short on virgins and longish on sex that inspires that like-a-virgin feeling. When Moore runs her hands through Joseph Gordon-Levitt’s hair in Don Jon’s Addiction and proceeds to climb atop his lap, it’s as though all the American movie love you’ve seen in the last two and a half decades has been a lie. You rarely see sex like this between two actors who aren’t having that sex on a set in the San Fernando Valley. The way Gordon-Levitt and Moore look at each other is what you want from two people intensely attracted to each other: hot, romantic, and embarrassingly sincere. Embarrassing because it’s almost too tender to watch, so tender that it feels private, so private that continuing to look should get you slapped with a restraining order.

Gordon-Levitt wrote and directed Don Jon’s Addiction, and it has the sort of high-energy self-belief of Sundance discoveries like Dito Montiel, that Queens native whose filmmaking is a mix of dirty fingernails and 40 rosaries. (Montiel made a name for himself here in 2006 with A Guide to Recognizing Your Saints , but his strongest movie is Fighting — the best boxing movie no one remembers since John Huston’s Fat City all the way back in 1972.) Don Jon doesn’t have Montiel’s laborious approach to self-confession. It was filmed in Hackensack and set in the sort of blue-collar Jersey where the men still eat Sunday dinner in a so-called wife-beater and where a kid’s keys to happiness include a good, gelled-up haircut, a nice car, and a woman to bed and probably discard.

The movie finds a hilarious rhythm for Jon’s compare-contrast analysis of actual intercourse versus the vicarious version — the visual ping-ponging from the thrusting on his mattress to his cut-rate Mac and back again. (Lauren Zuckerman is the editor, and she creates the equivalent of a pop song’s hooky loop — laptop, gym, church, nightclub, Sunday dinner; repeat). He sees Johansson’s character, Barbara, in a club and has to have her. She’s a home-grown bombshell, an hourglass of suggestiveness — the gum-chewing, the bodaciousness, the hair. She’s what Mira Sorvino could have made a career of if she hadn’t become instantly famous for playing that part for laughs — the cunning ditz.

Her cheesiness is drawn to Jon’s cheesiness. But she’s enough of a unique creation to want more from him than his preening and low ambition. She keeps his attention by denying him intercourse, bringing him to her front door and not letting him in. But that suggestiveness has higher designs. She wants to take The Situation and turn him into Antonin Scalia. Jon brings her to Mass and to the Martello family dinners, which have a separate comic rhythm around Jon’s overwrought mother (Glenne Headly, long-lost no more), hothead dad (Tony Danza), and a zombie sister (Brie Larson) lethargically strung out on her smartphone.

M oore plays his night-school classmate, a needy weirdo to whom he finds himself drawn, and there are a lot of movies at Sundance that feature the connection between older women and younger men (and women). Several of these films are in the U.S. dramatic competition and since I’m serving on the jury this year, I’m forbidden from elaborating. But, generally, the remarkable trend this year is that it’s focused less on the difference in age than on the difference in experience. What makes Gordon-Levitt and Moore so fantastic together is that the wisdom she gives off feels truly wise. She knows what she finds sexy and draws that out of Gordon-Levitt, an intense performer, who if we’re being honest has never been more than cute — cutely damaged (Mysterious Skin, Hesher, Lincoln), cutely wired (Inception, 50/50, Premium Rush, Looper), cutely cute ((500) Days of Summer).The comic machismo here and the vulnerability beneath it are new for him.

This is like Saturday Night Fever with the emphasis placed on personal grooming rather than trendy glamour. It’s like Marty without the self-pity and with way more sex. It’s another Italian man struggling to free himself from his family. Where, in Fever, John Travolta’s Tony Manero wanted to leave Brooklyn to surf the crest of disco, to become a star, Jon thinks he wants to tread into domestic bliss with a nice piece of ass. The cultural stakes are lower. It’s been built around the unmentionable universality of horniness. You can’t celebrate its triumph the way you can Tony’s dancing or the end of Marty Piletti’s loneliness in Marty. You’re happy that this kid might have found a better way to be a man. Don Jon’s Addiction isn’t out to make a star of its director. But it does make a director of its star. 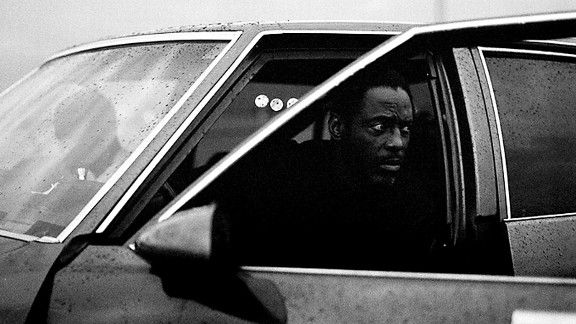 A few days ago Relativity Media paid $4 million for Don Jon’s Addiction in a deal that also includes $25 million to distribute and market it. But that still didn’t count as the festival’s mega-millions jackpot. That title was claimed when Fox Searchlight paid almost $10 million for The Way, Way Back, a comedy about a teenager (Liam James) who spends the summer at an old water park. Nat Faxon and Jim Rash wrote and directed it — they shared writing credit and an Oscar win with the director Alexander Payne for The Descendants; they’re also on sitcoms (the recently canceled Ben and Kate for Faxon; Community for Rash). The Way, Way Back deploys the same Teflon comedy as their respective shows. Nothing sticks, emotionally, and, up to a point, that works. It has Little Miss Sunshine‘s Steve Carell and Toni Collette together again. Yet the movie smacks of Adventureland, a tonally awkward comedy set at a crumbling amusement park that made some waves here in 2009. Even so, you get the sense that what Faxon and Rash, Searchlight, the festival, and the audience all want is to recreate that Little Miss Sunshine feeling. That’s not what the title refers to, but it might as well.

Most movies arrive here homeless, and many very good ones leave that way. As of now, Alexandre Moors’s Blue Caprice is still living in a cardboard box but deserves a distributor. It reenacts the 2002 Beltway sniper murders as the story of a Caribbean teenager, Lee Boyd Malvo (Tequan Richmond), who’s desperate for a parent and finds a father figure in John Allen Muhammad (Isaiah Washington). Moors wrote the movie with R.F.I. Porto, and it’s not looking for a motive for the shootings so much as it’s trying to make a dramatic case for what might have allowed Malvo to participate in them.

A movie about two black men on a killing spree could go all kinds of wrong. But this one operates with a moral chill that doesn’t identify with these two or even gratuitously humanize them. The movie is actually timid about politics. I don’t recall hearing Muhammad’s last name, and there’s no mention of his radicalist embrace and perversion of Islam. Instead, the film creates one of the most chillingly becalmed portraits of insanity I’ve seen. Washington doesn’t rant or rave, but his keel is usually uncomfortably uneven, like a man who doesn’t know that his fly is always down. Richmond might say a dozen words the entire movie, but the way he reroutes his steeliness from self-protective innocence to evil is a kind of silent-movie master class.

This is Moors’s first feature, and he works with rich, terrifying, documentary-like meticulousness. A lot of the shots are saturated with color and hauntingly framed. Like Spike Lee’s Summer of Sam and David Fincher’s Zodiac, it finds the sort of dread that knots your stomach, often, mercifully, by showing you very little of the murders but enough to fear what you know is coming. The film’s iconic images involve the car itself, a 12-year-old cobalt Chevy Caprice that Muhammad and Malvo rigged for their spree — the way it drifts along I-95, its taillights glowing a satanic red; the insinuating way it sits in parking lots and near gas stations, almost breathing, almost alive; the manner in which we see Malvo slither from the backseat into the dark trunk to aim his military rifle through the small hole they’ve bored. You see him do this in detail only once. But you watch him mount the gun and hear him coordinate with Muhammad when to shoot, and your blood goes cold knowing they performed this ritual at least 13 times. I saw this movie close to midnight two days ago and I’ve been uneasy ever since. 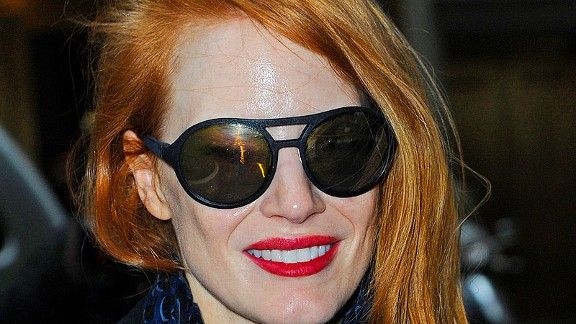 O ne afternoon I took a break from the festival to see another kind of horror film, the kind that’s junked up with special effects and noise and 100 cuts per minute, the sort of horror film we’re used to getting a couple of times a month that has a couple of good scares but a story as flat as an X-file. I took a break to see Mama. I went because Jessica Chastain is in it, and because it was the country’s no. 1 film last week, which means between that and Kathryn Bigelow’s Zero Dark Thirty, Chastain is starring in the top two movies in America, which feels like a coronation of sorts.

In Mama, she wears her blackish hair Liza Minnelli short and sports a tattoo on her arm and dresses the way punky goths did in 1992. She’s a bassist in a garage band that might as well be called Thirty Dark Zeros. Well, she was the bassist until she quit and moved into a big suburban house to raise her boyfriend’s two long-missing nieces. They’ve turned up feral and nasty, having been raised by a computer-generated witch-ghost who looks like an expressionist bag lady.

Needless to say, the witch-ghost has a miserable backstory and is rendered as a splotchy special effect that sneaks up behind people and appears on the walls and in corners toward the ceiling. But the movie — which Andrés Muschietti, an Argentine, directed and Guillermo Del Toro produced — has more integrity than its creepshow peers. The story basically comes down to a dead-looking woman who doesn’t want to be a mother fighting for parental custody against a long-dead woman who does. (Grad students, start your theses.) There’s a nifty dream sequence that looks like it’s covered in ectoplasm and has the trashy kick of certain Italian horror hacks. But the movie has nowhere new to go (except the faint promise of a sequel) and has even less for Chastain to do.

That’s a common complaint about her in Bigelow’s movie, that the part is too underwritten to show her off. It is. But Chastain is excellent with the monomania she’s given to play. In two years, she’s become a something-from-nothing kind of actor, who, at 35, has a lot less nothing to look forward to. To that end, it bears repeating that the top two movies at the box office star the same woman and one was directed by a woman. The other was co-written and co-produced by one. Perhaps it’s foolish to wish, but I hope someone in Hollywood can look at that chart and at least pretend it’s some kind of mandate.

An earlier version of this review stated that Andrés Muschietti, the director of Mama, is Spanish. He’s actually an Argentine who lives and works in Spain.