From Russia, With Love

I Sing the Bode Electric 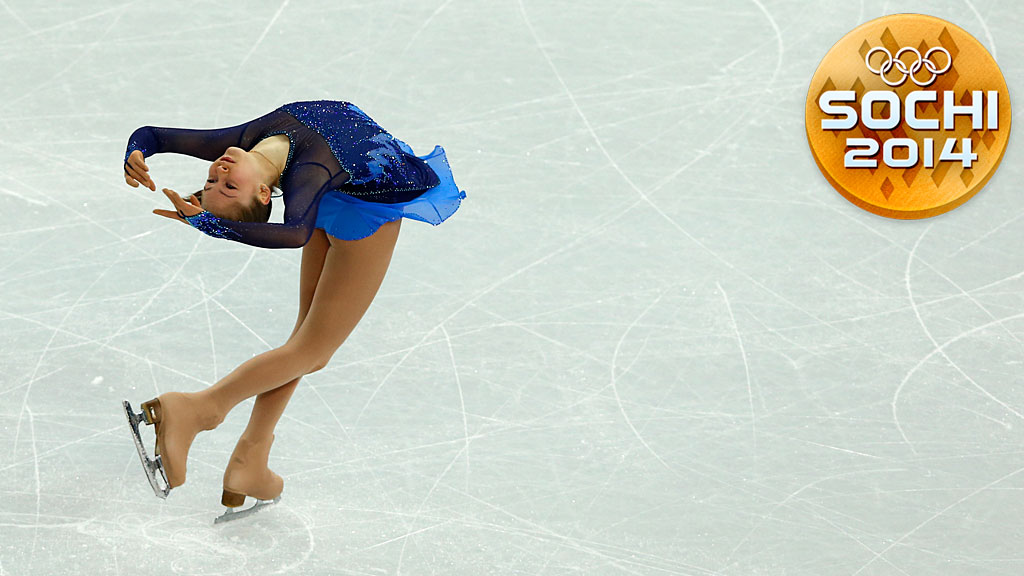 There are people everywhere in strange fluorescent outfits or those hats with animal ears and dangling paw-pockets. No one is satisfied with the bathroom situation, no matter what. Choosing to go see one thing means you’re always missing something better. The Olympics, when it comes down to it, are basically an enormous music festival with passports.

This leads to some difficult choices for reporters at the Sochi Games. Take the two-hour trip up to the mountains for slopestyle and ski jumping? Or maybe head to the Olympic Park to check out the women’s hockey game between the U.S. and Finland1 instead? Go to a gold-medal ceremony, and you’re probably missing figure skating. Go to figure skating, and you’re missing moguls. Oversleep an hour and you’ve got no shot at catching the downhill skiers — but it’s OK, word on the street is it sucks watching live, anyway.

I figured I’d stay local this weekend, sticking to the Olympic Park instead of schlepping up to witness 0.5 seconds’ worth of poor Bode Miller. This is my first Olympics, and I wanted to take in the scene at the center of the Games. 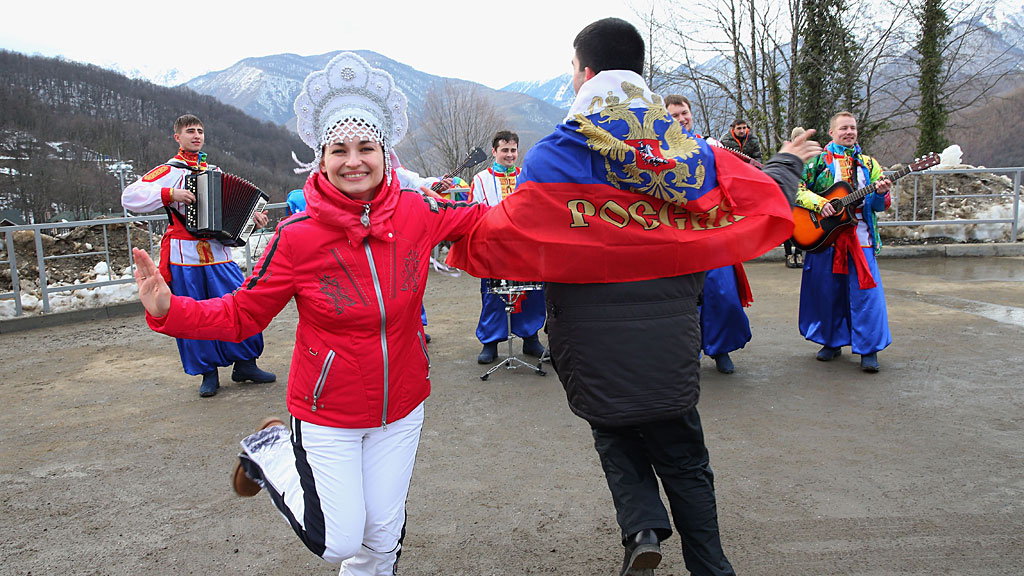 When I walked through the plaza Saturday morning, though, almost no one else was there. Volunteers outnumbered visitors. Big Coca-Cola-emblazoned food courts stood virtually empty, their inventories of ham-and-cheese sandwiches and bottled water mostly untouched. In between the beats of Avicii that blasted over giant parkwide speakers, it was so quiet, you could hear the hissing of the photogenically phallic Olympic Flame.

It was another gorgeous Sochi day, all blue skies and confusing warmth, and the weird contrast of such nice weather and so few people gave the whole place a bit of a postapocalyptic feel. Zombie athletes, I imagined, and then spent the remainder of the mile-ish walk to women’s hockey thinking about what tools I could find to help me survive if it all came to that. Unfortunately, I was nowhere near the biathlon equipment closet.

Sunday night, though, things were wildly different. Thousands of people swarmed out of the Iceberg Skating Palace, most of them in highly hearty spirits after seeing their beloved countrymen and women win figure skating gold. They posed with Russian flags and the flame burning in the background; they huddled around a TV crew and chanted, “RUS! SI! A!” Across the park, venues were lit up in shades of blue and green and purple. Pixelated snowflakes dashed across the exterior of Shayba Arena, which is named after and shaped to resemble a puck.

There were children swaddled in unnecessary snowsuits being held up by their parents, and there were boyfriend-girlfriend duos taking make-out selfies in front of the Olympic rings. In the center of the plaza, a large stage was being set up for a late-night concert; footage of alpine events played on its three big screens. “Ivan can make many noises with his mouth!” declared the woman who finally took the microphone to begin the proceedings, and a man somehow made helicopter propeller sounds and then began beatboxing before an appreciative and happy crowd.

“She has no spine,” American Gracie Gold said of one of her competitors, meaning it in the best way possible. “Yet she has iron in her bones.” It sounded like the kind of praise that had originated in Russian and been Americanized by Google Translate, but it was right on.

Gold was speaking of tiny Julia Lipnitskaia, who had emerged over the weekend as one of the early stars of these Winter Games. The 15-year-old, who qualified for the Olympic age limit by a mere 26 days, earned a buzz Saturday night with her short program in the team skate. The most memorable parts weren’t the tight jumps, though those were great, but rather her spins, which she pulled off while holding her leg above her head in such a hip-popping, back-bending position that it made me think of the bendy leg joints on a Barbie doll.

On Sunday, Lipnitskaia performed more of these ridiculous rotations during her free skate, this time with Vladimir Putin (clad in a bright red jumpsuit that made him look like an off-duty cosmonaut) in the house to watch.2 When she finished, someone threw a red-and-white Team Russia hat onto the ice, along with the more traditional offerings of teddy bears and flowers. She scooped it up and put it on; it covered nearly all of her porcelain face.

Team figure skating is new at the Olympics, and you kind of wonder why on earth it took so long.3 The event is somewhat similar to gymnastics: Before the four individual medal events begin (the ladies, men’s, pairs, and dance), countries compete in an aggregate event. It’s a nice way to give these athletes a chance at another medal; many admit they’d long been a little jealous of their swimming or track-and-field brethren, who often have multiple chances to compete at the Games. It’s also an obvious ratings ploy. By broadcasting the team events, the networks not only get more figure skating minutes — they also can pump up narratives and story lines going into the individual competitions. 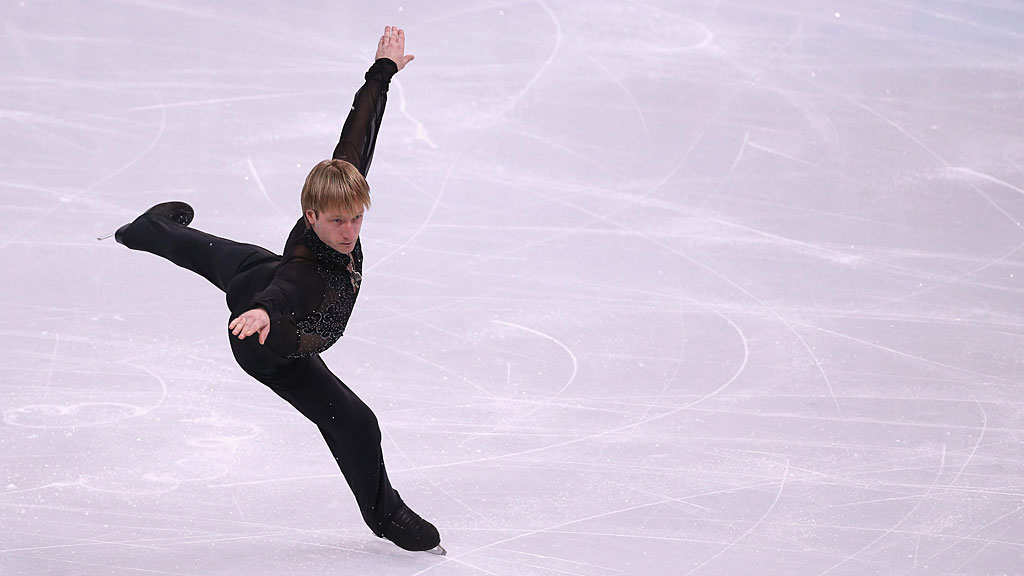 Right now, the biggest of those surround the Russian team. Evgeni Plushenko, the sullen silver medalist in Vancouver, played the Iceberg like a fiddle once again, just as he had done in his short program. No other men’s skater, with the exception of Team USA’s Jason Brown,4 grasps the importance of showmanship the way Plushenko does, and the reception he gets from the adoring home crowd only elevates his routine. The dude next to me on press row gave him a standing ovation. (This isn’t unusual here.) Most people thought, having won his team gold, Plushenko would bow out of the individual competition, and he seemed to be setting himself up for just that when he talked after his skate about pain in his spine. But Monday, the team announced he would indeed compete. And of course there is Julia, dear, sweet, stone-cold-stare little Julia, who could easily become the breakout worldwide star of these Games.

Not all the story lines to emerge from this weekend were as precious and universally beloved as hers, however. The very lowest was an allegation in French paper L’Equipe, claiming Russia and the U.S. were colluding to punish Canada. As my ESPN.com colleague Jim Caple perfectly explains, with the revamped figure skating scoring system — adjusted after an actual score fixing scandal at the 2002 Salt Lake City Games tarnished an already dirty sport — this idea “might be possible but would require so many layers of cooperation and combined deception and skulduggery between old rivals that not even Edward Snowden could track it down.”

There are still silly problems, of course; simply being in one’s hotel is a constant small-stakes game of Russian roulette. Just yesterday, the National Post’s Bruce Arthur returned home to a note informing him that if he continued to place his belongings on the spare bed in his room, he’d be charged for laundering the sheets.

Johnny Quinn, an American bobsledder, got locked in his bathroom while taking a shower and had to resort to his push training to bust out, like some Beatrix Kiddo/Kool-Aid Man hybrid. Bobsledder Rebekah Wilson pressed the button for a British athlete village elevator and when the doors opened, she nearly stepped into an empty shaft. When an ATM gave me an error code, I threw up my hands in mock disbelief. “Why is everything always broken?” I said to the nearby front desk clerk. He smiled serenely and replied, “Maybe we were not ready.” I was immediately disarmed. 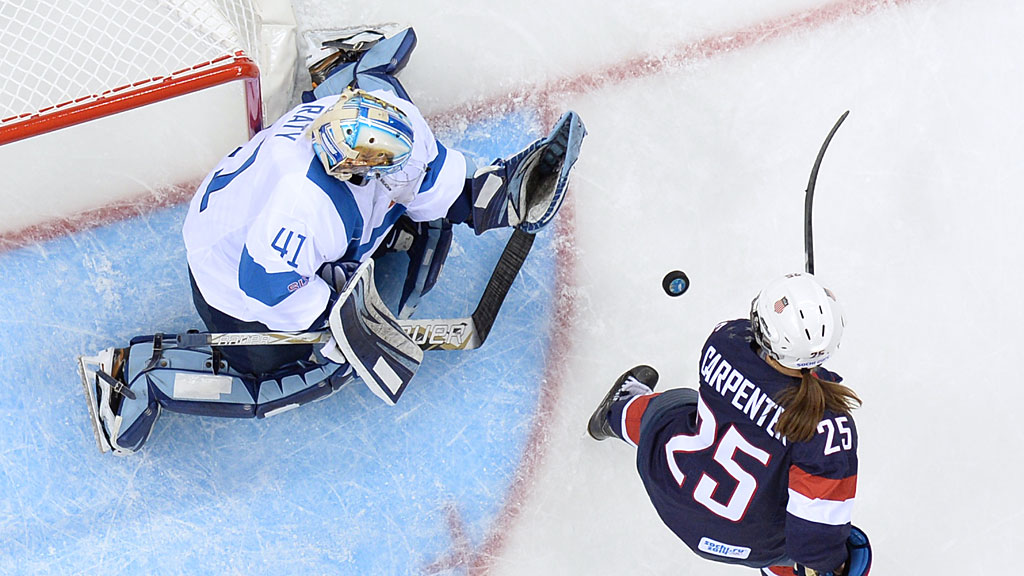 But ready or not, the Games have begun, and so far they’ve been a joy. Every day brings new discoveries — the Tongan luger who changed his name to an underwear company so he could pay his way to Sochi; the restaurant near our hotel with delicious meat kebabs and deafening techno beats; Evgeni Plushenko’s hilarious wife; the sign on a door at security that reads, existentially, “ROOM FOR PERSONAL SEARCH.” The USA-Finland women’s hockey game, far from being an American rout, introduced those who don’t follow University of Minnesota hockey to Finnish goaltender Noora Raty, who plays in a men’s league back home and is by far the top netminder in Sochi. She made 40 saves in a 3-1 loss and said amiably afterward that if Finland could not win the gold, she wanted her college pals from the U.S. to do so. In moguls, a pair of sisters from Montreal named Justine and Chloe Dufour-Lapointe finished first and second; a third sister, Maxime, came in 12th. (They’re clearly the Staal family of skiing.)

The two gold medalists in slopestyle, Americans Sage Kotsenburg and Jamie Anderson, put on the funniest, most laid-back press conferences I’ve ever seen: Kotsenburg spoke about preparing for his unexpected win by eating onion rings and chocolate and watching Fight Club with some friends. “We were chilling hard,” he explained. Told there was an Internet meme comparing him and Jeff Spicoli, Kotsenburg laughed. “That is sick!” he said. “I’m so down with that! That’s so awesome that somebody did that … Good old Spicoli!” Anderson spoke of her “spirit grandma,” a Bavarian woman who lives in her Tahoe apartment complex. They’ve grown close, and the woman traveled to Russia to be there for Anderson’s winning run. Asked about Sage, she smiled dreamily. “Sage has got such a great spirit,” she said, and I imagined her as the girl in Almost Famous talking about the colors of people’s auras. 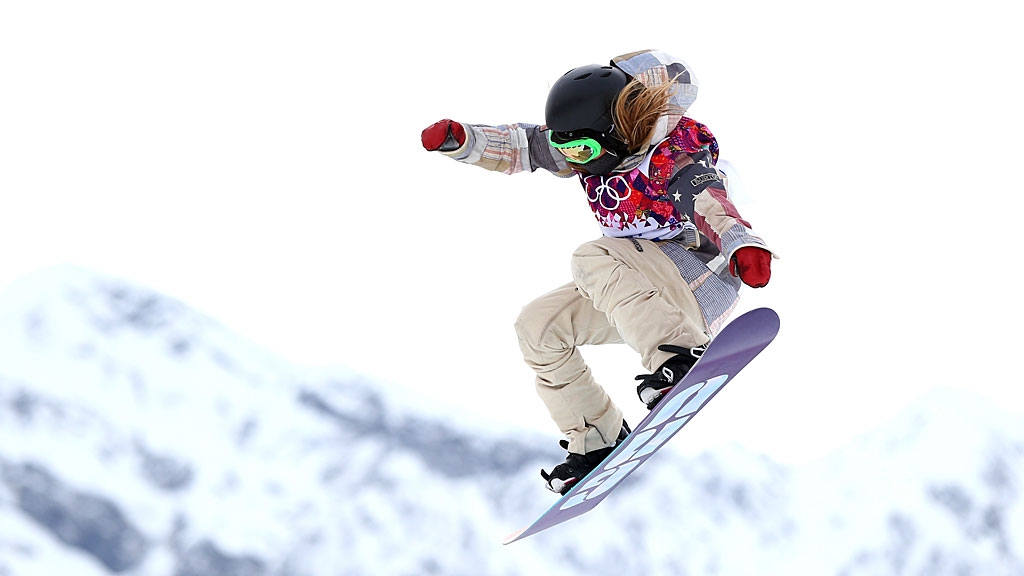 There have been attendance issues early in the Games, but I suspect more and more people will be arriving; the hockey fans, for example, not to mention the players and reporters, are just beginning to trickle in. The celebratory scene on the plaza following figure skating Sunday night, minor as it was, warmed my heart; I almost found myself hoping Russia would win gold in men’s hockey, just so I could witness the ecstatic mayhem. (In this treasonous scenario, they’d beat Canada and the U.S. would battle back in overtime to earn bronze.)

On Saturday night, I wound up stupidly trying to go from the third stop on a bus route to the second, which meant we had to circle all the way around, and even — at one point — drive to the airport. The trip took about 45 minutes, and I quickly realized I could have just walked faster. I was the only one on the bus the whole time. The driver had a Russian national basketball team banner hanging on his front window, and I told him I was a Knicks fan and missed Timofey Mozgov. He spoke about 10 words of English, more than I speak of Russian, but we chatted successfully nonetheless. He was from Kazan, he said, and has a 22-year-old daughter married to a Dutchman; I told him about my trip to see KHL games.

When I got off the bus, he handed me a card with his name and his number, and told me to call him if I was ever in Kazan. When I pulled it out the next day, I turned the card over and found it was a ticket from the Kazan ski resort. Some big things may be going wrong, but every day, lots of little things are going quite right. I just hope I can take him up on the offer sometime.