WWE Underdogs, This Is Your Moment 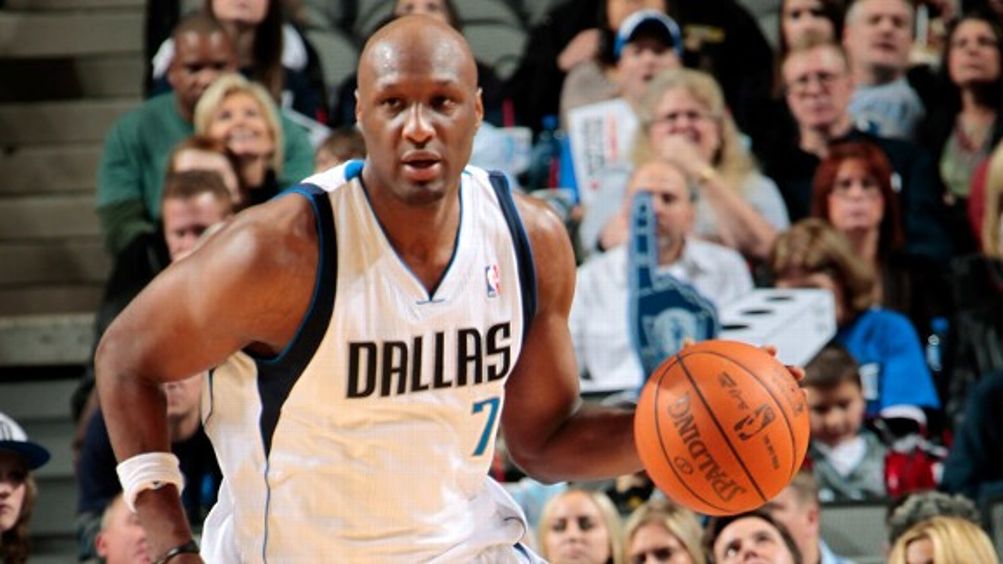 Two of the big, non-Chris Paul acquisitions this NBA offseason were trades involving big men and the Dallas Mavericks. First, Tyson Chandler was sent to the New York Knicks in a three-team sign-and-trade involving the Washington Wizards. The Mavericks then made a second deal, with the Los Angeles Lakers, bringing in Lamar Odom, who will replace some of the size Dallas lost in Chandler but is, of course, a very different player. Both moves could make or break the season for the Mavs and Knicks, respectively, so it seems worth examining which player is the better fit for his new team.

At first glance, Odom seems a confusing addition for the Mavericks. You can’t really blame them for getting him, since all they had to give up was a draft pick for him, but it’s hard to see where Odom fits on the Dallas roster. The Mavericks already have Dirk Nowitzki and Shawn Marion at the forward spots, and the team won’t want to limit Nowitzki’s minutes, because he is Dirk Nowitzki. So it looks like Odom will be starting the year as Marion’s backup. Despite Odom’s reputation for being able to play several positions, he played almost all of his minutes with the Los Angeles Lakers last season at power forward, according to 82games.com.

That said, Odom has the skill set to play small forward. To see if he fits into what the Mavericks think a 3 should be, I think it would be interesting to look at how Dallas used Marion last season and ask if Odom can do the same things:

As you can see in the chart above, Marion’s three most used play categories were cutting off the basketball, posting up, and spotting up. While Odom didn’t do them as often as Marion did, he did perform better than Marion in each of the three areas, and he logged those numbers while playing at the 4. So can Odom duplicate Marion’s performance from last season? Based on the stats, it seems like he can.

Now, let’s look at the tape. First, Odom’s movement without the ball: With teammates like Nowitzki, Jason Kidd, and Jason Terry, Odom will have myriad opportunities to cut to the basket while his teammates have the ball (and the defense’s attention). According to Synergy Sports, basket cuts made up two-thirds of Marion’s total cuts last season. Odom, too, made basket cuts 68.6 percent of the time when he was cutting off the ball, and he was very successful doing so. Odom’s PPP of 1.394 in these situations was in the top quarter of all NBA players, and he made 68.6 percent of his shots that came off basket cuts. It’s particularly interesting to look at how Odom cuts off of his teammates when they post up:

Odom cuts so well off post-ups for a number of reasons. First, he reads the defense well. When Odom is on the weak side or when he enters the ball into the post, he always reads the defense. If his man turns his head or leaves him to double, Odom cuts to the rim. He also cuts in ways that provide his teammate in the post with a passing lane to get Odom the basketball. Once he makes the catch, Odom keeps the ball high and shoots quickly, so help defenders usually don’t get a chance to block his shot. Given how often the Mavs use Nowitzki in the post, we can definitely expect to see lots of Odom making cuts around the reigning Finals MVP.

Marion is not known for his low-post game, yet the Mavericks chose to give him the ball rather frequently last year. This strategy makes sense when you consider that many opposing small forwards were mismatched against Marion. If Dallas also uses Odom, who at 6-foot-10 is listed as three inches taller than Marion, at the 3 this season, the mismatches will be even more pronounced. Against small forwards, Odom should be almost impossible to stop in the post without drawing a double-team.

On both sides of the court, Odom’s favorite low-post move is to turn toward the baseline. This move allows him to take advantage of his length, which he used effectively against power forwards last season. The thought of Odom posting up against small forwards and turning toward the baseline should frighten every 3-man not named LeBron James, because Odom will simply be too big down there.

The final requirement for small forwards in Dallas’ system is to be able to make spot-up jumpers when Nowitzki passes out of double-teams. Nowitzki has become an above-average passer, and Odom will be expected to make defenders pay for leaving him to double Dirk. Odom is long and has a high release on his shot. There won’t be many players who can close out on Odom and then block his shot, especially since Odom should spend most of this season matched up against shorter defenders at the small forward position.

In addition to these three categories, Odom’s versatility will give Mavs coach Rick Carlisle a chance to be a little more creative than he was with Marion. On its own, Odom’s ballhandling ability is a scary thing for defenses. Now, imagine Odom coming off a ball screen set by Nowitzki. I can’t think of a tougher pick-and-roll combo to defend; if they start running it well, Odom and Dirk could be even deadlier than the Westbrook/Durant and James/Wade pick and rolls we saw last season.

While Dallas had offense in mind when it acquired Lamar Odom, the New York Knicks signed Tyson Chandler away from the Mavericks because they coveted his defensive presence. Chandler looks to be a perfect fit for the Knicks. With his length and activity, Chandler can hide the defensive errors that Amar’e Stoudemire and Carmelo Anthony make. On top of that, Chandler is a fantastic cutter whose movement will create scoring opportunities around Stoudemire’s and Anthony’s isolation plays. But let’s take a closer look to determine if Chandler is really such a perfect fit.

Chandler is a great team defender. He recognizes when his teammates need help, and shifts over fast enough to provide that help. Using his athletic ability and smarts, Chandler gets into the paint and gets his hands on a number of shots. When he doesn’t block those shots, he usually alters them and forces opponents to miss. The fact that Chandler was able to transform a defense with Nowitzki (for all his talents, Dirk has always been a poor defender) into one of the league’s best goes to show just how good Chandler is as a help defender.

As great as Chandler is, he will definitely have his work cut out for him in New York. This season, not only does he have to cover Stoudemire’s back — a role similar to the one he played with Dallas and Dirk last year — but Chandler also has to help a second defense-averse superstar in Anthony. So Chandler will have the power forwards who get by Stoudemire and the small forwards who beat Anthony attacking him. This could lead to all manner of complications, including more baskets allowed and more fouls committed by Chandler. With Chandler guarding the basket, and a horde of opposing small and power forwards attacking it this season, I wouldn’t be surprised to see a jump in Chandler’s foul rate. Even so, Chandler should still have a positive impact on the Knicks’ isolation and overall defense, although that effect may not be as great as it was his first season with Dallas.

Offensively, Chandler fits in with the Knicks because he doesn’t need the basketball to be effective. In Stoudemire and Anthony, New York already has two players to dominate the ball, so it’s important to surround them with guys like Chandler who get their points by moving without the ball and by pursuing offensive rebounds. Chandler is adept at cutting to the open spaces on the floor, catching the ball, and finishing strong at the rim.

This video shows Chandler cutting off of isolation plays. Chandler is effective in these situations because defenders focus on the ball and lose track of him. Once Chandler’s teammate attacks the defense, he dives to the rim and makes himself available for passes. Once he gets the ball, Chandler’s athletic ability allows him to finish at the rim or at least draw a foul.

With the Knicks running so many isolation sets for Anthony, we should expect Chandler to feast off these plays and cut to the rim. The one problem is that once Anthony is isolated, he’s not too fond of passing to cutters. With the Nuggets last season, Anthony hit the cutter only 15.2 percent of the time when passing out of isolation situations. For whatever reason, Anthony was much more comfortable passing to spot-up shooters, and while that works for guys like Landry Fields, it leaves Chandler stranded, cutting to the rim and looking for a pass that will never arrive. So although Chandler’s movement without the ball makes him seem like a perfect fit in the Knicks’ offense, Anthony’s passing preferences may limit Chandler’s effectiveness.

On the surface, the Mavericks’ acquisition of Lamar Odom doesn’t make much sense, while the Knicks’ acquisition of Tyson Chandler seems brilliant. When we look at the statistics and the video, however, it becomes much more difficult to say which team made the better move this month. There are reasons to believe Odom could thrive in Dallas, as well as causes for concern that Chandler’s impact in New York may be limited. On Christmas Day, when the Knicks play the Boston Celtics and the Mavs host the Miami Heat, we’ll begin to see how Odom and Chandler fit with their new teams.

Previously by Sebastian Pruiti:
James Harden’s Path to NBA Stardom
How Chris Paul will change the Clippers’ offense
A breakdown of Eric Gordon’s path to superstardom
Chris Paul and the Lakers: What could have been
How John Wall can become a Star in his Second NBA season
The Pros and Cons of Kentucky’s Anthony Davis