Coldhearted: For the Love of the Devils 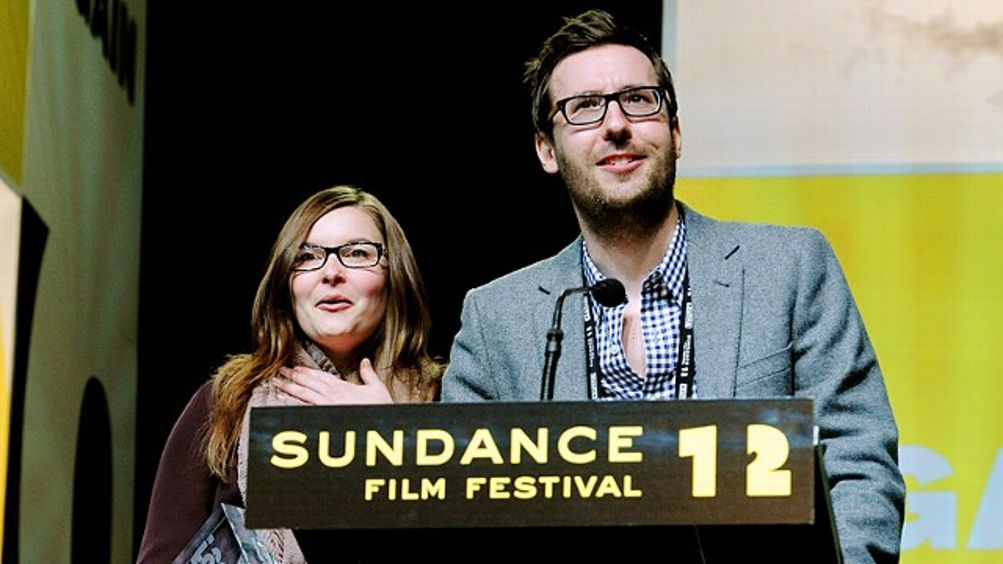 Commercial video games like Mass Effect, Halo, and Grand Theft Auto are typically created by teams consisting of hundreds of people. They have the money and resources of a Hollywood blockbuster. Meanwhile, game designers like Jonathan Blow (Braid), Phil Fish (Fez), and Edmund McMillen and Tommy Refenes (Super Meat Boy) toiled on their own, without the guarantee of financial gain, to create surprising, breakout hits. Their games feature lyrical visuals, unorthodox story lines, and other experimental devices, and they all fall somewhere between traditional video game and personal art.

Over the last few years, Winnipeg-based film directors James Swirsky, 34, and Lisanne Pajot, 29, documented the work of Blow, Fish, McMillen and Refenes, and other determined designers as they slaved over keyboards and willed their projects to life. The result: an absorbing documentary called Indie Game, which premiered in January at the Sundance Film Festival and opens in theaters on May 18. Grantland’s Davy Rothbart spoke recently with Swirsky and Pajot about their love for independent video games and the challenges that face indie game designers and indie filmmakers alike.

Indie Game provides insight on the nature of solitary, creative pursuits. How much did you relate to the people you were documenting?

James Swirsky: Deeply! I think you can take this movie and replace any reference to video games with film or music or visual art, and the basic story would be the same. Even research scientists and academics of all stripes can relate to that feeling of pouring all of yourself into one lonely project, with no guarantee anything will ever come from it. At its essence, the movie is about having a vision for something and sacrificing everything to realize that vision.

Click here for all of our interviews with fascinating people from the worlds of sports and pop culture.
Naturally, we recognized a lot of ourselves in the designers we filmed. Here we are, two people using accessible technology, working insane hours on a project over a long stretch of time, hoping to release it into the world, all the while having no idea if we’re doing it right, and if people will respond to whatever we end up producing. In the movie, it’s the same thing: One or two people working really hard with the technology at hand, existing in a vacuum for months or years on end, just hoping to finish their grand opus.

Lisanne Pajot: There’s a whole journey that you go through because this thing that you’re working on means so much to you — you’re investing a couple of years of your life into it, your own money often, and sacrificing any kind of social life — so the idea of getting it out there one day and sharing it with people keeps you going, even if you don’t really know if that will happen. What we hope the film does is show that universal creative process.

Swirsky: We were filming and editing, we were always watching ourselves six months in the future. Edmund [McMillen] and Tommy [Refenes] were crunching to hit an Xbox deadline for Super Meat Boy, and at the same time we were crunching to hit a Sundance deadline. All of us were sharing the exact same experience where you get up, shuffle over to your computer, and stay there for the next 12 to 14 hours. Then you go back to sleep. It feels good to work on something you feel such a passion for, but you’re always haunted by questions of whether or not you’re executing it the way you really want.

How did your friends and family react to your complete devotion to the film?

Swirsky: To make anything good requires a ridiculous amount of work. You have to pour yourself into it. There are so many times where you work the entire weekend and never go out, and you start to feel a little bit nuts. It feels like it’s worth it, but you never really know.

I think a lot of people don’t really understand the incredible amount of work that building [a video game] entails — especially in the case of independent games. People don’t see that it’s one person working on this thing … designing all that code and all that art and creating this incredible experience. The same can be said of making independent films. Some of my friends don’t always get it. In the end, it’s all worth it, or at least you hope it will be.

What were the most challenging moments in the making of the film?

Pajot: We shot, directed, produced, and edited the entire movie ourselves, so it was a marathon of heavy work. The biggest challenge was probably in the editing room. We had 300 hours of footage and edited the whole thing in six months. We basically lost our minds doing it. It was such an intense period because we were trying to make festival deadlines but also wanted to do justice to the stories we’d captured. And even with the benefit of so much technology, there’s times when technology fails you and everything gets completely screwed up.

Swirsky: At one point, we had 24 hours to get a finished DVD of the film to FedEx. Everything was going fine, and we were like, “Oh, we’re going to be early. This is great!” But then the computers kept crashing. We needed to do this eight-hour rendering process, but had to stop and save it every 10 minutes. We got sleeping bags and put them right beside the computer with a 10-minute timer. I’d go to sleep for 10 minutes, wake up, hit “Save,” then hit “Render,” and go back to sleep for another 10 minutes. You never seem to have enough time, but you find a way to get it done. Deadlines are a good thing.

Indie Game was among more than a dozen films at Sundance and over 30 at South by Southwest that raised significant money through the crowd-funding site Kickstarter. How were you able to raise close to $100,000?

Pajot: We made some great connections within the gaming community, and some influential people believed in us from the get-go. Some were bloggers. Others were designers, like Ron Carmel, who made World of Goo. Ron’s a big thinker and people respect his tastes; once he saw some of our work and endorsed us, we had a flood of support from other gamers and designers. As a fund-raising tool, Kickstarter seems to be most successful when you bring a specific audience to your project. For us, gamers were a natural community to reach out to, and this kind of film was something that hadn’t been done before. We kept posting new content, and our audience grew, and by this point over 4,000 people have pre-ordered their copy of the film, which has helped give us the resources to actually finish it. It’s awesome that there’s so many people who care about the project.

Swirsky: In some ways, that’s even more valuable than the money. Before the movie is even released you have 5,000 fans. They’re all online-savvy — they talk, they Twitter, and they Facebook, and they have their blogs. They become evangelists for the film. They feel invested, like it’s partly their film, which it is.

Pajot: We can’t overstate our appreciation for those who’ve supported the project.

Besides Braid, Fez, and Super Meat Boy, all featured in your movie, what are a couple of your other favorite indie games?

Swirsky: I love the game Sword and Sworcery, which is this iPad game that’s just a wonderful, beautiful experience, made by a guy named Jim Guthrie. It’s kind of a puzzle game but not really. It’s more like something you just consume, enjoy, and sit in. It’s all done with pixel art and has a crazy soundtrack that’s absolutely beautiful.

Pajot: We loved the music so much that we contacted him about scoring our film. We were so happy he wanted to work with us.

On the opposite end of the spectrum, the game that I like to recommend to people who haven’t really been exposed to indie games is World of Goo. It’s available on the iPad and Wii and PC and Mac. It’s a puzzle game that plays with the idea of beauty. There are these little balls of goo and you have to use them to create structures and get the rest of the balls of goo to go through. It seems very simple, but [it] shows you how games can be so different than anything you’ve imagined and can also make you feel really smart. I’d never been interested in indie games [before this one] but got completely drawn in.

Swirsky: Yeah, it has this weird, quirky, subversive through-line. And it looks beautiful and slick, like it was made by a hundred people.

Pajot: But it was just made by two.