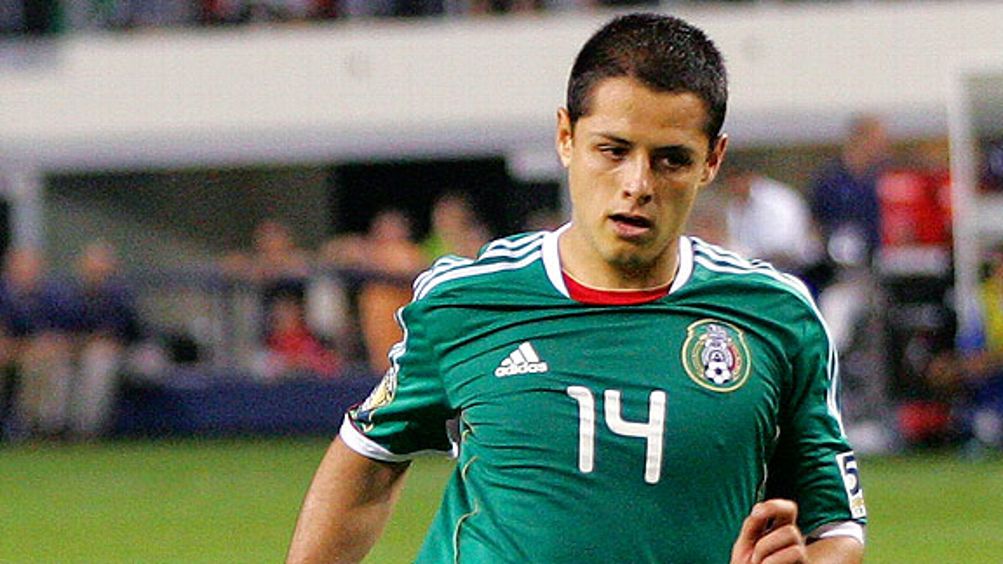 To understand the soccer rivalry between the United States and Mexico, you have to start with the Border. I don’t mean the border, the physical region where the two countries intersect. I mean the Border, the mythologized, only quasi-geographical territory where the idea of America and the idea of Mexico bleed together. The border, the physical region, is a place with a real climate and real people, an economy, cities, maquiladoras, drug trafficking, checkpoints, and so on. The Border, the psychic region, is a sun-obliterated desert where law and chaos expire into each other and civilization dissolves. It’s a terrain of rattlesnakes, liquor, and bones, the place where criminals run to escape. Lonnie Johnson was singing about the Border in 1930, when he recorded “Got the Blues for Murder Only.”

The existence of the Border reflects a long tradition within American culture of viewing Mexico as our repressed national id, the underland where fantasies can be realized. The iced-out bank-branch manager from Des Moines with something to find out about himself can always look for it in Vegas, but if Vegas isn’t big or dark or terrifying enough, there’s an alley on the Border with an answer at the end. It goes without saying that the persistence of this notion has more to do with the baked-in constraints of American life, the inhibitions of a commercial people, than with anything real about Mexico, but then weird stuff happens on the Border: In 2004, Landon Donovan, one of the milder stars in world sports, outraged the Mexican media by peeing on the pitch at the Estadio Jalisco in Guadalajara.1 Mexico won the subsequent match, a crucial Olympic qualifier, 4-0, and the crowd celebrated by chanting “Osama.”

The U.S.-Mexico rivalry has gotten intense only in the past few years — the friendly in Philadelphia on Wednesday will be their 60th match overall, with more than half of those games coming since 1990 — but the roles the two sides play were established as early as their first meeting. In the spring of 1934, both teams traveled to Italy to play a game that would determine which of them qualified for the second-ever World Cup. The ocean voyage took two weeks. The Mexican team, so the story goes, treated the time as a vacation, confident that it’d zip right past its American counterparts.2 The Americans ran conditioning drills on the deck. In Rome, the Mexicans were technically superior players but couldn’t match the Americans’ fitness. Mussolini frowned, and the U.S. won 4-2 behind frantic running and four goals from an unheralded amateur named Aldo Donelli.3

And thus a contrast was born. Mexico would be the flair side — slick on the ball but prone to lose its focus. The United States would be the laborious striver — Just Doing its way to a contender status that could never quite be justified by its raw skills. Neither team would ever win the World Cup, but they’d not win it for opposite reasons.

Again, these were just stereotypes, not intrinsic truths, but sometimes the French team does complain and the Italians do tackle hard. The current incarnation of Team America, even with potentially stylish new coach Jurgen Klinsmann making potentially stylish roster changes, is more or less a modern update of the old American playbook — horsepower over decimals, a group of good guys who have run a lot of stadium steps together. The current Mexico team, even with Javier “Chicharito” Hernandez out of the lineup for the Philly game, is like the old Mexican playbook exaggerated out of all proportion — that 1934 team on meth in the 10th dimension.

And here’s where I have to be honest. As an American fan, I’m duty-bound to admire our side’s grit, hard work, and cluster of fake compound-word virtues.4 And the nastiness of the rivalry — the bags of piss, the walls of police at the Azteca, the flush of red cards — makes it hard to take an impartial perspective. But lord, do I hate hating Mexico. This El Tri squad is like something that rode out of the Border itself — delirious, reckless, disorientingly charismatic. If the whole team died in a mass hang-gliding accident, which they are just bold and careless enough to do, their shared tombstone could read HERE LIES THE FUNNEST TEAM ON EARTH.

How fun is Mexico? Even their positive-drug-test excuses are hilarious. When five Mexican players tested positive for clenbuterol at the Gold Cup earlier this year, the team blamed “tainted meat” and inadvertently gave birth to the best Twitter catchphrase of the summer. A few weeks later, eight Mexico players were sent home from the Copa América and suspended after sneaking prostitutes into the team hotel — the second prostitution scandal to hit the national team in 10 months.5

And they’re even more entertaining on the pitch. For a long time it seemed like Mexico matches only existed so that Cuauhtémoc Blanco could keep turning 54 years old in public, but somehow, in the past year or so, the squad has amassed a stunning concentration of young talent. None of the players to score against the U.S. in the Gold Cup final were born before Reagan got reelected. Neither was Chicharito, who didn’t score but was the best player in that game. Gio Dos Santos has been an epic meh for Tottenham, but in concert with Chicharito and Pablo Barrera, he’s created an attacking force that practically breaks free from gravity. The ball can’t move that far, that fast, except somehow it does. All fan loyalty aside, they are a giddy rush to watch.

So does that mean the teams are doomed to follow their own stereotypes? No, they’re not — except, of course, when they are. We probably (American fans especially) look at Mexican strikers and see brash geniuses regardless of what the players actually do. When the players actually are brash geniuses, that effect doubles on itself and produces something dazzling. In the same way, there’s nothing intrinsically clunky or graceless about Landon Donovan or Clint Dempsey, but because the American team has lived up to its long-ball, speed-racers image as often as not we tend to see it in that light even when the players prove their touch is good enough for Europe.

A few days ago I was watching Touch of Evil, Orson Welles’ fevered monument to America’s fear of and fascination with the Border, which opens with that famous three-minute tracking shot: the camera slithering through the border town, neon signs guttering, jazz leaking out of sordid doorways, drunks staggering in flannel suits — and improbably, cops and stop signs everywhere, traffic cops and border guards and checkpoints and regulated intersections, the apparatus of civilization losing its grip. It hit me (weirdly, I guess, but I spent way too much time thinking about sports) that this shot contained everything you needed to know about the U.S.-Mexico soccer rivalry. It took me a minute to figure out why. It’s not just that the (dangerous, unpredictable) town is Mexico and the (square, doomed) traffic cops are America. It’s that things fall out that way even though, in the shot, most of the drunks are Americans and most of the cops are Mexicans, including the insanely, embarrassingly American Charlton Heston, who plays “Ramon Miguel Vargas.” Everything is simple on the Border, even though everything is mixed up.

Well, what does it matter what you say about soccer? We have a new coach here in cops-and-stop-signs-land. Nothing about his regime is clear yet, or will be until long after Wednesday’s friendly. (As I write this he’s just announced his first roster, which seems to suggest that he wants to attack down the flanks, but we are 1,042 days and four hours from the start of the next World Cup.) But the reaction of American soccer culture to the prospect of the Klinsmannschaft has been interesting. Fans and writers have said some revealing things, and so has Klinsmann himself.

Everyone, for instance, seems to agree that he’ll need to overhaul the American youth system. (“Where are the top American prospects?” Ann Killion demanded. “Are there any?”) Just about everyone seems optimistic that he’ll institute a more attacking style of play. Along with many other commentators, Klinsmann spoke about the need to bring more Latin American players into the national-team setup: “We want to dig into the Latin community and we want to get those kids. … And we don’t want them to go back to their home countries. We want them to become real American players.” To that end, Klinsmann views the rigid structure of the American youth game as a liability: “It’s mostly organized soccer, when we know that the best players in the world come out of unorganized events.” And there seems to be a quiet hope that the new coach will add an element of nuance to the high-octane American game. He wants the USMNT “to play possession, we want to dictate the pace of the game, we want our players to improve technically.”

Does this mean what I think it means? Let’s keep score. We’re in the market for young talent. Attacking flair. A bit less organization, so we don’t get so inhibited. More technical nuance, as opposed to raw athleticism. Oh, and more Latin players while we’re at it. This is a heretical sentence for an American soccer fan to write, but … is the secret fantasy of American soccer to turn into Mexican soccer? Are we looking for a team that’s wild and free? Have we been paying lip service to our guys’ can-do-it-iveness while smothering our desire to cheer for a fleet of stylish rock stars? Maybe that’s crazy, but the Klinsmann call-up I was most excited about when the lineup was released Thursday was José Torres, a 23-year-old playmaker whose father is Mexican and who plays for Pachuca in the Mexican Primera División.

You go to the Border to find out what you want, which is usually, in American mythology, the thing you have to wall yourself off from. The Klinsmann hiring suggests that American soccer secretly longs to become its worst enemy. Which would be … kind of awesome, actually.