‘I Pretty Much Wanted to Die’ 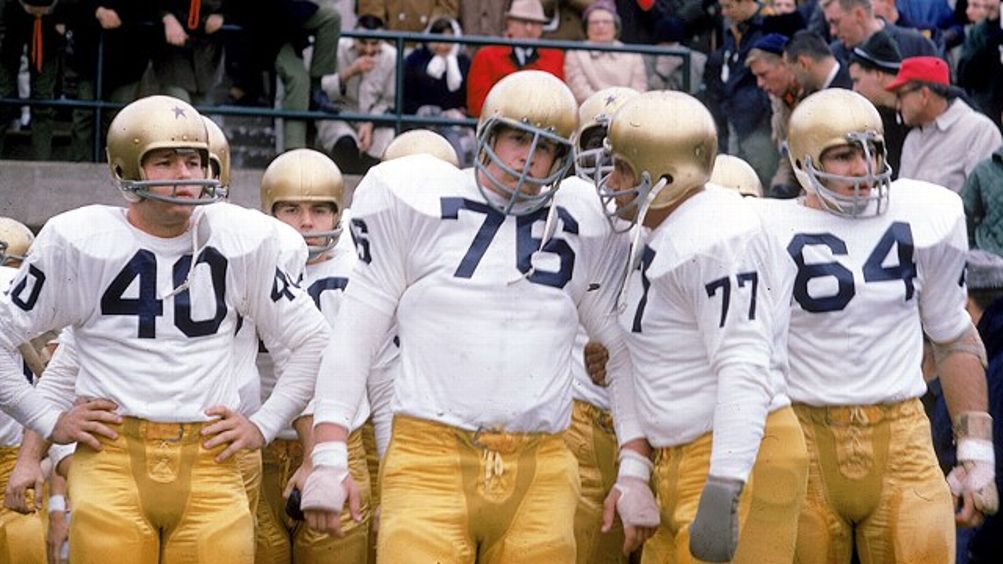 The first interaction I had with any history of college football that extended beyond my provincial childhood borders came in the form of a rudimentary data-driven board game called Bowl Bound. We played Bowl Bound during lunch breaks and study halls in junior high school, attacking every dice roll with the frustration and furor of our impending adolescence. Back then, the color-coded team charts were our only tool to simulate a college football reality, and so we clung to Bowl Bound’s primordial “realism” with the fervor of dungeon masters, even though most of the teams that had been created for the edition we owned predated our births.

Bowl Bound’s ancient hieroglyphs forced us to dig deep into a history we might have otherwise ignored. It was through Bowl Bound that I first learned about the 1966 season, about undefeated Notre Dame and undefeated Michigan State and the 10-10 tie that reverberated throughout the land, and, by extension, about the subjective nature of the Argument that has shaped the long history of the sport.

I don’t think it is hyperbolic to state that the aftereffects of the 1966 season sent college football lurching ever so slowly toward modernity; in its own way, it may have even helped to change America. When the top two teams in the country tie one for the Gipper, it is bound to induce a certain measure of angst among a general populace that had long ago built this game into something more than an extracurricular exercise among academic institutions. It would take 30 years, but overtime rules would eventually be adopted, Notre Dame would slough off its self-imposed ban on playing in bowl games, and the Big Ten would relax its restrictions on which teams could play in the Rose Bowl — and it only took 50 years, but here we are, on the verge of something that resembles an actual playoff.

“With their size and strength … the Irish and Spartans were the wave of the future of college football,” wrote Allen Barra in The Last Coach, his biography of Bear Bryant. “Alabama, with its undersized, all-white team, was a relic of the past.”

That year, the Crimson Tide were the only undefeated, untied team in America. Yet, for reasons that encompassed the social and physical and historical, they were considered an inferior product. They lost the Argument. They finished third in the polls.

On Saturday night in Los Angeles, Notre Dame defeated a USC team — albeit a USC team that was handicapped by an injury to their starting quarterback and several small but detectable aneurysms by their head coach — to complete an undefeated season and earn a berth in the BCS National Championship Game. It’s still kind of hard to believe, given the foibles of the past two decades of Notre Dame football, that this is actually happening. This Irish team feels increasingly like a historical throwback, a team that has subsisted almost entirely on defense and ball control and pulls out games in the final moments with heroics straight out of the gospels.

Frankly, I doubt this is the way Brian Kelly imagined he would win games upon coming to South Bend; when he was at Grand Valley State in 2001, his team averaged 58.4 points per game. He was an early proponent of the spread offense, an offensive-minded savant, and now he is coaching a sophomore quarterback who almost never throws the ball downfield and has been coached to avoid mistakes at all costs. It is all very weird. It feels almost like a purposeful tribute to an era of college football that may soon be subsumed by Kelly’s own inventions. When the game was over, two friends of mine both texted me about how pleased their fathers would be by this whole thing. 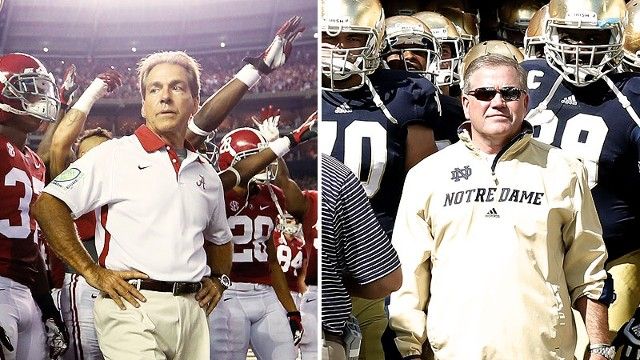 More than any other sport, college football has always been about salesmanship and semantics: about the effective framing of the Argument, about utilizing emotion over empiricism, about minimizing the sting of one’s defeats and maximizing the punch of one’s victories. You are probably aware that, after the events of last Saturday, this season has boiled down to a catfight between two monolithic entities: Notre Dame and the Southeastern Conference. There are a pair of other BCS-eligible one-loss teams in the Associated Press top 10 (Kansas State and Oregon), but they have been bullied back — at least for now — by a combination of untimely defeats and the recent historical perception of the SEC, which would now be widely accepted as the best college football conference in the country even if it weren’t.

“[S]orry to tell you but [Notre Dame] would be lucky to be .500 in the SEC,” someone tweeted at Yahoo!’s lead college football writer, Pat Forde, on Monday afternoon. Responded an already-fatigued Forde: “Here we go.”

This is what has long made college football unique; that the Associated Press poll is a subjective document means it often bends to the winds of the culture at large. It shouldn’t really matter what anyone did last year, or the year before — or if, say, Tom Osborne deserves a national championship because he’s never won one before — but it does, because for so long we’ve had no other way to quantify reality, to measure one conference against another or to size up two teams that cannot play because the rules dictate they can’t. It matters what a million bozos on Twitter say because, in a way, they can actually shape the Argument.

And yet, amid all of this historical conservatism, we are on the cusp of real change in this sport. You can feel it in the unfolding parameters of a four-team playoff — which will at least lend some structure to the Argument, in the same way Bowl Bound’s charts first quantified the game for kids like me — and you can see it on the field in the form of the hurry-up spread offenses in Eugene and College Station. I mean, a freshman is on the verge of winning the Heisman Trophy, which wouldn’t have happened back in 1966 if only because freshmen weren’t eligible to play varsity football.

(I should state this here: There is, of course, no direct comparison between the cultural stakes of 1966 and where we are now. I guess my larger point is that college football continues to evolve despite itself.)

Now, I understand that there are people who are bummed about the impending existence of a playoff, because they’ve long enjoyed the utterly nebulous quality of the Argument (“they don’t look as good, so they can’t be as good”). And I understand that certain people somehow find offensive excitement and theatrical innovation an affront to the history of a sport where, for so long, 10-10 ties defined the landscape. So I suppose the next few weeks are for you. There is something kind of quaint about the fact that people still feel the need to pile on Notre Dame, even though an entire generation grew up with no real idea of why people hate the Irish so much; and there is something intriguing about this continued referendum on the SEC, and how a whole region of the country seems to take its conference identity so personally.

And lastly, there is something historically fascinating about a locked-in championship game between two old-time regional powers that will likely draw huge ratings and few points. Frankly, this may be one of the last times we see something like it for a while. It feels like the end of an era, even as it’s happening.