The Island of Dr. Simbeau 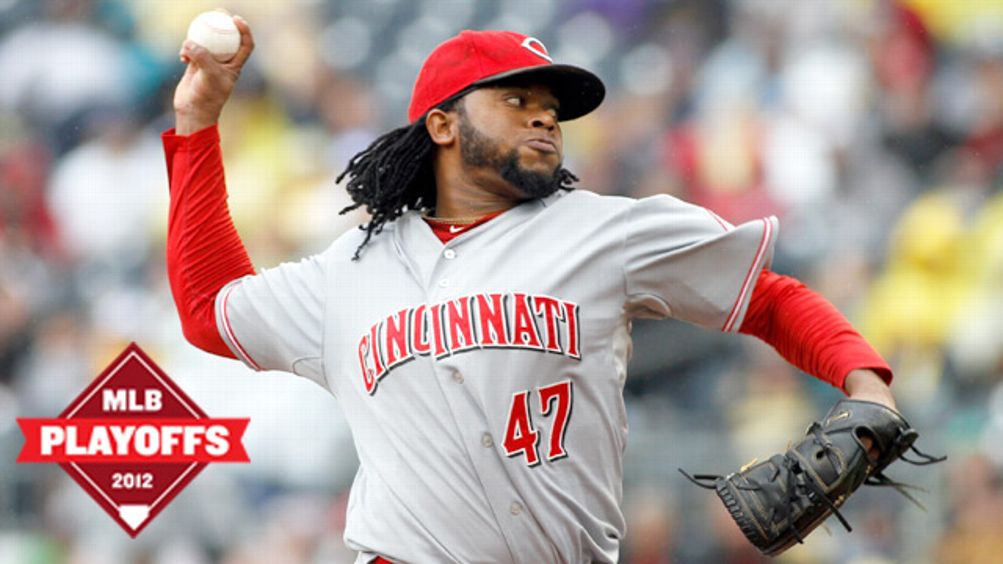 On Thursday we took a shot at forecasting the National League’s one-game wild-card playoff. Today, the League Division Series, with one of the four teams not yet decided. Science!

NATIONALS VS. BRAVES OR CARDINALS

Among National League teams, only the Reds allowed fewer runs this season than the Nationals. They led the NL with a 3.54 FIP and ranked second in baseball behind only the Dodgers with a stingy home-run rate of 0.79 per nine innings. The big revelation was Gonzalez, who continued his trend of lowering walk rates in every year of his career, while also striking out more batters and allowing fewer long balls than in any other full season. Stephen Strasburg’s innings cap means the Nats will likely roll with Ross Detwiler as their fourth starter, setting up a potential all-or-nothing scenario for a pitcher who allowed zero or one run in three of his September starts, five or more runs in each of the other three. Edwin Jackson allowed just one run in two of his final six starts, but the other four were so bad that he finished with a 6.54 ERA and .853 opponents’ OPS over those six times out. The Nats hung in just fine as Strasburg struggled in his last few starts and after he took a seat. But Detwiler represents a clear downgrade, and I wonder if the best team in baseball’s biggest strength might not play as strongly in the postseason.

Jonah Keri hands out his predictions for this season’s Cy Young, MVP, and Rookie of the Year winners.

The Braves don’t have a single strikeout powerhouse on the staff, with Hudson in particular one of the most extreme cases of a trust-your-defense pitcher in all of baseball. That’s an asset and not a liability when you’ve got the game’s best defense behind you. We’ve covered Medlen’s emergence before, but neglected to note his relatively cushy schedule: Of Medlen’s 12 starts after joining the rotation in late July, three came against the Marlins (second to last in the NL in runs scored), three against the Mets (fifth to last), two against the Padres (sixth to last), one against Houston (last), and one against the Rockies away from Coors Field (where they hit just .241/.291/.371 for the year, the third-worst mark for any road team). The Nationals’ offense improved dramatically as the season went on and they got healthier, and a matchup against a pound-the-corners staff that lacks true fireballers could be an intriguing one.

Chris Carpenter’s the wild card in a rotation that could rank as one of the very best among the playoffs’ field of 10 … assuming the Cardinals can beat the Braves and put their post–Kyle Lohse rotation in play. Adam Wainwright isn’t quite the superelite ace he was pre-surgery, but his comeback season has been, for the most part, a success. Jaime Garcia’s post-injury return has likewise worked out well. Carpenter got only three late-season starts after missing the vast majority of the year with his own injuries; if he can return to something close to his past playoff ace self, the Cardinals would find themselves with the NL’s most prolific offense among the playoff quintet as well as a top four that could be tough to beat. We’ve seen the Cardinals win the World Series twice in a six-year span despite coming nowhere close to the league’s best record both times. The ingredients are there for another run in 2012, if they can overcome the wild-card coin flip in Atlanta.

With Ryan Zimmerman, Mike Morse, and Ian Desmond all taking their place on the all–cortisone shot team, the Nats turned their early-season offensive weakness into a strength. Streaks are only as relevant as their most recent game, but there’s no denying that Bryce Harper’s swinging a better bat than virtually anyone else in the league, with an OPS above 1.000 over the past six weeks. The Nationals rank around middle of the pack in stolen bases, so it’s not as if a matchup with Yadier Molina would blow up a major offensive weapon. The lineup has solid lefty-righty balance, and only the Brewers hit more home runs among NL teams this year. For a team known for its pitching, it’s conceivable that Washington’s bats could loom larger in the playoffs.

We talked about the potent middle of the Braves’ lineup last time, but the six-through-nine hitters represent an exploitable weakness, with Brian McCann likely to give way to David Ross (a good on-base guy as a backup but not someone with much experience producing in everyday action), the recently turned-into-a-pumpkin Dan Uggla, and defense-first shortstop Andrelton Simmons. There are some dangerous bats in this lineup, but this has also been the worst of the 10 playoff teams’ offenses this year.

Anything can happen over the course of a five-game series, of course. But if you’re looking for a potential source of regression for an otherwise excellent Cardinals offense, dig these batting-average-on-balls-in-play numbers for some of their top hitters. Note that league-average BABIP is in the .290s, that hitters tend to have more control over those numbers than do pitchers, but that the following players’ 2012 results also sit well above their career norms: Jon Jay, .355; David Freese, .352; Yadier Molina, .316. Allen Craig and Matt Holliday have also found great success with balls in play this year, though not far from career norms. Part-time players like Pete Kozma (.415) and Matt Carpenter (.346) also represent regression candidates.

The Nationals boast one of the best bench power threats of any playoff team with righty-swinging Tyler Moore, who clubbed 10 homers and nine doubles in just 156 at-bats this year. The bullpen is above average if unspectacular, with Drew Storen ably seizing the closer role, Sean Burnett serving as the top lefty setup man (4.5-to-1 strikeout-to-walk rate, 2.79 FIP), Craig Stammen the innings-eater capable of keeping the Nats afloat in an extra-innings battle, and Storen returning from injury with his mid-90s fastball intact but also a slightly different approach that has yielded fewer strikeouts, fewer walks, and more ground balls than in the past.

For analysis of the Braves’ and Cardinals’ bullpens and benches, see Thursday’s wild-card preview.

Though the season-long numbers don’t reflect it, the Braves’ starters outpitched the Nationals’ front four down the stretch, and Strasburg’s absence may well give Atlanta the edge in that department. If Fredi Gonzalez shows a willingness to use Craig Kimbrel for more than one inning at a time when the situation warrants, the Braves could gain a solid edge late in games, too. The wild-card pick was Braves over Cardinals, and Atlanta’s potential to win the pitching battle has me thinking Braves in four. The Cardinals, too, could present a big challenge to the 98-win Nationals should they advance, especially if Carpenter pitches the way he did in last year’s playoffs. I could see the Nationals losing to either of these underdogs.

Any rotation topped by Matt Cain and Madison Bumgarner is going to be tough to beat. But where the Reds might have the edge is at the back of the rotation. Seems crazy to imagine, with Tim Lincecum in that mix. But this isn’t anything close to the Cy Young winner we saw in the past; Lincecum’s command issues have flipped from throwing fat, hittable pitches that caught too much plate to missing the plate entirely and putting too many runners on via walk. Meanwhile, Mat Latos and Homer Bailey have been outstanding lately: Latos owns a 2.27 ERA with an opponents’ OPS of .562 over his past seven starts, while Bailey’s last two starts of the season saw him strike out 16 batters, walk one, and allow no runs, with the penultimate start a no-hitter against the Pirates. If those are random fluctuations in the course of a season, the Reds should still at least remain competitive with the Giants. If those starts are indicative of Latos and Bailey turning a corner (Bailey struck out 48, walked just nine, and put up a 1.85 ERA over his final seven starts of the regular season), the Reds might hold a clear edge over San Francisco’s rotation, despite the Giants’ superior historical reputation in that area.

One subplot to watch: the Giants’ fourth-starter situation. San Francisco hasn’t tipped its hand on whether it’ll start right-hander Ryan Vogelsong or lefty Barry Zito should a Game 4 prove necessary. The Reds are hitting a robust .266/.327/.443 against left-handed pitching this year, but just .246/.311/.399 vs. righties.

The Giants’ offense should probably be viewed as a little worse than its aggregate stats might suggest, what with the league’s leading hitter, Melky Cabrera, now suspended for PED use (and the light-hitting, if slick-fielding, Gregor Blanco starting in his stead). Meanwhile, the Reds are at full strength for one of the few times this season, with Joey Votto (perhaps the league’s best hitter) back after missing 51 games. At least the Giants aren’t necessarily configuring their lineup to lose: Zack Cozart (.246/.288/.399) should probably be batting eighth alongside his San Francisco shortstop counterpart, Brandon Crawford, but instead the Reds have left Cozart near the top of the lineup to inexplicably make outs amid a strong core of Phillips, Votto, Ludwick, and Bruce.

Give the Giants the speed edge, with Cincinnati, at 87 steals, having stolen fewer bases than 25 other teams. The Giants, though, hit the fewest home runs of any team in baseball, with just 103. The Reds hit that many at home alone this year (vs. just 29 Giants bombs at AT&T Park). Big contrast in styles here.

When the Giants stormed to the World Series in 2010, they did so with a combination of strong starting pitching, unlikely hits from the likes of Juan Uribe and Edgar Renteria, and a lights-out bullpen. With Brian Wilson on the shelf and some other holdovers pulling back a bit in 2012, the Giants suddenly rank among baseball’s least effective bullpens. The Reds’ 3.26 FIP among relievers trails only the Kimbrel-led Braves. Assuming Aroldis Chapman is healthy and firing triple-digit fastballs, Cincinnati’s bullpen offers strikeout potential and left-handed dominance that no other pen can match.

Cincy’s got a trump card off the bench, too, with Todd Frazier plenty good to start for most teams (and contend for Rookie of the Year honors behind Wade Miley and Bryce Harper). On the Reds he’s a pinch-hitter and caddy for Scott Rolen, who still ranks among baseball’s best defenders and can still crank out those doubles when healthy. The Giants’ group of reserves is comparably thin, with Cabrera’s suspension hurting the team’s depth.

The combination of Cain and Bumgarner at the top of the rotation, coupled with baseball’s bizarre decision to have higher playoff seeds play the first two LDS games on the road, gives the Giants a good chance to take at least one out of two at AT&T. But the Reds bring more power, more depth, and yes, more overall pitching quality to this series. Reds in four.