Searching for Silver Linings in Indianapolis 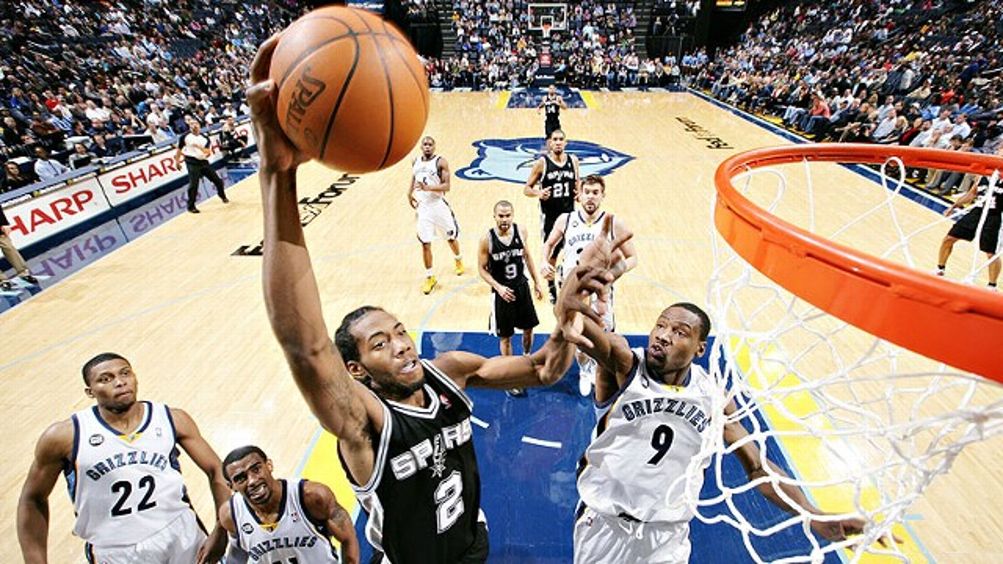 The rookie wall is upon us. Well, not us, unless you’re Gustavo Ayon or some other NBA rookie. But it’s that time of year again. Rookies coming out of college played close to 30 games last year. By now, most NBA teams have played 25 to 30 games, and thanks to the breakneck pace of a lockout-shortened season, the rookies are starting to look tired. The grueling schedule may be responsible for the volatility in these rankings. Seven rookies listed in last week’s rankings have dropped. But one player’s struggles can be another’s opportunity, and the rookies who have managed to play well despite fatigue are vaulting up the list.

We’ve already seen that Irving is one of the best isolation players in the NBA when looking to score. But Irving deserves more credit for his passing out of isolation situations. Right now, Irving’s teammates shoot 66.7 percent while posting 1.357 points per possession after Irving finds them out of a one-on-one play. That puts Irving in the top 10 percent of all NBA players. Combine that with Irving’s scoring numbers and his overall isolation PPP comes to 1.129, which is in the NBA’s 98th percentile. Twenty-two games into his pro career, Irving is already playing like an elite NBA point guard.

Irving does a very good job of reading help defenders when he isolates at the top of the key. The threat of making the right pass once the helper commits makes that defender think twice about leaving his man on the next play, because he knows that helping against Irving will probably lead to an easy scoring opportunity for his man. This opens up more opportunities for Irving to take his man one-on-one and score. And that scoring ability makes it harder for the help to stay home on D. When they help, Irving sets up his teammates. When they don’t, he scores. For defenses, doubling Irving has been a damned-if-you-do, damned-if-you-don’t strategy.

When Rubio shoots a spot-up jumper without dribbling, he’s a set shooter. This means that he isn’t jumping very high or exploding off the ground. Instead, he jumps slightly, keeps his balance, and gets off an accurate shot. When Rubio shoots off the dribble, he turns into a jump shooter. When he jumps higher on his shot, his balance looks a little off, and he drifts on the shot instead of rising straight into the air. It’s hard to be consistent with footwork like that. Once he straightens things out — literally — his shooting stats off the dribble should improve.

While other rookies have faltered, Leonard is still playing well. This is because offensive rebounding and putbacks are such large parts of Leonard’s game with the Spurs. Even when his shooting falters, Leonard will still find scoring opportunities by crashing the boards. Currently, Leonard grabs 8.7 percent of all available offensive rebounds while he is on the court. The league average offensive rebound rate is 5.3. Leonard is fantastic at bum-rushing the paint from the perimeter, reading how the ball will bounce off the rim, and getting his hands on the basketball. But what I like most about Leonard’s ability to convert offensive rebounds into points is his patience.

When big men get offensive rebounds, they’re taught to keep the ball high and go straight up with a putback. This is absolutely correct, but Leonard is a small forward. When he grabs a rebound, he can’t always go straight up against taller players in the lane. Leonard is patient enough to dribble out of the paint, look for an opening, and then shoot. This patience allows him to convert a high percentage of his offensive rebounds into points.

So far this season, Klay Thompson has taken 86 jump shots. That makes up 80.4 percent of his total offensive possessions, according to Synergy Sports. For most players, that’s probably too much, but it’s easier to accept from a shooter like Thompson, who knocks down 48.8 percent of his jump shots. He scores 1.233 points per possession on jumpers, which is in the top 3 percent of all NBA players. Even though Thompson spots up on most of his shots, he isn’t just standing around and waiting for his teammates to find him. Thompson is very good at moving without the basketball.

Thompson really knows how to create passing lanes for his teammates. He slides into position on the perimeter in a way that shortens the distance of his teammates’ passes to him while also giving him enough separation from his defender to get a shot off. As well as he’s shooting, more looks for Thompson would probably mean more points and more wins for the Golden State Warriors.

Kanter broke into the bottom half of these rankings last week thanks to his work on the offensive glass, but his lack of offensive polish was glaring. In the post, he tries to bull his way into the lane instead of using spin moves, hook shots, or ball fakes. Kanter’s 29 percent shooting on the block and 16.7 percent turnover rate are proof of his struggles. So how did he jump into the top five? He found another way to create offense. Kanter has done a very good job of moving without the ball. When his teammates drive into the lane, he finds space around the rim, catches the ball, and finishes in traffic. Kanter scores 1.192 points per possession while cutting away from the ball, and this puts him in the top 50 percent of NBA players.

Kanter’s problem in the post is that he doesn’t have the moves to beat a defender and get to the rim. But when he cuts, Kanter receives the ball at the rim, where he can make a quick move and then finish.

Even before Knight broke his nose Saturday against the Hornets, he was having a tough week. Knight’s problem, as it has been all season, is committing turnovers. Unlike fellow rookie point guard Kyrie Irving, who thrives in isolation situations, Knight struggles. It’s not because Knight can’t score — he shoots 56.5 percent on isolations. Knight’s lack of efficiency, however, stems from the fact that he gives the ball away 25 percent of the time in one-on-one situations. What’s worse, Knight turns the ball over nearly as often in other situations, too. He commits turnovers 22.9 percent of the time in transition and 10.6 percent of the time in pick-and-roll situations. Knight is way too careless with the basketball.

Shumpert was a top-five rookie in previous weeks thanks to his abilites to move without the ball and to create his own scoring opportunities. However, no matter how well you play off the ball, you still need to make shots. Shumpert is shooting just 27.3 percent and scoring 0.680 points per possession on spot-up jumpers this season. That’s worse than almost 80 percent of all other NBA players. Knicks fans should be most concerned by the fact that Shumpert can’t even shoot well when he’s unguarded. Shumpert hasn’t been guarded on 63.5 percent of his catch-and-shoot jumpers, according to Synergy Sports, but he has scored on just 36.4 percent of these open jumpers. The Knicks’ offense is creating open looks for Shumpert, but he isn’t converting them.

Walker had fallen in the rankings because of his difficulty running the pick-and-roll. He has been using ball screens on 29.9 percent of his offensive possessions, but with all these pick-and-roll opportunities, Walker hasn’t been effective. The Bobcats are scoring a combined 0.789 points per possession on ball screens for Walker. This means that Walker runs the pick-and-roll worse than 68 percent of all NBA players. Walker shoots 31.5 percent when he comes off ball screens, and his poor shooting allows defenses to avoid trapping, double-teaming, and hedging — the defensive schemes needed to stop point guards who can score off the pick-and-roll, but which also create chances for other offensive players to get open and score. Since Walker’s not a threat, defenders don’t have to help against him; they can stick on their men. This means the other Bobcats get not-so-great looks when Walker passes to them off pick-and-rolls. Walker’s teammates shoot just 40.9 percent when he passes in these situations. Their 0.874 PPP is in the bottom 25 percent of all NBA players. If Walker can improve his shooting in pick-and-roll situations, his teammates will benefit with better scoring opportunities of their own.

Morris has dropped in the rankings because of his poor defense. He’s in the bottom 10 percent of all NBA players in points per possession allowed in three separate defensive categories. One problem is that Morris fouls too much. He commits fouls on 11.2 percent of his total defensive possessions. He’s at his worst when hedging on ball screens and defending the post, where he fouls 20.3 and 19 percent of the time, respectively. These numbers indicate that Morris is still adjusting to the speed of the NBA. He gets caught out of position too often, and once that happens the only way he can stop opponents from scoring is to foul. As Morris continues to adjust, he should find himself in better position more often and committing fewer fouls.

With Steve Blake sidelined with a rib injury, Goudelock has performed well as the Lakers’ backup point guard. He’s not a true point guard, and he has struggled in pick-and-roll situations, where he commits turnovers 15 percent of the time. But Goudelock looks like a legit NBA player, especially when he moves without the ball. Goudelock is making 73.9 percent of his spot-up jumpers. His 1.593 points per possession in those situations places him in the 99th percentile of all NBA players. If the Lakers still ran the triangle offense, Goudelock might have been a perfect successor to Derek Fisher. However, now that they run Mike Brown’s more conventional offense, Goudelock will have to learn how to run the pick-and-roll. Nonetheless, his shot making has been a pleasant surprise that should put a smile on Lakers fans’ faces.