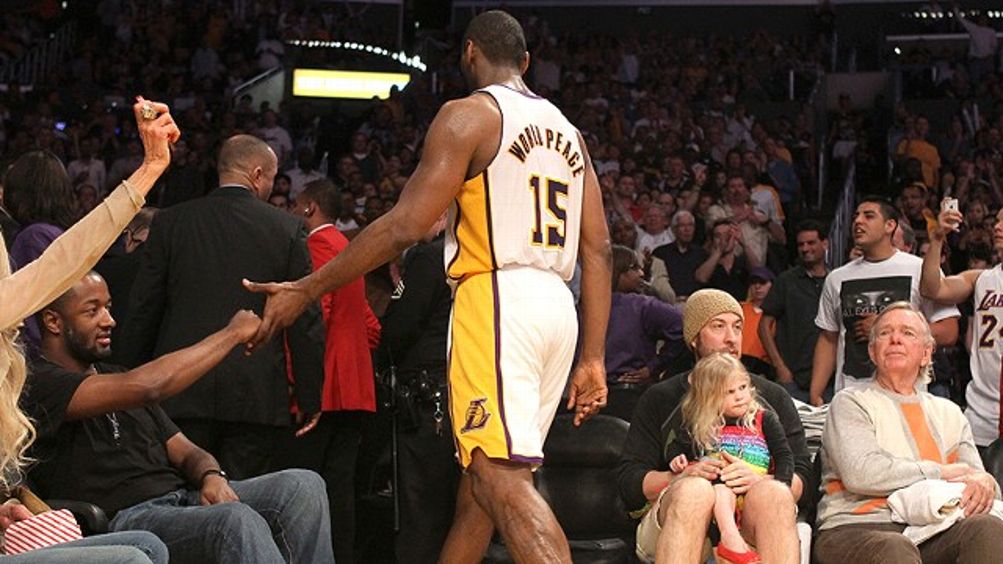 This is not to say that I think that nothing in sports ever has anything to tell us about the greater world in which we all live, work, and try to keep the gang on Wall Street from stealing all of what’s left of our money. If you know where — and, more important, how — to look, then it was in the context of our games that you could get a clearer and more honest view of race, and class, and the effect of the rise of mass media, to name only a few of the important issues of the past 100 years. My problem is that I would almost guarantee you that the lessons we will be told we should draw from the MWP episode almost assuredly will be all the wrong ones. They will address the lessons society should draw from sports. The real lessons should be those that sports now have to learn from society.

The sports-entertainment complex now is coming dangerously close to demanding for itself the right to set itself up as a sanction-free zone for legitimized violence.

Over the past couple of weeks, we’ve had a serious and ongoing reminder that this country needs to rethink the relationship it has with its sports-entertainment complex, and a serious and ongoing reminder that the sports-entertainment complex has the same obligation that any individual — and that any corporation, since our Supreme Court in its infinite wisdom has explained to us that they are people, too — has to our society. It is not entirely far removed from the primary obligation that all physicians accept when they take their oath — first, do no harm. The sports-entertainment complex now is coming dangerously close to demanding for itself the right to set itself up as a sanction-free zone for legitimized violence. They appear to want an exemption from even the loosest codes that we have regarding the deliberate infliction of pain and suffering. And a great chunk of society seems prepared to grant them precisely that.

There was the MWP episode. Before that, there was the suicide of former Atlanta Falcons safety Ray Easterling, which may make Easterling the latest casualty of the National Football League’s decades-long crimes of omission against its players. And we’ve already had an NHL playoff season that, for all the marvelous tension of the Boston-Washington series, looks more and more like something the MMA would dream up for the May sweeps. Each of these has been treated as an individual event with nothing in common with the other. But the evidence keeps piling up that they all share a common disregard for what legitimized violence can do to the people who participate in it. So much so that, when I accidentally channel-surfed past the eleventy-gazillion hours of live NFL draft coverage this weekend, it looked like nothing more than the debut of a new television game show: Who Wants To Be a Vegetable at 50?

While there’s been some movement on the management side to address the problems that they’d been ignoring for 70 years, most of that has had to be shaken out of the various panjandrums in charge, and a lot of it seems to be largely cosmetic. And the pushback on that part of the remedies that seems genuine has been remarkable. The idea that anyone seriously would argue that the New Orleans Saints were treated too harshly for a bounty system that encouraged injuring opposing players is more than enough evidence that a more extensive job of reprogramming everyone invested in the sports-entertainment context is still needed. And the old answers about vicarious violence aren’t sufficient anymore. A society that needs its sports as a vehicle of vicarious violence so that actual violence doesn’t break out at an angry time in its history is in deeper trouble than it can imagine.

The Easterling case is instructive in all of this. Ray Easterling had a good NFL career. By the time he was 62, he was depressed, showing signs of dementia, and, ultimately, successful in killing himself. He was also suing the NFL for what had happened to him in the course of his employment by the NFL’s Atlanta franchise. There is no evidence that Ray Easterling ever did anything during his NFL career beyond the simple demands of his job as a defensive back. In the course of his employment, the eventual destruction of his ability to reason was an inevitable consequence of that employment. Ray Easterling’s eventual dementia was as inevitable a result of the work he did for a living as black lung is for coal miners, or mesothelioma is for the people who work with asbestos. That this simple fact is obscured by an affection the country has for its football is a symptom of a country that has let that affection compromise its moral bearings.

We ought not to allow people to be destroyed — either all at once, or one concussion at a time — for our amusement. Doing so makes us amoral. Hell, it makes us vampires. We ought to demand that the people who run our sports take better care of the lives and health of our fellow citizens that those industries employ. One of the things that Ray Easterling did before he took his own life was join one of the 61 lawsuits filed against the National Football League by more than 1,260 former NFL players. If we want to get our love for sports back into balance with our interest in our common humanity, here are some things that we can demand:

We can demand that the NFL not fight any of these suits.

We can demand that the NFL enter into settlement discussions right now with every single plaintiff, and that it does so with humility and with an eye toward making these people whole.

We can demand that the NFL not hide behind legalisms, or behind its formidable PR apparatus, or behind the fact that, God help them, many of the plaintiffs may end up dead before their cases are ever adjudicated.

We can demand that it pay up, and that it be forced to allocate — as they used to say on Law & Order — to its complicity in the physical and mental destruction of people whom it was morally and ethically obligated to protect.

There will be people who maintain that NFL players signed on to be cogs in a machine when they signed their initial contracts. There is a libertarian argument that will be made about allowing people to take their own risks with their own bodies. There will be some boohooing about the involvement of “politics” in our entertainment. Standing against these concerns is the simple fact that we all owe each other a debt as members of a political and social commonwealth not to profit from the pain and suffering of each other, no matter who inflicts it or how accidental or deliberate that might be. It is time to regard our individual complicity in the circumstances that we allow to produce what happened to someone like Ray Easterling with a far more jaundiced eye than we ever have. You can enjoy football if you wish. I do. But I can’t enjoy it blindly any more. I can’t enjoy it with a clear conscience.

Over the past two decades, we’ve come around to the fact that not even the Roman Catholic Church can declare itself immune to the laws through which we civilize ourselves and each other. It took a lot of blood and tears and misery. It took the dismantling of a sanctified stone wall. It took a society that decided, through its institutions of self-government, that enough simply was enough. If we can make that decision on an actual religion, we ought to be able to make that decision on one of the country’s most prominent secular religions. Civilization isn’t inevitable. It is a product. It is something we create with each other for each other. There are no exceptions to that rule.