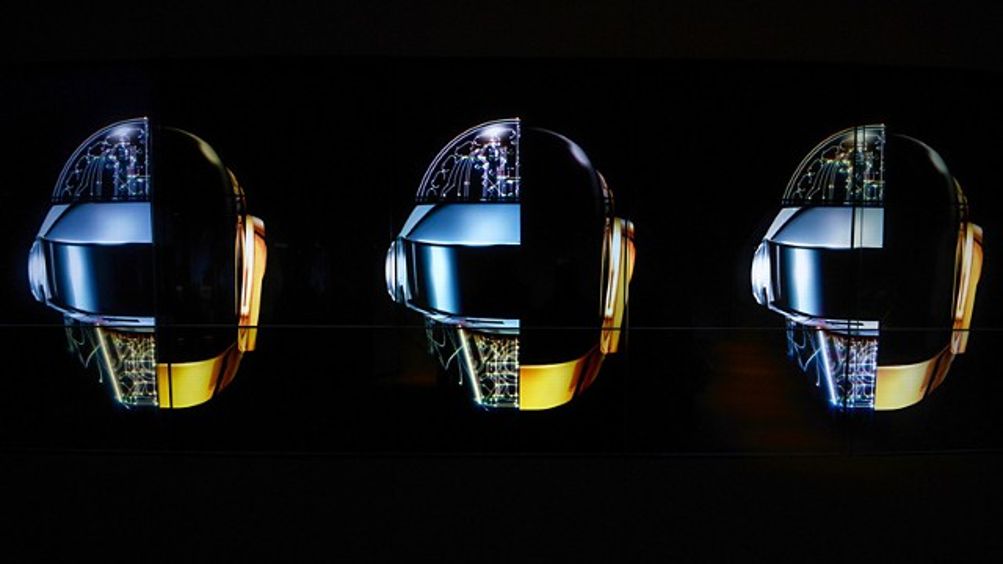 On Tuesday, Daft Punk will release Random Access Memories, its first album in eight years and only the fourth record these Francophonic cyborgs have made since 1997. If you’ve been on the Internet at all in the past two months and have a minimum level of engagement with pop culture, you are probably aware that Random Access Memories exists and that it’s required listening, even if you haven’t cared about Daft Punk in more than a decade, or ever. RAM has an unlikely pedigree for a blockbuster: Daft Punk has never charted higher than no. 44 in the United States; two of the electronic duo’s LPs went gold, but just barely.1 Daft Punk’s last proper album, 2005’s Human After All, was widely maligned and largely ignored. (The group also composed the score for Tron: Legacy in 2010.) The reasons why Random Access Memories is one of the year’s most talked-about records might not be self-evident, but they are indisputable. The album is culturally dominant at the moment because at the moment it happens to be dominating the culture. The hype justifies the hype. Random Access Memories is 2013’s Gabbo.

Since Memories has been streaming on iTunes since Monday (it also leaked the same day), I’m going to assume that anyone who’s interested in contextualizing the record has already played it at least once and rendered judgment on it at least a dozen times on social media. So, for the sake of time, let’s dispense right away with what most people seem to agree on: Random Access Memories is a throwback disco album, though that description might be a little reductive.2 Its weird mix of champagne-sipping soft rock and lite-funk jazz-odyssey indulgences (all played by distinguished studio musicians instead of computers) is a reaction against the current sound of status quo EDM, which derives in part from Daft Punk’s first two albums, 1997’s Homework and 2001’s Discovery. RAM is uncommonly abundant and moneyed for a contemporary pop record. It manages to be ridiculous in places without exactly being fun. The single “Get Lucky” is definitely RAM‘s most infectious track; the “Radiolab”-like “Giorgio by Moroder” is definitely not. This will be remembered as the third-best Daft Punk album.

I can sign off on all of that. This leaves two questions open to debate:

Let’s tackle the second one first, because based on the reactions I’ve seen thus far, this belongs in the “most people agree” category. The answer is: Apparently not. There are three reasons for this, two of which can be more or less “blamed” on Daft Punk and its handlers. First, Random Access Memories might be the most ingeniously marketed album of all time; certainly no album has been promoted more effectively in recent memory. The strategy for selling Memories has been written about nearly as much as the album at this point: Essentially, the idea was to spend money on old media (like billboards in major cities and commercials on Saturday Night Live) to generate free publicity on social media, and to give Random Access Memories a jolt of analog-era prestige. From the beginning, RAM was presented as a lost artifact of the monoculture; Daft Punk was faking upward, pretending it was a generational touchstone during pop’s post–generational touchstone period. This worked so well that fans and even the media fetishized the ads for Random Access Memories with a zeal normally reserved for Macintosh-hawking postapocalyptic showstoppers from the mid-’80s, posting remixes of song snippets featured in the TV spots and poring over grainy footage shot on iPhones of a teaser starring Daft Punk collaborators Pharrell Williams and Nile Rodgers that aired over the Jumbotrons at Coachella. This was all well and good until the album finally dropped. No matter how good Random Access Memories is, it was never going to be “bootleg commercial” good.

Second, Random Access Memories seems to have been purposely constructed to confound, anger, and/or bore the very people most excited to hear it. In 2007, Daft Punk launched an 18-month concert tour that is credited with launching the EDM festival craze. With a proggy stage setup featuring a now-iconic glowing pyramid and an atmosphere heavy on ecstatic, life-affirming enthusiasm, Daft Punk showed how this music could be successfully presented inside cavernous venues. (The scene’s biggest star, Skrillex, credits this tour with steering him away from his career in a second-tier screamo band and toward his eventual calling in electronic music.) When it comes to stadium EDM, Daft Punk is Led Zeppelin. Only Random Access Memories isn’t Physical Graffiti; it’s closer to Aja. I won’t go so far as to say that previewing such a downbeat and introspective record with the ebullient summertime party song “Get Lucky” was deliberately deceptive, but it certainly escalated expectations for an album that RAM decidedly is not.

Third (this one isn’t Daft Punk’s fault), the media needs traditional pop stars in order to discuss EDM as a cultural phenomenon, and this has proven difficult, since EDM as a genre generally eschews the star system. Daft Punk’s Guy-Manuel de Homem-Christo and Thomas Bangalter, who haven’t allowed their faces to be seen publicly since the late ’90s, exemplify this. Nevertheless, the press has inserted RAM into a narrative that the record can’t really sustain. Whatever else is said about Random Access Memories, it is clearly not intended to make Daft Punk more famous than it is now; it will likely succeed in making the group less so.

If Random Access Memories won’t be good enough to satisfy lofty expectations, is it good at all? Actually, yeah. Shit yeah. If given the choice between a theoretical LP of in-the-pocket bangers conforming to a popular view of the Daft Punk brand, or the amalgam of goofy genre exercises and world-class musicianship that was delivered instead, I’ll take the most expensive pseudo-Ween record in history any day of the week.

Random Access Memories might aim to make a populist late–20th century–style impact, but its obsessive preoccupation with nerdy minutiae is unmistakably early–21st century in its narrow specificity. As a lover of Brian De Palma’s 1974 rock opera Phantom of the Paradise, as well as perennial “tearjerkiest song of all time” nominee “The Rainbow Connection,” I swooned over the casting of 72-year-old life-size Muppet Paul Williams in the eight-minute epic “Touch,” a sappy Philip K. Dick–meets–Short Circuit electro-cabaret about a robot who yearns to be human. (Read the last part of that sentence aloud and try not to simultaneously smile and wince.) As a lover of the Strokes, I was thrilled to hear Julian Casablancas once again attempt the falsetto he couldn’t quite pull off on Comedown Machine, and nail it on the wistful new wave rocker “Instant Crush.” (Another successful indie-rock reclamation project on RAM is Panda Bear, whose appearance on the Beach Boys–go–breakdancing jam “Doin’ It Right” helps him recover the pop-friendly mojo he lost after last year’s glum Centipede Hz.) Above all, RAM is a record for audiophiles. The pinpoint flute swoops in “Motherboard,” the groove on “Beyond” that moves in low-key and antiseptic lockstep, the virtuosic and rhythmic fury that studio legends Omar Hakim and John J.R. Robinson bring to the delirious “Contact” — we simply don’t get to hear music this well played on pop records anymore.

In this way, Random Access Memories is a companion to 2013’s other highly anticipated “beloved artist emerges from hibernation” pop record, Justin Timberlake’s The 20/20 Experience. Like Timberlake, Bangalter and de Homem-Christo have little interest in producing their own version of the knowingly disposable Europop pap currently ruling the commercial landscape. Instead, they’ve devoted their considerable resources to crafting what has already been misconstrued as a highly insular nostalgia trip. RAM‘s most polarizing track is “Giorgio by Moroder,” in which the 73-year-old Italian disco pioneer talks about the origins of his career over a swirling soundscape that shifts incongruously from early-’70s pre-disco funk to Moroder’s signature Moog synthesizer gurgle to spacious soul-jazz licks and then back again. The song has been dismissed as a hectoring history lesson for bratty club kids. But when Moroder talks about his early ambition to make an album “with the sounds of the ’50s, the sounds of the ’60s and the ’70s, and a sound of the future,” he could just as well be talking about Random Access Memories.

Where’s the future on this record? Random Access Memories posits that (musically speaking) there is no “future” (or “past” or “present”). It’s an album where sounds, production techniques, and cultural references once associated with bygone eras are as present today as so-called “modern” music. By merging rockism with dance music, pop with prog, openness with obscurity, human musicians with songs about robots, and every era of 40-some years of popular music in one overstuffed package, Daft Punk has made a record that is unstuck in time and available for whatever context you choose to bring. (My Paul Williams and Comedown Machine might be your Todd Edwards and Herbie Hancock’s Thrust.) This is to say, Daft Punk is once again pointing the way forward. We’re all robots now, with a hard drive of randomly accessible and increasingly disconnected experiences — only we don’t yearn to be human, because we believe we still are.