Director’s Cut: ‘Silent Season of a Hero,’ by Gay Talese

Jimmy Kimmel on His Love for Oprah 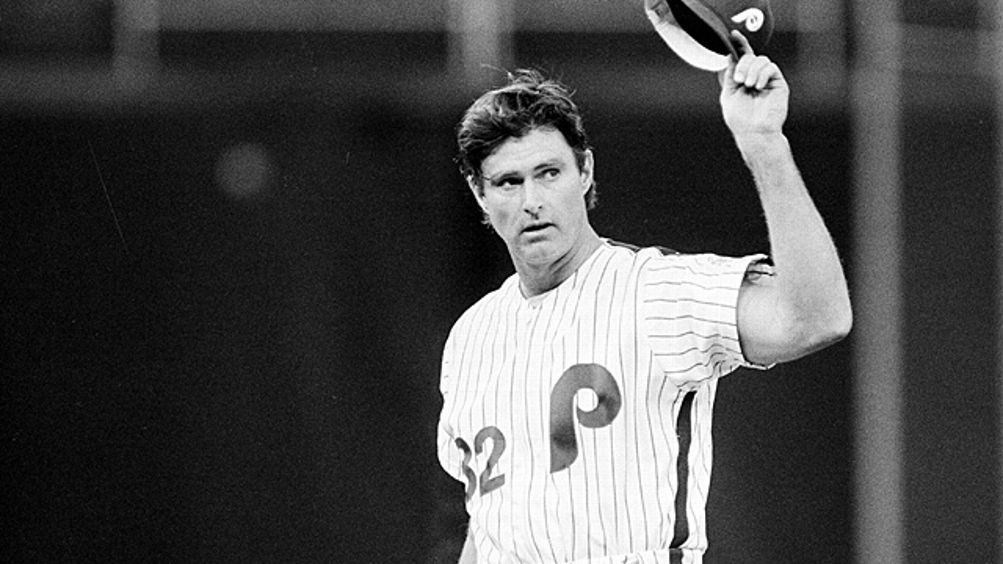 In January 1981, Diane Shah was in Southern California covering a Chargers-Bills playoff game for Newsweek when the columnist David Israel invited her to a party being thrown by Jim Bellows, the legendary editor of the Los Angeles Herald-Examiner.

That evening, Bellows asked Shah what she was planning on doing with her career. Shah mentioned she wanted to write mystery novels and report more magazine-length pieces. The smiling Bellows kept shaking his head, informing her that wasn’t what she was going to do next. Finally, Shah said, “OK, Jim, you tell me — what am I going to do next?” He smiled and said, “You’re going to come out to Los Angeles and be my sports columnist.”

This was no small thing. By the end of the ’70s, writers like Jane Leavy, Melissa Ludtke,1 and Stephanie Salter2 proved that women could hold their own in the press box.3 But there had never been a female sports columnist at a big-city daily. Shah at first demurred, asking for more time to consider the offer and consult with friends.4

Shah was an urbane, elegant, and gifted stylist, but she was hardly an obvious choice.5 “I had never worked for a daily newspaper,” Shah says. “I’d never written a column. I never even read columns. It was really the last thing I ever wanted to do.” After months of deliberation, she finally took the job, beginning in the summer of 1981, when Major League Baseball was on strike6 and the Oakland Raiders were tangled in a lawsuit with the NFL. The Herald-Examiner plastered her picture on the backs of city buses, and she soon developed a fiercely loyal following. Cary Grant was an avid reader, and would often call her up to discuss her work.

Shah arrived on the sports scene at a time when athletes everywhere were growing more wary — and more prickly — about cooperating with the media. This was a challenge for even the most venerable, respected writers. But because of her role, Shah faced an added degree of difficulty.7 “All I cared about,” she says, “was getting my questions answered; I didn’t care what they said behind my back.”

Along the way, she became an inspiration to the next wave of female sportswriters. Sally Jenkins, now a Washington Post columnist, interned at the Herald-Examiner in the summer of 1982, and Shah took the Stanford student under her wing. “I think she bought me a hot dinner about once a week,” Jenkins says. “She taught me so much about being a successful journalist.”

Looking back at classic works of sports journalism.

Shah’s best-known column was years in the making. The inspiration came after Game 6 of the 1980 World Series, the Philadelphia Phillies having just dispatched the Kansas City Royals to win their first world championship. In a glassed-in office next to the Phillies locker room, veteran pitcher Steve Carlton8 was standing with Dickie Noles, while just outside the room, a coterie of sportswriters, including Red Smith,9 Pete Axthelm, Roger Angell, and Shah, then at Newsweek, waited. They lingered on the off chance that the notoriously tight-lipped Carlton might say a few words after his second win of the series. “After a while, Dickie Noles opened the door,” Shah recalls, “stepped out, and doused us with a bucket of water. Carlton took off and disappeared into the trainer’s room. Noles followed him. Both players were laughing. Ax was wearing a beautiful suede jacket, but I think most of the water landed on Red Smith.”

It was just another chapter in Carlton’s ongoing silent war with the media — he hadn’t really spoken to reporters since the early ’70s — but the incident stuck with Shah. She never did forget the absurdity of standing with some of the most august members of the fraternity of sportswriters and getting soaked for her troubles. In October 1983, the Phillies traveled to Los Angeles to begin the first game of the National League Championship Series. On the morning of Game 1, Herald-Examiner readers opened their papers to Shah turning the tables.

Oh, No! Not Another Boring Interview With Steve Carlton

Having recently passed a statistical benchmark, that is, having just written my 300th column, I find I am besieged by athletes begging me to interview them. I know that only 15 other sports columnists in the history of journalism have reached this plateau,10 but I must say this constant round of interviews does grow wearisome. Every time a new team comes to town it’s the same thing. You’d think all the athletes could just get together and agree to one mass interview.

To make matters worse, I again find myself covering the playoffs. So now the requests for interviews have intensified all the more. Yesterday morning, no sooner had I reached my office when the phone rang.

The Grantland Director’s Cut series looks back at classic works of sports journalism and gives the writers, athletes, and other figures involved in making the articles an opportunity to reflect on their work and recall some deleted scenes.

Bringing It All Back Home

Silent Season of a Hero

The Making of a Goon

Johnette Howard’s 1990 piece from The National.

How Jacksonville Earned Its Credit Card

The Kentucky Derby Is Decadent and Depraved

“Er, Miss Shah? This is Steve Carlton with the Philadelphia Phillies. I was wondering … ”

“I haven’t even had my coffee yet,” I grumbled. “Don’t you guys ever sleep?”

“I’m sorry,” said Carlton. “It’s just that I was, er, wondering if you would have time today to interview me.”

“What team did you say you were from?”

“The Phillies. I’m a pitcher.”

“Oh, right, I remember. But haven’t I interviewed you before? When the Phillies won the 1980 World Series or after you got your 300th win? I’m sure I did.”

“Actually, you didn’t,” Carlton said. “I was rather hoping you would, but you always walk right past me. I’ve even sent you notes requesting interviews, but you never reply.”

“You know how many games there are in a season?” I said.

“So what is it you want me to interview you about?” I said, trying not to sound bored.

“Well you could ask me about my tough conditioning program,” he said. “The Kung Fu and pushing my arm into a tub of rice. Or how many more years I’m going to pitch. Or what I think about the playoffs.”11

“Same old stuff,” I said, stifling a yawn. “You’d think occasionally one of you guys would come up with something new to say.”

“Perhaps you could ask me about being an oenophile,” Carlton suggested.

“Don’t try to impress me with big words,” I snapped. “I hate looking things up in the dictionary.”12

“Are you a Cy Young candidate then?”

“No,” he said sadly. “That would be John Denny. He pitches Wednesday night.”

“Don’t take this personally,” I said, “but readers would probably be more interested in finding out what he has to say.”

“I wouldn’t need much time,” Carlton pleaded. “Although I usually like as much time with the writer as possible.”

“I’ve heard that before,” I sighed. “You athletes think the longer the interview the better the story. Only I’m not getting paid to shoot the breeze with you guys. I get paid to write a column. I know it’s important to your line of work to get interviewed, so I try to accommodate you when I can. But it’s not in my contract here at the paper to just sit around doing interviews all day.”

“I’ll try to be as brief as possible,” said Carlton. “Perhaps we could have lunch or a cup of coffee before the game.”

“Absolutely not,” I screamed. “You want me to talk to you, we’ll talk at the ballpark. I hate when athletes try to interfere with my private life.”

“Fine,” said Carlton. “What time should I meet you?”

“Well, let’s see. I’ll get out to Dodger Stadium about two-and-a-half hours before game time. Then I have to go up to the press box and set up my word processing machine. I have to find a plug and take the machine out of its case and make sure it works. This is a special time for me. I don’t like to be rushed.”

“How about after you finish word processing practice?”

“No, ’cause then I like to stroll around the batting cage chatting with my colleagues from the other papers. It’s really annoying when an athlete comes over and interrupts. Some of the best jokes I hear are said at the batting cage.”

“After that?” said Carlton hopefully.

“No,” I went on. “Next I have to stop in Tom Lasorda’s office.13 I need to check out the food and which celebrities have come by. And then I have to run through the Dodger clubhouse and say hello to everyone ’cause they expect hometown writers to be friendly to them.”

“Gee,” said Carlton. “This is really important to me. It’s the playoffs.”

“Tell you what,” I said. “I’ll send an intermediary. I’ll get Vin Scully to interview you. He’ll give the tape to Steve Brener, the Dodger publicist, and he’ll screen the best answers out.”

“I really appreciate this,” said Carlton.

Shah was inundated with praise from her colleagues when she arrived at Chavez Ravine the day the column14 ran. “There were a lot of reporters there that day, and when I came out on the field, people were coming up to me and telling me it was a good column, and that they really liked it,” she says. “The Dodgers never had anything to say about it, and I never got anywhere near Carlton.15 I don’t know if he’s talked to a reporter yet. So, really, the reaction was only among the journalists.”

Shah understood the give-and-take between athletes and writers, but the tone of this piece was emblematic of her tough, sophisticated style. “I was never intimidated,” she says. Others couldn’t help but notice Shah’s confidence and the way it affected the subjects of her columns. “They would freak out,” says Jenkins. “Diane would saunter through the locker room wearing Armani and a gold wristwatch, and she just radiated I don’t need this fucking job.”16

By 1987, after six years on the job, Shah decided she’d had enough. “I would look around the press box,” she says, “and I envied them, but I didn’t know how they did it.” She hung in for one more Celtics-Lakers final — the era-defining six-game series that gave the Lakers the last word in the “Team of the ’80s” debate — then walked into her editor’s office the Monday morning after the series ended, and resigned.17

While she remembers her time at the Herald-Examiner fondly, she says she doesn’t envy the writers who have to deal with the well-insulated, less-accessible athletes of today. “Now it’s insane,” Shah says. “I wouldn’t want to do what I did back then now. I wouldn’t have patience with these people.”

Michael MacCambridge is the author of America’s Game: The Epic Story of How Pro Football Captured a Nation. His new book, Lamar Hunt: A Life in Sports, will be published October 2 by Andrews-McMeel.