The Malice at the Palace 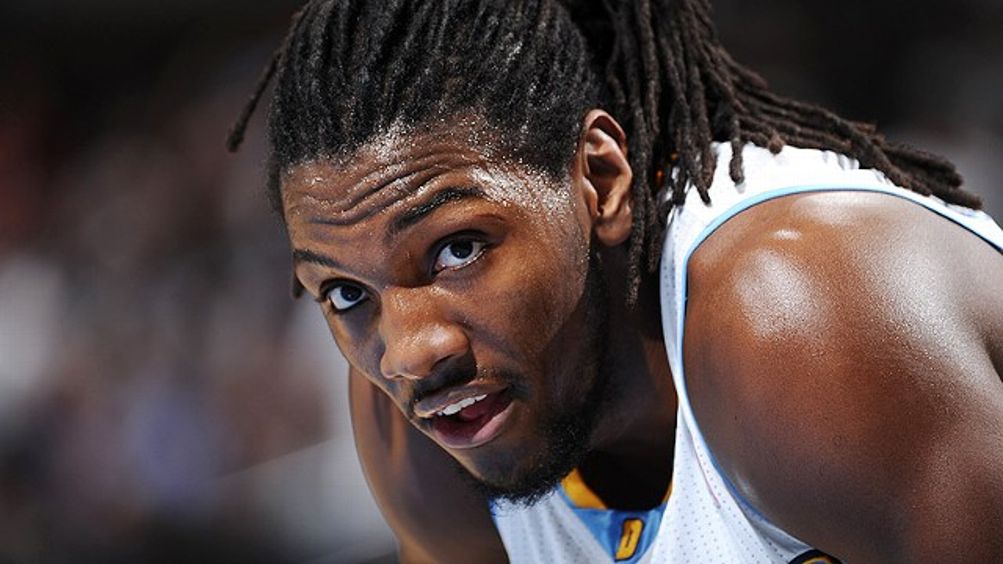 This week, the NBA rookie corps mourns a devastating loss. Last Friday against the Lakers, Ricky Rubio suffered a season-ending knee injury that might prevent him from playing in the 2012 Olympics. Without Rubio, this year’s rookie class won’t be the same. There are a number of other great rookies who have been coming into their own in recent weeks, but Rubio was one of a kind. Although it’s sad to see a talented player like Rubio go down, there are still dozens of first-year talents to watch and rank. Let’s get to it.

Irving shines when he’s asked to create his own shot. He posts 1.049 points per possession (PPP) in isolation situations, which puts him in the top 5 percent of all NBA players. But Irving struggles some in pick-and-roll situations, and his biggest weakness is taking care of the ball. When Irving uses ball screens, he turns it over 14.5 percent of the time. Irving has no problem using his quickness and ball-handling ability to beat defenders one-on-one. However, when the defense collapses on him after a pick-and-roll, that’s when he struggles.

Irving needs to improve at reading the defense’s rotations and finding his open teammates when those rotations occur. More often than not, Irving tries to hit the wrong man or create his own shot against multiple defenders. Cleveland runs pick-and-rolls with Irving on 38.4 percent of its possessions, compared to 12.3 percent for isolations. I’m not a strong believer in isolation basketball as the “right way to play,” but the numbers and tape show that Irving is at his best when working one-on-one. The Cavs should try to get him more of those opportunities.

Last week we talked about Faried’s post defense. This week, his high energy and rebounding have allowed him to skyrocket to the second position in our rankings. Faried’s 17.0 Offensive Rebound Rate, which measures the percentage of available offensive rebounds he grabs when he is on the court, ranks second in the NBA. The most impressive aspect of Faried’s activity on the offensive glass is that he rebounds out of his area. He gets rebounds that don’t just fall into his hands. He tracks down the ball and beats other players to it.

Faried is always working, getting around guys, pushing guys out of the way, reading the ball off the rim, and getting to the spot where he thinks the ball might land. He’s hustled his way into an important role in the Nuggets’ rotation.

Thomas’s strength in the pick-and-roll is reading and reacting to what the defense gives him. His weakness, as it so often is with rookie point guards, is taking care of the ball. Thomas commits turnovers on 22 percent of his pick-and-roll possessions. This makes his overall effectiveness on ball screens — 0.949 PPP, in the NBA’s 89th percentile — pretty remarkable. If Thomas cuts down his turnovers, he could be one of the most efficient pick-and-roll players in the NBA. Thomas’s problem in these situations is also his best asset — speed.

Too many times, Thomas comes off a screen at full speed and looks to turn the corner. That’s too fast. He needs to take his time and set up screens before he uses them. If he plans to split the screen, like he does in the first clip above, he needs to slow down and set up the hedge man with a hesitation dribble. He can’t just sprint at him. If Thomas can learn to change speeds at the right times, he’ll become a much better scorer off pick-and-rolls.

The best thing about Williams’s defense is his versatility. He’s quick enough to stay in front of small forwards on the perimeter. That quickness also allows him to hedge against point guards and help off screeners in pick-and-roll situations. When Williams is the big man defending a ball handler in a pick-and-roll situation, he holds offenses to 0.732 points per possession on 37.5 percent shooting. Even more impressive is that teams turn the ball over 22.5 percent of the time when Williams hedges on pick-and-roll plays.

Williams is so big that his presence can bother guards who come off ball screens. It’s hard to shoot a quick jumper over Williams or make a pass around him. He also has the speed to stay in front of ball handlers and force them to slow down or stop. This allows the primary defender to work around the screen and get back to the ball handler, which is exactly what the defense wants.

It has taken a while, but Biyombo is finally making an impact on defense. It’s no surprise that Biyombo is most effective at protecting the rim. He’s an aggressive shot blocker who can prevent teams from scoring in the paint. As you’ll see, most of Biyombo’s blocks come from the weak side, when he helps off his man to stop dribble penetration.

Despite being young and possessing very raw skills, Biyombo has learned to recognize when he should rotate from the weak side and when he shouldn’t. With his exceptional length and athleticism, Biyombo can wait longer than smaller and slower bigs who have to rush to get into help position. The extra split second that Biyombo waits before leaving his man makes it tougher for offenses to score. By staying home longer, Biyombo makes it hard to dish to his man. With that pass taken away, the offensive player attacking is forced to go up with the shot, and that’s when Biyombo can range over to get the blocked shot from the weak side.

We all know that Thompson is a knockdown shooter. To develop his game on offense, he needs to add a countermove to use with his jumper. Right now, Thompson doesn’t have that shot in his repertoire. It’s either catch-and-shoot or pump fake, take one dribble, and take a jump shot. Defenders know this, and they close out on him hard, almost daring him to put the ball on the floor and drive. Why? Because they know he can’t do it.

I’d like to see Thompson add a floater to his game. Right now, Thompson tries to get all the way to the rim when he drives and he simply can’t finish there. A floater would allow Thompson to get a shot off before he gets all the way to the rim, where opposing bigs can bother his shot. Once Thompson can freeze his man with a pump fake and hit that floater, teams will stop running so hard at him, and that pretty jump shot will be easier to knock down.

The more MarShon Brooks is on the court, the more teams are going to attack his weak defense against isolation plays. Brooks is in the bottom 20 percent of all NBA players in defending these plays. He allows 0.950 points per possession and 51.6 percent shooting on one-on-one defense. Brooks’s problem is that he allows players to penetrate against him. When he forces players to shoot jumpers, Brooks uses his long wingspan to hold players to 25 percent shooting. Unfortunately, that only happens 21.1 percent of the time. On the remaining 78.9 percent of isolation possessions against Brooks, players drive to the basket and shoot 60.1 percent from the field. Brooks needs to keep his man in front of him and force him into jump shots. The fewer drives he gives up, the better defender he will become.

Kanter has dropped in these rankings because he has lost playing time in recent games. He’s been stuck on the bench because he struggles to score except for putbacks. In post-ups, Kanter’s 0.554 points per possession puts him in the 12th percentile among NBA players. Working off cuts, Kanter posts a PPP of 1.044, putting him in the 28th percentile. Rolling to the rim, his PPP of 0.824 lands him in the 28th percentile again. Kanter’s scoring woes stem from his lack of size. He’s not long enough to finish over other big men. He needs to learn from a player like Glen Davis, who is about the same size as (or maybe smaller than) Kanter, but who still has found ways to finish. Davis does a good job of creating contact with defenders to negate their size and reach advantages. Once Kanter learns a few tricks like this, he should become a more reliable scorer.

As the season continues and Shumpert receives more opportunities to create his own shot, he has shown that he is only really effective at moving without the ball at this point in his career. Yet for some reason, Shumpert still gets to use ball screens on 25.1 percent of his possessions. He shoots 25 percent in these situations, commits turnovers 21.8 percent of the time, and posts a 6th-percentile PPP of 0.445. If the Knicks keep expecting Shumpert to create in pick-and-rolls, they’re likely to be disappointed over and over again.

The San Antonio Spurs need a spot-up shooter, and they’re trying to turn Leonard into that player. A third of his possessions are spot-ups and he shoots an adequate 34.8 percent with a 0.874 PPP on them, which is near the league’s 50th percentile (44th, to be exact). Leonard’s numbers would improve if he could convert more catch-and-shoot opportunities. Leonard is guarded on 30.6 percent of his shots, and he knocks down 40.9 percent of them. When open, Leonard shoots 36 percent. To me, the fact that Leonard shoots better when guarded means that he is just in a slump right now, but has the talent to become a better shooter. If his shot starts to fall, then the Spurs may have found their spot-up shooter.