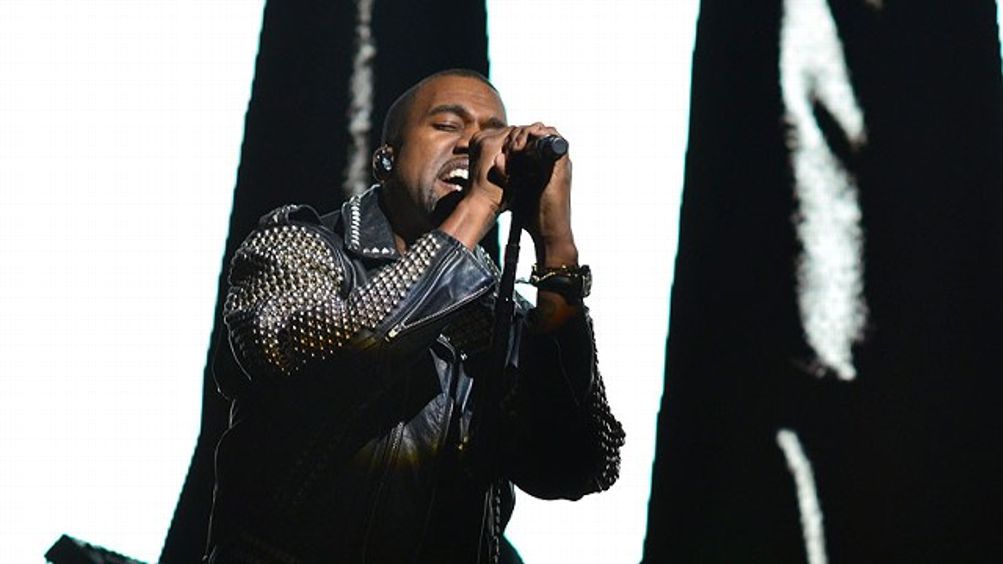 Whatever else is said about an album that’s already spawned the most overbearing bread-based meme of the year, Yeezus will be remembered as the lasting document of a time before the “Kimye” baby’s ubiquitous media presence. Kanye West’s seventh album contains no references to his first child, born this weekend between Yeezus‘s “leak” on Friday and Father’s Day. West also brushed off questions about not America’s baby in his instantly infamous New York Times interview — apparently he spent much of Kim Kardashian’s pregnancy on a different continent working on the album in Paris, only to blow through extensive last-minute revisions with Rick Rubin in Malibu, though the Times noted that West “made room for an appearance at the baby shower.”

“I don’t want to explain too much into what my thoughts on, you know, fatherhood are, because I’ve not fully developed those thoughts yet,” West told the Times‘s Jon Caramanica. Even if Yeezus doesn’t address West’s impending — sorry, make that current — daddy status directly, you can feel him trying to process it. Yeezus is a pornographic, self-indulgent, self-parodying, incisive, funny, sickening, and (yes) brilliant unpacking of West’s pre-fatherhood self. The most singular and stunning entry yet in the most singular and stunning discography for any pop artist in the 21st century — it’s not even close, really — Yeezus amounts to a no-holds-barred accounting of who Kanye West must now protect his family from: Kanye West. It took months for him to make; it may take a lifetime for him to live down.

The Book of Yeezus

The sound of Yeezus — a dense tangle of rusty buzz saw synths, body-blow drum machines, nausea-inducing tempo shifts, and panic-attack gasps for oxygen spliced into lurching seizure rhythms — has no precedent in West’s previous work. The record’s closest relative is 2008’s 808s & Heartbreak, where West used AutoTune to dehumanize his voice as an expression of anguish over losing his mother, Donda, and the failure of a romantic relationship. On Yeezus, which is timed with an equally momentous change in the West household, it’s the music that’s been dehumanized. West goes against his natural inclination as a sonic showman who favors warmth and effervescence in order to produce a chilling, almost grotesque inversion of his persona. On “Blood on the Leaves,” he revives the soul-sampling, love-’em-and-leave-’em crowd-pleaser of “Gold Digger.” Only this time, instead of Jamie Foxx’s sunny Ray Charles impersonation, West provocatively deploys Nina Simone’s rendition of “Strange Fruit” in a song that finds him complaining that he can’t force one of his “second-string bitches” to get an abortion because of all that religious “Jesus Walks” stuff. On “I’m in It,” the thoughtful messages of Watch the Throne are perverted into a devilish dancehall-accented treatise on the pleasures of multicultural sport-fucking. (“Uh, black girl sippin’ white wine / put my fist in her like a civil rights sign” is the queasiest lyric on a record with lots of competition for the distinction.) On “I Am a God,” the anti-materialism of “All Falls Down” from his 2004 debut, The College Dropout, is negated by a campy stew of clanking, Sprockets-y industrial-rock portentousness and West’s overplayed petulance about the painfully slow service at French-ass restaurants.

The decadence of Yeezus has a bachelor-party quality — it’s laid on way too thick to not be knowingly ridiculous. (This album also sounds approximately 17 times better when played at an obnoxious volume on a stereo, preferably at an hour late enough to annoy the neighbors. This is especially true of the first 25 seconds of the show-stopping “Black Skinhead.”) You can always question Kanye’s taste, but never his self-awareness. West wants you to laugh at his damn croissants; after all, Yeezus was his excuse to dodge the highest form of adult responsibility for several months. Kim’s loss was our gain; as incredible as Yeezus is, it probably doesn’t justify Kanye not putting in the proper amount of “rubbing the pregnant lady’s feet on the sofa” time. But West would not (or could not) allow that part of his life to intermingle with the hot mess he’s cooked up here. Yeezus is a cast-iron black box filled with pilfered panties and vomit — Kanye may wish he’d just buried it in a shallow grave somewhere, particularly once his baby girl is old enough for a Spotify account. 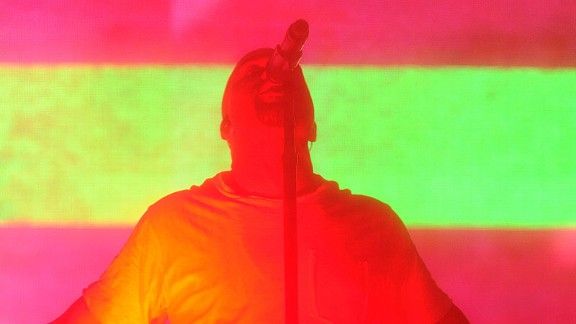 A year ago at this time, I was in Kanye’s position — an expectant father anxiously (if not fearfully) awaiting the arrival of his first child. Based on my experience (as well as friends who have recently taken the parenthood plunge), new dads tend to be consumed with two thoughts. The first involves endlessly taking stock of your life and obsessing over how woefully unprepared you are to take care of another human being. As a man, you know you are inherently selfish, and recognize that most of your life until this moment has been a pursuit of self-fulfillment. You are wracked with guilt over this, but you don’t know how to change. (West in “Black Skinhead”: “I’m aware I’m a wolf / soon as the moon hit / I’m aware I’m a king / back at the tomb, bitch.” Notice he said tomb and not castle.) This is immediately followed by the second thought: Maybe fatherhood can be my salvation. It has to be my salvation.

I can’t really relate to all of the nightclub blowjobs and extramarital zillionaire hookups in the Hamptons that Kanye chronicles on Yeezus, but I think I understand the impulse to put out a record like this on the eve of his baby’s birth: To purify yourself, you must come clean. Anyone who accuses Yeezus of misogyny isn’t heeding the context or the malevolent music; Kanye West the man may be a misogynist, but as an artist he was honest — or perhaps just conceited — enough to make an album about his misogyny that vividly conveys just how boorish and ugly he can be at his worst. Because he’s such a colossal egoist, West’s only concern is how this ugliness makes him unhappy. “Maybe 90 percent of the time it looks like I’m not having a good time,” West said in the Times interview — after hearing Yeezus, that estimate seems misguidedly optimistic. But on some level he must sense that having a daughter at home and acting so hatefully toward all other women are two realities that can’t coexist.

“Is Kanye a good person?” has been a running question on all of his records; this is the first time West hasn’t allowed for the possibility that the answer might be “yes.” Perhaps that’s what West meant when he described Yeezus as “aspiration minimalism” in the Times interview — it’s a brutally single-minded record. The album is as grandiose in its own way as My Beautiful Dark Twisted Fantasy, only the layers of sound are intended to pummel and bruise in economical bursts rather than dazzle with epic soundscapes. The sex acts that West describes at the start of “I’m in It” are delivered in a slowed-down, otherworldly growl, a callback to the “monster about to come alive again” line on Yeezus‘s opening number, the screechy, house-infused club cut “On Sight.” Kanye runs through more women on Yeezus than Michael Fassbender does in Shame — and the payoffs are just as gross and dispiriting. The extraordinary “Hold My Liquor,” featuring standout method cameos by Kanye’s authentically inebriated-sounding wingmen, Justin Vernon and Chief Keef, is the album’s bleakest moment. West describes a drunken booty call (“One more fuck and I can own ya,” he drawls) over an icy synth-and-guitar sci-fi symphony reminiscent of one of Roger Waters’s nervous breakdowns from The Wall.

That Yeezus is as captivating as it is — and not merely unseemly or downright intolerable — is a testament to West’s supreme skill as a maker of great-sounding records, his fearlessness as a provocateur, his ambition as a self-conscious engineer of pop trends, and his flair as our single greatest professional self-immolator. But I won’t like this record in retrospect as much as I do now if we ever hear from this version of Kanye West again. “I’m so scared of my demons / uh, I go to sleep with a nightlight,” he raps on “I’m in It” — actually, Kanye, the time has come to finally put those demons to bed.