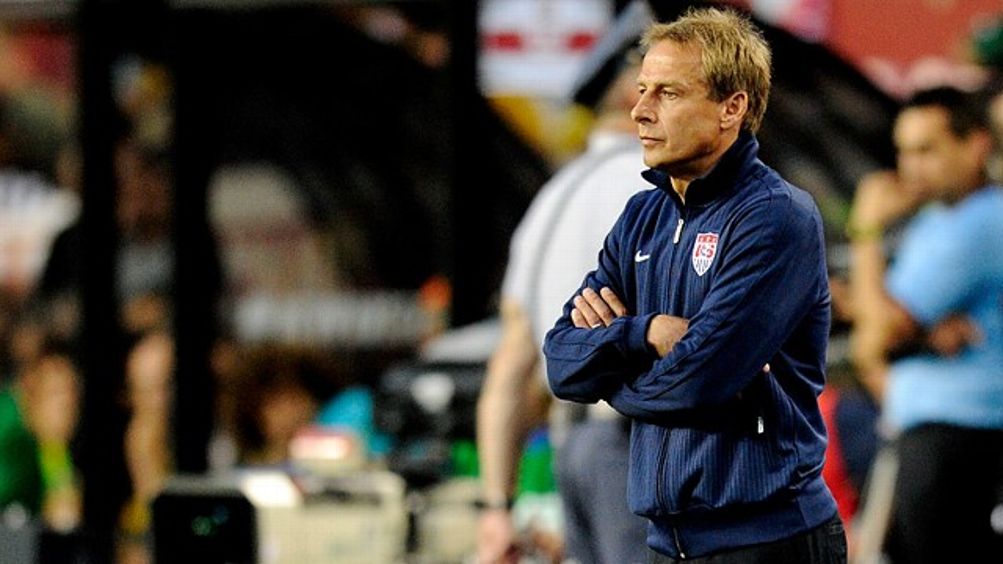 Most of the time, when a “promising,” “up-and-coming,” “dangerous” team is developing into an elite power, its progress resembles the climb of an elevator. The floor and the ceiling rise at the same pace. The team gets better when playing at its best, but it also gets reliably better when playing at its worst. Wins that once seemed crazy to think about (say, the Thunder rolling the Lakers) start to feel routine; losses that once seemed fairly normal (say, Manchester City hacking up a game to Everton) start to feel inexplicable and devastating. That’s part of what getting good is: raising expectations at both ends of the spectrum, as well as all the points in between.

That sounds obvious, right? Well, for fans of the U.S. Men’s National Soccer Team, maybe not so much. The USMNT has been “up-and-coming” for essentially the entire career span of the current generation of players, but rather than rising like an elevator, we seem to be stuck in a weird elevator-like contraption, one in which the ceiling keeps rising while the floor stays in the same damn place. We1 can knock off Spain (I’ll never forget you, 2009 Confederations Cup), we can beat Italy in Genoa (I’ll never forget you, day three months ago), but we also have a habit of making Costa Rica look like a world power and squeaking out draws against El Salvador by the last lucky atom of Frankie Hejduk’s ear. We can go 14 games against Mexico with only two losses, then lose to Mexico three straight times by a combined score of 296-3.2 There are a million possible explanations for any and all of this, ranging from the giant-killing temperament of a frontier people to the fact that Clint Dempsey is sometimes injured, but the basic point remains. Consistency has exactly not been our game this last decade or thereabouts, however much we’ve gotten better on the whole. When was the last time you turned on a USMNT match and had any idea what to expect?

In that sense, maybe the strangest thing you can say about the USA’s latest World Cup–qualifier tune-up games — we start qualifying proper against Antigua and Barbuda on June 8 — is that they went roughly as you’d have guessed, if you’d been guessing. Against a sleepy and overmatched Scotland team last Saturday, the USMNT, playing in the new “!!!!!!! we have a midfield” style instituted by our new Germano-Californian homeopath-surfer-coach Jürgen Klinsmann, romped to a 5-1 win behind Landon Donovan’s hat trick, Fabian Johnson’s awesomeness at left back,3 and various permutations of attitudinal swashbucklingness. Against Brazil on Wednesday, the style collapsed into “????? scientists continue to posit the existence of a midfield,” the one-touch passing was mostly on the other side, and our boys went down 4-1. Pro analysis: Brazil is better than Scotland, and also — even in the Olympics-warm-up youth incarnation they fielded Wednesday night — quicker, defter, and considerably more cunning than we are.

The Scotland game was a stone blowout. The Brazil game, however, was a little more complicated than the scoreline suggested, and that’s where things start to get interesting, ceiling-and-floor-wise. Because apart from a couple of arbitrary pseudo-controversies like the Onyewu handball penalty, most of what made it complicated was Klinsmann’s vision of how the United States ought to play the game, which translated into a situation where we probably lost by more goals than we had to, but also looked far more awake and alive than we might have done against a team like Brazil.4 After the Scotland win, Klinsmann was very clear about what he’s trying to accomplish with the team:

Step by step, what we are trying to develop is a fast-paced game. There’s tempo in it. There’s one-touch combinations throughout midfield, as fast as possible, finding forwards up there, having pace, buildup from the back, no long balls. I think we saw some of those elements today. Obviously it’s a bit more difficult to play that way against Brazil or Italy, but I think the players, they understand more and more what we’re trying to achieve.

It was, indeed, “a bit more difficult” to play that way against Brazil, and maybe the team didn’t entirely stick to the “no long balls” pronouncement. But still: Even with the midfield folded back into its own half for long stretches of the game, Michael Bradley was still looking to exploit angles and play in medium space rather than simply launching the ball forward at Warp 9. Fabian Johnson was still trying to navigate the maze of Brazilian pressing — and OK, it’s not like the Seleção was all that brilliant defensively, but some of their struggles had to do with the quality of the American attack. The one goal the U.S. managed came not on a random forward heave but on a play when Bradley coolly broke the Brazilian defense with a pass to Johnson, who followed an aggressive run with a poised cross to Hérculez Gómez for the goal. There were several similar near-misses, including one moment when a close-range Clint Dempsey shot made Ian Darke (on TV) and me (at home) scream, “How did that not go in?” simultaneously. Brazil’s goalkeeper Rafael, making his first senior start, was busy enough that you could feel the whole non–South American world looking him up on Wikipedia.

This isn’t simply another case of “we lost 4-1, but there are lots of reasons to be optimistic!” (Though Preki knows I, like most American fans, have said that often enough.) Under the domed, doomed gaze of Bob Bradley, the USMNT often seemed to be raising its ceiling by small increments while focusing on the parts of the game that are supposed to raise the floor: organization, defensive cohesion, stamina, muscle, heart. Klinsmann seems to have decided — spectacularly if not wisely — that the floor is actually a boring place to be, and that what we really ought to do is focus on technique, creativity, and speed, push the ceiling up into the exosphere, and let the ground take care of itself. Party on the roof!

Against Brazil, Klinsmann easily could have, and Bradley most likely would have, swapped his 4-3-3 for a Roman testudo formation, thrown up ramparts in Brazil’s box, and prayed for a fluky goal on the counter. Instead, he switched to a 4-4-2 — arguably a more attacking formation for the U.S. because Dempsey and Donovan both cut inside so much. It didn’t work, because it didn’t lead to a goal, but it almost worked really well. And it emphasized what’s been by far the most fun and exciting part of Klinsmann’s reign so far: the discovery that, whoa, between Bradley, Johnson, José Torres, Gomez, Donovan, and Dempsey, we actually kind of do have the players to play this way. Given the evident weaknesses in central defense Wednesday night (when Onyewu looked, at times, literally like a parked bus), we might have become a better flair side than organization side almost without knowing it.

Does Klinsmann’s attempt to change the culture of U.S. soccer have any chance of, you know, succeeding? Just to take the objective currently at hand, does it make any sense to approach CONCACAF qualifying with a “one-touch combinations, as fast as possible, and no long balls” philosophy? Maybe not, but then CONCACAF — a corrupt, thrown-together federation of cruise-ship destinations, action movie drug-lord havens, and fading hemispheric hegemons5 — doesn’t make a lot of sense as an entity. World Cup qualifying is always both giddy and stressful for American fans. Giddy because, when you’ve grown up on the fat side of the NBC Olympic Medals Tracker, it’s kind of fun to find your team on plausibly equal footing with St. Kitts and Nevis; stressful because, after all, they could lose. (And sometimes do.) By gambling that he can teach the USMNT to walk before it’s really gotten world-class at crawling, Klinsmann is taking an already chancy situation and stirring in a fresh vial of crazy. At the same time, it’s hard to ignore the totally delightful possibility that we could play like a great team simply by deciding we are one. Isn’t that the American dream?