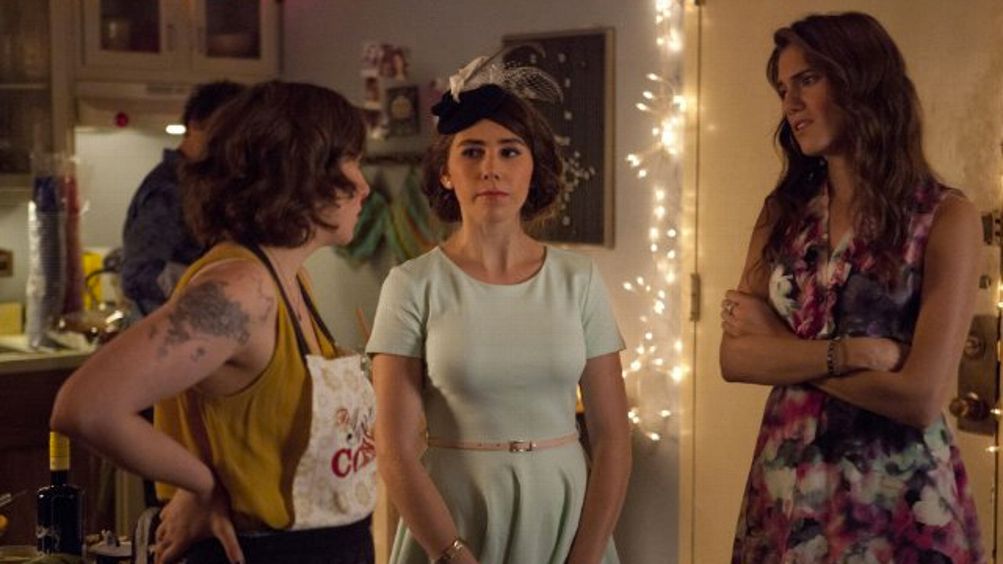 The idea that it’s necessary to suffer for your art is certainly nothing new; it’s a concept picked up on college campuses as easily as a socialism pamphlet or a raging case of mono. And with good reason: At an age when the desire to say something important arrives long before one has anything worth saying, the notion of creative misery can be awfully appealing — it’s both a license for licentiousness and a handy self-diagnosis to reach for when withstanding the slings and arrows of an outrageously conventional youth. Let’s face it: Art is hard! Why not take a moment — or, if you can afford it, a decade — to wallow in the hardship? But what’s less discussed is the flip side: that very often a young artist attempting to suffer is him- or herself insufferable.

I assume I’m not the only one who has sat patiently through enough one-woman shows and open-mic nights to realize that “finding yourself” can frequently be a spectator sport. Once, on a chilly night in Los Angeles, I accompanied some pals to an outdoor “exorcism” featuring four projection screens, a MacBook, and, having the demons cast out of him by a gaggle of grad students in black masks, a shivering, shirtless ectomorph. I’m pretty sure he got something out of the experience — possibly pneumonia. As for those of us stuck in the audience, well, the beer wasn’t nearly free enough.

Hannah Horvath — the lead character of Girls, which returns this Sunday night at 9 p.m. Eastern on HBO — knows what I’m talking about. Or rather, she doesn’t but she probably should. Wielding first-person essays like nunchakus and trampling friends and enemies under the weight of her unformed ambition, Hannah is as committed as she is clueless. “I have tried this whole thing of being selfless,” she declares at one point in the second-season premiere. (This from the woman who introduced herself to audiences a year ago by swigging opium tea and begging her parents for more money in order to become “a” voice of her generation.) “I’m an individual!” she bellows. “I feel how I feel when I feel it!” In other words: She is something! Hear her roar!

Of course, 26-year-old Lena Dunham is also plenty young and plenty interested in sprinting after her muse. But quite unlike her alter ego, Dunham’s somehow managed to strip the vanity from her self-expression. Of all the criticisms that greeted Girls‘ debut last season, the one that rankled most was the suggestion that there was something sour and solipsistic about this bighearted exploration of four young women navigating sex and the city; that Dunham’s stories of hookups and screw-ups were nothing but the masturbatory retweets of a coddled, bloggy generation. This struck me as a prime example of mistaking the character for the creator. Dunham may constantly show her navel — and just about everything else above and below it — but she’s rarely gazing at it. Rather, the first season demonstrated Dunham’s remarkable (and remarkably mature) ability not only to strip-mine her own experience for material but also to process it. It’s a crucial, self-aware step that allows her to maintain deep sympathy for the twentysomething travails of Hannah and her pals, but also a healthy sense of humor and a necessary dollop of perspective. From the four episodes I’ve seen of this expansive, hilarious second season, Dunham’s discovered a way to make oversharing feel downright generous.

The second most perplexing reaction to the first season of Girls was that it was great. Oh, there were moments of greatness, sure — the crack-smoking, bottle-smashing party in Bushwick; the oddly lyrical surprise wedding; the still-transcendent scene in which Hannah and Marnie close their respective chat windows and dance — but the majority of the first 10 episodes got by largely on potential, not necessarily accomplishment. Growing pains were evident as Dunham learned to widen and adapt her perspective from the big screen to the small; tones were tried, then tossed away like summer dresses at a Greenpoint stoop sale. In this way, Girls mirrored its four heroines: struggling mightily — and entertainingly — to figure itself out before our eyes.

Hannah may still be a work in progress, but Girls no longer is. There’s a dazzling confidence on display in these new episodes, matched by considerable craft. The abundance of bad choices being made on-screen shouldn’t obscure all the good ones occurring off it. Dunham’s writing and acting have improved immeasurably from her Tiny Furniture days, but the real leap forward, to my eyes, is her direction. Sunday’s “It’s About Time” is artful and considered, using soft, natural light to open the season with a gentle nod to the pilot — Hannah continues to have a thing for snuggling with roommates, no matter who they might be — before busting out the strobe.

Girls still splashes around in a deeply hilarious, unquestionably stubborn sort of post-adolescence. Jokes about boogers bump into testimonials about butt plugs; the first scene after the title card involves Hannah’s new beau chasing her through a twee bookstore with a boner. But in Year 2, Dunham’s Brooklyn feels immediately more expansive, more assured, and, yes, more diverse. The beau in question is played, wonderfully, by Community star Donald Glover. And his easy integration into the show suggests that Dunham is maturing at a faster clip than her often stunted characters. Last spring, while the blogosphere was burning, she eloquently admitted that the lily-white Girls could use more color. But Glover’s Sandy is no token: He’s a low-key conservative who calls Hannah on her lazy liberalism: “Oh, I’ve got a fixed-gear bike and I’m gonna date a black guy … ? All that bullshit? I know it. I’ve seen it happen.” On Sunday, when a party foul is committed by a guest old enough to have voted for Hillary Clinton’s husband, Hannah exclaims, “I hate grown-ups!” But more and more, Girls is willing to confront the messy business of becoming an adult.

Freed from her relationship with the recently run-over Adam — though not her sense of responsibility; he’s no longer peeing on her in the shower, but she is changing his bedpan — Hannah is flying high. Occasionally, as when she’s chasing bloggable memories for content-starved websites, she’s high in other ways, too. Accompanying Hannah on her journey of selfish discovery is her gay ex-boyfriend Elijah, played by Andrew Rannells, professional supernova. It’s a credit to Dunham and her co-showrunner, Jenni Konner, that Rannells, so toxic on The New Normal, is put to such brilliant use here. He’s equally delightful whether he’s snorting coke off a toilet seat or anointing Wendi Murdoch his spirit animal.

Meanwhile, former BFF Marnie, like most finely tuned success machines, has seen her engine sputter on the streets of Manhattan. Trapped between a mother who wants to be friends (played by Rita Wilson as Marnie’s age-inappropriate Pinot Grigio–sipping doppelgänger) and a friend who can’t stop judging her, the would-be Gallery Girl has become a disasterpiece. Allison Williams’s performance is both sly and smart, able to make Marnie’s flailing entitlement somehow sympathetic. She’s not the sort of person who screws up like this — mistaking bad sex for good art and old boyfriends for new. But here we are. And Jemima Kirke’s Jessa and Zosia Mamet’s Shoshanna, initially presented as more broadly comic, are each spun in surprisingly resonant new directions: The former is forced to confront the limits of both her own free-spiritedness and of guest star Chris O’Dowd’s charms, while the latter rushes from deflowering to cohabitation, experimenting with the occasional, confident period at the end of her usually uptalky pronouncements.

In the podcast we recorded this week, Jenni Konner joked with me about how much of the Girls backlash could have been avoided if they’d only left the “s” off of the title. And she’s not wrong: The show is exponentially better now that it feels firmly committed to telling the story of these four flawed and surprising characters, not whatever archetypes they may represent. But in its second season Girls truly does feel generational. Not so much in the millennial minutiae that pepper the scripts like exclamation points on a HelloGiggles post (incomprehensible emojis, organic pad thai), but in the overarching sense of discovery. The show’s context, pilloried a year ago for its monochromatic color palette, is gradually widening in a way familiar to anyone who has ever moved to a big city. Old friends and exes (people you’ve known for four whole years!) haunt the margins while opportunity and catastrophe often arrive wearing the same porkpie hat. Everything is at once the end of the world and the beginning of something new. (As for people still complaining about the obvious privilege on display, I’m not sure what to tell you. No one worked much on Friends, either.)

In recent years, we’ve come to equate storytelling perversity with bravery on television; there’s an incessant push toward making the good guys bad and the bad guys worse. What excites me most about Girls is that its toughness doesn’t come with a body count — unless you start considering the growing number of notches in Hannah’s bedpost. Like the older, maler auteurs of pay cable, Dunham pokes unflinchingly at her characters’ sloppy mistakes and casual cruelty but — and I think this is key — she’s also willing to forgive them. In the third episode, Dunham stages a bra-less dance party to a blitzkrieg Icona Pop song. Hopped-up and giddy, seconds away from a devastating revelation, Hannah sings along, shouting out the dig at those born in the ’70s and the boast about being “a ’90s bitch.” The chorus goes: “I don’t care! / I love it!” Hannah is playacting the first line. What makes Girls great is that Dunham is all about the second.