The 30: Armed and Dangerous 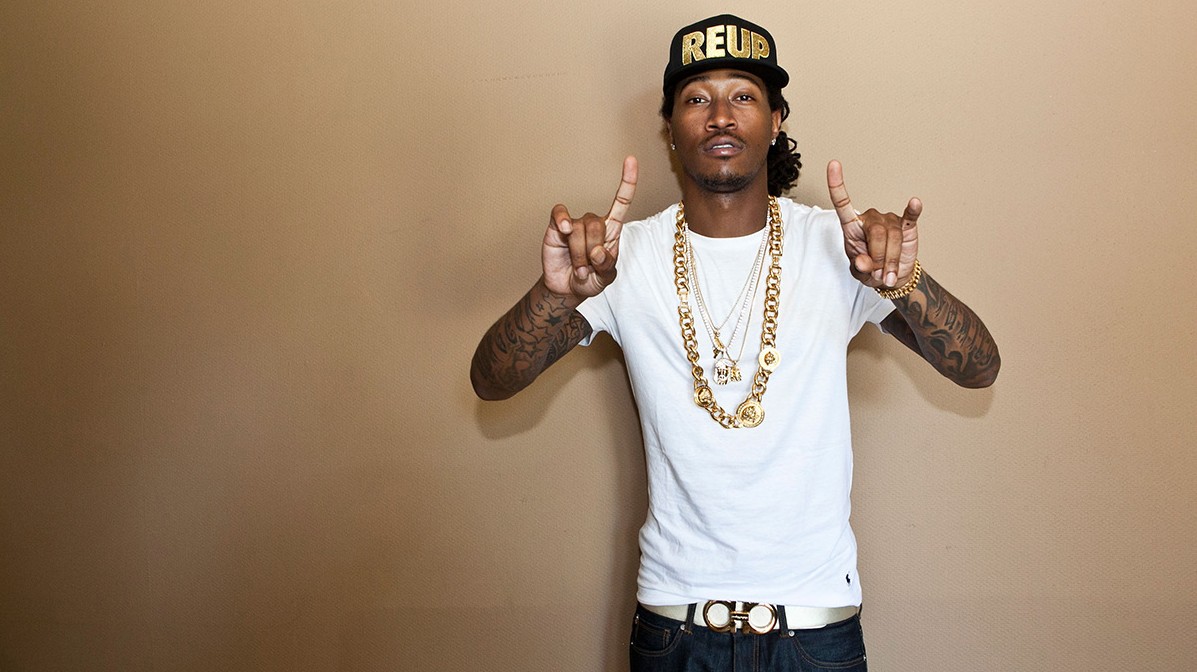 What happens to a weirdo once that weirdo is absorbed by the mainstream? Is it possible to be an “outsider” and massively popular at the same time? Is oddness extrinsic or intrinsic? Does the public saying “Join us” to an artist saying “I’m an individual” irrevocably alter the individuality of that artist?

These questions are fundamental to the history of pop music. Anybody who was ever initially perceived as “different” or even “revolutionary” and then came to be known as a “superstar” or even an “institution” has had to wrestle with these issues in some way. In order to be a pop star, you have to be unique. But being run through a mass-media filter dilutes that uniqueness. You could call this a paradox, but it’s really just a massive pain in the ass for creative people.

Generally speaking, there seem to be three different options here:

Option 1: The weirdo confronts mass acceptance by getting even weirder, with the explicit (or barely implicit) purpose of alienating the public and therefore maintaining his or her core otherness. Examples: Kurt Cobain writing a song called “Rape Me” on the follow-up to the most acclaimed album of its time. David Lynch turning a culturally dominant prime-time drama into a painful, occasionally unwatchable big-screen meditation on incest and murder. This option only works if you plan on dying young or making a comeback film a decade later about beautiful lesbians who investigate crimes and enter tortured love triangles with Justin Theroux.

Option 2: You make “weird” your brand, but in a friendly, more pop way than Option 1. This is post–Tha Carter III Lil Wayne or pre–hospitalized in a medical facility Gary Busey. This option works only if you are resigned to the public taking you progressively less seriously with each new lazily uttered guest verse or season of The Celebrity Apprentice.

Option 3: You continue to be weird but mostly as a symbolic gesture — or possibly as a “comment” on weirdness. In reality, you have accepted that it’s no longer realistic to affect an underdog stance, and instead fully embrace the role of world-conquering, audience-uniting pop star. This is Lady Gaga, but only during her Born This Way phase.1

The latest person to face this classic conundrum is Atlanta rapper Future, whose second LP, Honest, finally arrives today after a protracted, sometimes haphazard promotional rollout. Much has already been written about Future’s previous album, 2012’s Pluto, and his highly idiosyncratic use of Auto-Tune. Future’s animatronic yawp does not seem of this Earth, but strictly of his Earth.2 On Pluto, Future often seemed like a guy who maybe could not rap or sing particularly well, but was a genius at melding technology, his own peculiar sensibility, and the beats of producers like Mike Will Made It (who’s back as Honest’s executive producer) in such a way to make it seem as if the final 20 minutes of Close Encounters of the Third Kind were unfolding just south of his esophagus.

If you haven’t heard Pluto or hate contemporary pop music, you might assume Future’s use of Auto-Tune is a bad thing, and that he was somehow compensating for a lack of talent with a device designed to provide mediocre vocalists with an assembly-line sheen. But, in fact, the opposite was true: Future sounded only like himself. Pluto was similarly exuberant and transportive, so long as you were willing to step inside Future’s handmade spaceship and set the coordinates for a distant, imaginary universe.

A 30-year-old Haitian American MC with ties to the Outkast-affiliated Dungeon Family collective, Future was an easy guy to cheer for. And Pluto’s tremendous critical and significant commercial success — slowly but steadily, it moved more than 360,000 units — was encouraging for those with an affinity for goofball visionaries. I knew I was a Future fan the first time I heard “You Deserve It,” where Future rap-sings about his little cousin calling from school to assure Future that he has the right to be a star. The implication was that this guy needed to take his encouragement wherever he could find it, even if his C.V. was padded with references from family members.

Incredibly, a rap career is exactly what Pluto forged for Future once “Turn on the Lights” became a top-five smash on Billboard’s rap charts in the wake of three preceding singles going Top 20. By 2013, Future had fully descended on pop radio, appearing on hits by Lil Wayne, Ace Hood, Rich Gang, and Rocko, among literally dozens of other guest spots. Even the Beatles and Stones of debauched millennial Molly pop, Miley Cyrus, Justin Bieber, and Rihanna, hired Future to do his Future thing on their records. Suddenly, Future himself was being utilized by other artists as an instrument of sorts, and a trendy one at that.

Rest assured, Future is no longer seeking counsel from his little cousin. At Honest’s midpoint, he spends time with none other than Kanye West. (Drake, Andre 3000, Pharrell Williams, Wiz Khalifa, and Pusha T also appear on the record.) Clearly, Future’s days of devising new galaxies where he might rule are behind him. This star system now suits him just fine.

Kanye and Future address each other as colleagues. They discuss the usual captain-of-industry stuff, such as the merits of the asses attached to their respective significant others — Ciara for Future and duh for Kanye. Future is in privileged company and it sounds like he belongs. The title of the song affirms this: “I Won.” But what has he lost? 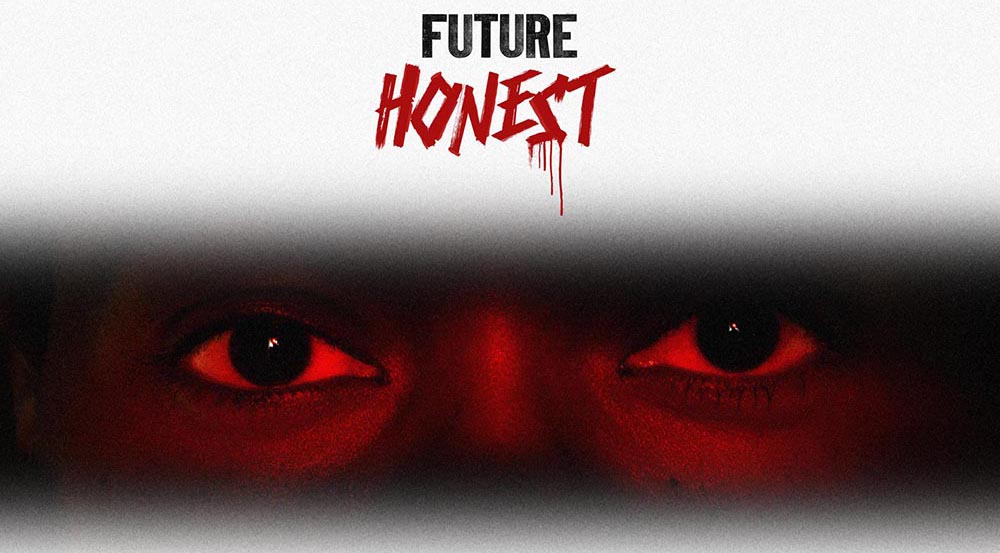 Circling back to the post-acceptance options for rehabilitated outcasts, Honest avoids Option 1 and mostly splits the difference between Option 2 and Option 3. To be fair, this was probably his most sensible choice. Just by virtue of being himself, Future is a pop formula, though at its best Honest demonstrates that he still deploys that formula better than the growing vapor trail of imitators floating in his astro-stream. The first four tracks in particular are (musically at least) as ecstatic as anything on Pluto. In this sequence, “Look Ahead” deviates the most from Future’s postapocalyptic, minimalist trap blueprint, with a stirringly soulful sample from Amadou & Mariam and Santigold’s “Dougou Badia” that immediately positions Honest as a wide-screen, big-budget alternative to the arthouse-like Pluto.

Future still uses Auto-Tune to sound both like an immortal extraterrestrial and an emotion-choked human being who wishes he were an extraterrestrial. If anything, his perverse humanity is even more pronounced on Honest. The LP’s most affecting song is “I Be U,” an aching ballad composed of gently sobbing beats and dial tone synths that observes a passionate love affair from a painfully long distance. “I see you,” Future says, seeing but not really seeing, his voice cracking into 140 shards of digital glass, each cutting deep and drawing blood.

But Honest is even more striking for how Future doesn’t use Auto-Tune. Like on “Look Ahead,” when he can be heard, clear as a throaty garble can be, ruing the potential impact of his success on his art: “Was it cold nights that made me cold / do the stress increase my hunger / tell a lie, then make a promise?” he asks rhetorically. Honest suggests that, contrary to feeling hunger, Future is now overfed. Like so many triumphant iconoclasts before him, Future’s success has isolated him behind towering piles of newly earned spoils.

Honest is less consistent than Pluto, and inevitably it seems less fresh. But what’s most troubling, even about the songs that I like, is the record’s underlying sourness. A recent Rolling Stone profile portrayed Future as a reclusive workaholic, recording at all hours and constantly moving from one studio to the next. Future claimed that he has thousands of songs in the can, and scores of unreleased mixtapes. In the story, Future’s studio-bound lifestyle is given a redemptive spin — it kept him focused and off the streets when he was developing his distinctive style. In a way, being reclusive is Future’s style, given the hermetic quality of his music and lyrical perspective. His music is often described as “druggy”-sounding, but the actual intent seems to involve conveying specific sonic tones that exist solely in Future’s head.

“The most calmest place I can be is the studio,” he told the magazine. “And like, I stay in there ’cause I know when I come out it’s back to reality. Man, if you’re angry all day, man, stay in the studio.”

There’s evidence on Honest that Future did not fully shed that anger in the studio. After the zonked-out wit of Pluto, Honest comes off as dispirited in places. When Future boasts, “I’m a rock star for life, I’m just being honest” on the title track, it seems desultory, not celebratory. Or on “My Momma,” where Future spits, “Enjoying my life to the fullest, the fuck you mean n—-?” There’s nothing on Honest that approaches the endearing silliness of Pluto’s “Astronaut Chick.” Future is instead preoccupied with women taking what’s his away from him, and hiring and firing the lawyers he has tasked with protecting his budding empire.

The hostility carries over to the album cover, on which two glaring, red eyes stare out from a narrow opening. It’s a look that says, “Leave me alone.” This, too, is a fundamental narrative at pop’s core: I got what I wanted, but lost what I had. Future still has energy, vision, and, most abundantly, songs to burn. The optimistic view of Future’s creative prospects is that he appears more determined than ever to push his music into whatever terrain (musical or emotional) his singular instincts point him to. I just wish for Future’s sake that he enjoyed Honest’s journeys into the beyond a little more. For Future, space is no longer a place of wonderment, but of self-imposed, ambivalent solitude.