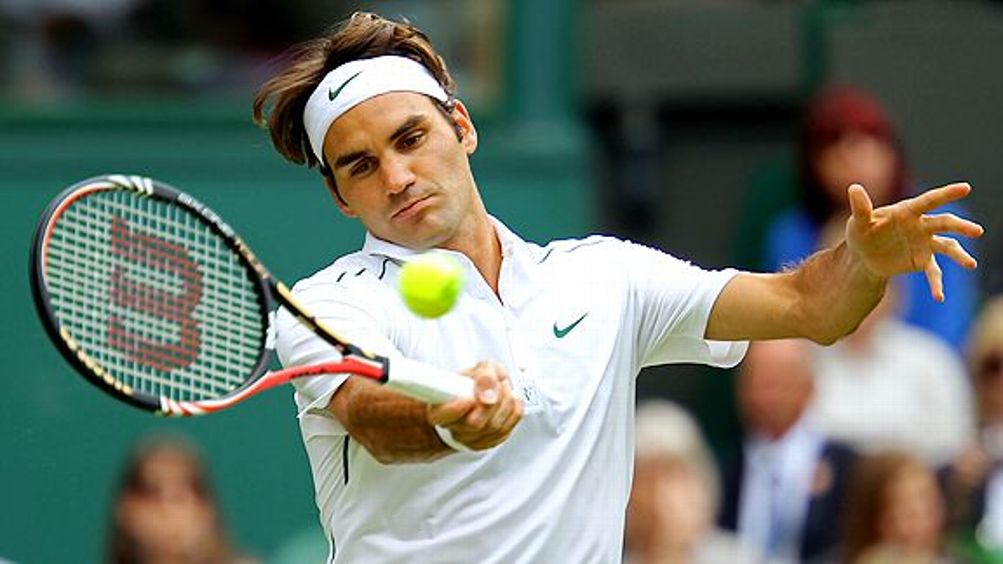 A couple of nights ago, I stayed up late watching Wimbledon (2004, Paul Bettany/Kirsten Dunst) to get myself ready for Wimbledon (2011, Roger Federer/Rafa Nadal). Wimbledon is a romantic comedy about two professional tennis players, named something like Charming O’English and Spunky McAdorable,1 who fall in love while all around them people eat cucumber sandwiches and repeatedly say the word “fortnight.”2 Wimbledon is also unique among romantic comedies, and works of narrative fiction overall, in that it offers essentially no conflict. Charming and American meet cute,3 like each other from the start, and spend most of the movie uncomplicatedly enjoying each other’s company, with just a little pushback from, you know, tennis and the paparazzi and American’s ultimately pretty-wise-and-unmanipulative tennis dad, played by Cardinal Thomas Wolsey.

The message of Wimbledon seems to be that if you’re the star, it doesn’t take much conflict to pass an enjoyable two hours, and in that sense, Roger Federer’s first-round win over Mikhail Kukushkin on Tuesday was the Wimbledon of Wimbledon matches.4 Kukushkin put up a little resistance early, but went down easy in the first-set tiebreak, and then watched Federer roll to an increasingly pleasant and drama-free victory. Here’s a representative moment: In the second set, leading 3-2 and with a break already in hand, Federer rips a backhand to Kukushkin’s ad corner. Kukushkin returns it all the way across the diagonal length of the court — a good shot, but one that leaves him way out of position. While he scampers to the right, trying to get to someplace where he can conceivably parry whatever Federer will send back, Federer pauses, lets the ball hang in the air for what feels like 10,000 seconds, then — Kukushkin now having scurried too far to the right — murders him with a soft, soft backhand to the exact same ad-corner spot where his last shot had landed. Four-two in the second, en route to 7-6(2), 6-4, 6-2. It was that kind of match.

Obviously Federer, an all-time great whose best surface is grass, was always a good bet to clean out Kukushkin, a 23-year-old Kazakh whose best surface is the lightless obscurity from whence he sprang. Early-round Wimbledon matches tend to be cake for the top players anyway,5 so if you’re watching at home, you look for whatever bright spots you can find. Easily the most magnificent thing about Federer-Kukushkin was the word “Kukushkin” itself, which, with its ample vowels, its trippy k’s, and its long, refreshing shhhh, is delightful to type, hear, and say. During some of the late rallies, I jotted down notes such as It sounds like a pig being thrown off the side of a cruise ship and It sounds like the devil cracking a 7-Up in hell. Not to get too far off-topic, but in real life, there are only three things a person is likely to say after hearing the sound “Kukushkin”:

So that was enough to keep me happy.7 And it didn’t rain. As far as Very Significant Storylines go, though, unless you’re a Williams sister, you’re going to have to wait a couple of rounds before we’re likely to hit dramatic, or even plausible romantic-comedic territory. Sometimes winning a tennis match is a little like paying off college loans — when you get close to the end, it’s easy to make the extra push8 you need to finish the job, but when you’re down two sets and a break or staring at 10 years of payments, it’s harder to give more than the cautious minimum. In the early rounds, the top players are essentially starting with that late-game feeling that they’ve got two payments left and can find the money any time. Their opponents can’t believe they’ve just borrowed a hundred grand and didn’t even get a boat.9

Wimbledon starts soft and (unlike Wimbledon) gets louder as it goes on. But for now, Kukushkin goes back to practice, or Kazakhstan, or the ambient soundtrack of Coke commercials, while Federer moves on to play 55th-ranked French lefty Adrian Mannarino, as simple as falling in love with the person the script says you’re in love with.