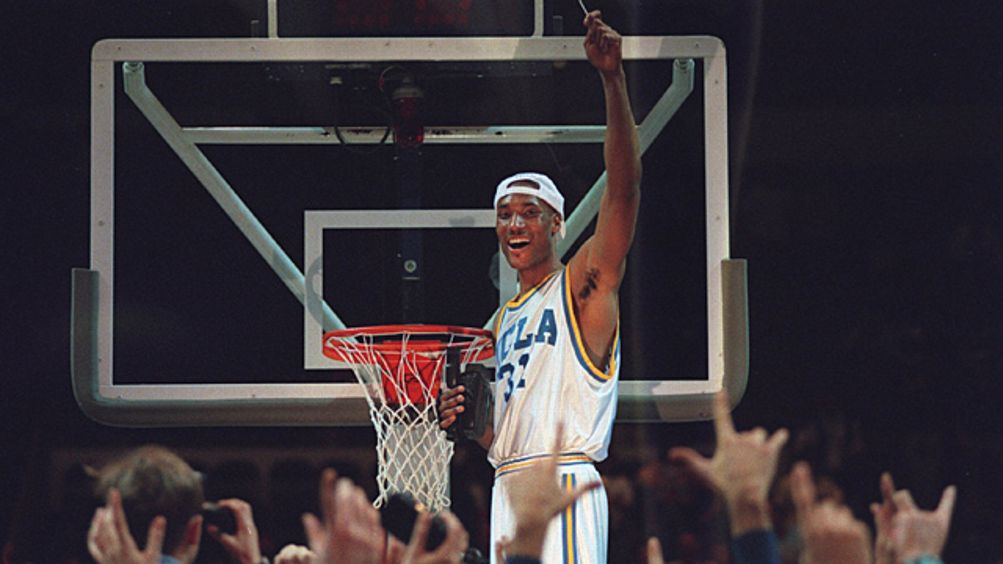 By and large, the people charged with running our various sports conglomerates have proven through history to be as incapable of taking the long view of their own survival as the average brachiosaurus was. They blunder around, eating whatever comes under their noses, trampling the scenery and hooting loudly into the wind. They never see the meteor coming.

Years before baseball’s reserve clause finally fell of its own historical inequities, Bill Veeck told his fellow owners that they should get rid of it themselves, so as to cushion the shock and to manage the aftermath to their own advantage. He was ignored and, when various courts and arbitrators blew up the system, baseball descended into a chaotic labor-management nightmare that (in many ways) has yet to resolve itself. I thought of Veeck last month when a couple of things happened that made it even more plain that the meteor is coming for college sports, and right quickly, too.

First, Mark Emmert, the president of the NCAA, announced new rules for the recruitment of college athletes. One of the new guidelines stipulates that athletes can receive $300 per year beyond their normal expenses to attend non-scholastic events. This is a modified version of the “stipend” that long has been the compromise position between the egregious status quo and a more equitable sharing of revenues between the various universities and the uncompensated labor force that does all the real work. It is also nonsense. Once you let athletes have money simply because they are athletes, no matter how little it is and no matter what you call it, you’re into pay-for-play and that’s the ballgame. Not even the NCAA, which has a gift for obfuscation that rivals Richard Nixon’s on a good day, can argue seriously that paying an athlete $300 is ethical, but that paying him or her $500 or $1,000 — or $10,000, for all that — is not.

The NCAA has found itself and the system over which it presides under increasing public criticism. People outside the community of sports have joined those of us inside it who have been banging our heads against this particular wall for 30 years. Joe Nocera of the New York Times has spent as much time talking about the NCAA in his column as Tom Friedman has spent talking about his conversations with Lebanese cab drivers in his. And historian Taylor Branch took the hide off the organization in a long piece in The Atlantic in 2011. The recent action by Emmert and the NCAA panjandrums looks in that context like simply a delaying action against the inevitable. But the meteor they never saw coming is the one that’s gathering steam in a courtroom in San Francisco. If that one hits, and it’s more than likely that it will, it will be an extinction-level event for college sports as we know it.

Last week, U.S. District Court Judge Claudia Wilken denied the NCAA’s motion in an antitrust lawsuit brought against the association by former UCLA All-American Ed O’Bannon and a number of former college athletes in 2009. At issue is the NCAA’s right to profit forever from the names, images, and likenesses of the people who play the games without compensating the players at all. (The suit was kicked off by O’Bannon’s anger that his likeness had been used in an NCAA-licensed video game.) The NCAA sought to deny O’Bannon and his fellow plaintiffs — who include both Oscar Robertson and Bill Russell — standing as a class to challenge the NCAA on antitrust grounds. (A class-certification hearing is scheduled for June.) Wilken ruled for the players and allowed the case to proceed. If the court were to eventually decide in favor of the plaintiffs, it would force the NCAA to fork over billions of dollars in television revenues and licensing fees. It could also force the development of a more equitable system in which the people who do the work get a decent share of the profits. All the profits.

This has always been the weakest part of the NCAA’s case. It could argue that players should not be paid, based on the spurious notion that they are getting a college degree out of the deal in exchange for having a 40-hour-a-week job that requires them to travel all over the country. (I didn’t have one of those jobs until I was 28. If I’d had one in college, I guarantee you it would’ve taken me a decade to get my degree.) There was a sort of logic there. At the very least, on the surface — and provided you squinted hard enough — you could perceive something of an even swap in the deal. As the TV revenues soared and marketing opportunities boomed, the deal got all out of whack. It was preposterous to claim, as the NCAA does, that, just because Ed O’Bannon played four years at UCLA, the NCAA somehow can profit off of his likeness for the rest of his life. There simply never has been a compelling moral or ethical argument that the NCAA and the university had an inalienable right to every last nickel they could squeeze out of the work done by their student-athletes. In fact, to be eligible to play, athletes have to sign papers waiving their rights to profit from their own names and their own faces. It has always been the crack in the foundation of the NCAA structure because, of all the self-evident absurdities of how college sports are run, this one was the most obviously comical. Nobody can squint hard enough to make this make sense.

Back in the 1990s, it was the Fab Five at Michigan who first started raising holy hell. The university marketed the daylights out of that team and the players never got a piece and, as we all learned later, that was a pretty money-savvy bunch there. At the same time, and at what was perceived to be the other end of the spectrum, Duke was making a lot of money selling jerseys with the number 33 on them, simply because Grant Hill happened to wear that number at the time. The NCAA gets to take your face, slap it on some caricature on a video game, market it worldwide, sell it forever, and you don’t get to share in the profits? Selling that in the United States Of I’ve Got Mine, Jack? Please.

There was a time, and not that long ago, when a soft landing could have been arranged. Just as the question of ancillary profits was always the weakest part of the case for the status quo, a commonsensical deal cut on the basis of those profits also could have been the easiest way out. You get the scholarship, we get your work and the gate revenues derived from it. But, if you play well enough that we can sell your jersey or your picture — or, more controversially, if you play well enough that we rake in the big TV money — you get a good slice of those extra revenues, which we will put into a temporary trust for you after you graduate, and from which you will continue to profit as long as we still use your likeness. (O’Bannon’s lawyers made just such a proposal a key part of one of their motions against the NCAA.) Hardly anyone would have complained, even though some adjustments would have to have been worked out as regards the non-revenue sport athletes and the provisions of Title IX. The point is that a deal could have been struck, just as baseball could have diminished the impact of the collapse of the reserve system. But that time has passed.

This is the one they can’t stop. There’s no negotiating a way out. There are no teenagers to intimidate, no coaches to knuckle, no administrators to cajole, no probation to be levied. The athletes have found a fair and level field on which to contest the NCAA’s control over their lives, and the stakes are as high as they can be. And the public has started to turn around on the issue, too. For the NCAA to survive in its current form, it has to win this lawsuit or get the lawsuit dismissed. There’s no third alternative. The NCAA can’t settle and then go back to the status quo ante. It can’t pay off O’Bannon and Russell and Robertson and all the rest of them, and then start business as usual again as regards Cody Zeller or Kenny Boynton. If it loses the lawsuit, the effect on the NCAA’s financial structure would be profound. About which, at this point, the device has not yet been invented capable of measuring how little I care. Instead, I stand aside and listen to the stomping and the hooting from the thick Cretaceous rain forest, which is just loud enough to drown out the high whistling sound of something coming down from the sky.