Running Out of Luck 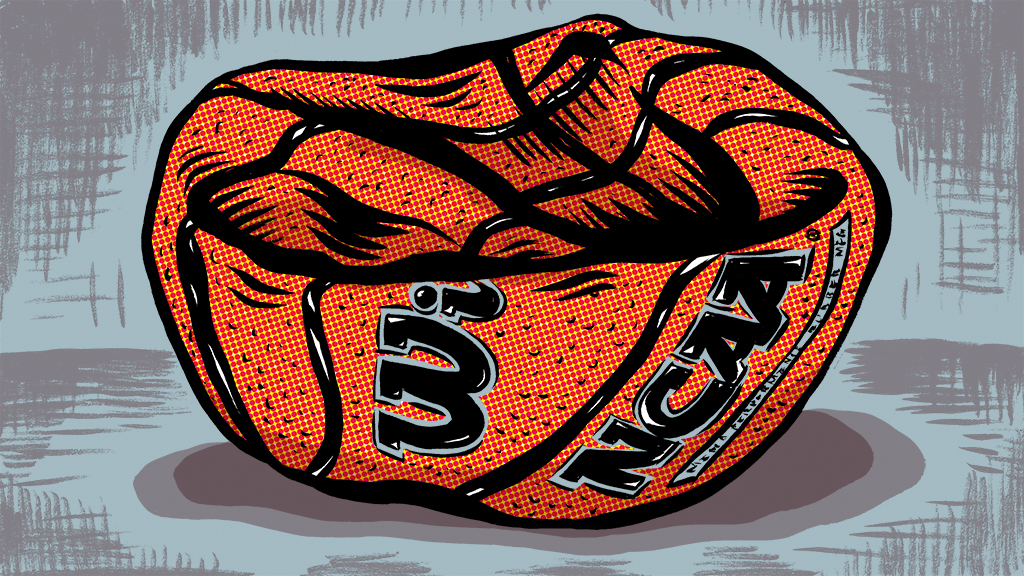 The good stuff first. Late Friday afternoon, Judge Claudia Wilken up in Oakland, California, handed down her decision in O’Bannon v. NCAA, the case that former UCLA basketball star Ed O’Bannon and an exaltation of other plaintiffs brought against the governing body of college sports. At issue was the athlete’s right to own his or her own image for marketing purposes and, in a far larger sense, the NCAA’s right to prevent athletes in the showcase sports from sharing in the profits their labors produce. In her 99-page decision, Judge Wilken hit the organization over the head with a big bag of obvious.

Yes, the NCAA is a cartel. Yes, its policies do restrain trade in an unacceptable manner.

The Court finds that the challenged NCAA rules unreasonably restrain trade in the market for certain educational and athletic opportunities offered by NCAA Division I schools. The procompetitive justifications that the NCAA offers do not justify this restraint and could be achieved through less restrictive means.

Yes, elite athletes at FBS championship schools and at Division I basketball schools are a different class of employee than other athletes at other schools.

Yes, the NCAA’s ability to cut deals with television networks and video-game manufacturers is a preposterous violation of the spirit of the antitrust laws and a laughable intrusion on the individual rights of the athletes.

Accordingly, the Court finds that, absent the challenged NCAA rules, teams of FBS football and Division I basketball players would be able to create and sell group licenses for the use of their names, images, and likenesses in live game telecasts.

In other words, the NCAA’s entire reason for being is as a conspiracy to restrain trade. Its legitimacy as a governing body of anything is as questionable as people always said it was. At its most profitable levels, the NCAA exists solely as a business partner of television networks and major corporations, and its activities as such have been conducted in an unacceptable manner. This is something that people have been saying for years; something that has been hiding in plain sight for decades. Judge Wilken — who at one point in the proceedings seemed unclear on exactly what a “conference” was — just called the facts out for what they were.

And then things got weird. Judge Wilken ably described the profitable consequences of the paternalism toward its athletes that is at the heart of all NCAA regulations in this regard. She then decided to leave that paternalism intact in one important area. She ruled that the NCAA and its member institutions should put money in trust for their athletes, and she mentioned that the trust might be, oh, say $5,000. She also ruled that schools could choose to offer less money in trust, but that they could not conspire with each other to do so. (What’s the over/under on the number of milliseconds it will take for that to happen sub rosa anyway, injunction or no?) The problem is that the section of the ruling concerning the cap is so unclear that whether the $5,000 number on the trust is a floor or a ceiling depends vitally on which Google link you happen to click. Lawyers from both sides are howling for clarifications, and even the NCAA seems utterly baffled by multiple aspects of the ruling. Nothing about college sports ever is going to be uncomplicated, it appears.

The confusion on the trust funds seems to indicate that Judge Wilken took seriously one part of the NCAA’s case — that allowing the compensation sought by the plaintiffs could result in a price war among the schools in question. But, in the context of her entire ruling, in which she refers to further necessary reforms being the province of the NCAA or even (horrors!) Congress, capping the compensation can be seen as her attempt to give the NCAA one last chance to confront that big bag of obvious before someone else forces the NCAA to do so. The trust fund is the last lifeboat left on a foundering ship.

Shortly before Judge Wilken handed down her ruling, the NCAA changed its rules to give increased autonomy to what are called the “Power Five” conferences: the SEC, ACC, Big Ten, Pac-12, and Big 12. (For reasons known only unto God, it also included Notre Dame, which shows that the NCAA’s surrender to the concept of The Brand has been unconditional.) In theory, this allows the schools in those five conferences to benefit their athletes without facing the wrath of their smaller NCAA brethren. There are still about a quadrillion things that could go wrong with this plan, not the least of which is the fact that the Power Five still have to compete with each other and, as any good fan of Japanese sci-fi movies can tell you, when the great beasts go to war, it’s the small towns on Honshu that get wrecked. But it seems painfully clear that the NCAA threw this new arrangement together at least partly as a preemptive measure against Judge Wilken’s court and whatever might be coming down the pike later in other courts or even (horrors!) Congress.

It has been a long time coming, but the NCAA is a wreck now. It has spent the last three years being battered from dozens of directions — for reckless profiteering, for inexcusable tardiness in confronting everything from sexual assault to post-concussion syndrome, and for the arrogant blitheness with which it publicly tried to minimize these problems. But when Shabazz Napier took the microphone after having been named the Most Outstanding Player in last season’s Final Four and he called out the NCAA, you saw the biggest change of all — and the most encouraging one, as well. The athletes themselves increasingly are taking charge of the reform effort. Whether it’s Ed O’Bannon’s suit, the attempts at Northwestern to organize a players’ union, or acts of defiance like Napier’s, the NCAA is confronting a generation of media-savvy athletes who understand the system better than the men in the blazers do. There is something karmically just in the fact that the O’Bannon case essentially was about video games, as any parent who has gotten his ass kicked at Madden by a 13-year-old can testify.

It no longer matters what “reforms” come from the NCAA now. Nor does it matter how Congress may involve itself. Nothing will happen to change the structure of college sports now without the consent of the athletes who play the games. To borrow a phrase from an earlier revolutionary, they have it within their power to begin the world anew. The most interesting question is, will they actually do it?

The attempt to unionize the players at Northwestern is still unsettled, but the idea is now in the mainstream and, sooner or later, a union drive will succeed. And there are already more lawsuits in the works, some potentially even bigger than this one. There will be more Shabazz Napiers speaking out, because now there is a media less willing to swallow the luxurious blandishments of the NCAA and more willing to listen to its undercompensated employees. The NCAA says it’s appealing Judge Wilken’s ruling as far up the legal food chain as it can, but it will do so through a system now embedded with the notion that the NCAA’s essential character as an institution is hopelessly flawed, and its economic model hopelessly restrictive.

Ultimately, Judge Wilken’s ruling is a clarifying document. It validates the case that critics of the NCAA have been making for decades, and it closes off any avenue through which the NCAA might ignore those critics. It sets the first boundaries for a new world. And, while its tepid endorsement of the NCAA’s paternalism is unfortunate, that also would seem to be the most fragile element of the matter. The moral case for not paying revenue athletes a portion of the money their work brings in has utterly collapsed, and it is incoherent to say that paying an athlete a few thousand dollars in trust for each year of an athlete’s work is proper, but that paying the athlete more than that, and sooner, is not. All that provision in Judge Wilken’s ruling means is that she is giving the NCAA one last chance to reform itself. The scramble for seats on the last lifeboat is not going to be a pretty one.