Regulation Wormholes: The Absurdity of the NBA’s Half-court Rule 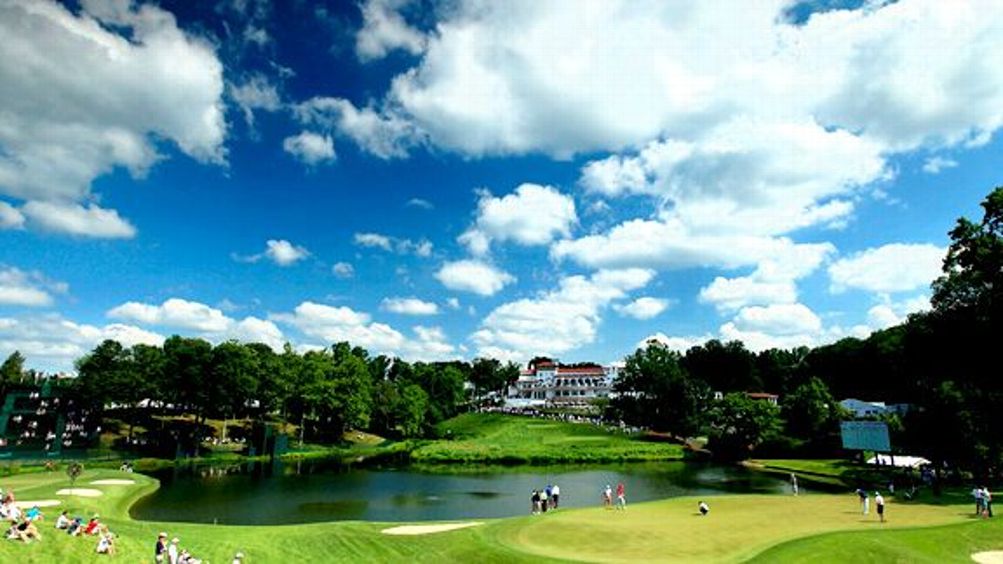 On a scorching June morning, a black GMC Suburban and a Savannah van convoyed up a winding driveway in Bethesda, Md., marked with “members only” signs. The cars climbed a hill overlooking cross-checked fairways and baize putting greens to the stately clubhouse of the Congressional Country Club. Ernie Els, who won the Open here in 1997, lumbered out of the front car’s passenger seat, unloaded his clubs and, in his breezy, slightly inscrutable South African accent, recalled the privilege of competing against one of the local pros.

“I played with Lindsey Graham,” Els said, referring to South Carolina’s Republican Senator, who averages about 20 strokes more than Els per round. “He knows his game.”

“If those fairways could talk!” said Graham. “Who the hell knows what wars have been started or ended out there?”

The club certainly has its fair share of historical walk-ons. It was the scene for some of Lyndon Johnson’s legislative arm twisting,1 the nascent CIA’s World War II spy training, and countless rounds of horse trading between lobbyists, businessmen, and elected officials. But Congressional, which counts zero members of Congress among its members, is ultimately the most Washington of golf courses because of its tendency to self-promote and magnify its own political clout.

“Congressional is sort of the wannabe power center of golf courses in the D.C. area,” said Don Van Natta, author of First Off the Tee: Presidential Hackers, Duffers and Cheaters from Taft to Bush. “From its beginnings to today, it doesn’t attract as many rounds of congressmen and senators as some other courses do.”

The most powerful golfers in Washington rarely visit Congressional’s greens. Vice President Joe Biden, a single-digit handicap, has never played there. House Speaker John Boehner, another accomplished player, is not a member. On Saturday, when President Barack Obama and Biden play against Boehner in the so-called “golf summit,” it won’t be at Congressional. Obama and Boehner will have to haggle over mulligans and fiscal responsibility on a different course, partly because the Open will be in full swing, but also because the politicians wouldn’t want to cause an “interruption” on Congressional’s august grounds, according to John Lyberger, Congressional’s Director of Golf.

The course came into existence when two Indiana congressmen, Oscar E. Bland and O.R. Luhring, were driving through Bethesda with their wives when struck by a vision of hobnobbing in the surrounding farmlands. According to their 1921 prospectus, they imagined a place “where talk has no fetters and where exchanged opinion leads to clarity.”

During World War II, the federal government provided a boost by renting the club and using it as a training facility for the Office of Strategic Services, the precursor to the CIA. “They practiced hand-to-hand combat training, artillery fire, paratrooper exercises,” Lyberger said. “I’m sure there was spy training and stuff like that.”

The course was designated “Area F,” and the agents-in-training were members of Operational Group. Most were second-generation Americans fluent in Norwegian, Italian, French, Greek, and German who had volunteered to go behind enemy lines, and they used the greens to practice running obstacle courses, conducting reconnaissance missions, perfecting hit-and-run commando tactics, and blowing stuff up.

They ripped the course to shreds.

Over the years, the club has become increasingly inaccessible, even to politicians. Prospective members must pay dues that run upwards of $110,000 and endure a multiyear waiting period until a spot opens up. For politicians, who have to stick close to the Capitol for votes and frequently return to their districts to schmooze constituents, becoming a member isn’t worth it. Instead, they show up for special tournaments or rely on invites from friends.

“All my buddies want me to take them to Congressional, and I tell ’em, I’m not a member,” Graham explained. “I’m in Congress but that doesn’t make you a member of Congressional. But thinking about it, it should.”

Congressional’s political pedigree may be overstated, but thanks to this year’s U.S. Open, the power brokers may be drawn back to the course. The tournament-condition fairways are too great a temptation to resist. Graham said that he is currently in negotiations to pick a playing date with Biden, the administration’s point man on debt-ceiling talks and its chief advocate for withdrawing troops from Afghanistan.

Who the hell knows what wars may be ended out there after all.

Jason Horowitz works at the Washington Post. This is his first piece for Grantland.