The Once and Future Kings? 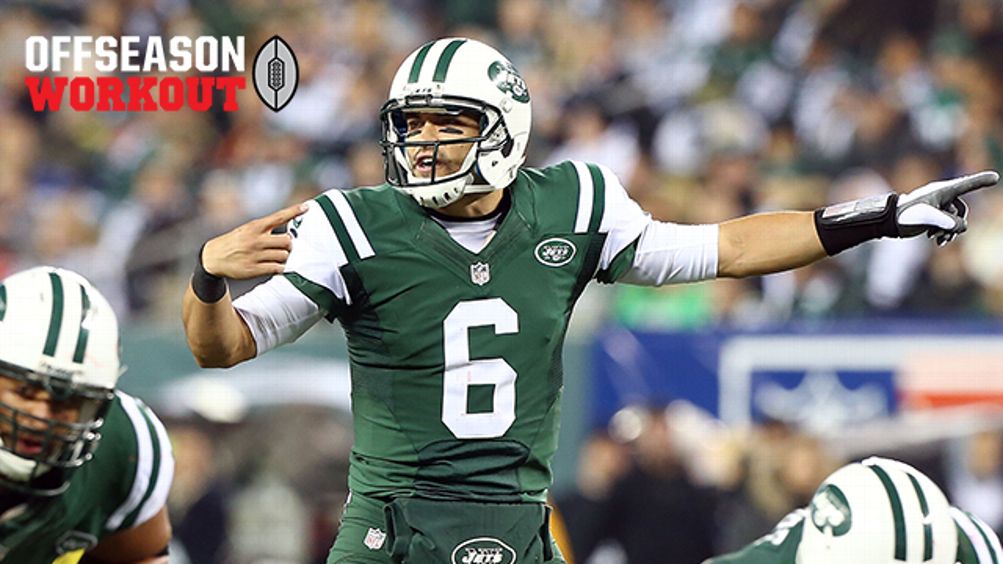 Kickstarter is a wonderful thing. The NFL is a wonderful thing. (Sometimes.) Why can’t we combine them? Because the NFL is overrun with money and has no need for a site that’s most frequently used to crowd-source the funding of creative projects by independent bands, software developers, and exceedingly rich stars of terribly aging movies. Sports franchises do have something resembling crowd-sourced financing, of course, but the difference between the projects on Kickstarter and the tax boondoggles that lead to bullshit like Marlins Park is that you actually get to choose whether you want to donate to a project on Kickstarter. Oh, and you get something in return for your donation, too.

If real NFL Kickstarter campaigns can’t exist, well, I want to create some. There are plenty of NFL causes to which I’d be delighted to donate money. You might already pay for a PSL, parking, and overpriced beers every Sunday, but once you’ve realized the power of Kickstarter and the rewards therein, I suspect you might agree with me. And, hey, speaking of taxpayer-funded stadiums and ridiculous PSLs, look, it’s the Jets!

In a Line: Send Mark Sanchez back to college.

The Premise: It’s hard to think of a quarterback in recent memory who had less seasoning under center before taking over as his team’s starter than Mark Sanchez. Even though he threw just 487 passes and started just one season at USC, the Jets traded up to take Sanchez with the fifth overall pick of the 2009 draft and immediately made him their starter. People got fooled by a great defense and Sanchez’s poise for a couple of years, but he’s become an albatross both on the field and on the team’s salary cap.

The Project: Our Kickstarter effort will send Sanchez back to USC, where he can learn some of the remedial skills he wasn’t able to grasp during his brief time at school. How do we know, for example, that Sanchez ever ran a drill as the starter at school on how to avoid the onrushing ass of an offensive lineman? If anything, this is good for Sanchez’s safety alone. USC has an opening at quarterback after Matt Barkley’s departure, and Lane Kiffin certainly feels like the perfect coach for the Sanchize. Our Kickstarter campaign will pay the NCAA to look the other way on the tiny issue of Sanchez’s “eligibility,” which shouldn’t be a problem considering it’s the organization that makes FIFA look spry and lively.

Notable Donation Levels: For a $2,000 donation, the Jets will add you to the ledger of receivers who were targeted on an incomplete pass by one of their quarterbacks last year. Trust me: Nobody will notice that you weren’t an NFL player. You will blend in comfortably. At the $10,000 level, a member of the 2012 Patriots will come to your house and score a touchdown on you. Queens and Long Island addresses only, please. For more penurious donors, a $500 donation will get you a one-hour seminar with Geno Smith, who will teach you his exclusive method of getting every reporter, armchair psychologist, and anonymous scout to hate you, your body language, and everything about your game, despite having little or no reason to do so.

In a Line: Produce a documentary film of the upcoming Eagles-Patriots joint practices.

The Premise: Bill Belichick is a big fan of Chip Kelly. When Kelly visited the Patriots a few years ago, presumably to get an extra pointer or two on how to run his program at Oregon, it was Belichick who ended up doing plenty of listening. The Patriots have since implemented some of Kelly’s no-huddle offense, reflecting his obsession with controlling the tempo of the game. Now, with Kelly taking over as the head coach of the Eagles, Belichick’s Patriots will visit Philadelphia for two days of closed practices in August, with Kelly noting the request came from Belichick’s side.

The Project: Oh, it’s just the best coach of the past 15 years having two days of practices with the guy who might very well become the best coach of the next 15 years. And sure, these might just be “practices,” but these are awfully competitive coaches; throw in some of our Kickstarter money as a motivator, and I’m pretty sure the ensuing seven-on-seven no-huddle drill will revolutionize the game of football and possibly make both the scoreboard and Chris Brown‘s head explode. Getting cameras on this is basically guaranteeing yourself a 60 for 60 movie down the line. Plus, if Kelly’s team of upstarts wins, I guarantee that Belichick will challenge him to a coach-versus-coach lacrosse match just like the informal hockey game between Gordon Bombay and Wolf Stansson in D2: The Mighty Ducks. And just like that game, the young upstart will end up losing after a horrific, borderline-criminal slash.1

Notable Donation Levels: Plenty of extras for this documentary. At $250, you can get an autographed chip of one of the gruesomely infected plates from Rob Gronkowski’s forearm, encased in some of the concrete that was previously being used to bury copies of E.T. At the bargain rate of $100, you can get a commemorative 8-by-10 photo of the face that Simmons makes every time he loads up the Patriots depth chart and sees that the Pats are going to start Donald Jones or Michael Jenkins at one receiver spot this year.

If you’re an Eagles fan with some cash to burn, consider spending $1,000 to hear the voice mail Drew Rosenhaus left DeSean Jackson after Rosenhaus loaned $400,000 to Jackson over three years before promptly being fired last month. And if you harbor some affection for the past, $25,000 will get you a truly rare opportunity: Sit in a room with quarterback Michael Vick and former Vick head coaches Dan Reeves, Jim Mora Jr., and Andy Reid, as Vick explains to them that he “never paid attention” during their fumble drills and that Kelly taught him to hold the football properly and avoid fumbles in a matter of minutes. Backers must provide own earplugs and protection.

In a Line: Guarantee Montee Ball all the running back jobs in Denver.

The Premise: Everybody wants this to happen. Everybody knows this is going to happen. Willis McGahee is skipping OTAs and coming off breaking his leg. Knowshon Moreno had a stem cell procedure done on his knee. Ronnie Hillman, Lance Ball, and Jacob Hester aren’t going to cut it. Montee Ball is going to be the man in Denver, and as if Peyton Manning weren’t enough, the Broncos brought back zone-blocking guru Alex Gibbs as a consultant this offseason. If we can all just be sure that the Broncos will use Ball as their primary running back and goal-line machine from day one, it will make fantasy drafts just that much easier.

The Project: Fantasy football owners will buy hundreds of thousands of magazines and spend hours upon hours scouring the Internet for any insight into where they should draft Ball. Take some of the money that was saved on those magazines and throw in a few corporate matching donations for the hours of productivity regained and apply it to a charitable cause in the Denver area. In return, the Broncos have to promise to keep Ball in as their weapon of choice at running back until he either gets hurt or causes Manning to yell, “Goddamn it, Montee!” at him for a blown pass protection.

Notable Donation Levels: A $200 donation will get you a commemorative plaque with the names of every obscure running back the Broncos have pulled out of nowhere to run for 1,000 yards. Did Olandis Gary win you your fantasy league in 1999? Now you can have a plaque celebrating your win. If you’re willing to chip in $5,000, the Broncos will call you to give advance notice if they plan on turning the job over to another seventh-rounder or rookie free agent after Ball gets hurt or moves on.

The Premise: The Raiders are in roughly similar shape to that of a young democracy emerging after years under an out-of-touch dictator. They’ve made some progress, but touches of the old ways are still lurking in the shadows, waiting to appear at the slightest hint of trouble. Enter this week’s PR scandal, in which the Raiders fired public relations director Zak Gilbert months after a negative article was written about the team in Sports Illustrated. The article in question was notably negative toward Raiders owner Mark Davis, the son of Al, but more positive toward general manager Reggie McKenzie, who brought Gilbert into the Raiders organization last year after working with him in Green Bay. You connect the dots.

The Project: If Davis is going to go over McKenzie’s head to make shortsighted and surreal decisions, he might as well go Full Al and document his work in the process. Our Kickstarter project will be part of making a book that glowingly details the methodologies and strategies that produced a team that made the playoffs three times in 18 years since moving back to Oakland. These are the Raiders that banned Rich Gannon and gave up on DeAngelo Hall after three months, not your daddy’s successful Raiders. What do you tell your scouts when you pay attention only to a guy’s 40 time? How can you give up two first-round picks for a quarterback with no trade leverage and then try to defend it years later? These are the important questions this book will uncover for anybody who wants to run a business the Raider Way.

Notable Donation Levels: For $7,500, you can get an urn containing some of the ashes of McKenzie’s long-term rebuilding project, which could very well be up in smoke by the end of this season. What you’ll really want, though, is to donate $30,000. At that price point, backers can have Mark Davis show up at their door and install a culture of fear and insubordination in their own homes! You’ll pay the transportation and hair-care costs, of course.

The Premise: The Cowboys are slowly sucking the power out of head coach Jason Garrett. First he was the head coach and offensive coordinator. After a disappointing 2011 season, the Cowboys brought in former Raiders coach Bill Callahan to serve as offensive coordinator, with Garrett calling the plays. Then, after the Cowboys finished 15th in points scored for the second consecutive season and spent months debating the issue publicly, Jones announced Tuesday that Callahan will be Dallas’s offensive playcaller during the 2013 season. Emasculating Garrett is probably a source of pride for Jones, but these moves represent just the latest shift in philosophy under an owner who hasn’t had a coaching situation he was truly satisfied with since the Jimmy Johnson era (and even that’s a stretch). There’s only one solution to all this.

The Project: Construct a Jerry Jones hologram and hire him to be the next head coach of the Dallas Cowboys.

Notable Donation Levels: Everything’s bigger in Texas, and that includes our donation levels. The good news is that there are bigger prizes, too. For $100,000, you get to call the plays for a Cowboys game! (Offer not available for Jason Garrett.) At $200,000 you get to kick Garrett in the crotch 10 times while Jones cackles in the distance. And Jones is a loud cackler.