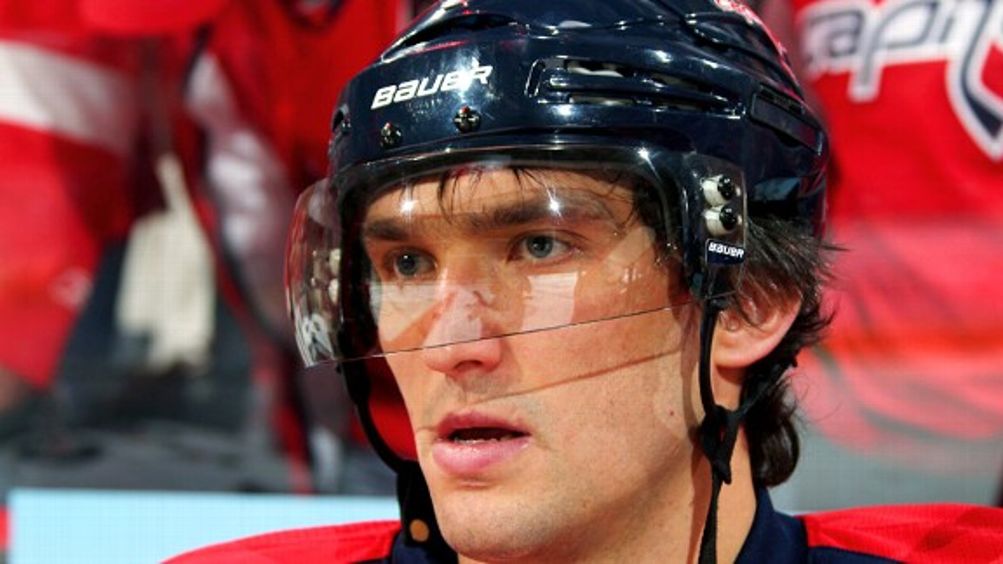 For the Washington Capitals on Tuesday night, the third line was the charm. With the Caps down 3-0 midway through the second period against the Anaheim Ducks, right wing Joel Ward netted a wrister that was set up by his linemates Brooks Laich and Jason Chimera to cut the Ducks’ lead to 3-1. Three minutes later, Laich and Ward were credited with assists on a slap shot goal by defenseman Dennis Wideman. On the other end of the ice, Washington coach Bruce Boudreau took every opportunity to match up his third threesome against Anaheim’s top line of Corey Perry, Ryan Getzlaf, and Bobby Ryan, and it worked: The Ducks’ stars were held to just one power play goal by Perry halfway through the third.

And it was the grinding third line that helped set up Nicklas Backstrom’s game-tying goal, with Chimera and Laich earning assists on Backstrom’s wrist shot with 42 seconds to play. The Swede would score his second in overtime to give Washington the stirring 5-4 comeback win.

Still, for all the third line’s contributions, the Capitals’ biggest headlines were made by their first line winger’s play — or, as it were, his lack thereof. With just over a minute remaining in regulation and the Caps down 4-3, Washington head coach Bruce Boudreau called a timeout to diagram what to do. He pulled goalie Tomas Vokoun and sent six Washington skaters out onto the ice — none of whom were named Alex Ovechkin.1 Replays later showed an incredulous Ovi glaring at Boudreau, plunking himself down on the bench, and muttering in disgust what a legion of lip-readers determined were the words “fat fuck.” He was sent back out on the ice in overtime, and played a strong shift that resulted in the primary assist on Backstrom’s game-winning goal.

In the same way a basketball player or coach can be vilified for a last-second shot that rims out but praised as a clutch player or genius if the ball bounces in, Boudreau risked widespread wrath had his decision not yielded a goal. It was a bold coaching move that spoke volumes about the kind of team he and the Capitals are trying to become this season: one whose role players don’t just stand aside and watch Ovi take over. One with a locker room that is not lackadaisical and a coaching staff that is not blinded by stars. One where grinders like Joel Ward, who was acquired this offseason specifically to enhance the team’s checking line, and Brooks Laich, who was re-signed this summer for the same reason, are considered as integral to the team as someone like Ovechkin. Because when it comes to the all-important postseason, they almost certainly will be.

Boudreau, long questioned for a permissive attitude toward his team’s better players that, many complained, resulted in too much coasting and too many costs, has wielded his power more heavily throughout this young season. He’s done so with some measure of success. In the very first game of the year he sat Vokoun in favor of goaltender Michal Neuvirth, saying simply that Neuvirth had “earned it” with strong preseason play. Whether that particular move was the reason or not, Vokoun has been one of the league’s finest goalies since then. Boudreau scratched Marcus Johansson on opening night, and in the next game the young center responded with a goal and an assist. (He has recorded four more goals since, three of them game-winners.)2

Last night Boudreau effectively sent two important messages to the Capitals: that he’s willing to bench even the team’s biggest player, and, perhaps more importantly, that he’s got faith in everyone else when he does.

To his credit, Ovi handled it all as well as he could have — he got (rightly) furious, he got back on the ice, he got an assist, and, in a development that ought to soothe worried Caps fans, he seems to have gotten “it,” telling reporters on Wednesday that he understood what had happened. “Of course,” he said. “[The third line] play[ed] unbelievable last night, they shut down Getzlaf line and score goals. No doubt about it.”3

Poor Nicklas Backstrom. The dude tied AND won the game, and still the very first question VERSUS’s Keith Jones asked him afterwards was about Boudreau keeping Ovechkin on the bench. In Backstrom’s honor, here’s his game-tying goal.

At the same time the Caps-Ducks game was finishing up, another contest was following a similar pattern: a team coming from behind to tie it up late and then finishing it off in OT. And again one player was largely responsible for both goals.

First Minnesota’s Mikko Koivu deflected the puck into the back of the net with a minute remaining in the Wild’s game against the Detroit Red Wings to tie it up at 1-1. Then in overtime he was an absolute force. He took a shot, charged into the corner for the rebound, absolutely Kronwalled Detroit’s newly re-signed defenseman Niklas Kronwall — maybe illegally, to be fair, although Kronwall considered it legit — regained control of the puck, carried it across the slot, and fed it low to a waiting Devin Setoguchi, whose OT game winner was the first regular-season one of his career. (The loss was Detroit’s second straight to the Wild in back-to-back games and its fifth in a row4 after a 5-0 start.)

Tampa Bay Lightning defenseman Victor Hedman has seven inches and 40 pounds on Jeff Skinner, but Jeff Skinner is one slippery bastard. Note to Hedman: You’re not gonna stop a former figure skating champion unless you attempt to move your own feet.

Taking It Coast to Coast: A Skate Through the League

The San Jose Sharks dropped three straight before embarking on a six-game road trip midway through October. And while the players had likely grown a little sick of being asked if getting out of the house, so to speak, would be good for them, it certainly was: The Sharks won five straight away games, including a 4-3 shootout win over New Jersey and a 5-2 victory over Detroit. Their attempt to make it a perfect six-for-six was denied by the Rangers, who after falling to Toronto in their home opener Thursday and then giving away a three-goal lead to Ottawa Saturday were facing a minor must-win situation.

After New York defeated the Sharks 5-2, San Jose captain Joe Thornton expressed frustration over the loss: “To be honest with you, they were probably the softest team we played against on this road trip,” he said. “We played some good teams, and I think we probably should have beat these guys, to be honest with you.”

Asked about Thornton’s comment, Rangers coach John Tortorella replied only that it was “wonderful,” but after having some sort of Jerk Store-style awakening overnight he had more to say Tuesday morning:

“Yeah it caught me off-guard when it was brought up after the game. It surprised me, and I’ve never heard a player say that. Joe’s a heck of a player, but here’s a player popping off about our team, and Joe hasn’t won a goddamn thing in this league. He could go down as a player, being one of the better players in our league never to win anything.8 So what he should do is just shut up. It was uncalled for, it was classless, and I’ve never had it happen like that before.”

The best part about all of this, though, was NHL Overtime host Bill Patrick’s theory that Thornton was savvily riling up the Rangers because they face San Jose rival Anaheim next and he wanted them to play extra tough. (“You’re giving Joe a lot of credit,” responded analyst Mike Keenan.) I enjoyed this so much that it led to me idly Wikipedia-ing Bill Patrick and making two important discoveries: (1) His real name is Gerard Monteux, which is AWESOME, and (2) he has one of the greatest New York Times wedding announcements of all time. (Let’s just say it includes the words “He asked her to join him at Seussical: the Musical.“) Rock on, Bill-Gerard Patrick-Monteux. Can I just start calling you Monty?

The over-under
For “mile where Mess first cries”
Has been set at six.

Previously from Katie Baker:
The Horrible Habs
Coming to Grips With the Winter Classic
The Endless Battle Over Hockey Fights
Week 1 in the NHL
How to Pick an NHL Team
Coldhearted: Our Weekly Hockey Column Debuts
Wedded Blitz!: A sabermetric analysis of the September New York Times wedding announcements