The Endless Battle Over Hockey Fights 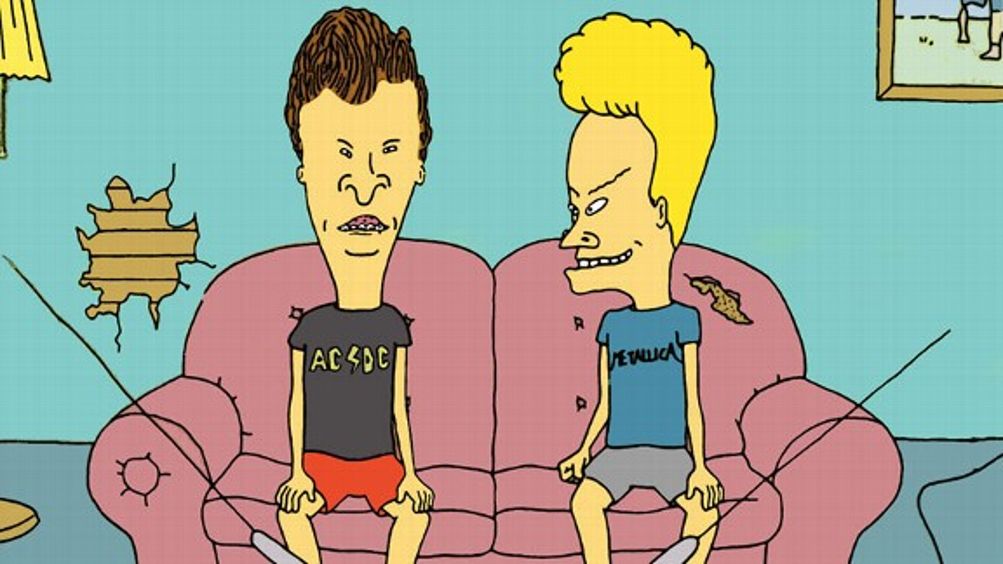 I have little doubt that someone will declare the return of Beavis and Butt-Head to MTV evidence that America’s favorite dumbasses are “timeless.”

In fact, I suddenly have zero doubt, because I just now Google-tested this notion to find the guileless Mike Judge quoted this month in the New York Times Magazine: “I like to think they’re timeless.”

So, yeah, I can’t argue with that. But I don’t think it’s entirely accurate. The enduring relevancy of Beavis and Butt-Head really means they’re “ageless.” And, by their reflection, that we are, too. We, being the middle-aged, American, middle-class males whose culture has been defined by stuff that sucks and stuff that’s cool.

Both in our 40s, Mike Judge and I are part of the first generation of American men for whom the notion of a midlife crisis is irrelevant, because we don’t really know how old we are. It’s not that we’re in a state of arrested development or denial, but rather a legitimate temporal disorientation.

We can’t measure our career spans against our target retirement date, because we don’t really believe we’ll ever retire. We can’t claim alienation from our children’s music, because it streams from the same machine we work at all day. We can’t complain our bodies are breaking down, because science will no longer let them.

R.E.M. breaks up to preserve its cultural credibility, and the Rolling Stones soldier on for the very same reason, and what should represent a paradox instead feels entirely correct.

When I turned 30, I kept trying to figure out if I felt 30. I couldn’t tell. When I turned 40, I didn’t feel a decade older than 30, or a decade younger than 50. Instead, I felt a chronological void, like maybe math was the wrong application.

So I’ve had this near obsession most of my adult life with trying to gauge my accurate age by measuring myself against other people of the same age.

I met Mike Judge at a key moment in this evolution. He was 30 and I was 29. Beavis and Butt-Head had just hooked into the cultural consciousness, and suddenly MTV wanted his show to ram forward into mass production. Our meeting happened almost entirely by chance. I was a columnist at a small Ohio newspaper. Beavis and Butt-Head had suddenly become controversial (and also suddenly huge) after an Ohio mother blamed Beavis’ pyromania for leading her 5-year-old son to start a fire that took the life of his younger sister. It was tragic, but it seemed to me that the parent was wrongly deflecting blame. So I wrote something about this, and, on a whim, sent it and another piece I’d written about the show to Mike Judge, care of a generic address I found for MTV on the back of a promotional package. Pretty much a message in a bottle.

A few days later, I received a handwritten note:

Thanks a lot for sending me your articles. I showed “Tooning in to the news” to everyone. It’s funny as hell. It’s been a rough couple of weeks and it was great to read something like that. In fact, if you ever want to try writing a B+B episode, let me know. You could make 500 dollars huh-huh-huh.

He included his phone number. I called him and we talked, and soon I was learning how to write a TV script by copying from the samples he sent me. I contributed here and there throughout the show’s run, which ended in 1997. I wrote a Cornholio episode, one of the Christmas specials, and a few others.

I was not a major contributor by any means, rather a cog in a big and busy machine. I pitched regularly, had ongoing conversations with Judge and Kristofor Brown — the head writer and producer whose humor, earnestness, and organization were a secret weapon to the show’s success.

The part of that experience that had the most lasting personal effect was also the smallest and most mundane: talking on the phone to Judge occasionally about the other parts of our lives, the parts that had to do with being regular sort-of grownups.

We were both married. He’d recently become father to a second child; my wife was pregnant with our first. We each had the habit of perpetually fiddling with our wedding rings, and the consequent madcap tales of chasing them when they popped onto the ground. I was living in my native Ohio; he was wishing he could get away from New York and back to Texas, where he felt at home. We’d both played in bands while also experiencing the transition into our early professional careers. (He’d worked in an office and hated it. This was the inspiration for the cubicle drone “Milton,” Judge’s first foray into animation, and the foundation stone for Office Space.)

And so when we were chatting, I’m sure we sounded far more like Hank Hill and Boomhauer than Beavis and Butt-Head. We once had a conversation about the best way to set a fence post.

And now I realize there isn’t much difference between those cartoon friendships and those of our real lives. Stuff sucks and stuff’s cool and life goes on, but it doesn’t, but it does.

This experience helped me understand what felt normal about being 30, but also introduced the unique modern complexity of adulthood. The thing Judge has always understood best about his characters, and managed so deftly (here’s a show that never, ever jumped the shark), was that he wasn’t writing for teenage boys. He was writing for the men those teenage boys had become and always were: us.

So now it’s 15 years later, and Beavis and Butt-Head are still 15-ish, and we keep getting older, and we know that because now our own children are also 15-ish, and the whole thing seems mathematically incomprehensible.

Which is again to say that math might not be the right measure for this generation.

When I was trying to revise the first script I submitted to Mike Judge, he told me I was thinking way too hard. He was right.

“Just make it stupid,” he said.

Which is one degree from the ultimate timeless, ageless advice: “Be yourself.”

It’s one of the smartest things anyone has ever said to me.

David Giffels’ most recent book is All the Way Home: Building a Family in a Falling-Down House. He has written for the New York Times Magazine, the Wall Street Journal, Redbook, and many other publications. He teaches creative writing at the University of Akron.