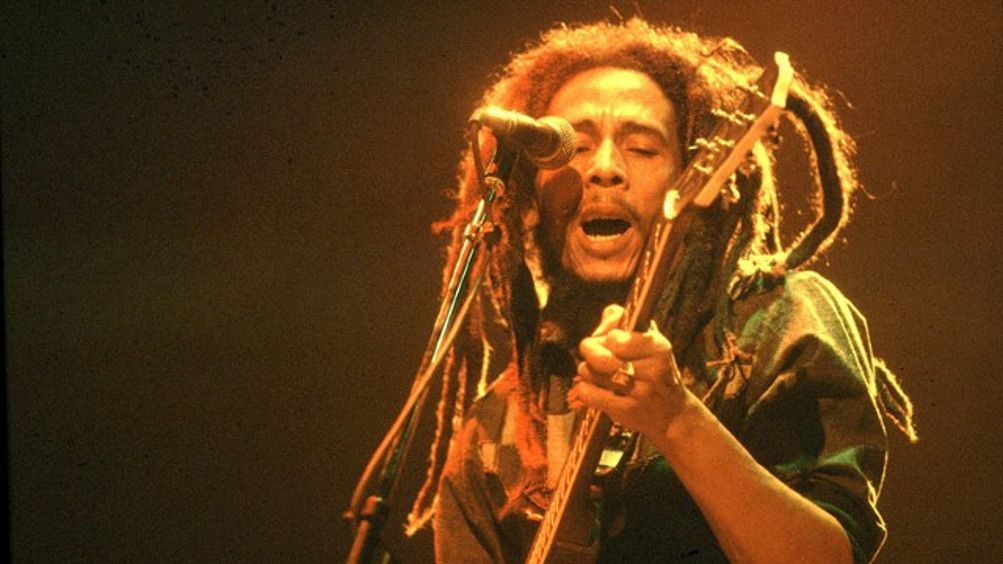 When reggae legend Bob Marley was inducted into The Rock and Roll Hall of Fame, Rolling Stone publisher Jann Wenner called him “the Third World’s first pop superstar … He brought the lyrical force of Bob Dylan, the personal charisma of John Lennon, and the essential vocal stylings of Smokey Robinson into one voice.” And while Time declared Bob Marley & The Wailers’ Exodus the greatest album of the 20th century, and the greatest hits album Legend has sold over 25 million copies worldwide, Bob Marley himself remains something of a mystery. The new film Marley (out next week) looks to rectify this. It is a moving and comprehensive film about the Jamaican singer’s life. Scottish director Kevin Macdonald (The Last King of Scotland; Touching the Void) spoke recently with Grantland’s Davy Rothbart about Bob Marley’s music, life, and legacy.

What inspired you to make a film about Bob Marley’s life?

I grew up in the countryside in the wilds of Scotland, as far away from Jamaica as you can imagine, culturally and otherwise. But I remember that one of the first albums I ever bought was Uprising, which has “Redemption Song” on it — along with a bunch of other great tunes — and that album became really significant music for me.

Click here for all of our interviews with fascinating people from the worlds of sports and pop culture.
I was sucked in by the melodies, but there was also this dangerous, radical, edgy feel to the music. When you’re a teenager, this is what pulls you in. You’re thinking, Wow. This is rebel music. This is dangerous. And then it has this mystical side to it as well — all this stuff about “Jah” and “Rastafari.” You start asking yourself, What the hell is all this stuff? The music has this mystique about it because you don’t fully understand it. You sense what it’s about but you don’t really know.

Bob has become so ubiquitous — it’s like we don’t even hear the music playing anymore because it’s everywhere. His image is everywhere. And yet we don’t tend to think about his life. These questions started pressing at me: What did he actually do? Where did that music come from? What was his life like? I wanted to peer behind the global icon, scratch beneath the poster image, and discover the man underneath. Having done that, I’ve found that he was even more heroic than I could’ve imagined, and I like him even more now than when I started the project.

What was most surprising or striking to you?

As we interviewed all of the people in his life, there were constant surprises. So many things emerged that even Bob’s family didn’t know about. His children said to me, “We’re learning about our father just as you are.” They’ve been really thrilled with the movie for that reason. [Marley’s son] Ziggy said to me, “This is a movie I’m going to show my kids when they get older to explain who their grandfather was.”

One thing that really struck me was the role that race played in his life. In so much of his music, Bob talks about slavery and his African heritage, but few people realize that his dad was white. The division within him between the black half and the white half was part of what defined him. Growing up in Jamaica as this mixed-race boy, he wasn’t accepted by the black people and he wasn’t accepted by the white people. That outsider status is really where a lot of his success came from, because from day one he felt he had to prove himself to everyone.

Can you explain Bob Marley’s involvement in the Jamaican civil war?

Understanding the political situation in Jamaica in the ’70s is important to understanding not only Bob’s lyrics but why somebody tried to kill him and how he got shot. Jamaica was torn in half between two rival political parties, the Jamaica Labor Party and the People’s National Party. One had allegiances to the U.S. and a capitalistic bent, and the other was aligned with Cuba and the Soviet Union and was a Socialist party. These factions were vicious enemies and each sponsored separate armed gangs. These gangs were at war — you had people running around shooting each other in the streets like it was the Wild West. Scores of people were killed every week; the amount of lead people were unloading on each other was unreal.

Before one critical election, a gang broke into Bob’s house and shot him and some of his bandmates and friends. They thought he was going to endorse the other political party at a concert the next day and they wanted to silence him before he did. Fortunately, no one was killed. He went on with the concert as planned, and held up his wounds to the crowd.

In contrast to all the violence around him, Bob’s message was one of unity and peace. At one point, he’d been living in England but returned home to hold an enormous concert in the name of peace. Over 100,000 people showed up. In the middle of the concert, an incredible, spontaneous thing happens. He’s in the middle of a crazy, emotional performance, lost in the throes of his song “Jammin’,” when he feels moved to bring the political leaders of the JLP and PNP onstage. He summons them both down from opposite ends of the stadium. This happened utterly without plan — he just thought of it in the moment. So as the song continues, and the two bewildered enemy heads of state join him on the stage, he beckons them next to him, and holds all of their hands together and raises the knot of hands above his head. He gives this blessing of peace and unity, and it was incredibly moving. This great symbolic moment helped to end years of war.

Oppressed people around the world relate to his story and his music. We saw this just recently in Tahrir Square in Egypt, and in Tunisia. During the Arab Spring, people were singing Bob Marley songs. They were singing “Get Up, Stand Up.”

Was Bob’s relationship with weed as deep as people like to believe?

Deeper, maybe! It was a big part of his life. It’s a big part of being a Rasta. It had a spiritual element for him, as a sacramental drug. He believed it furthered meditation because weed concentrates your focus on the things around you. You might tune in to one piece of music for hours, or stare at a single leaf on a branch. Rastas don’t drink, and they don’t eat much meat — maybe some chicken, but it’s pretty much a vegetarian diet. One of the things I always notice in the movie is Bob’s incredible physique — he ran every morning, played soccer all day, and was insanely fit. Smoking marijuana was his one vice.

I heard this funny story about his relationship with weed that didn’t make it into the film. His doctor told me that late in Bob’s life, when he was being operated on, they gave him the anesthetic and Bob didn’t go to sleep. The doctor realized that since Bob had smoked so much ganja, he’d built up a resistance to the effects of certain drugs. The anesthetic did nothing. They had to give him 10 times the usual dose to knock him out.