The Debut of Our NFL Preview Podcast Series with Bill Barnwell and Robert Mays! 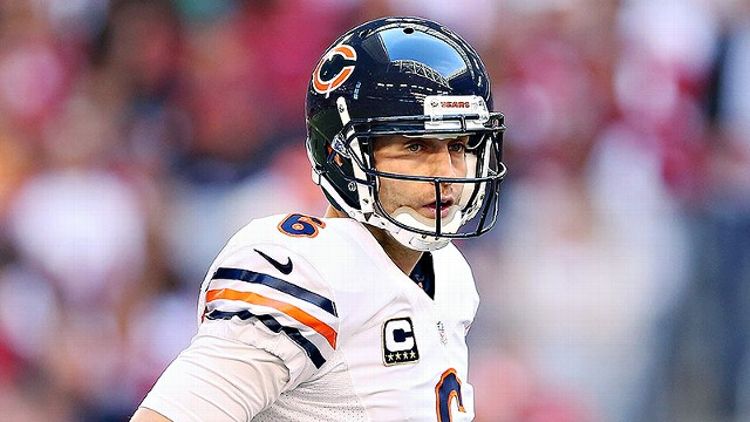 You know we had to do the podcast.

Robert Mays and I talk a lot about football. We exchange texts. We talk on Gchat. During those times when we are both in Grantland’s Los Angeles offices, we talk about football at great length, even in times when there is very little football to talk about, because that is the extent to which football has taken hold of us.

What makes our discussions particularly fun, for me at least, is that we come from different perspectives. (Disparate opinions? On ESPN? You don’t say.) Mays is a blood-and-guts die-hard Bears fan from the Midwest who would actually live in the cloud of dust that comes after the three yards if he could; as you may already know, I am an occasional Giants fan from the East Coast who trusts the numbers and thinks Andy Reid didn’t pass the ball enough. We definitely agree on a few things: you build great teams from the lines out, people should chill out about Jay Cutler, and, OK, two things. Everything else is up for grabs.

So, we’ve wanted to do a podcast for a while one way or another, but there hasn’t been a good fit until now. In case you haven’t noticed from the past few years, I really dislike doing the team-by-team, position-by-position NFL preview that you’ve seen in every football magazine and national publication since the beginning of time. They’re boring, often out-of-date, and serve no master: They’re too general to give a fan of a team any real information, and they’re too specific to get any idea of what a team is like for somebody who hasn’t watched them play all year. That’s why I generally haven’t done them at Grantland.

There is some value, though, in getting a refresher on each NFL team. That’s where this podcast comes in. Mays and I are going through each of the 32 NFL teams, 20 minutes at a time. The simple goal is to set the scene for each team heading into the 2013 season. For fans of a given team, we try to step into their shoes and figure out what they should be excited about, while breaking down their actual level of talent versus the rest of the league. For people who follow a different team or the league as a whole, we put last year’s season in context, discuss what’s changed during the offseason, and highlight the players who you’re going to want to pay attention to this season. We throw out some numbers, make some jokes — it’s a good time. Download it and you’ll have something entertaining to listen to on the treadmill and something to help you win your bar bets afterward.

Every weekday between today and the season opener on September 5, we’ll upload another podcast with previews of two more NFL teams, throwing in a couple extra bonus episodes at the end for fun. That’s 40 minutes per day of football (and topics that vaguely resemble football) from here on out to get ready for the NFL season. You can do that! So go listen to today’s episode, which breaks down Mays’s beloved Chicago Bears and my sleeper Detroit Lions.

I hope you enjoy it, and if enough of you do, we’ll do more of them during the season. Only one thing about that, though: We’re going to need a name for this thing if we do. Since the other Grantland podcasts took all the snazzy names, we’ll need your help. For more on that whole ordeal and how you can help us, go check out the podcast and keep listening.

Same Old Chip: What We Learned About the Eagles Offense in Their New Coach's Preseason Debut