Mr. Silver, Tear Down That Wall: It’s Time to Let the 16 Best Teams Into the NBA Playoffs 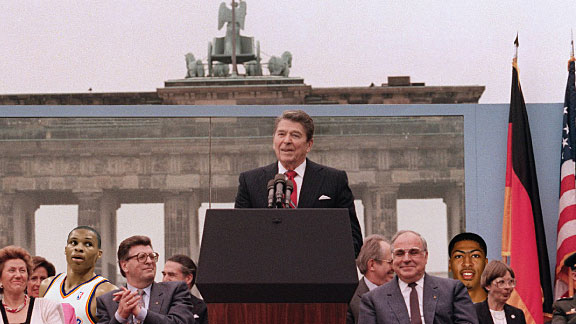 We’re more than halfway through the NBA season, and the Golden State Warriors have won an insane 83.7 percent of their games. Even with last night’s loss against Chicago, they’re on pace for 68.6 victories. Speaking of Chicago, along with the 1972 Lakers, they’re one of only two franchises to ever win that many games in one season. Simply put, the Warriors are playing historically great, and the oddsmakers have noticed. The Dubs are the deserved title favorites.

Yet, their championship odds are higher than they should be. Unfortunately for Warriors fans, their historic season coincides with an equally historic imbalance across the league’s two conferences. Whoever makes it out of the West will have conquered one of the most grueling paths to the Finals the league has ever seen.

The NBA’s playoff structure is basic enough, but thanks to its marriage to the league’s conference structure, it is extremely susceptible to imbalance. The overall quality of individual playoff matchups is arguably more a reflection of symmetry across conferences than it is the overall level of play in the league. That’s a problem.

If the season ended Tuesday morning, the playoffs would look like this: 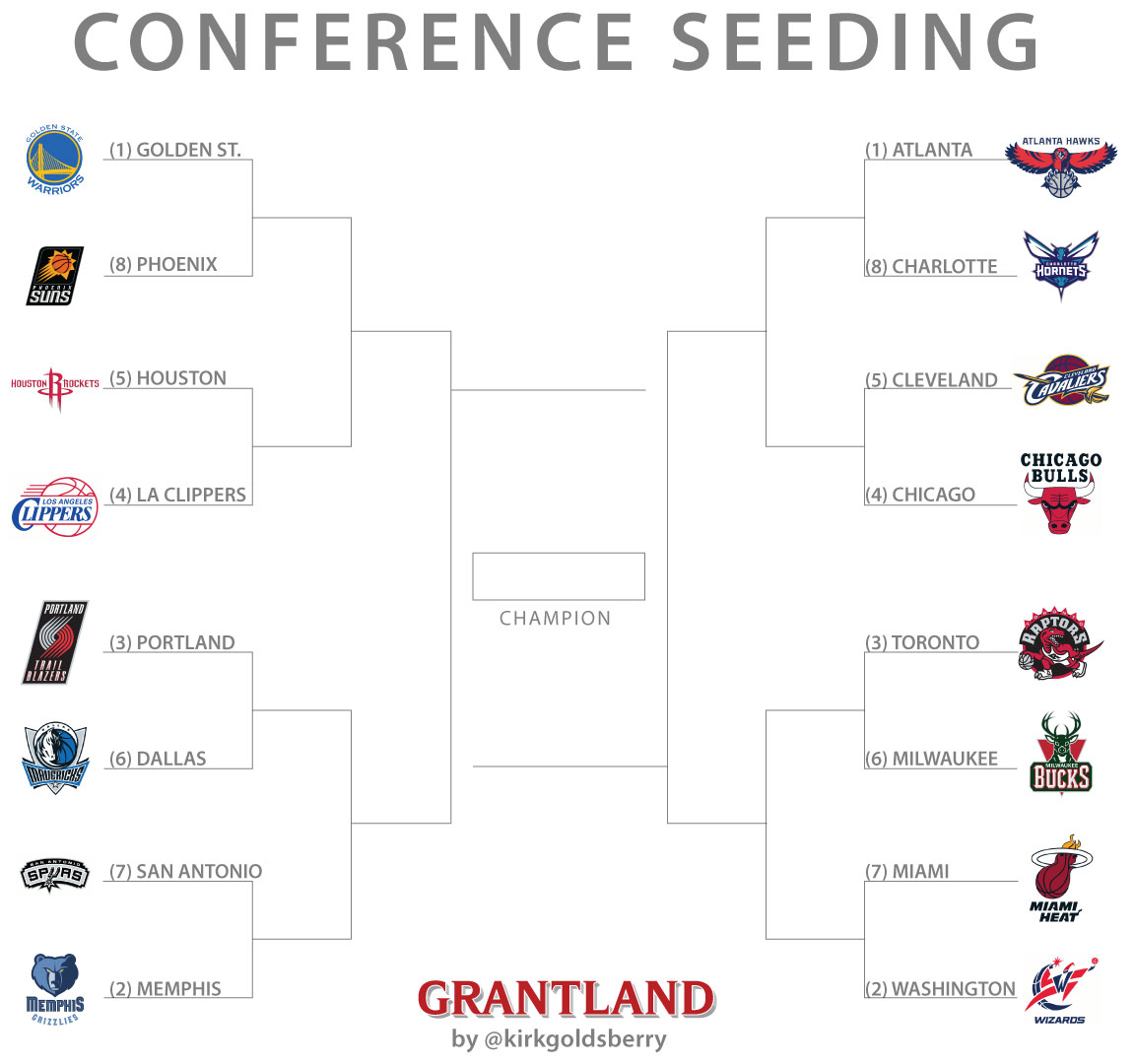 Not too bad, right? I mean, I would watch that obsessively for two months — but that’s not the point. Everyone knows that 16 of the league’s 30 teams make the playoffs: eight from the East and eight from the West. However, according to ESPN’s NBA Basketball Power Index, which accounts for strength of schedule and back-to-backs, all of the league’s top eight teams reside out West. Sure, you could argue that the Hawks, Cavs, Wizards, and Bulls are no slouches — and I would certainly agree — yet the quality gap between the playoffs we get versus the playoffs we deserve has never been wider. Something needs to change.

The biggest travesty of the current system is that four of those Western powers will be out on the golf course by the time the second round begins. Perhaps this point is best illustrated by visualizing what the playoffs might look like with an alternative (and more logical) seeding process simply based on overall records (as of Tuesday morning). Given the imbalance of the league’s schedule, this approach has its own issues, but all of those issues favor the already-favored East. So, scheduling discrepancies aside, this is what the playoffs would look like with true seeding. 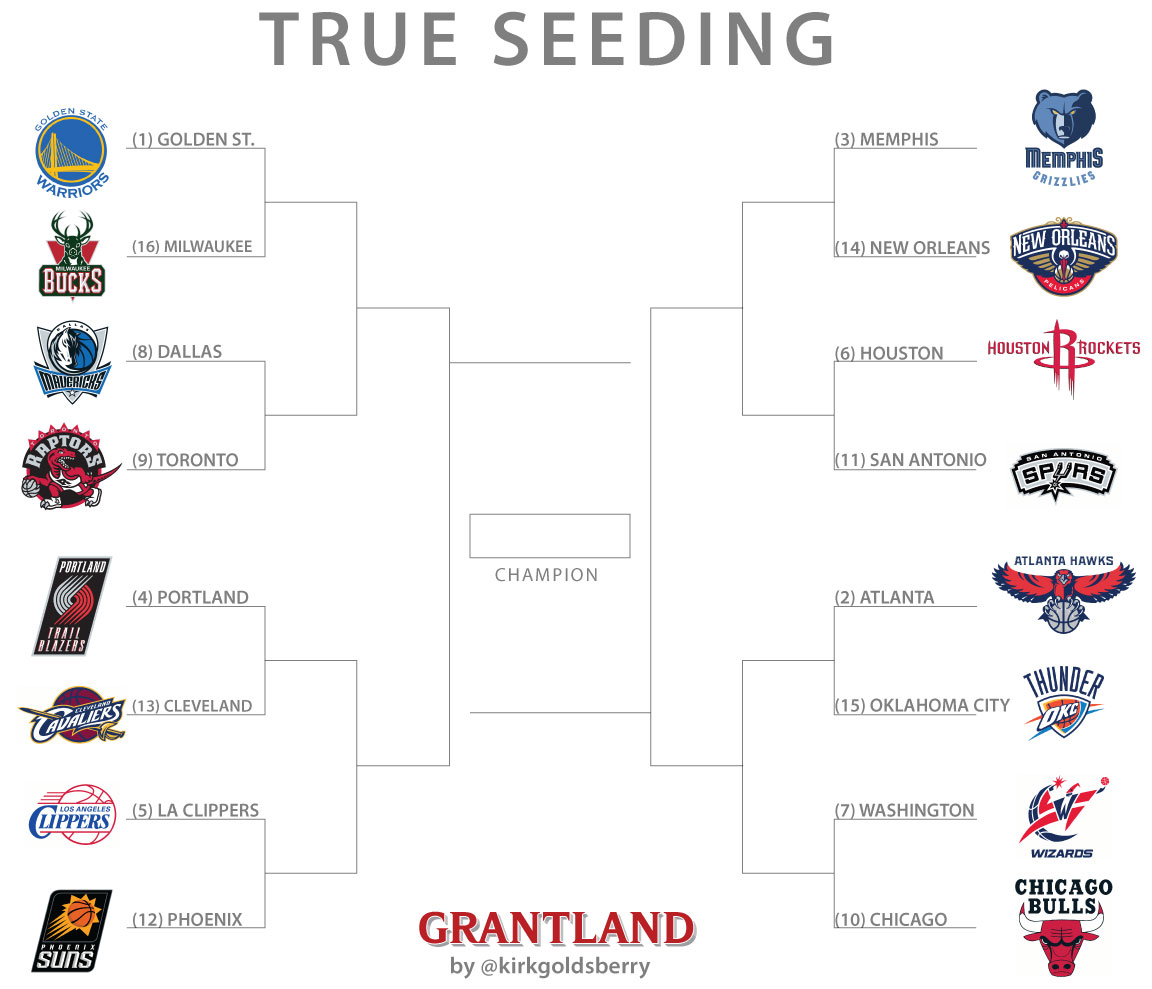 You’ll notice that six of the top eight seeds are from the West, along with 10 of the 16 total participants. This method would essentially swap out Charlotte and Miami in favor of New Orleans and Oklahoma City. In other words, more Anthony Davis, Kevin Durant, and Russell Westbrook.

Do we really want this guy?

Playoff hoops without Westbrook is like Paltrow without Martin; it breaks my heart. The Thunder are one of the most exciting teams in the league, but thanks to injuries and the skewed conference system, there’s a legitimate shot they won’t make the playoffs. However, if the league just put the 16 most deserving squads in the postseason, Oklahoma City would already stand on the right side of the qualifying threshold as the world’s most frightening 15-seed. It’s time for the NBA playoffs to consciously uncouple itself from these conferences. 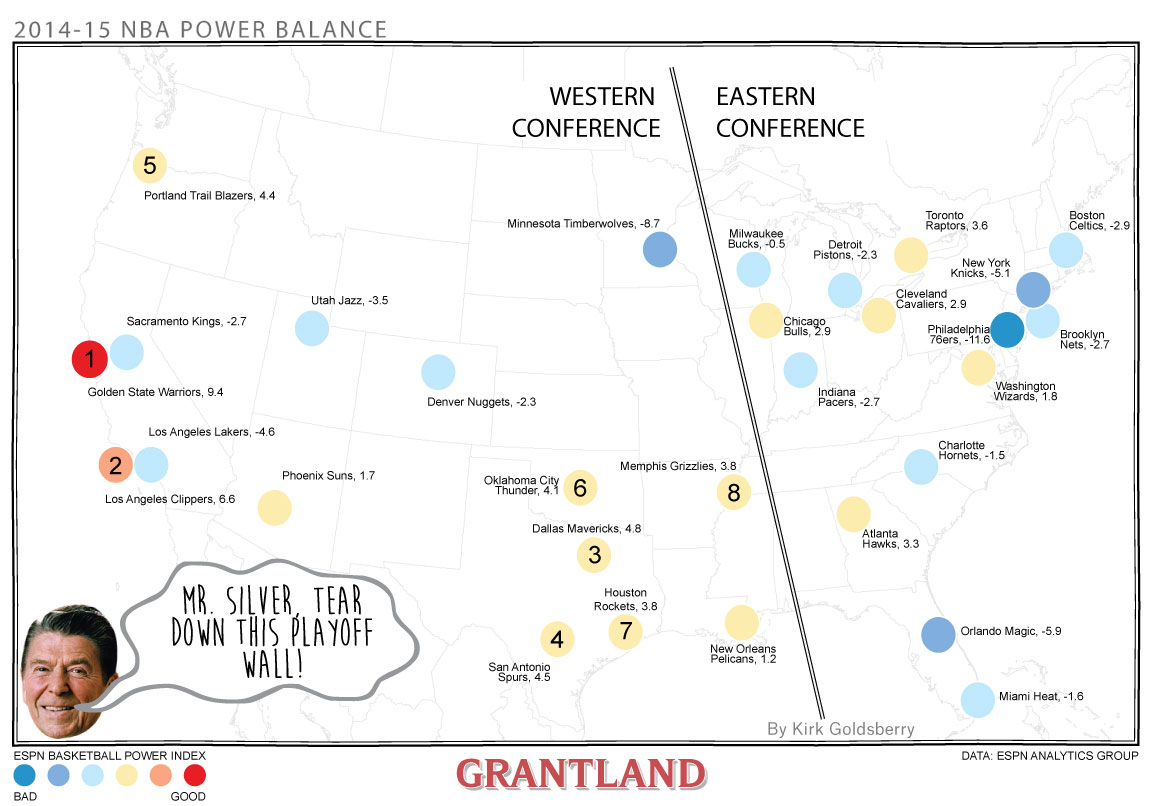 You could argue that conference imbalance isn’t this strong most years and that, historically, the NBA’s playoff bracket has generally been fine. And you’d be right. But the current system is needlessly vulnerable to swings like we’re seeing this season. It’s also just less fair than the alternative. Even with an imbalanced schedule in which Eastern Conference teams get more games against other Eastern Conference teams, 10 of the league’s top 16 records are in the West.

True seeding isn’t revolutionary, but it’s a logical tweak for the greatest basketball league in the world. A team like Golden State should be rewarded for its regular-season dominance by playing the worst qualifying team — not Oklahoma City, San Antonio, or Phoenix, as would be the case under the current setup. While true seeding would reward Golden State for its success over 82 games, along with first-round matchups like Portland-Cleveland, Washington-Chicago, and OKC-Atlanta, it also rewards everybody who wants to watch the best basketball this planet has to offer.