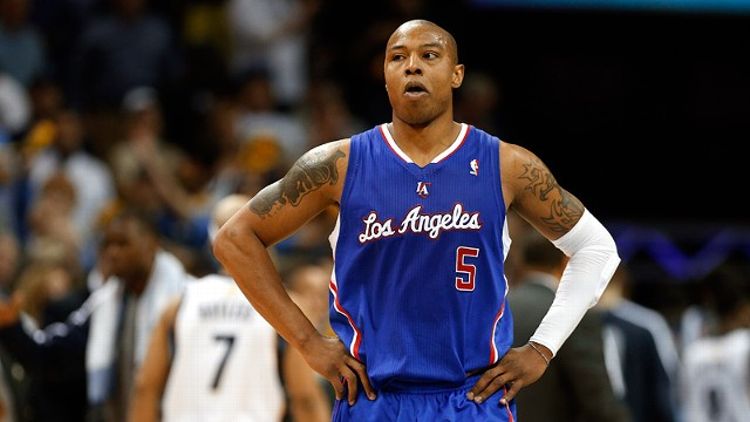 The freaking Bucks, man. Right when you think the NBA’s wheeling-est, dealing-est candidate for the no. 8 playoff spot has left you alone to write about something fun — like perhaps this ode to Action Park, one of the half-dozen most important formative places in my life — here they come, dealing for an aging small forward on an expiring contract whose old team couldn’t even manage to snag a second-round pick in exchange.

And the Bucks, by the way, are sitting on as many as five extra future second-round picks. Five! And they are shipping exactly zero of them to Phoenix in exchange for Caron Butler, who remains a useful spot-up shooter, fills a glaring need on the wing, and has helped Milwaukee cut down to 15 guaranteed salaries via this trade. The Bucks are sending two players to Phoenix — Ish Smith and Slava Kravtsov, neither of whom is likely to ever make a meaningful impact in the NBA. This is a pure salary dump for Phoenix, leaving them with about $5.2 million in cap room once they finalize Alex Len’s contract. Only the Sixers, reportedly still planning to participate in games next season, are slated to have more cap room going into the season.

That the Suns could get so little for Butler speaks to a lot of issues:

• The weak market for expiring contracts. This isn’t necessarily new, either. Teams aren’t dying to give up talented players on long-term contracts for backup types on expiring deals and picks — the model of trade that sent Pau Gasol to the Lakers. Butler has been almost exclusively a starter for his entire career, but he’s a backup player at this point; the Clippers were better with Matt Barnes in Butler’s spot on the wing, primarily because Barnes is better at almost all the things you need from a fourth or fifth option — cutting, rebounding, and defense.

Butler’s expiring contract is sexy in theory, but not in reality. You might be able to get someone else’s unwanted albatross in exchange — a Gerald Wallace type, for instance — but a rebuilding team like Phoenix has no use for such a player. The new collective bargaining deal has reduced contract lengths and made teams more careful in doling out contracts. There are fewer albatrosses out there, and smart teams with very little short-term interest in winning are steering clear. The albatross types that can still play at a high level — Carlos Boozer, for instance — are both ultra-expensive and attached to teams who need them for plausible title runs. (The Bucks, of course, participated in the three-team trade that sent Butler to Phoenix in the first place, leading to questions about why Milwaukee didn’t just effectively sign-and-trade J.J. Redick for Butler in that deal. The most likely answer is that Milwaukee wanted to keep as much cap flexibility as possible while it agreed to terms with O.J. Mayo via cap space and figured out what the heck to do with the Brandon Jennings–Jeff Teague–Brandon Knight dance. The Bucks didn’t know at that time they’d cut about $5.3 million in salary in the eventual Jennings-Knight exchange, and their cap room margin got thin enough midway through free agency that they had to mercifully pull the amnesty trigger on Drew Gooden.)

• The continued increase in the value of first-round picks. You are not sniffing a first-round pick, even a low one, for Caron Butler. It’s not happening right now, as teams hoard picks and enjoy the unmatched bang for the buck that comes from a player outperforming a cheap (and very long) rookie contract.

• Phoenix’s desire to avoid taking on any long-term money. You could construct workable deals that bring interesting assets to the Suns. Maybe the Raptors, wishing to cut bait on the shaky DeMar DeRozan contract, view Butler as exciting salary relief. There’s no evidence the two teams talked about this at all, in part because Phoenix, rebuilding and positioning itself for the 2014 lottery, would have very little motivation to pay the $38 million (!) remaining on DeRozan’s four-year contract. The Kings and Pistons might view Butler as a worthwhile way out of deals attached to Marcus Thornton and Jonas Jerebko, respectively, with the Suns theoretically viewing both as useful young pieces. But Thornton and Jerebko carry money beyond next season, assuming Jerebko exercises his player option in 2014-15, and both hold some intrigue to their current teams.

No one is in a hurry to exchange intrigue for Butler, it appears. Another type of deal would send a less exciting long-term salary and an asset to the Suns — something like Chuck Hayes and a second-round pick, or Brandon Bass along with some future asset from Boston. But those teams don’t appear to see Butler as appealing enough to part with a prime-age rotation player and an asset, and the Suns want to keep the salary slate as clean as possible.

We’ve seen the same trends in Utah, among other places. People beat the Jazz up over failing to unload Al Jefferson and Paul Millsap at the trade deadline, and the Jazz clearly missed chances to get at least something for each of those guys — in part because they liked the idea of making the postseason in both 2011-12 (when they made it) and last season (when they missed). But by the time the most recent trade deadline came around, with the Millsap and Jefferson deals both expiring, Utah found itself unable to land any offer that wouldn’t have come with a long-term salary the Jazz didn’t want.

So the Suns are left to salary-dump Butler, a move that will make it a bit less painful to waive the troubled Michael Beasley, which many around the league assume is likely when the calendar flips to September 1. The Suns will have to pay Beasley his $9 million guaranteed regardless, but waiting until September 1 allows them to eat $6 million of that cap hit this season — to get it out of the way now. And that turd platter will taste at least a little better now that $5.5 million has come off the books in this Butler deal. (Note: If the Suns really want to tank, they should keep Beasley and play him 40 minutes a game. Just a suggestion.)

Butler provides the Bucks a fill-in starter at small forward for a team short on wings. He’ll take that spot over Carlos Delfino, who is recovering from a broken foot and can’t really defend this position for 30 minutes a game. Butler’s presence also allows the Bucks to be patient with Giannis Antetokounmpo, their first-round pick, a very tall wing who might still be growing and won’t even turn 19 stinking years old until December. In this context, Butler should be helpful to a team in a competitive race for one of the East’s final three playoff spots. Butler’s an ornery type, and he’ll probably be happier playing on a semi-competitive team in his home state than he would have been languishing in Phoenix.

The danger might be the Bucks asking Butler to do too much on offense. The Clippers turned him into a spot-up shooter around Chris Paul pick-and-rolls and Blake Griffin post-ups, and that’s probably Butler’s best role now. He’s become a very good 3-point shooter, especially from the corners, a place he hardly visited during his prime, but from which he shot 38 percent in 2011-12 and a sizzling 46 percent last season, per NBA.com.

That’s a valuable skill set, even if Butler often yearned to do more and revisit his prime. He still took a ton of midrange 2-pointers, and while he’s hit an acceptable 40 percent of them, they are low-value shots — especially when they come after Butler stops the ball and/or takes one dribble that turns a 3 into a long 2. And that’s generally where Butler’s offense has stopped in recent years. He doesn’t get into the paint much anymore, and he barely gets to the foul line at all.

That could change in Milwaukee if the Bucks lean on him for a little more shot creation — Brandon Knight ain’t Chris Paul — but leaning too much on Butler is probably damaging at this point for a team’s overall offense. Butler’s tough and willing as a defender, but his skills on that end are eroding with his quickness. Teams have eaten him up one-on-one in each of the last two seasons, per Synergy Sports, and Butler has developed a habit of bodying up guys far from the hoop — even shaky shooters. That has made him vulnerable to blow-by drives and ticky-tacky fouls.

But again, he’s an upgrade on Milwaukee’s roster, and this is a no-harm, no-foul trade that leaves Milwaukee with a sliver of cap room this season without eating into its room next summer, and gives it an expiring contract it might be able to dump for something — another second-rounder?!? — if Butler thrives.

That possibility might have made it wiser for Phoenix to hold on to Butler for a few months of play, but we’re talking about someone else’s cash here (Robert Sarver’s, to be precise), and the Suns want to play their young guys. And so, presto! A late August NBA trade involving a former All-Star! The Bucks’ long-term picture remains murky as they awkwardly tread the line between rebuilding and competing for a playoff spot, but such is life under an owner with a “stay competitive!” mandate.