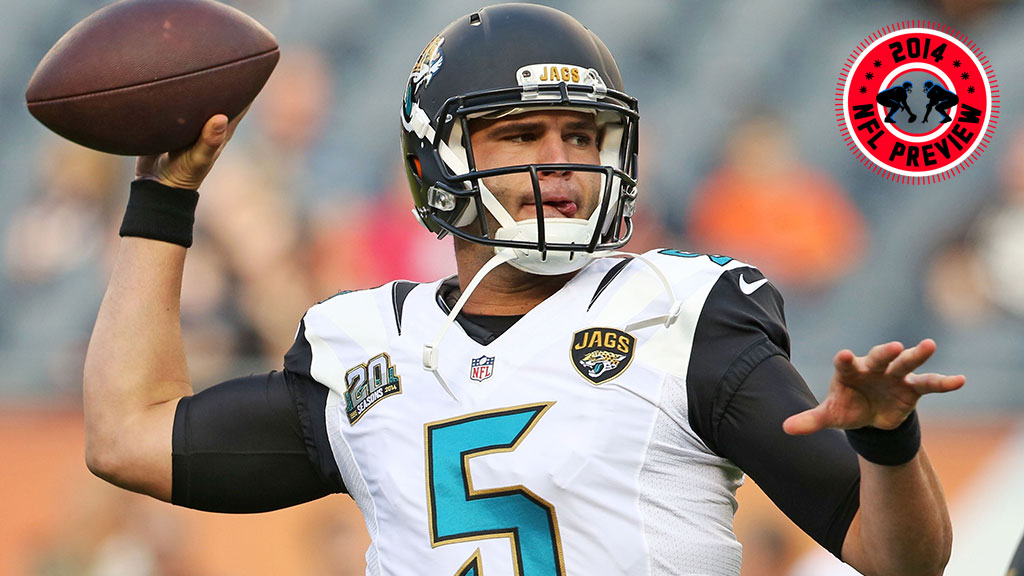 The preseason doesn’t matter. We run through the same stuff every year, only with different faces. There’s the bad team that looks great in meaningless action. The reclamation project at quarterback who looks revitalized and new. The unknown prospect who runs through third-team defenses for big plays. Occasionally, those teams and players do turn out to deliver on their promise, but there are so many washouts and false positives to go with those success stories that it’s impossible to figure out who is for real until the meaningful football starts in September. Let’s put the preseason in some context to understand how it’s not worth taking too seriously.

How is preseason football different from the real thing? Well, there are the starters, ramping up to Week 3 before mostly sitting out in Week 4. Coaches try to optimize their decision-making to avoid getting players injured. Effort levels vary from team to team; bettors notably prefer some coaches (Mike Shanahan is a classic example) to others (hi, Ken Whisenhunt) by virtue of how their teams have performed in the past.1 Somewhat surprisingly, though, the half-full stadiums and modest energy levels of preseason crowds have little impact on home-field advantage. Since 2006,2 the home team has won 56.5 percent of preseason games; that’s virtually identical to the regular-season win rate over that time frame, 56.8 percent.

Checking the statistical record, preseason football is different from the real thing in more subtle ways. According to the NFL’s numbers, here’s what August football is lacking (and why):

1. Scoring goes down. While preseason scoring has risen over the past several seasons, that has been met with a simultaneous increase in scoring during the regular seasons. Since 2006, the scoring in a typical preseason game is down about 14 percent from the scoring level during the subsequent regular season. Last year, while teams averaged 41.3 points per game during the preseason, the league then produced 46.8 points per game during the regular season, the largest per-game average since 1948. Peyton Manning barely knew what he was doing back then. Preseason scoring in 2013, then, was down 11.8 percent from where it would land during the season to come.

In 2014? That’s holding true. Penalties are up dramatically, with the emphasis on illegal contact and defensive holding extending drives, but scoring is basically holding still with where it was one year ago. Teams have averaged 41.4 points per game during the preseason through the Monday Night Finger Football tilt between Washington and Cleveland, just one-tenth of one point higher than last year’s average.

Why does scoring go down? Well, as you might expect …

Five points doesn’t seem like all that many, but it’s roughly the difference between the passer ratings of Ryan Fitzpatrick (82.0) and Jason Campbell (76.9) from a year ago. What? It still doesn’t seem that different? OK, fair enough. But you can see that preseason passers aren’t quite as impressive with the ball in their hands. Passers are also sacked less frequently, with their sack rate rising from 6.3 percent in the preseason to 6.8 percent during the subsequent regular season.

Perhaps most notably, teams are far worse at running the ball in the preseason than they are during the regular season. Over those weird 2006-08 and 2010-13 time frames, offenses averaged 4.2 yards per carry on the ground during the regular season. In the preseason, they mustered up only 3.9 yards per rushing attempt. That adds up; teams average about 28 rushing plays each per game, so you’re looking at a difference of just less than 17 yards between the two teams per game.4

3. Quarterbacks aren’t as good as they are during the regular season. The typical preseason player at a given position on a given snap is obviously worse than his counterpart at the same position during the regular season, but great quarterbacks are more scarce than great players at any other position. The drop-off between Aaron Rodgers and Scott Tolzien is larger than the drop-off between, say, A.J. Hawk and Andy Mulumba at linebacker. You can see the decline in the numbers.

4. The preseason is schematically bland. The NFL doesn’t offer the All-22 coaching tape to the public during the preseason, but it’s a well-known fact that teams will run a shell of their typical offensive and defensive schemes during the preseason. It’s not as simple as suggesting that each team has money plays they don’t want to show the opposition, just more that offenses and defenses are drilling fundamentals and keeping their more specific schematic choices to themselves until the games count. Players still improvise and make plays — it’s still football, and a lot of players out there are trying to win jobs — but you’re seeing very vanilla versions of the West Coast offense going up against very simple Cover 2 looks from the defense. Washington, famously, didn’t feature the zone-read during the 2012 preseason, instead waiting until its opening game of the year to foist it upon an unsuspecting, overwhelmed Saints defense.

How Doesn’t It Matter?

The preseason vaguely approximates real football — it’s just enough of the real thing to fool you into getting excited for the Hall of Fame Game — but history also tells us that its breakout teams and players are often flashes in the pan. Obviously, the preseason is an incredibly small sample, with players who aren’t likely to make it in the NFL competing against one another. A lot of strange things can (and do) happen.

Studies have suggested there is no meaningful relationship between a team’s performance in the preseason and their subsequent record in the regular season since 1994. But what about the extremes? Does it mean anything if a team goes undefeated or can’t win even a single game during the preseason? I went back through 2000 and split out the 22 teams that went 4-0 and the 31 teams that went 0-4.5 If there’s some meaning to the preseason, the 4-0 teams should play way better in the regular season than the teams that got off to the 0-4 exhibition start, right?

The difference, as it turns out, is negligible. Those 4-0 teams won an average of 8.0 games during their subsequent regular seasons, while the winless teams won an average of 7.3 games. The teams that are undefeated in the preseason aren’t getting any sort of boost from their hot “start,” and they’re barely better off than the teams that are terrible in August. Setting our sights narrower, a 2006 study suggested that teams that beat opponents in the first half of a preseason game did well against that same opposition in the regular season.

What about the breakout passer of the preseason? Blake Bortles was expected to be a project even after the Jaguars took him with the third overall pick in the 2014 draft, but he’s looked brilliant and decisive during Jacksonville’s first two games, posting a passer rating of 96.9 while inspiring calls for the Jags to start him over Chad Henne. Does his hot start suggest he’s ready to play earlier than just about anybody expected?

There’s never anything wrong with playing well, but the evidence that it means something for Bortles’s future isn’t especially strong. Since 2000, quarterbacks selected with one of the first five picks in the draft haven’t especially done well during their rookie preseason. Combined,6 they’ve completed just 55.0 percent of their passes, thrown nearly as many interceptions (26) as touchdowns (27), and posted a passer rating of just 73.4.

Bortles has played much better than the group’s cumulative performance, but even that’s not a feat. The highest passer rating in that group during their rookie preseason belonged to Mark Sanchez, who had a 111.0 preseason passer rating as a rookie. Robert Griffin (103.3) was second. Sam Bradford (95.9) was third. Not great. (To be fair, Andrew Luck is fourth.) Players like Philip Rivers (46.4) and Eli Manning (53.7) were far below the likes of Joey Harrington (74.5). You get the idea.

The most painful anecdote was dug up a couple of years ago by Chase Stuart, who noted that Ryan Leaf received plenty of plaudits for his work during the 1999 preseason, including an exhibition game in the critical Week 3 in which Leaf went 15-of-24 for 172 yards with both a passing and–– rushing touchdown. The opposing starter went 11-of-21 for 123 yards with two picks, showing that he — rookie Peyton Manning — wasn’t the real McCoy.

It’s not necessarily a surprise that Bortles would do better in the preseason than he might in the regular season. Athleticism and raw ability play up during the preseason, while schematic comfort and the ability to digest more complex coverages in real time — Bortles’s weaknesses heading into the NFL — are less likely to be exposed. It’s no surprise, for example, that a player like Sanchez might look better in the preseason than he would during the regular season, given that he can rely on his instincts. Indeed, Sanchez posted a passer rating of 88.0 during his five preseasons with the Jets, a figure that fell to 71.7 during his time on the field in the regular season. Just as is the case with Bortles, Sanchez’s hot start to the 2014 preseason means nothing in terms of divining his professional future.

We’re cursed to care about this stuff because there’s nothing more interesting to distract us. It’s the same reason why we were talking about Jadeveon Clowney’s “first NFL sack” this past weekend, even though we’ll refer to his first sack during the 2014 regular season as Clowney’s first professional sack from that point forward. Likewise, regardless of what Bortles does as a pro, nobody will ever use his preseason performance as proof that he wasn’t ready or a star in the making. The preseason, at best, is a summer fling.