Why Is the Premier League Table So Weird Right Now? 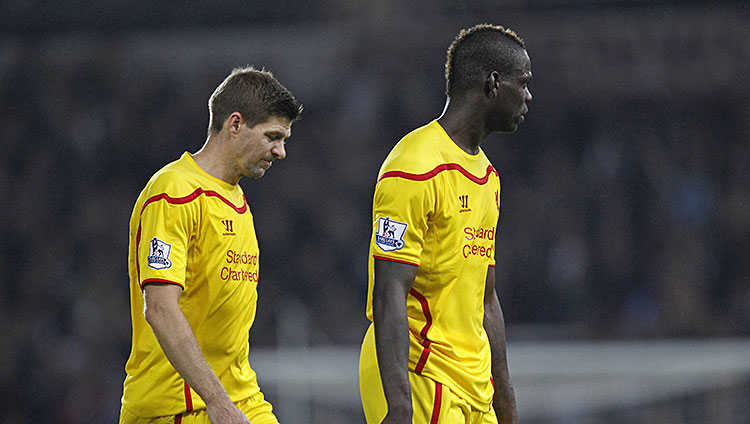 Only one match in the Premier League this weekend ended the way most people expected. Amusingly, that was the biggest match of all: Chelsea’s cagey draw with Manchester City. Mind you, the path to that draw was about as dramatic as it gets, with a down-to-10-men City getting a late goal from, who else, former Chelsea icon Frank Lampard.

Outside of that and three minutes of goal-scoring fire from Arsenal, nothing went according to script in the Premier League.

Liverpool, Tottenham, Manchester United, and Everton all managed to lose to teams they theoretically should have beaten. The carnage has resulted in a very weird-looking upper half of the Premier League table. Only two teams in the top five — Chelsea and Arsenal — are clubs you’d really expect to be there. Those two London megaclubs are now rubbing shoulders with party crashers like Southampton, Aston Villa, and Swansea.

The rest of the Premier League’s usual top seven are scattered around the table. Manchester City are lurking in sixth, with Tottenham a point behind them in ninth; Liverpool are in in 11th; and their rivals Manchester United and Everton are in 12th and 14th, respectively. Sure, all of these teams are bunched together, with only a few points separating them, but Manchester City is the only club really within shouting distance of the top.

Given that it’s only September and one or two weird results can skew things, it’d be easy to dismiss this as early-season craziness. And looking at results this season as compared to last year, with help from a metric that Infostrada Sports head of analysis Simon Gleave calls the Season Comparative Results, or SCoRe model, it doesn’t seem too much has actually shifted.

Things just don’t tend to change that much in the Premier League, other than when Alex Ferguson retires, apparently. And with the rather large exception of Manchester United, the top seven teams, including the mighty Chelsea, are all within three points of where they were a year ago.

When you look at it that way, it really might just be a matter of a fluky early schedule combined with a weird result here and there. Southampton, for example, despite sitting second in the table, are actually behind last year’s results, according to SCoRe.

Maybe, rather than the usual suspects being flawed, Swansea’s and Aston Villa’s hot starts are messing everything up. Both teams have notched wins against top-seven sides, and both sport sets of underlying statistics that make the numbers crowd highly skeptical. Take away Swansea’s opening-day win at Old Trafford and Villa’s victory last week at Liverpool, and all of a sudden, the table looks a lot more normal. Order would be restored.

Usually, by the time five matches are over, the presumed cream has risen (or at least has begun to rise) to the top. In the five previous seasons, the teams we now think of as the top seven dominated the table after five matches. Only Newcastle in 2011-12 and Aston Villa in 2009-10 upset the applecart.1

Now that we’ve talked about some of the table wonkiness, let’s talk about the football the usual top seven are playing. It’s not that good.

Manchester United’s problems are well documented — though managing to go from winning 3-1 to losing 5-3 against Leicester City, in just over 20 minutes, is extraordinary, even given the bar set by previous Manchester United meltdowns.

Elsewhere, Everton have conceded the most goals in the Premier League. Liverpool continue to have problems breaking down teams that set out to defend; the Reds have no problem creating chances against aggressive teams like Tottenham and Southampton, but, per ESPN’s Stats & Information, they failed to create one expected goal’s worth of chances against either Aston Villa or West Ham, losing both of those matches. Spurs, meanwhile, have turned in exactly one impressive performance, and that was against a dire Queens Park Rangers team.

It’s not all that rare for a good team or two to start the season with some minor struggles. Schedule, injuries, poor form — sometimes teams start off behind the eight ball. What is rare is when it happens to a bunch of teams at once. And that’s what we’re seeing this year.

It’s possible that a World Cup hangover is hampering some of the top teams. Combine that with managerial changes at United and Spurs and a whole lot of roster changes for Liverpool, and you might have the ingredients for these sides’ slow starts. It’s also possible last season gave us a false sense of how good Everton were, or that Southampton’s roster overhaul has turned them into a club that can contend for a top-six finish. Mix it all together and you have the recipe for a topsy-turvy season. Or, maybe three weeks from now, normal order will be restored.

What’s great about this Premier League season now is that, whatever happens, it’s going to be out of the ordinary. If things return to normal, then for the first time in a half-decade, the end-of-season table will contain dramatically different teams from the table after five matches. If things don’t return to normal — well, then, some very unexpected teams will end up touring Europe next year. Either way, the outcome is a great example of how unpredictable sports can be. That’s kind of what makes them awesome.