Why Are We Doing This in May? 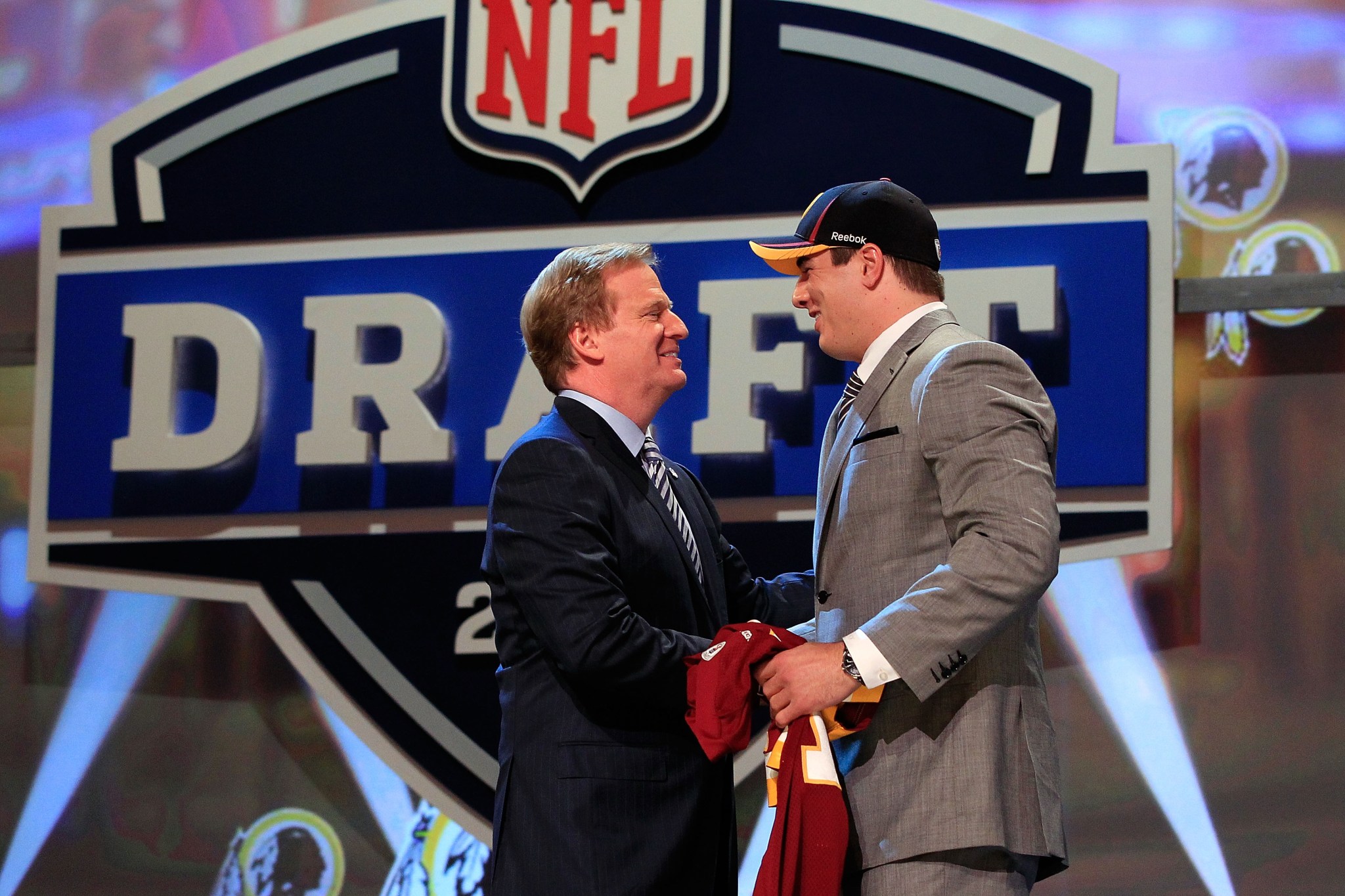 Why is the NFL having the draft in May? This is a question I’ve been asking myself for 10 weeks. We are now five hours from the draft, so let me just get some last-minute venting out of the way.

Technically speaking, this happened because there was a show scheduled at Radio City Music Hall when the draft would typically be held in mid-April. But let’s be real. Do you really think the people running the most powerful league on earth couldn’t have worked out a solution if they wanted to?

Moving all this to May was just one more step in football news taking over the entire calendar year, which is really what the NFL’s best at. The draft is the perfect case study, because it’s so much more than the draft. It’s the combine, individual workouts, psychoanalysis from scouts, team-by-team breakdowns, trade rumors, mock drafts, and then finally they have the draft.

Elsewhere, the NFL Network’s bigger than ever, there are pro football games on every Thursday now, and free agency has turned into its own weeklong event. Sports are in an endless battle for attention all year long, and the NFL is Khal Drogo in this fight.

But we’re talking about the draft, so let’s use him as an example. How does Khal translate to an NFL defense? Could he play with his hand in the dirt, or would you have to stand him up and make him a specialist?

The tape is impressive, but how was the competition?

How does he grade out as an athlete?

Is he playing for himself or his teammates?

Don’t you have questions about his technique?

How big are his hands?

This has been NFL news for three months now. Khal Drogo could literally tear out a quarterback’s larynx with his bare hands, but if he were in this draft, we’d all be arguing about his goddamn footwork or something.

That’s what the draft is now: It’s a bunch of nitpicking and rumors designed to promote arguments, which in turn becomes news. The draft process gives us everything that’s annoying about football and without anything (the games) that’s actually fun. Maybe it’s always been like this a little bit, but the extra few weeks have made it feel extra stupid this year. The motor questions, the rumors, the hand measurements … Even hearing people make fun of the scouts has gotten old, because we’ve been doing THAT for three months, too.

I’m just excited for all of this to be over.

We should never have the draft this late again. Right? It’s too much. Everyone agrees adding an extra three weeks was a terrible idea.

That’s where this would end, but then this report surfaced yesterday and put me over the edge:

Three NFL people that I really trust say the league is giving serious consideration to scheduling the draft a week or two later in 2015.

All right then. Next year it gets worse!

I used to love the NFL draft. As a freshman in high school I would sit in the back of Spanish class and write out elaborate, multi-round projections for every team and every player. “Not mock drafts,” I would tell anyone who asked what I was doing, “but more like a three-round layout of which players teams should draft.” (No, I’d never kissed a girl at this point in my life, why do you ask?) I followed most of the same rules Matt Taibbi lists here. Always bet on speed, always go after the “character risks” who failed drug tests, because those guys usually turn out awesome. Always trade down and go after max value in the second and third round, etc.

The draft felt like a whole different sport. It had its own stars — Bill Belichick and the Steelers, mostly — its own highlights, and an endless web of cost-benefit strategy that you could lose yourself in. I was easily the dorkiest participant in all this, but plenty of other people felt the same way. As Sports Illustrated’s Tim Layden once wrote:

… prospects spend weeks tuning up for the scouting combine, on-campus pro days and individual workouts. On Saturday and Sunday, ESPN will provide 18 hours of live draft coverage, pulling in ratings that dwarf regular-season college basketball. Fans in game jerseys and face paint will swarm into Radio City Music Hall to cheer or chide each pick. In short, an entire culture has grown in support of an event that resembles sweeps month on C-SPAN.

Since then, the draft has gone to three days, with the first round extended and broadcast in prime time on two separate channels Thursday night. And now this year, the weeks of buildup turned into months of buildup that slowly drove us all insane.

Don’t get me wrong, I don’t think any of this backlash makes a difference. The draft will probably do record ratings this year. All the NFL ever does is break ratings records and remind you how bulletproof the formula is. All of its balance sheets look like this.

And I can’t check out entirely this year. Johnny Manziel and Sammy Watkins are two of the most exciting players I’ve ever seen, and I can’t wait to see where they end up. I watched Timmy Jernigan destroy worlds during the national title game, and it’ll be fun to see which city inherits his fat-man superpowers tonight. I also can’t wait to see which team bets the next five years on someone named “Blake Bortles.” (Without looking at any mock drafts, he feels like a Minnesota Viking.)

But as far as the rumors and the psychoanalysis and the mock drafts and everything else? I’m good. Let’s just get this over with.

Maybe it’s because I’m not 15 years old anymore. Or because round-the-clock debates have made this feel less like an awesome distraction and more like something that everyone takes too seriously. Or because the Internet amplifies stupid opinions, and eventually makes you hate all the stupid opinions AND the people who try to look smart by unpacking all the stupid opinions, and it all becomes too much to handle. Or because deep down you know the cynical scouts are probably right, and all the most exciting players won’t be as exciting once they get broken down by the NFL. Or because Roger Goodell and the NFL are so shameless about squeezing every last dollar out of everything. It’s harder to love any of it without feeling like an idiot.

I don’t know, I can’t pinpoint any one reason the stuff isn’t as fun as it used to be. The only certainty is that an extra three weeks gives everyone more time to get bored and annoyed and actually think about what the NFL is talking about. And once you start thinking too hard about why today’s NFL draft kinda sucks, you might accidentally realize why today’s NFL kinda sucks.

The Polanco Problem, the Heyward/ Fernandez Plan, and the Shifting Science of Promoting Prospects

How to Pick Your Draft-Day Hero