Where Does Jim Furyk's 59 Rank? 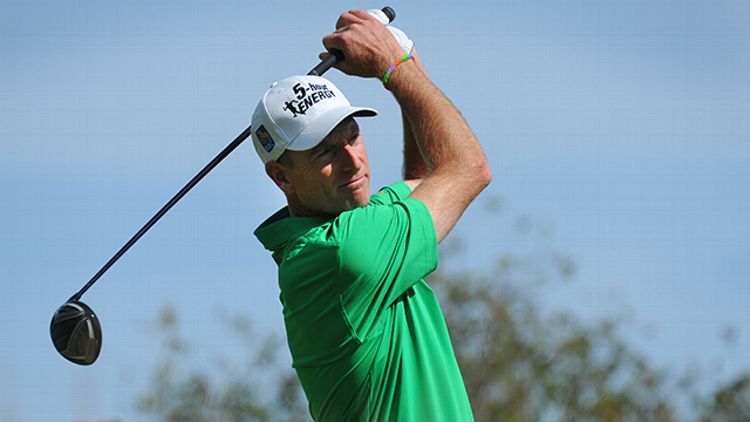 Fifty-nine! On Friday, Jim Furyk became the sixth golfer in the history of the PGA Tour to join the 59 Club by shooting a 12-under 59 at Conway Farms. In the vacuum of golf scoring, where the only opponent is par and raw totals aren’t adjusted in any way, it’s a round that joins those five others as the greatest in tour history.

Of course, there are a number of factors that could distort scoring and make a 59 easier (or harder) to pull off, with differences in overall course difficulty and weather conditions standing out as obvious examples. A 59 is easier on a par-70 course (as Stuart Appleby’s 59 in 2010 was) than it is on a par-72. Furyk’s was on a par-71 course. It’s also more impressive to shoot a 59 on a course where nobody else is within six shots of you than it is to shoot a 59 when there’s, say, a couple 62s and three 63s around the clubhouse.

That’s a question that z-score can answer. I applied the standard score method to golf two years ago in writing about Rory McIlroy’s performance at Congressional. The methodology is explained there, but in short, z-score is a more accurate measure of judging performance because it measures what a player did against every other golfer (who made the cut) on the course as opposed to merely par. In doing that, z-score also has the unique benefit of producing a standardized score that we can compare to other performances throughout history.

As it turns out, one of the 59 rounds does rank as the best in tour history since 1970, which is as far back as my data goes. But it’s not Furyk’s. Al Geiberger’s 59 at the Danny Thomas Memphis Classic in 1977 rates as the best single round in tour history, coming in a full 4.47 standard deviations below the mean performance for that round among players who made the cut.

Why is Geiberger’s 59 better than Furyk’s 59? Two obvious reasons, both of which came up earlier. For one, Geiberger’s 59 came on a par-72 course, while Furyk’s came on a par-71. It’s difficult to put “easy” and “59” in the same sentence, but it would be easier to shoot a 59 on a par-71 on than a par-72. And in part because of that, the scores put up by the rest of the field in Geiberger’s 59 were higher than those in Furyk’s. Geiberger shot his 59 on a day where the average score posted by players who made the cut was 70.2. Nobody else shot better than 65, and only one player shot better than 67. On Friday, while the average score was actually higher at 71.1, there were two players in at 65 and two more in at 66. That might not sound like a huge difference, but when we’re talking about rounds this staggering, that does affect the standard deviation of scores between players and make a 59 just that tiniest bit less extraordinary.

Of course, don’t think that Furyk’s 59 still wasn’t staggeringly impressive. By my count, it’s the ninth-best round in tour history. Here’s a table with the rounds that rated ahead of Furyk, along with each of the five other 59s:

Hale Irwin’s 62 from 1979 is a surprise choice as the second-best round in tour history, but it stands the test of time for the same reason that Geiberger’s round is atop the charts. Irwin shot a 62 on a day where the average score was 71.3 with few others in sight; three other golfers mustered 67 that day and one more hit 68. Just 16 percent of the field that day was under 70; on Friday, nearly 26 percent of the field was under 70.

Furyk’s performance on Friday was stunning; it’s the sort of round that even the best golfers in the world can only dream of pulling off once in a lifetime, and it’s the sort of round that a golf fan rarely gets to see. And 59 will always hold a special place in the hearts of golfers; there’s something magical about starting the end of that scorecard with a “5” that will never, ever go away. But after you account for the context of Furyk’s round, it belongs in a slightly broader club of greatness. Oh, and if you replace Furyk’s round on Friday with Geiberger’s level of performance on Friday, you get 56.996644899; about as close to 57 as possible. That’s the difference between Furyk birdying the fifth hole and bogeying it, as he did on Friday. All things considered, we can probably cut him some slack, right?