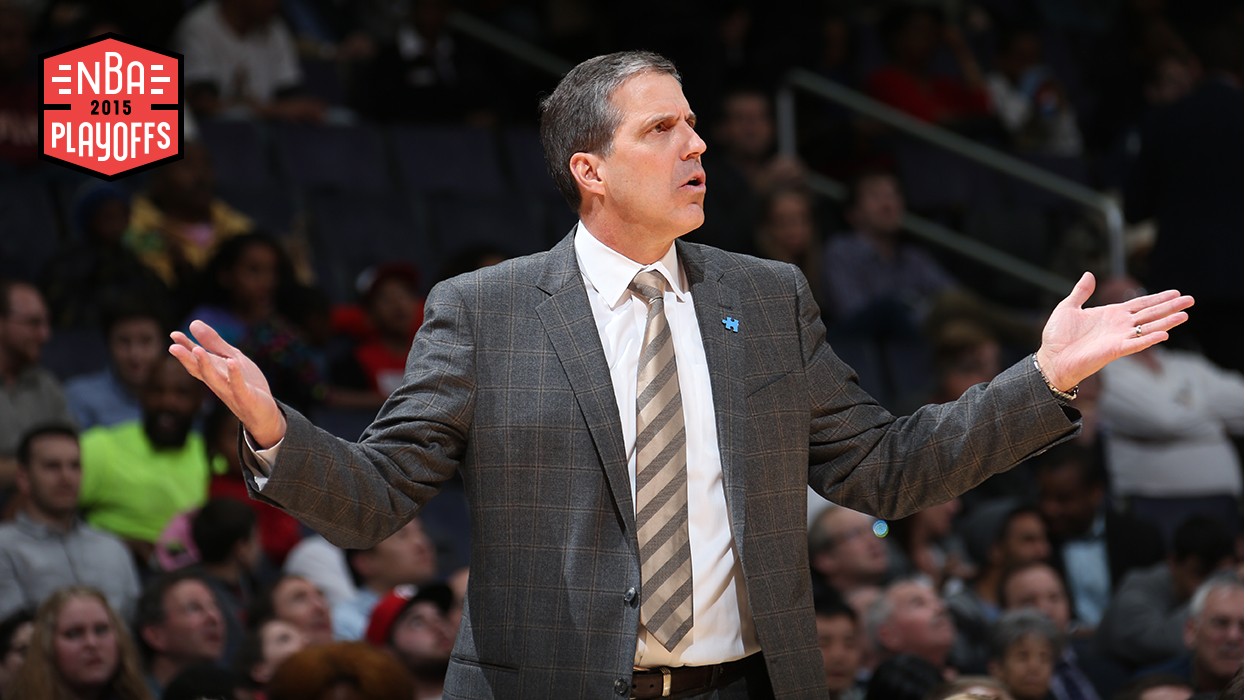 Strange times in D.C. There’s plenty of room for the Wizards to make a nice little playoff run, and there’s even more hope down the line. On the other hand, making a playoff run might save Randy Wittman’s job, and keeping Wittman definitely makes it much harder to get excited for the future. It’s like a much meaner version of the marshmallow test. You could choose to enjoy some marshmallows now, buuuuuuuut … it might get you repeatedly punched in the stomach for six months next year.

That’s where D.C. basketball is. Since at least January, the Wizards have bullied me into cheering for two opposing outcomes and constantly feeling guilty no matter what I choose. It’s horrible. I stopped watching games for about six weeks because of it.

It ends today. Give me the marshmallow. Yes, it’s too bad the Wizards can’t announce they’re firing Wittman regardless of what happens in the playoffs. That would make this easier. Everyone could cheer for John Wall with a clear conscience. It’s too bad this franchise can’t be trusted to make hard decisions, or even just to recognize that it’s playing basketball in 2015, not 1995. But that’s OK. Even without any guarantees, life is too short to play the long game with something as stupid as sports.

It’s time to embrace the Way of Witt and ride this stupid train as far as it goes. Here are seven tips for the journey.

1. Make Peace With Your God

You will see things no basketball fan should see. There will be timeouts that lead to horrific iso plays for Wall; there will be set plays to get Bradley Beal a contested 16-foot jump shot that he’s been missing for his entire career; there will be Kevin Seraphin atrocities that hark back to Andray Blatche. Accept all of this going into the experience.

Don’t half-ass it, and don’t lie to yourself. Take a deep breath. If you’re watching the Wittman Wizards, you are going to war with logic for three hours. Even when they’re winning, the team will look so clueless it will feel like you’re losing. That’s why it’s war. There are no winners in a Wittman Wizards game. Just survivors.

There are a lot of reasons to love this clip — they say a Vine is worth 1,000 failed crunch-time plays — but the best part is Beal’s face throughout the sequence. It looks like he’s about to curse at the beginning, and then it just turns into a blank stare. I’ve been making this face for the past four months. There is almost anger at the start, but then it’s just quiet, empty resignation. It’s Wittman. Everybody knew this was coming.

But the time for quiet resignation is over, right? To prepare for any Wizards game, it’s very important get the defeated blank stare out of the way early. Let your heart calcify before the game even starts.

No problem is too big or too small to ponder in this anger session. Let yourself seethe. It’s like anti-meditation. Think about giving Trevor Ariza’s money to Martell Webster. Remember Trevor Booker? Every time Seraphin gets lost on defense and bricks a turnaround hook off the front of the rim, I miss Booker a little more. Think about everything.

Get it out of your system. This will make it easier to go nuts later on, when it’s time to experience sports like a regular human.

There will be plenty of people who try to tell you that Beal looks lost on offense. “He’s regressed,” they say. “He’s overrated. He’s turning into Eric Gordon before our very eyes. Everyone keeps blaming this season on Wittman, but Beal has been one of the most disappointing players in the league this year.”

These people aren’t wrong. This is also probably the most compelling reason of all to make a coaching change this summer.

The Wizards have been using Beal like he’s Dwyane Wade, when his real destiny is closer to someone like J.J. Redick or Klay Thompson. Of course, to use him like that, they would have to run offenses like the Clippers or Warriors, and that comes back to Wittman. Really, Beal’s struggles are more symptom than disease. Just keep telling yourself this.

Another thing to keep telling yourself: As bad as things sometimes look — like, say, Game 1 in Toronto — Beal is only 21. That’s four years younger than Jimmy Butler or Thompson. There’s plenty of time to turn things around, and even if Wittman comes back next year, Beal will at some point play for a real coach who uses him in smart ways. He will ultimately end up somewhere in the middle between Redick and Ray Allen on the spectrum of shooting guards. This will work out. OK? This will work out. Beal is 21 years old.

Stop trying to figure out how the rotations work. Just fucking give up. Seriously. It took the Wizards 83 games to realize Paul Pierce makes sense at the 4, with Otto Porter at the 3 and Marcin Gortat rotating with Nene down low.

Pierce played just 4% of Wizards regular season games at the 4. They were a plus-34.

Game 2 is tonight, and I promise you, this lineup will be underutilized and ignored for the better part of the game.

Trying to understand Wittman substitution patterns is like putting your brain in a washing machine. You’re better off embracing the chaos and rooting for Wall to be so good that none of it matters. Which reminds me …

Watch him throw himself all over the court on defense. Watch him get wide-open looks for everyone on the court. Watch him miss a lot of horrible jumpers, sure. But then also watch him win you back by defying physics at the rim. He isn’t Gilbert Arenas or Russell Westbrook. He’s much closer to a classic point guard, with the caveat that he’s asked to do way more for this broken-down Wizards team. And most of the time, he does it really well. He plays at 110 miles an hour, he says all the right things, and a year with Pierce has only made him smarter. As frustrating as the Wizards can be, having Wall as the leader for the future is every bit as reassuring. He’s everything anyone could ever want in a franchise player.

The key to enjoying the Wittman Wizards is to stop asking, “What would Wall look like in a real offense?” Start asking, “Is Wall amazing enough to make this work anyway?” That’s what we’re rooting for.

6. Remember That You Have No Power

Watching Wall’s breakout season become engulfed by dysfunction — with a vicious combination of Ernie Grunfeld’s roster and Wittman’s coaching — pretty much broke me this year. I don’t know if I can do this for another season. The mistakes are too familiar, and Kevin Durant hallucinations aside, the stakes for the future are too high. This team could be so fucking fun with a smart coach and decent roster around Wall. It’s why dreaming of a Raptors sweep made sense no less than a week ago.

It’s not just the crunch-time war crimes happening now that bother me. Coaching actually matters a lot more when you project the future. It’s the reason certain players turn into Kawhi Leonard while others turn in Jan Vesely. Look at what’s happening to Porter and Beal. The development of young stars is one of the big reasons certain teams look like attractive places for free agents to play, while other teams remain locked in fifth-seed hell for years at a time. This is all very simple, but somehow the Wizards keep missing it.

But all of that’s on management. You are powerless. I am powerless. It is only by letting go that we can take back control. Stop thinking about the future you can’t change. Let sports be simple for a few weeks.

7. Realize the Truth Will Set You Free

Say hello to my little friend. 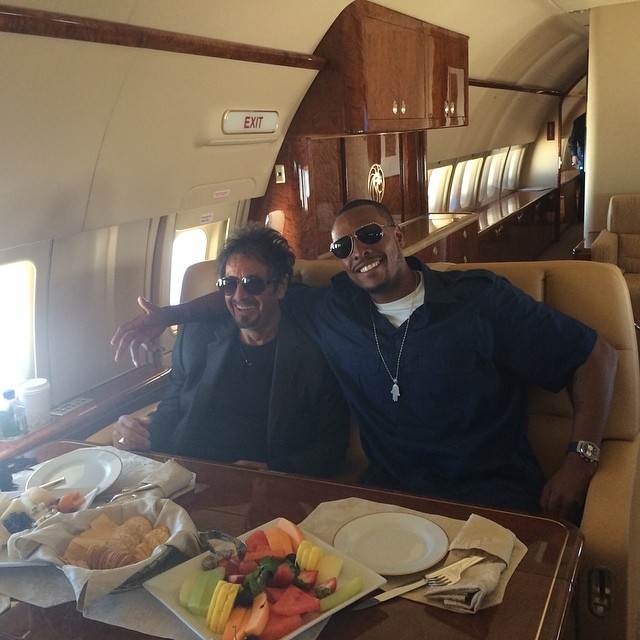 He’s the ringer at this table. 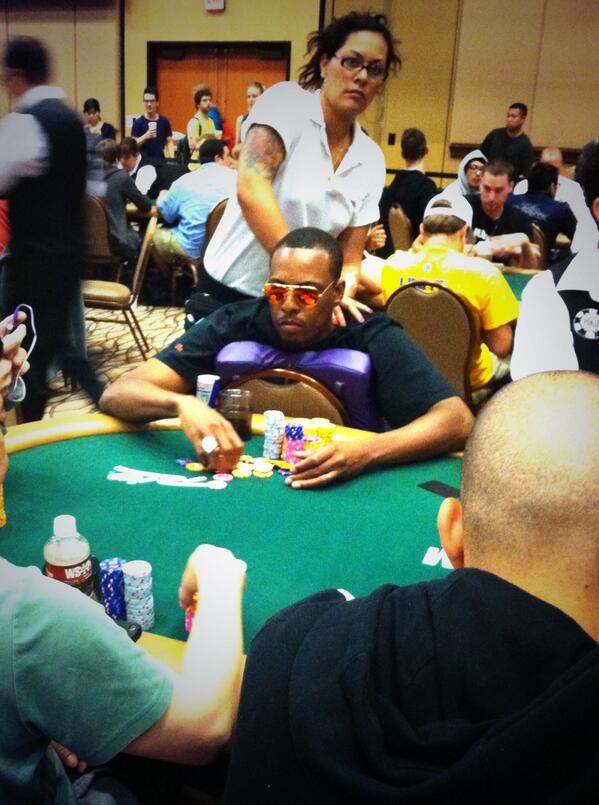 Once the Wizards start giving him the ball in crunch time, it will only get better. That’s why they brought him here.

You can get all philosophical weighing the future against the present, but once the game starts it’s pretty basic. All sports teams are stupid most of the time. Being a sports fan is even dumber. We are all slamming our heads against a wall every year. But then there are certain athletes who are so cool they make it all worth it.

No matter what happens, no matter what it means for the future, I am not rooting against dusty-ass genius Paul Pierce. It just isn’t possible.

If you can’t root for this picture to haunt Toronto’s dreams for the next six months, I don’t know what to tell you. 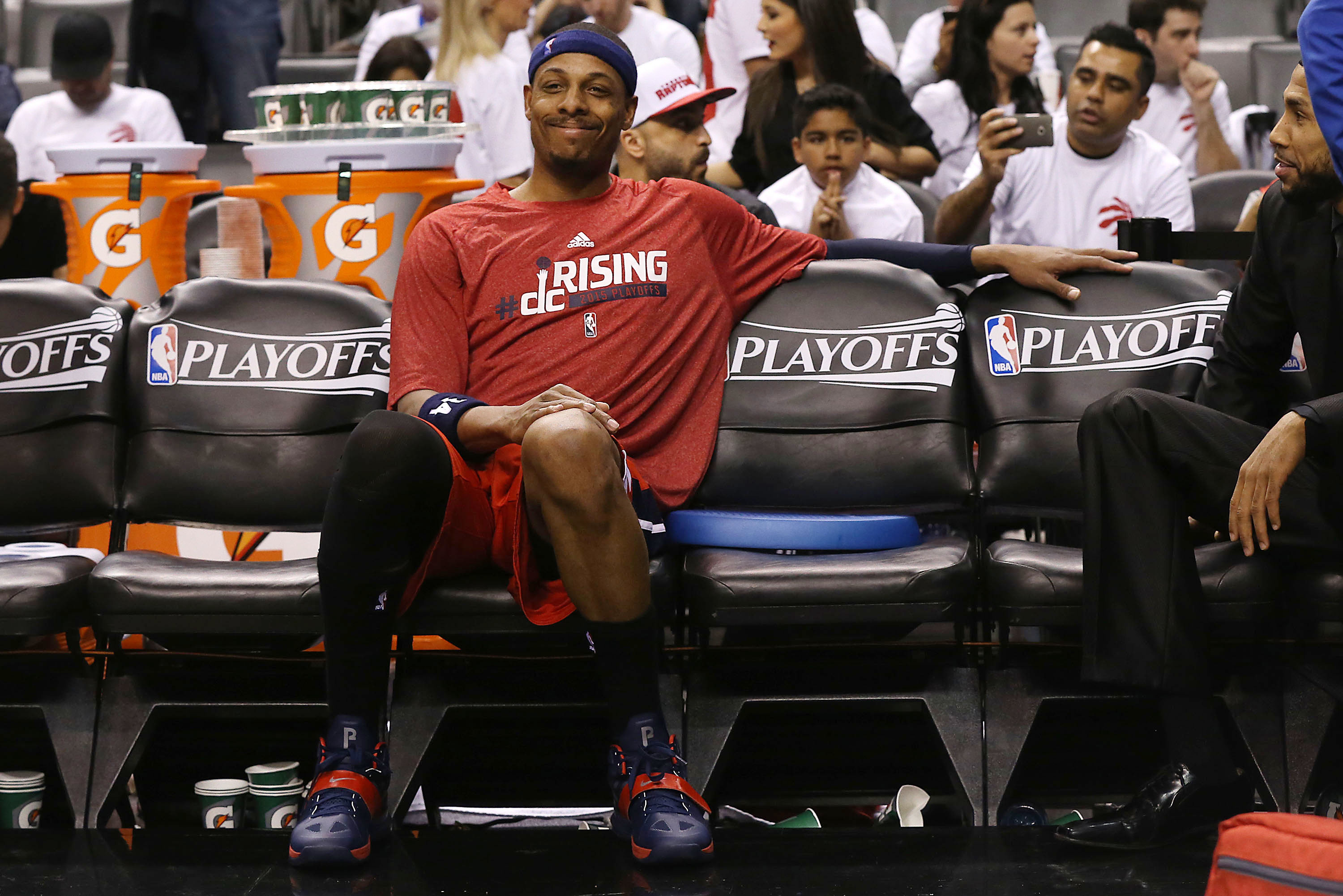