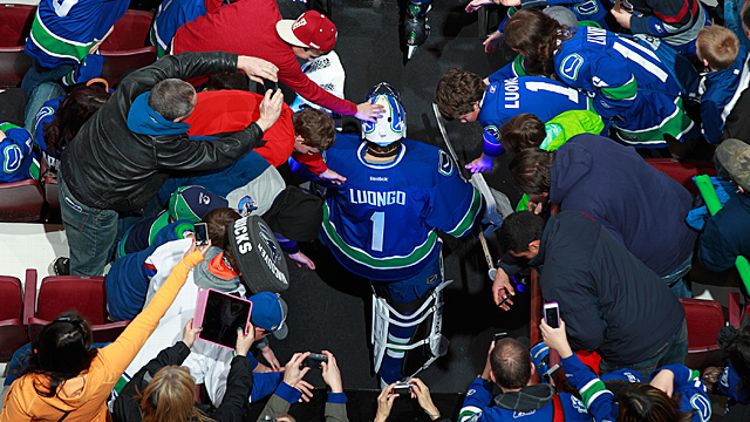 Another NHL trade deadline has come and gone, and once again the day was relatively underwhelming. While there were some big names moved, there were only a total of 17 deals made all day, and the first didn’t come until 12:20 p.m.

Over the last decade, the trade deadline evolved into a league-wide mega-event. In Canada, multiple television networks spend the entire day covering it, and the hype can build to almost unbearable levels. For the past few years, the result has been a day full of time-killing, minor deals, and more time-killing.

What happened, trade deadline day? I miss you. I miss us.

Here are eight possible explanations for how we got here:

The salary cap ruined everything

The explanation: This seems to be the most common explanation — the salary cap has made it too difficult to make trades, especially ones involving star players with higher cap hits. That’s especially true for players on long-term deals, since making a mistake on that kind of player can devastate a team’s cap situation for years.

Does it make sense? To an extent, sure, but it’s overblown. Cap hits are prorated, so by the time the deadline arrives, teams can take on big contracts without upsetting their cap too much. This year, 26 out of 30 teams had enough cap space to take on more than $14 million worth of contracts. Granted, that space for this year doesn’t help with the long-term deals, but it should be more than enough for some big-name rentals.

The explanation: This is another point related to the salary cap. Teams are locking their star players up on long-term deals, which drive prices up for the few players who do make it to free agency. All that adds up to a situation where young stars on their entry-level deals are the only real bargains, and, historically, the only way to get players like that is with high draft picks. First-round picks used to be the standard currency of the deadline, but these days not even contenders want to move them.

Does it make sense? Yes, although it’s worth keeping in mind that NHL draft picks are never worth as much as we all think they are. For the elite teams like Pittsburgh and Boston who know they’re drafting at the end of the first round, it makes sense to move them. Everyone else is reluctant.

The standings are so much tighter

The explanation: A good deadline day needs some motivated sellers, and these days the NHL standings don’t create many of those. This year, there were only four teams in the entire league that weren’t within six points of a playoff spot. Six points! That’s just one three-game winning streak. What team would go into sell mode when they were three games away from the promised land?

Does it make sense? Not really, since those tighter standings are an illusion. Thanks to the loser point, it’s much harder to make up ground because the teams you’re chasing can put points on the board even when they’re losing. A team that’s six points out at the deadline is basically dead. They just don’t look dead, and for a GM who wants to live in denial, that can be enough.

The explanation: Some teams are still making deals, but they’re not waiting for deadline day to do it. With the lack of significant bidding wars, there’s no need to wait until the last minute, so GMs are setting their prices and then making the first deal they can find that fits.

Does it make sense? Yes, and the evidence is pretty clear. This year, Jarome Iginla was the biggest name available, and he was gone a week before the deadline. Last year, it was Jeff Carter. In 2010, Ilya Kovalchuk. It seems clear that deadline day has morphed into deadline month.

There are too many no-trade clauses

The explanation: By one count, there are over 150 no-trade or no-movement clauses of some kind in effect this season. That takes a lot of the power out of the hands of the GMs and gives it to players who can either hand-pick their destination, or refuse to move altogether.

Does it make sense? Yes, although it’s not like NTCs are something new, and most guys who have them are still willing to move if the situation is right. But anything that limits the teams who can join in the bidding will drive down prices.

The explanation: If the whole idea behind deadline day was to load up for a run at a title, it makes sense to look at some of the past champions and see what they did. And more often than not, the teams that made deep runs were actually pretty quiet, maybe adding a depth player or two. Meanwhile, the teams that made the blockbusters were often sitting at home by the time the finals rolled around.

Does it make sense? It did, until last season. That’s when the L.A. Kings made an aggressive pre-deadline deal to land Jeff Carter, then went on to win the Stanley Cup as an 8-seed. Fans had hoped that notoriously copycat NHL GMs would take the hint, but no such luck.

The market is just correcting itself

The explanation: We all knew that deadline day deals were getting out of control for a few years there. Apparently, most of the league’s teams figured it out, too, and did the smart thing by reining it back in. In other words, deadline day isn’t broken now — it was broken back then.

Does it make sense? Sadly, it probably does. Curse you, NHL general managers! Go back to being stupid!

Trade deadline day isn’t getting worse; you just think it is

The explanation: A trade deadline is like an old season of Saturday Night Live — pretty hit-and-miss when you’re watching it, but later you just remember the highlights and convince yourself it was great. If you go back and look at all the various deadline-day deals over the years, you’ll find that most of them weren’t as interesting as you thought they were after all.

Does it make sense? Yes. Yes, it does. Let’s just go with this one.

'Cincinnati Is a Joke to Pitch In': A Not-So-Brief Chat With Pete Rose