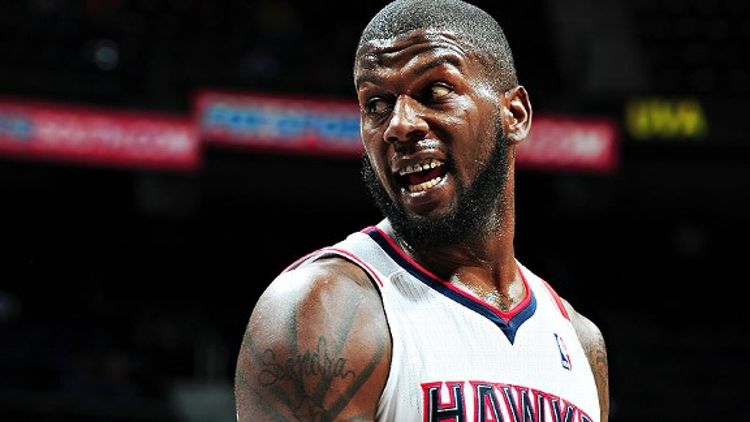 This week, NBA fans have been privileged to witness a number of exciting finishes, amazing individual performances, and that time that Blake Griffin dunked all over Kris Humphries’ face. Also, because of the special nature of the shortened season, it’s an extra exciting time to be a fan, since one’s favorite team is on television almost every night. While it is great for the spectator, the lack of rest is beginning to have a negative impact on the players. And it’s not just hurting their joints.

In years past, days off surely gave players time to rest their knees, but it also gave them time to sit and think. When I say “time to sit and think,” I don’t mean “time to finally read that last chapter of Jude the Obscure” or “time to consider the negative impact they may or may not be having on their community and those that look up to them.” I’m only talking about “time to think of awesome stuff to say when microphones are put in front of their faces.”

Sadly, with the 66-game format, our heroes do not have time to think anymore. This is not good. As someone who truly appreciates it when NBA players speak off script (i.e.: Always. Scripts = Reading. Reading = School. School = Not in the NBA), I’ve been searching far and wide for the player who will fill the shoes (size 22) left by one of the league’s greatest talkers: Shaquille O’Neal. Yes, I thought it was unreasonable to assume any one man could begin to fill the void left by Big Aristotle, that was, until I was introduced to a man they call Ivan Johnson.

For those of you who tuned in to Part I of The Ivan Johnson Chronicles, you know that Johnson is the Hawks’ 27-year old rookie, he was banned from playing basketball in South Korea, and he plays with a diamond grill in his mouth. Even though things of the absurd and legendary are to be expected of Ivan from here on out, no one was ready for what he had to say, once finally prompted to speak.

Via The Atlanta Journal-Constitution:

“My thing is, I don’t really watch basketball so I don’t know who anybody is,” Johnson said after sinking two free throws with 4.6 seconds left to give the Hawks a 93-91 victory over the Timberwolves Saturday. “So when I match up against them, they are a regular player. I know the major players like LeBron [James], Kobe [Bryant], [Dwyane] Wade but all the extra ones I don’t know. Even if I did know them, I’m not going to be afraid. We are playing basketball.”

Not only is this the most unbelievable way to welcome yourself into the brotherhood of the NBA, but it also tells us some other things about Ivan that must be true for this passage to be accurate:

With this statement, Ivan is truly cementing his claim as The Most Interesting Man in the NBA. If he keeps helping the Hawks win games and his profile continues to rise, more will come out about this mythical creature. It’s only going to get better, people.

Until Part III of The Ivan Johnson Chronicles is published (there’s no way of telling when this will happen, it could be next month, next week, or at 6 p.m. EST, this is IVAN JOHNSON we’re talking about), thank you, Ivan. Keep up the good work and whatever you do, please continue to not learn things about your profession, or your surroundings, or your colleagues. You’re the best.

WE TAKE IT BACK. ROB LOWE WINS RANKONIA