We Went There: Heat-Celtics, Ubuntu in Winter 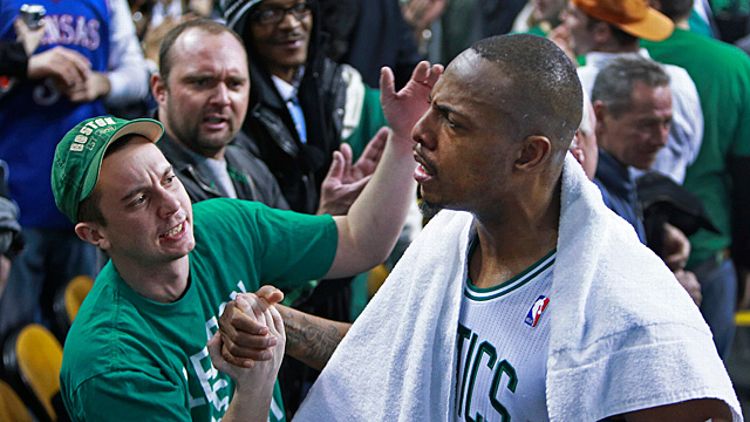 “You know it’s just a nickname, right?” That was Glenn “Doc” Rivers’s response to a postgame reporter who had just asked him whether Rajon Rondo would be ready for the beginning of next season. The enigmatic point guard had a torn ACL and is out for a long time, but the exact schedule remains unclear, especially to a heartbroken basketball coach with a medical nickname. The Celtics had just recorded their biggest win of the year, but that now seemed unimportant.

Only a few hours earlier, the Celtics’ biggest problem (that they knew of) was a 7-game losing streak. The team was playing horribly. Following a key divisional loss against the Knicks on Thursday, Boston traveled to Atlanta, where they blew a 27-point lead and lost in double overtime. By Sunday morning, conversations about the Celtics included terms like “rock bottom” and “blow it up.” To make matters more urgent, the Heat were in town for a one o’clock nationally televised ABC game.

Just before tip-off, word spread that Rondo was a late scratch. This was deflating to fans, since this was the big “Ray Allen” game, and because “National TV Rondo” is a thing now. But the worst news was yet to come. Shortly after the game started, eerie tweets began to appear in the timelines of fans and media alike. David Baumann was one of the first to rattle the Garden with this vague bombshell:

The whispers began, but nobody believed this; it just didn’t add up. If Rondo had a crippling knee injury, why was he a late scratch? Why did he go through warm-ups? Why did the early reports use the term “hyperextension”? Why was he complaining about his hamstring and not his knee? He’d finished the game in Atlanta; if he tore his ACL, when did it happen? These were valid questions that even Twitter could not answer.

At some point before the game, the team doctors had performed old-school ligament tests, which Rondo’s right-knee failed. Although these manual tests are inconclusive, the doctors confidently feared the worst and relayed this privately to Doc (and only to Doc, apparently not to Rondo); confirmation required an MRI. During the first half, Rondo traveled to get his MRI at New England Baptist Hospital. Around halftime, Rondo returned to the Garden and people witnessed him walking through the tunnels without crutches. The false-hope tweets started coming in:

Mike Petraglia tweeted: “Rajon Rondo just returned to the building in his warm-ups walking back to the #Celtics locker room slight limp with no crutches.”

Even Rondo seemed to doubt the severity of his injury, asking Jackie MacMullan if she thought he could walk around in such little pain with such an awful injury. But during the third quarter, the final diagnoses would disseminate everywhere. Those worst fears were confirmed; Rondo would miss the rest of the season. Some found out on Twitter, some via text message, some in postgame interviews with Doris Burke.

The key out-of-the-blue victory that provided the Celtics with their biggest moment of the season may have also provided an into-the-black deathblow to the entire Ubuntu era. Rondo’s torn ligament likely hobbled whatever chances remained for Celtics glory this season. Before the game, we were all talking about the losing streak and whether the fans would boo or cheer for Ray. By the end of the game, we’d found ourselves in conversations about acquiring Delonte West, Kevin Garnett’s no-trade clause, and Paul Pierce’s desire to finish his career as a Celtic. And although, it’s probably small consolation to Celtics fans at this point, maybe it’s better to burn out than it is to fade away.

The Rays' Threats Are More of the Same

Who Has the Best Goalie Mask in Hockey This Season?