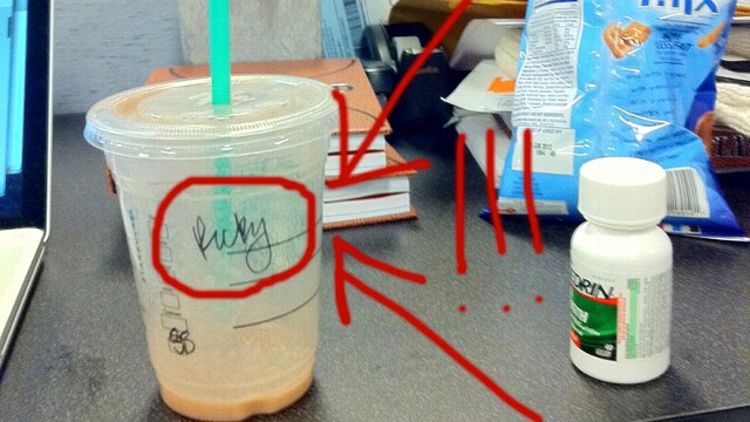 This morning, Grantland investigative journalist Andy Greenwald spotted Ricky Rubio in an L.A. Starbucks. Rubio was eating a fruit salad alone, Greenwald reports. Riveting stuff. Anyway, because apparently, this is what we do now, intrepid Grantland stalker Chris Ryan then stole Rubio’s Starbucks cup. (But is it really stealing if it was trash? This is probably a debate for another time.)

As of press time, the whereabouts of Rubio’s fruit salad are unknown.

So, what’s up, Ricky Rubio! Is it weird that we took a picture of your old Starbucks cup? Does anyone else want this thing? Because I feel kind of dumb keeping it on my desk, but it’s MEMORABILIA now. Should we put this on eBay? Also, sorry to my mom. I now regret not changing my diet of Excedrin and Chex Mix. I’ll get on that next week.

We look forward to your call, Pulitzer committee.